Skip to content
We’re not glued together.
– Patty Andrews

I think the reason I love the Andrews Sisters is because: 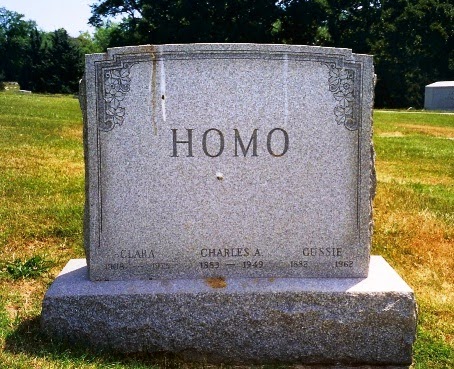 Patty, Maxene and Laverne Andrews were three singing sisters who were best known for dressing in identical military uniforms singing catchy songs using synchronized movements (Bette Midler said they could raise their eyebrows in unison). They were mesmerizing.

They were a very talented novelty act.

They did their own choreography too.

They got their first break as talent contest winners and began touring in vaudeville.

During WW2 The Andrews Sisters were patriotism on tap. They entertained the troops, they sold war bonds and they worked at the Hollywood Canteen for free. They sold squillions of records. They were part of America when most of America stilled loved America (meaning before the internet).

Perspective: as of this writing (2015) their first hit song was released almost 80 years ago.

After the war, their popularity started to wane. Record company executives thought Patty was the total package: Courage, Uniqueness, Nerve and Talent. She went solo (think early-day bug-eyed-bag-of-bones Ross), but the other two only found out about it in the gossip columns. Since the three were still under contract as a trio, they split Patty’s money evenly even if they didn’t sing on her records. Ha haaaaa.

When Patty’s solo career flopped, the sisters performed in the 50s. Go figure. 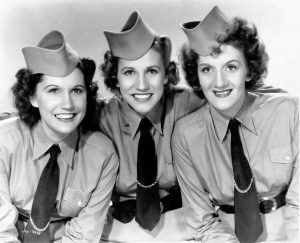 Laverne, the one on the right, was diagnosed with liver cancer in 1966. Patty and Maxene replaced her with the singer Joyce De Young. Laverne died in her Brentwood home on May 8, 1967. She was able to live long enough to see her sisters singing without her because of the inconvenient cancer. 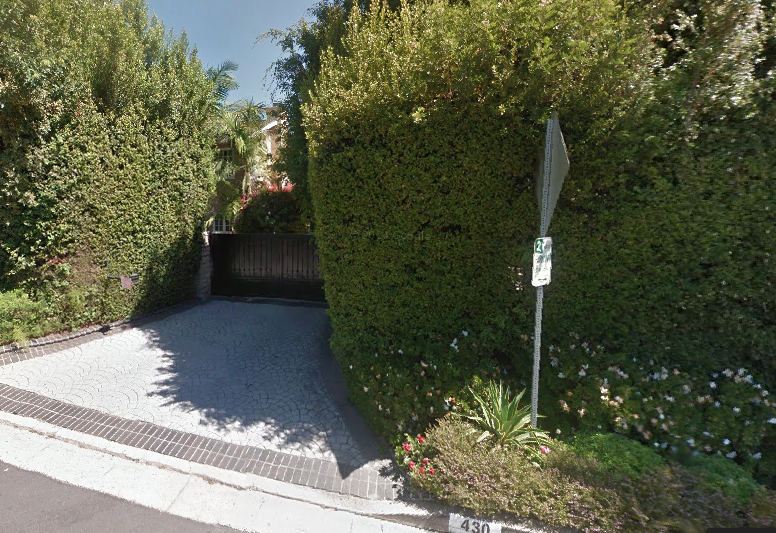 Special thanks to EJ Fleming

De Young toured with the girls but never recorded. The popular story is that Laverne was the “more sane” of the girls. When she died, the group began to circle the bowl.

Patty married a man named Weschler who took over management of the group and Maxene became VERY over it and quit.

“Ever since I was born, Maxene has been a problem.” – Patty Andrews

In March 1974 the two sisters reunited for a show called Over Here! on Broadway. The show had a hugely successful run. It was supposed to go out on tour and, well, the two fell out again. The last time Maxene and Patty were together was the unveiling of their star on the Hollywood Walk of Fame on October 1, 1987.

Maxene, the one on the left, had a heart attack and a triple bypass in 1982. “Mackie” to friends, was visiting Cape Cod when she died on October 21, 1995 in The Cape Cod Hospital from a heart attack. One of the last things she did was sign an autograph for a fan in a bagel shop. 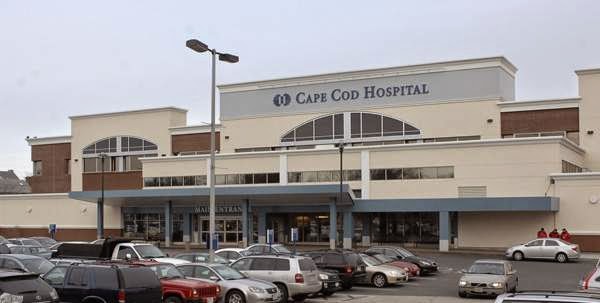 Both Laverne and Maxene are buried in the Columbarium of Memory in the Great Mausoleum in Forest Lawn, Glendale. The girls are right smack dab in the middle in front. 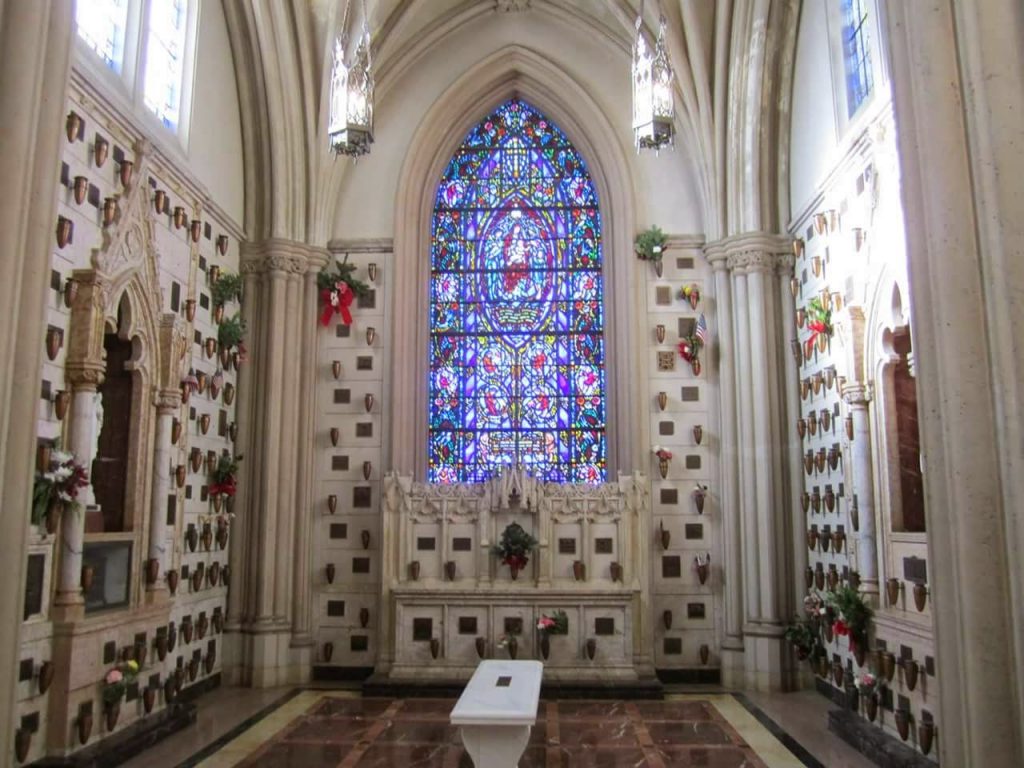 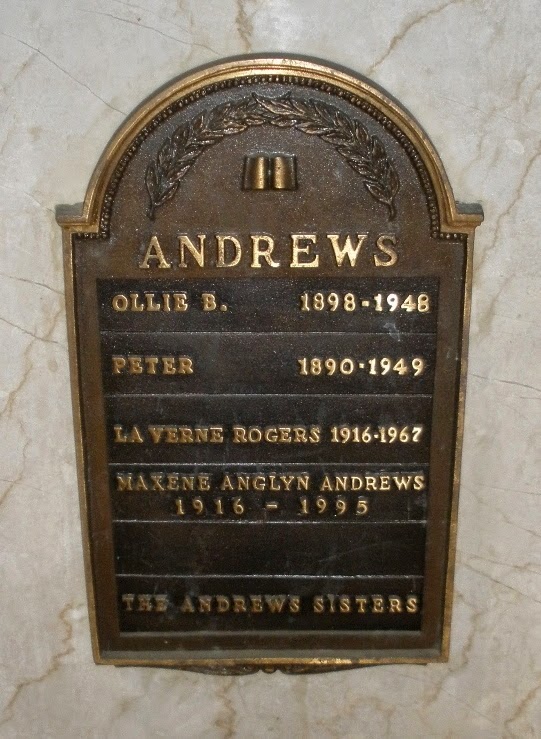 Patty Andrews, front and center, died in Northridge. She was 94 years old. 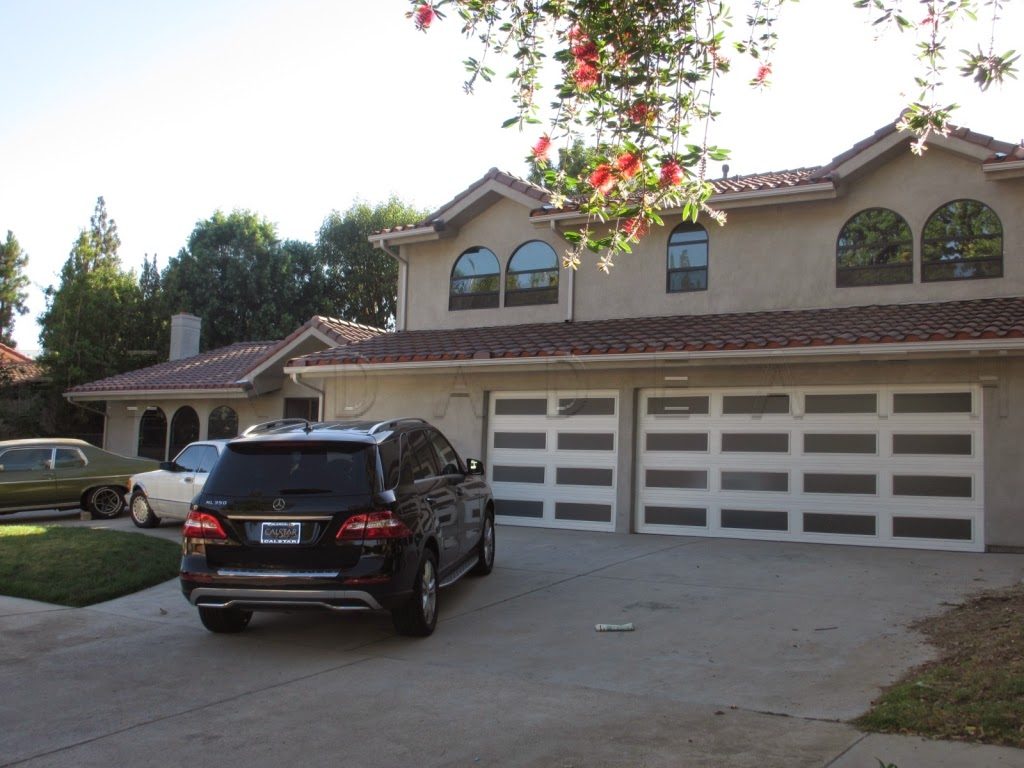 She died in her home.

The Hollywood Chamber of Commerce woke up the 2-year-old they have on standby to make an Elmer’s Glue glitter ribbon for Patty’s otherwise beautiful wreath on the Andrews Sisters’ star on the Hollywood Walk of Fame. 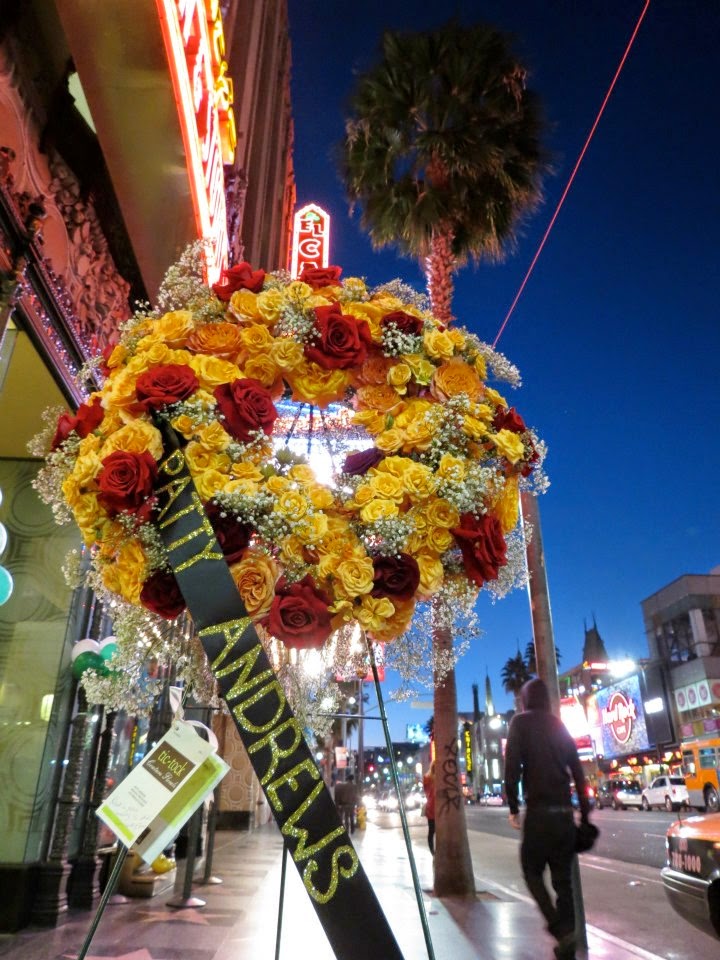 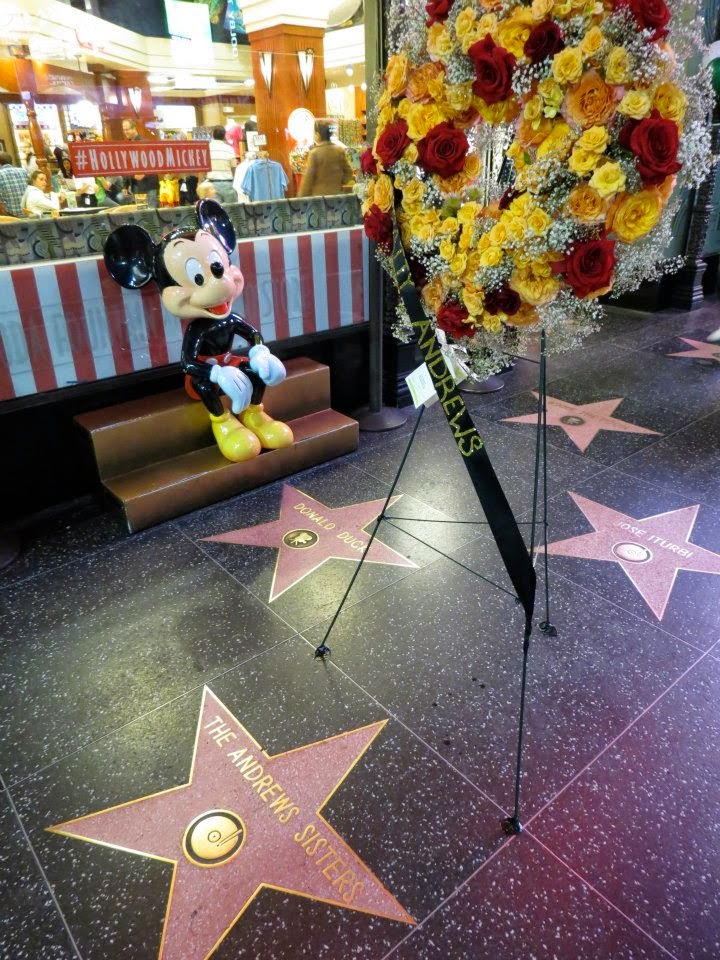 Update: March 2015- Throwback to Patty Andrews’ Death Day – the wreath on her star on the Hollywood Walk of Fame.

You had one job to do. 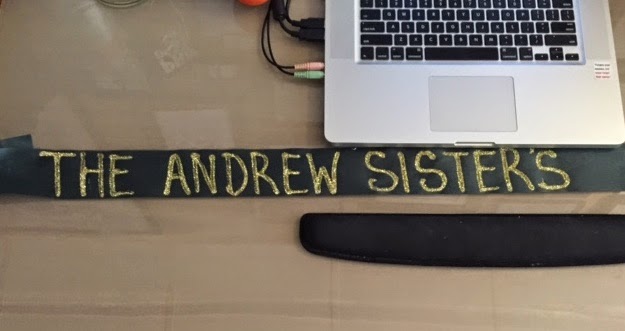 Per Patty’s last wishes, most of her cremains are inurned with her husband at Westwood Memorial Park. A portion shall be inurned with her sisters at Forest Lawn, Glendale and also scattered at her childhood home in Minnesota. 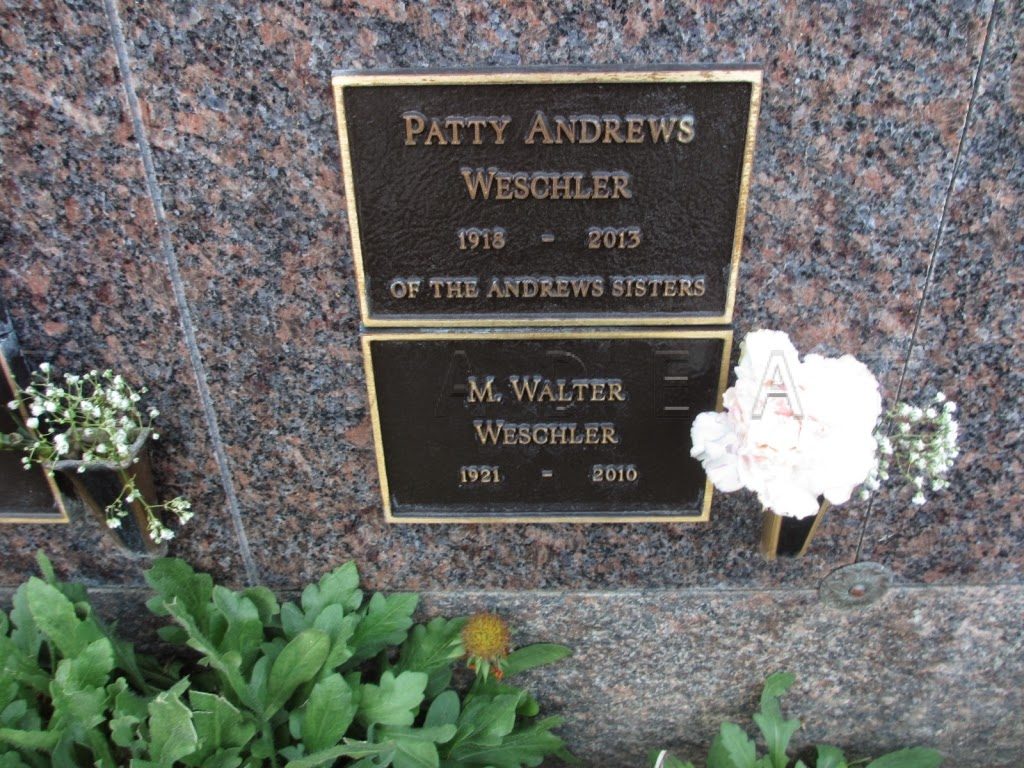 Here’s something you never needed to see.

Trivia: Did you know that Morey Amsterdam was given credit for writing the lyrics to “Rum & Coca Cola?” There was some lawsuit about it which is too exhausting to go into. If you choose, you can read about it here. Did you know the song is about WHORRRRRRRRRRRES? 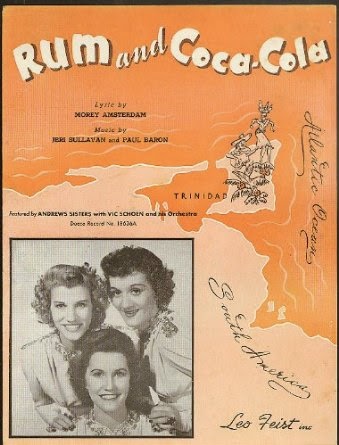 Morey died too. Guess how I know!

Okay, I’ll tell you. I have his toe tag. 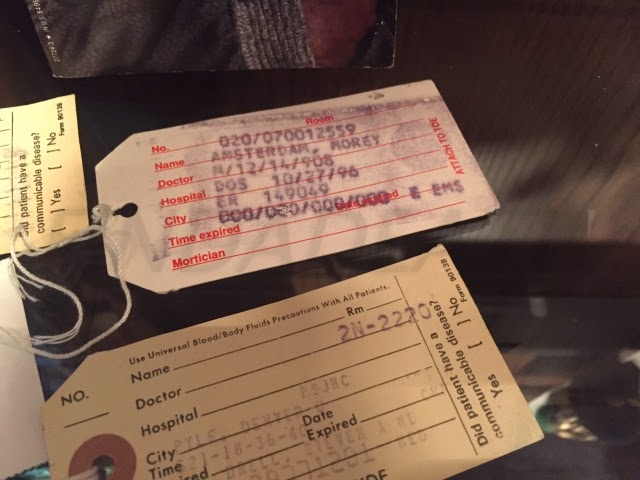 Trivia: Patty Andrews was married to Marty Melcher. She dumped him and he went running to Doris Day. They were married and he took her to the cleaners. They had one child named Terry. Terry was a music producer who lived at 10050 Cielo Drive before Roman Polanski and Sharon Tate moved in. Charles Manson had been to the house to meet with Terry. After Terry moved out and Roman moved in, well, we know what happened then.

Another Degree of Helter Skelter

Patty got a purdy box. 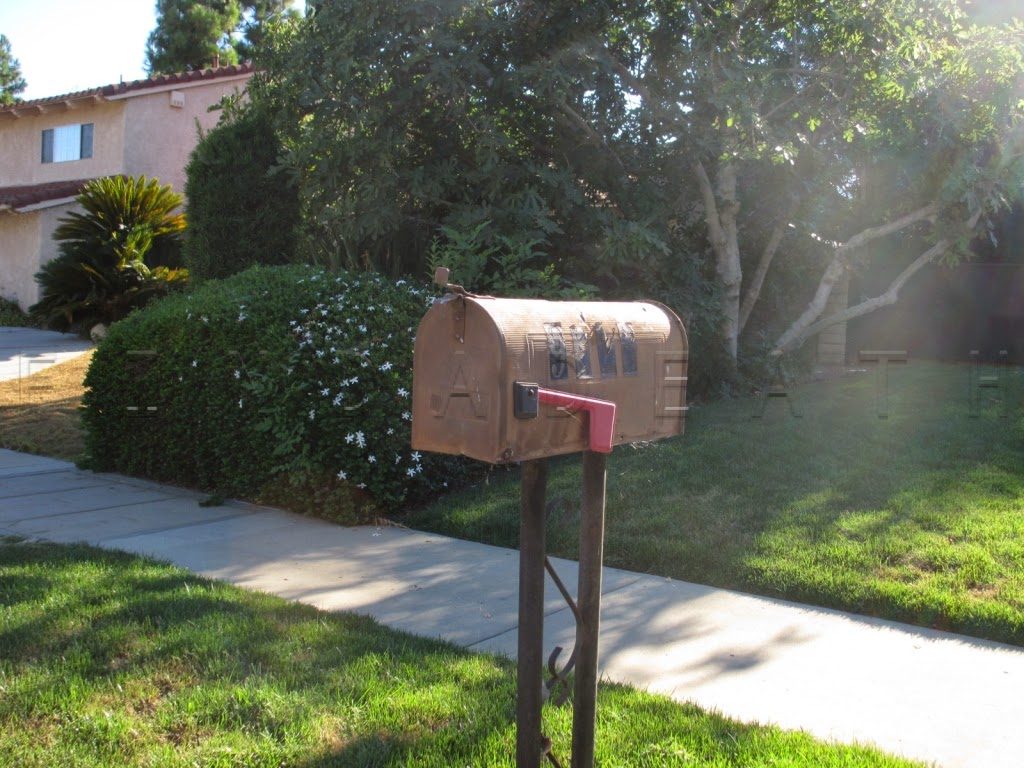 Thanks, Ginny, for the FABulous gravestone picture.

2 thoughts on “Andrews Sisters, The”