Riddle me this, Batman! 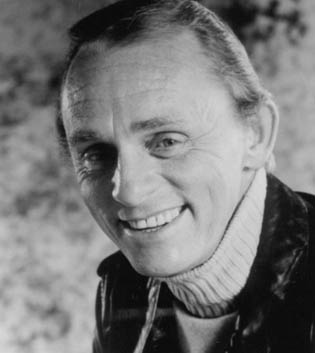 In 1953, at age 19, he entered the US Army. Frank served two years in Special Services as an entertainer. In the army, Frank met Maurice Bergman, who would introduce Frank to a Hollywood agent when his hitch with Uncle Sam was up. Frank quickly landed a role inThe Proud and Profane (1956) and other roles in TV dramas followed. In 1957, while visiting his folks in Pittsburgh, his agent phoned him to rush back to Hollywood for a screen test for Run Silent Run Deep (1958). For some odd reason, instead of catching a plane, Frank decided to drive his car to L.A. Driving 39 consecutive hours, he fell asleep at the wheel, crashed, suffered a fractured skull and woke up in the hospital four days later. To add insult to injury, an L.A. newspaper reported he was killed, and the plum movie role of Officer Ruby went to Don Rickles. 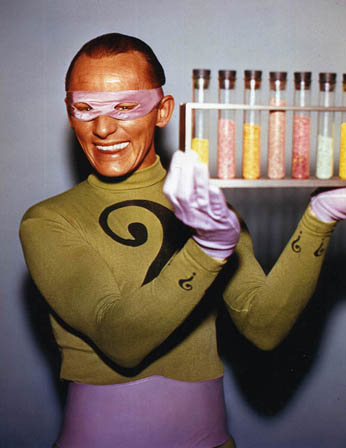 Most people my age remember Frank for his role as “The Riddler” on the TV series Batman. Frank only did 10 (5 two-part) episodes,  but much like Paul Lynde‘s “Uncle Arthur” on Bewitched, it seemed like 100 episodes.  They were just so good at it.

Gorshin developed the maniacal laugh after watching the 1947 movie Kiss of Death with Richard Widmark.  Widmark played the demented Tommy Udo, who pushes a wheelchair-bound old woman down the stairs. Widmark had a crazy cackle when he did that.  Frank drew on that for his role as “The Riddler.”

Gorshin was paid the standard $2500.00 per Batman episode. Everyone did, Vincent Price, Talullah Bankhead, Cesar Romero – the popularity of the guest or character didn’t matter. I imagine that’s why Frank didn’t return for season 2, and John Astin took over the role. 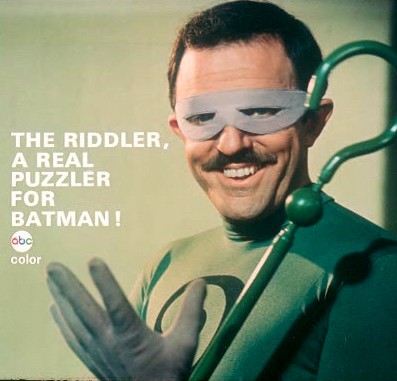 Frank’s real love was doing impressions.   He was the best, even Rich Little thought so.  Michael Jackson, too.  In fact, Michael wanted Frank to teach him how to do impressions.  Jackson flew Frank out to the Neverland Ranch for 5 days, so he could school Michael in the art of impersonation.  Michael tried to be good at everything.  As an entertainer? Amazing.  Impersonations?  Not so much. 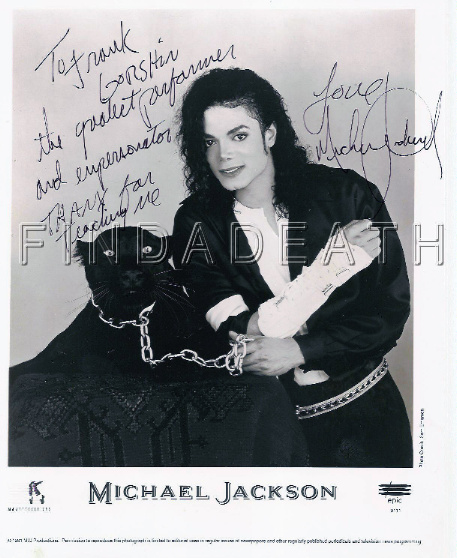 Frank never stopped acting, and he never stopped smoking.  Ever.  Adam West said that Frank could light a cigarette and turn it to one single ash in an unbroken drag.  While he was working, he’d smoke.  He shows up in movies and on TV, smoking. When he toured with his show Goodnight Gracie,  Frank performed his spot-on George Burns impersonation, and smoked.  Burns himself rarely smoked onstage, the cigar was usually a prop.  Not for Frank.  Disclaimers were posted in theaters warning patrons of the smoke, and some places refused to book the show for that very reason.  Frank’s friend, Russ Meyer Superstar Kitten Natividad recalls, “On tour, if there was more than one bus, everyone wanted to be on Frank’s bus because he was so fun to be around.  By the end of a tour, Frank would be alone because no one could stand the smoke!  You’d see a bus traveling down a street with smoke pouring out of it!”

For the last 5 years of his life, he lived in the Beverly Garland Hotel in North Hollywood, cohabitating with his girlfriend of 5 years, Haji – from Russ Meyer’s Faster Pussycat Kill! Kill! 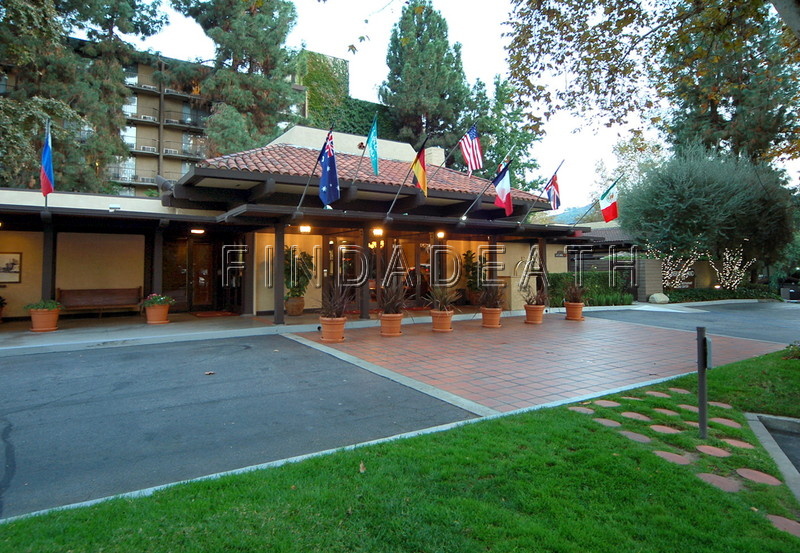 According to Kitten, Frank was “all cock” and a “Chick Magnet.”  He liked his women strong and was pussy whipped by Haji.  In a good way.  All women liked him, and Haji could be the jealous type.  Frank presented Haji with a $12,000.00 diamond engagement ring, and promised that they would marry in the Bahamas. 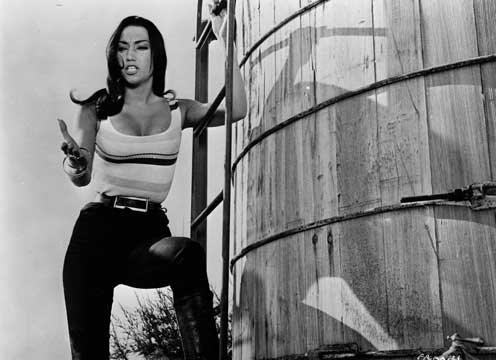 Kitten also gives us this perspective, “When he wasn’t working, Frank was just a regular guy.  He loved hanging in regular bars talking with the bartender, or with regular non-showbiz people (as long as the bar had a patio where he could smoke).  He could make friends with anybody and everybody.”  “One time Haji had to call an exterminator because she had a problem with rats in the ceiling of her Malibu home.  She and Frank were arguing at the time the Terminix guy showed up.  He announced that he was there to take care of the rat problem.  Haji pointed to Frank and announced, “Good!  He’s right there!”  The Terminix man, Haji, and Frank became good friends.” 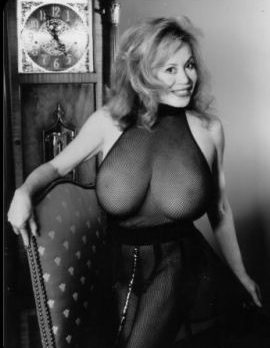 Kitten also shares that Frank was really a meticulous decorator.  He loved arranging the look of his place, often asking other’s their opinion about the placement of furniture or rugs.  “He would do this for hours!”

In December of 2003, the 5-pack-a-day smoker Frank was diagnosed with lung cancer.  He was given 3 months to live. Instead of packing it in, Frank went back to work, while at the same time be treated with chemo and radiation.  Haji put her Malibu home up for rent, and took care of Frank, making sure he took his meds, sitting with him for hours while he was going through chemo.  When he was on tour, doctors would arrange treatments in advance, in the various towns Frank was to be performing in.

At the end of April 2005, Frank finished his last tour of Say Goodnight Gracie, in Memphis.On the flight home, his breathing all but stopped.   Haji called for medical attention, and the Captain released an oxygen mask for Frank.  On that flight, Haji took what would be the last photograph ever taken of Frank Gorshin.  This photograph. 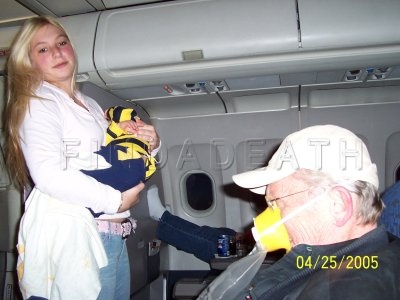 There was an ambulance waiting in Los Angeles. Frank asked one of the attendants to let him smoke a cigarette before they loaded him. Unbelievably, they did. I guess it was just one of those things, you know? Screw it.  May as well.

Haji contacted Frank’s son, Mitchell, and he contacted Frank’s wife Christina.  Frank hadn’t been with his wife, Christina, in several years.  In fact, most people didn’t even know he was married.  Some say that Frank was a Catholic and felt strongly about divorce (adultery, not so much?), others say he just didn’t want to go through the hassle, and have to deal with ugly financial business.  He just didn’t want to be bothered. 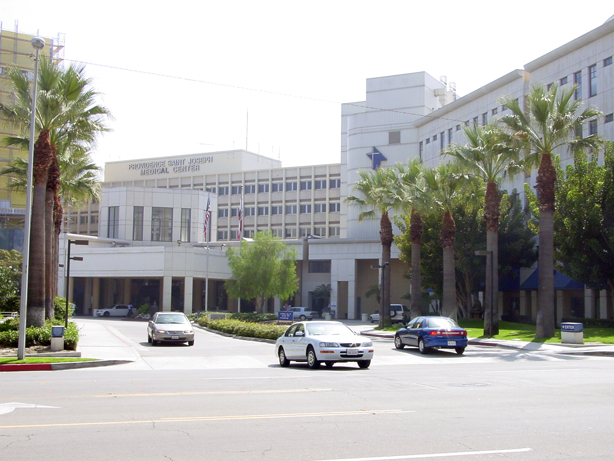 Mitchell and Christina arrived at St. Joseph’s hospital the next morning. She came face to face with Haji.  POW! It didn’t go well.  Security escorted Haji out.

See, now this is when it sucks to not be married, and a warning to get. your. sh*t. in. order.

In the hospital, Frank wouldn’t sit still with all the tubes in him, so doctors kept him medicated.  Obviously he couldn’t speak, but he was able to write.  Frank wrote a note giving the okay for Haji to be with him in the hospital.  Haji returned.

It didn’t look good for Frank, in fact on May 3rd, it looked like the end.  Family and friends flew in to be at his bedside. Then happily, a spark of life returned. Frank’s friend Fred Wostbrock said, “He was sitting up, he could understand his family and the doctors started giving him less medicine and they are feeding him more.”  It didn’t last.  Frank succumbed at 5:30 p.m. on May 17, 2005.  He was 72 years old. 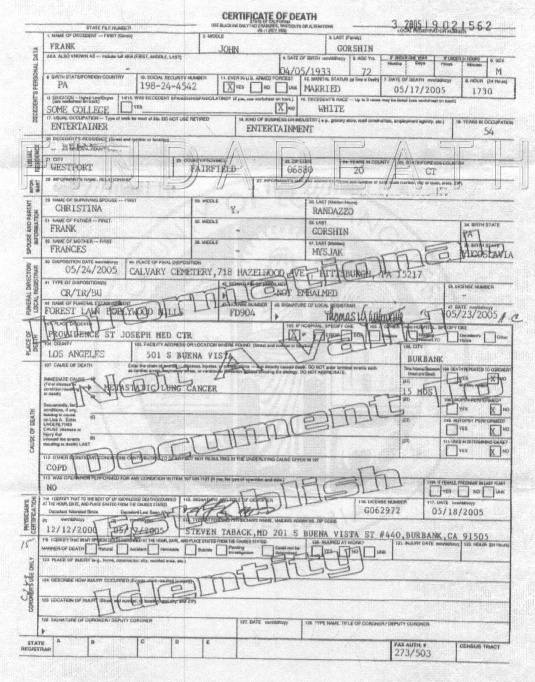 Haji returns to the home she shared with Frank, at the Beverly Garland Hotel.

Seconds later, wife Christine high tails it to the Garland for a massive clear out.  BAM! It hits the fan. The hair pulling begins again, the police are called. Frank never updated his will.  When he died he was still legally married.  Frank’s wife got everything. Get. Your. Sh*t. In. Order.  Making your loved ones deal with that mess after you are dead… that’s almost cruel.  I’m sure he didn’t do it intentionally.  G.Y.S.I.O.

Frank is buried in his hometown, Pittsburgh.  His grave is marked with a distinctively cool tombstone.

Trivia: Frank was on the Ed Sullivan Show when The Beatles did their first appearance.  Frank smiled when he recalled the Beatles having “foul mouths.”

Frank returned to his role as The Riddler in the made for TV movie Return to the Batcave.  Produced by Gilligan’s Island star Dawn Wells, and surprisingly GOOD, Riddler hopped in the driver’s seat and stole the Batmobile. 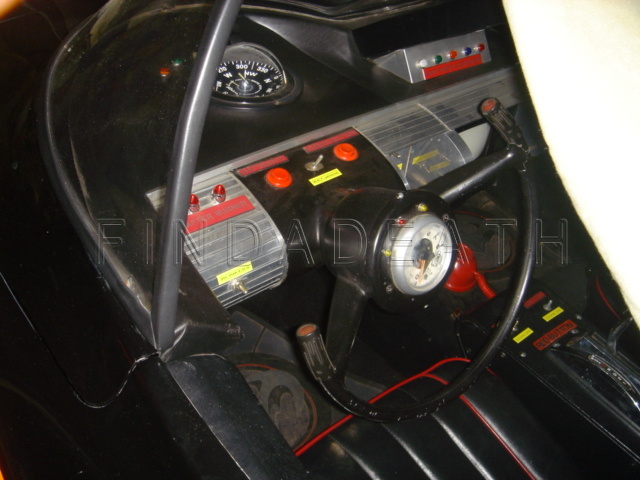 Gorshin’s last TV appearance was an episode of the CBS-TV series CSI: Crime Scene Investigation called “Grave Danger.”  It aired two days after his death; the episode, which was directed by Quentin Tarantino, was dedicated to Frank.

Trivia :  Haji tried to sell Frank’s drawz on the internet.  I would want a pair of the Riddlers pants, deffo.

More Trivia: Frank had custom plates made for his Rolls Royce.  They read STOLEN.

This story was assembled with the help of Frank’s friend John Stacks.  John created resin models of a lot of the Batman TV show stars, including Frank, Adam West, Burt Ward and Yvonne Craig. 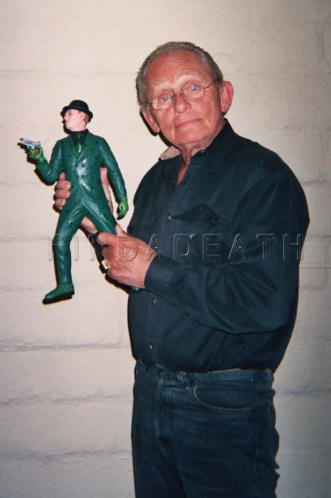 A huge 44EEE thanks to Kitten Natavidad for her insight into Frank’s personality.  It’s a pleasure to know you.

I quit smoking almost 6 years ago.  This worked for me. ALLEN CARR’S EASYWAY.