For a country boy, I’ve been to a lot of places and done a lot of things.  I have a wonderful family and great friends.  I don’t regret not having done this or that, I’ve had a good time.

He was born James Scott Bumgarner in Norman, Oklahoma.  His early life (including a horrid stepmother who punished him by making him wear a dress and called him “Louise.”) and most of his career are well documented.  I wrote Garner a fan letter in 1989 and got the above photograph in return.  Thanks, Mr. Garner.

He moved to Los Angeles because his father lived here.   He attended Hollywood High School briefly and was active in sports.  On the recommendation of his football coach, Garner got his first modeling gig sporting granny pants.  Kidding.
This swim suit is called Savage Swim Trunks.  Rarrrrr!!  Source. 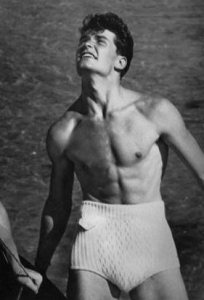 “I made 25 bucks an hour!  That’s why I quit school.  I was making more money than the teachers.  I never finished ninth grade.”

Garner joined the National Guard and eventually the Army. He went to Korea where he earned two Purple Heart medals.  The first one was getting wounded in the face and hand with shrapnel.  The second was being shot in the ass from “friendly fire.”  That’s what she said.  I know.  It doesn’t always work, but it always makes me laugh.

After his Service, Garner began a career as an actor.  He started on stage and moved on to commercials.  He won his role on the show Maverick and he was off.

You cannot deny that The Rockford Files theme is one of the best TV themes ever.

I just listened to that 5 times.  It’s one of those songs… songs like Mrs. Robinson or Light my Fire… no matter how many times they come on the radio, I will always listen through to the end.  Other songs by groups I used to love… Bohemian Rhapsody, Rock Lobster, Every Breath You Take, Edge of Seventeen (well… not really), … you’ll see the blur of my hand as it flies to the radio to switch channels.  I’d rather have silence.

Garner was in almost every scene of every episode of The Rockford Files and it earned him $100,000.00 per. The location for Jim Rockford’s trailer in the show was eventually the parking lot of the restaurant Paradise Cove in Malibu.  If you haven’t yet, go. 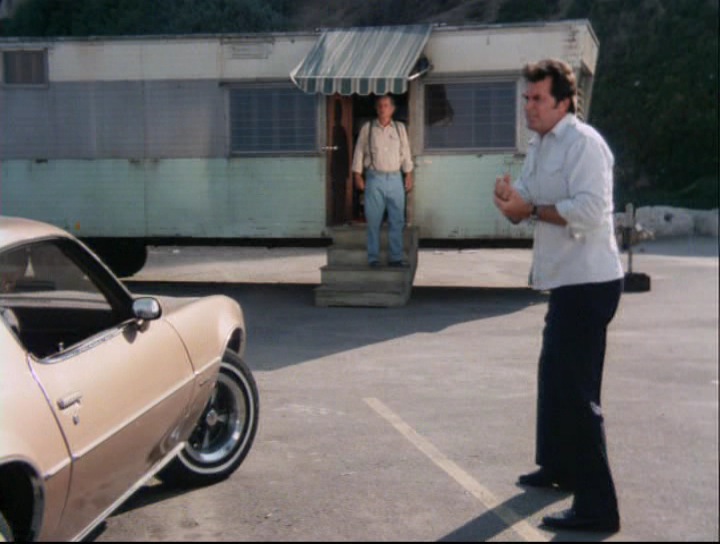 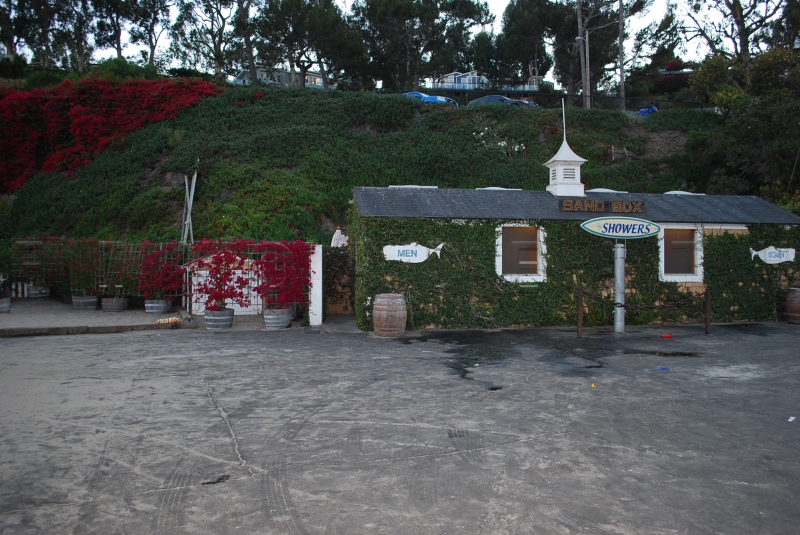 It’s not that expensive, it’s casual and after lunch or dinner you can kick off your shoes and walk along about a mile of beautiful coastline and spit at Barbra Streisand’s house. 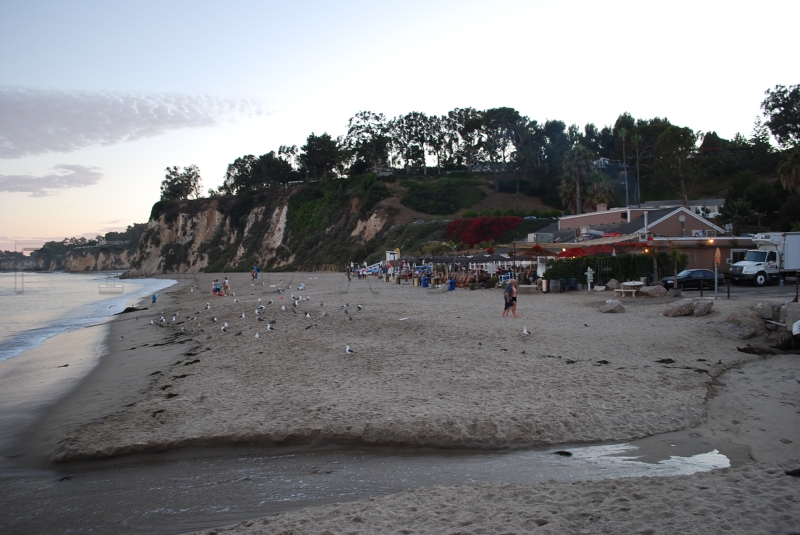 They also filmed a lot of the “Beach” movies in the area and this album cover was shot there. 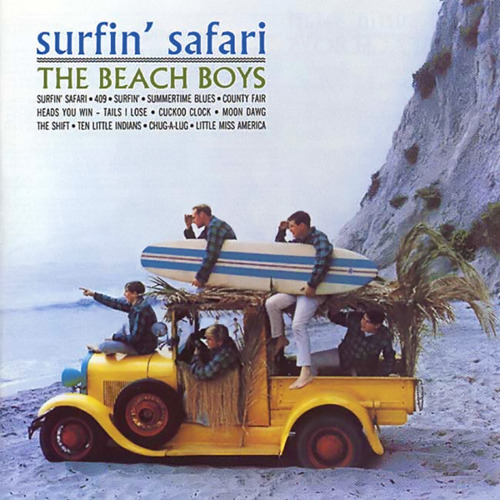 Garner did his own stunts for The Rockford Files.  That did a real number on his health.  Both knees were replaced amongst other maladies, he eventually became dependent on pain killers.  The prescription drugs took their toll and he developed stomach ulcers.  NBC cancelled the series when Garner couldn’t go back to work.

Actually… it’s a bit more complicated than that.  Garner explains:
Thanks, Lynn!

Garner smoked pot.  “Grass is smooth.  I smoked marijuana for 50 years.  I don’t know where I’d be without it.  It opened my mind to a lot of things, and now it’s active ingredient, THC, relaxes me and eases my arthritis pain.”

In Peter Fonda’s biography it’s mentioned that after Henry Fonda’s funeral:  “James Garner and his wife Lois stopped by the Fonda family’s estate to pay their respects. While Lois stayed with Shirlee, Garner wandered into the gatehouse to visit Peter and both men lit up a joint. They were inhaling when suddenly Jane walked in, clearly upset. She had discovered that Shirlee was keeping Henry’s ashes under her bed. All three were horrified.”

He appeared is several successful movies post-Rockford, and a series of Polaroid commercials (200+)  that were hugely popular.  So successful that his co-star Marriette Hartley would wear a shirt that read, “I am not James Garner’s wife!”  Bitch didn’t know how good she had it.

In 1988 he had quintuple bypass surgery and in 1998 he nearly lost a leg but had emergency surgery to unblock an artery.  He suffered a stroke in 2008.  According to the tabs, Garner was bedridden suffering from dementia and arthritis.

Garner remained pals with Doris Day, Mary Tyler Moore, he enjoyed cocktails with Bill Bixby, hung around with actor Hugh O’Brien and singer Mac Davis.  When his close friend Paul Newman died in 2008 he was devastated.

Garner and his wife of nearly 58 years, Lois, lived in a very nice, secluded area of Brentwood.  They have two daughters, Kimberly and Gigi.

If you were told to drive down a random street and pick out a house you thought James Garner would live in, I would have picked this one.  I would have been right. 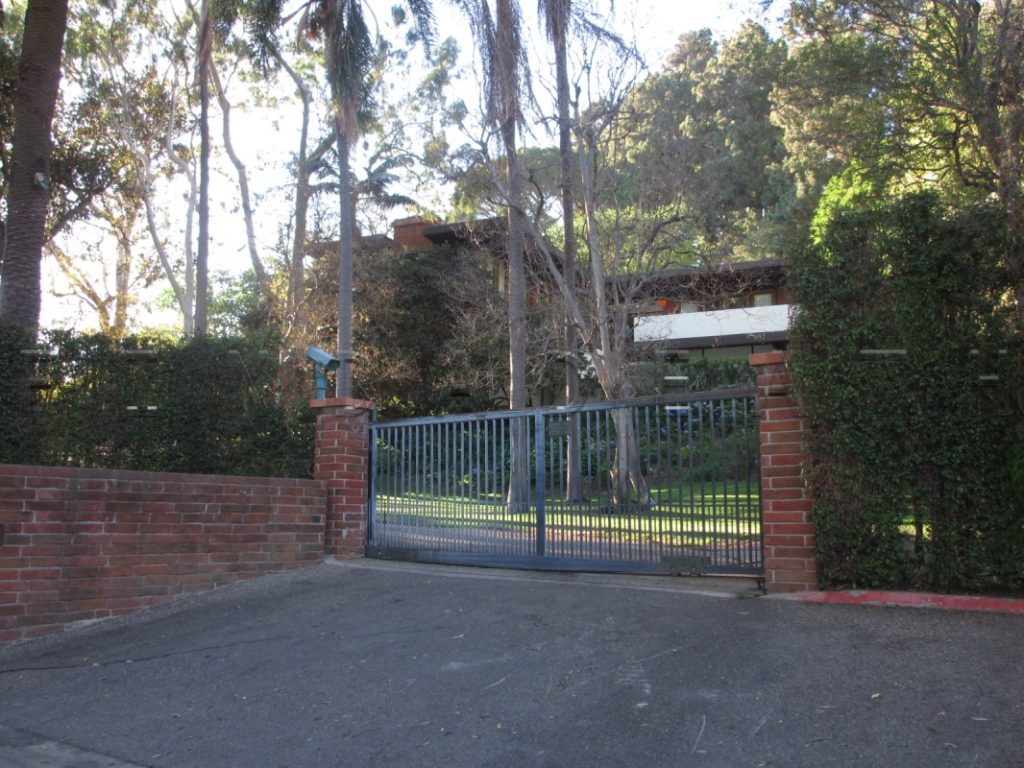 On Saturday, July 19, 2014, emergency personnel were called to this house, and found Garner dead.

His publicist Jennifer Allen performed her last duty by confirming his death.

TMZ posted a copy of his Death Certificate. 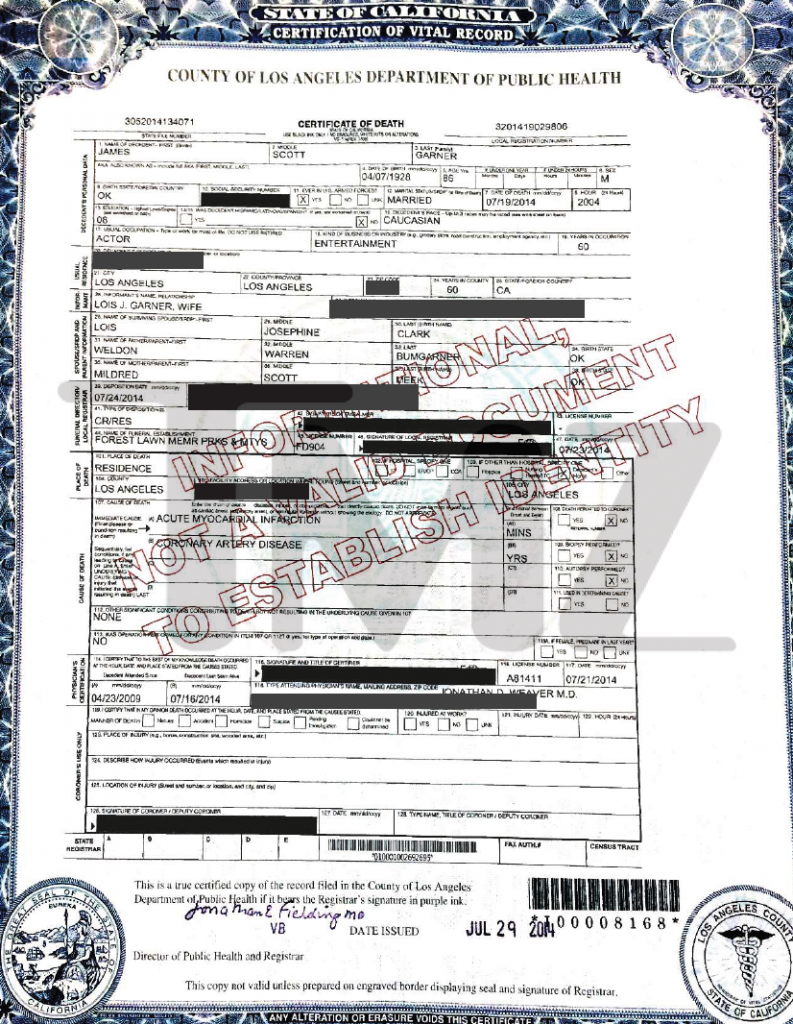 There is a statue of Garner in his hometown of Norman, Oklahoma which became a shrine upon the news of his death. 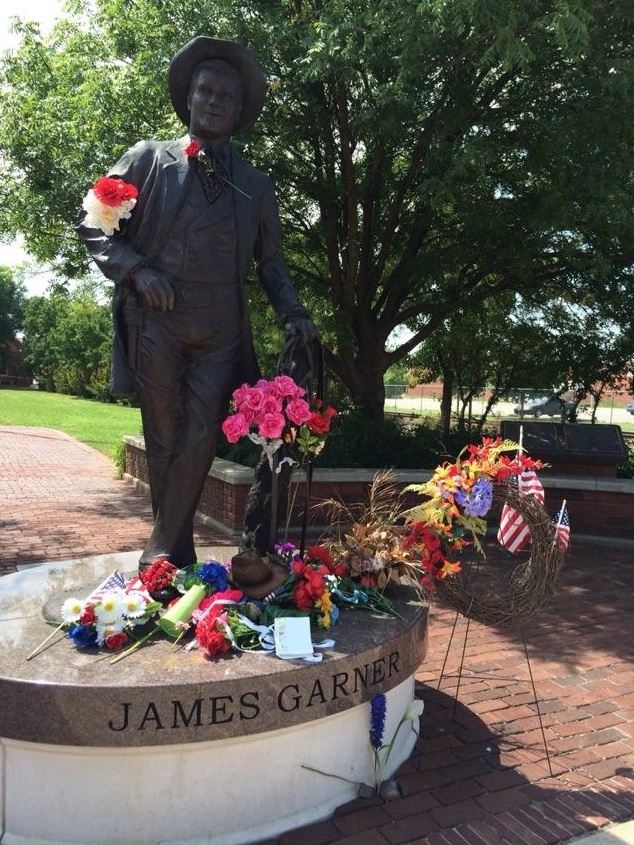 Garner was cremated at Forest Lawn and his cremains were given to his family.

It sure would be great to have a place to visit and pay our respects to good ‘ol  Jim. 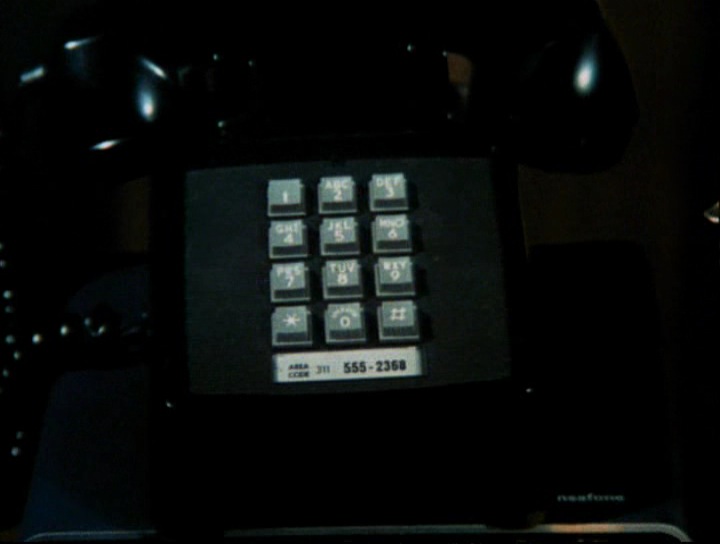 Trivia: Garner was once asked if he would do a horror movie?  “I don’t do nude scenes,” was his reply.

Trivia: Garner’s foxy daughter Gigi is an animal activist and has a Hollywood management company.

Trivia:  James Garner and Doris Day starred in the film Move Over Darling, the movie Something’s Got to Give morphed into when Marilyn croaked.

If you live in LA, it’s difficult to watch a tv show without trying to figure out from the background, where the show was shot.  If you watched Southland, your mind exploded with LA information. The Rockford Files is like that.

I got lost on this cool blog of The Rockford Files shooting locations.

I found the location for this scene in The Rockford Files, using the Wayfarers Chapel in Rancho Palos Verdes. 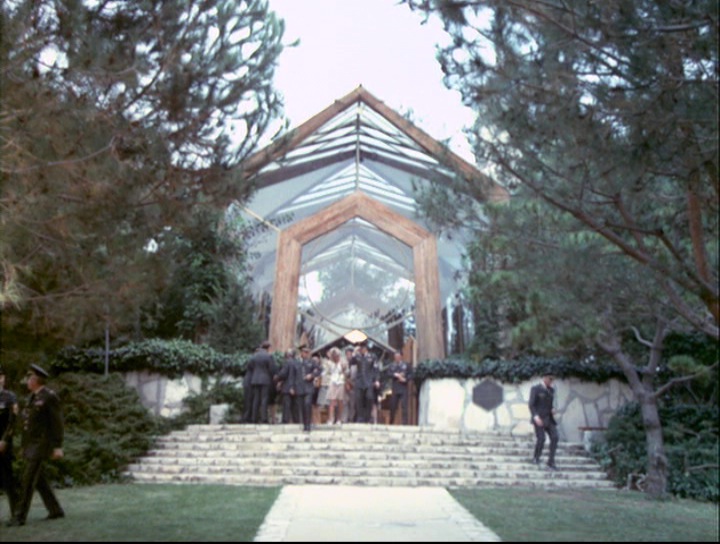 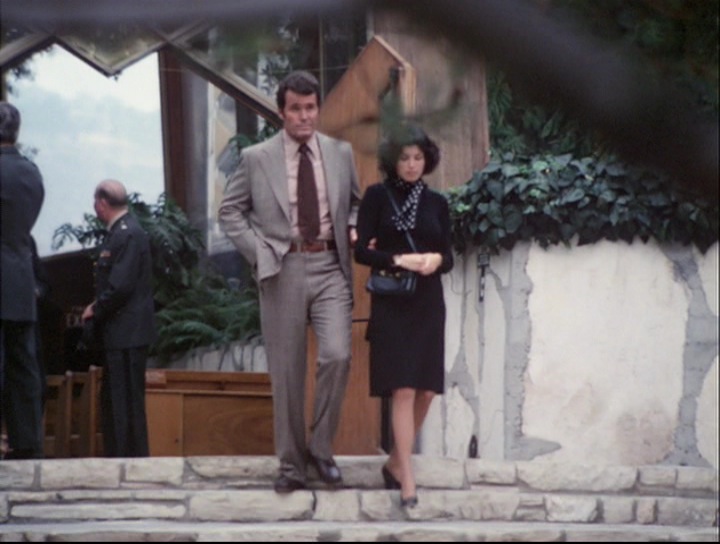 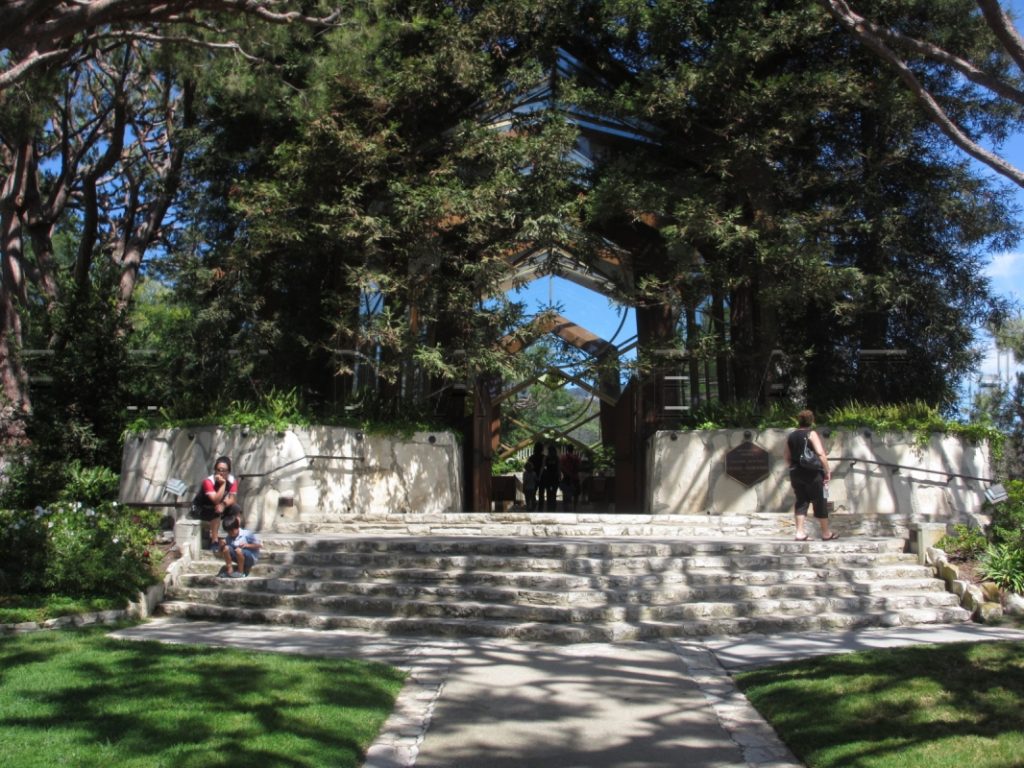 This is where Jayne Mansfield and Mickey Hargitay had their borderline-bananas wedding. 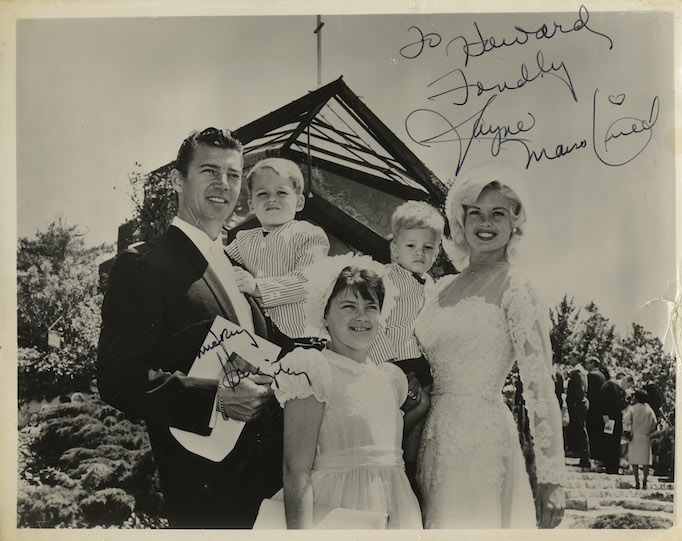 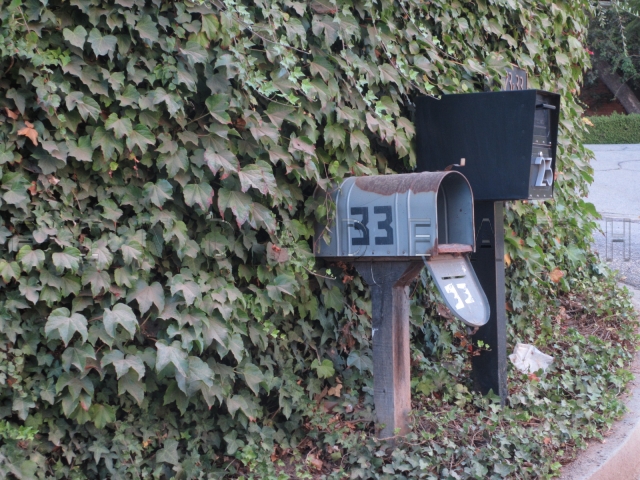