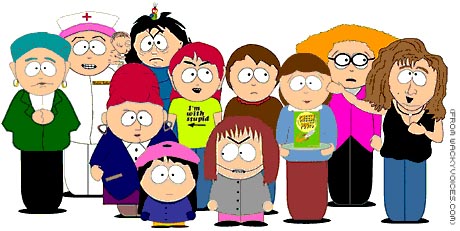 Mary Kay was one very funny lady, and a very unhappy lady. Though I didn’t know her,the things she said, made me want to be friends with her. She’s of the Gilda Radner genre.  Interesting enough, I found this quote:

If you want a sample, here is one, but I warn you, there is language.  It’s a take on the old Miss Lucy Had a Steamboat song, and you will be fired if you listen to it while at work.

To make a name for yourself in the voice over business is impressive indeed.  As you can see from the cast of characters above, she was involved in South Park, one of the hottest cartoons in ages.  Mary Kay started in the voice biz since 1986 and took the controversial job with South Park, initially under the name Shannen Cassidy, because she was afraid of alienating herself.  After a year and a half with the successful show, she proudly took credit with her own name.  Here’s a great example of her voice work including a Barbie toy phone and
Mrs. Butterworth!!

Mary Kay was living with her husband Dino Andrade in this nice building in Los Angeles.

She undoubtedly parked her car in here. 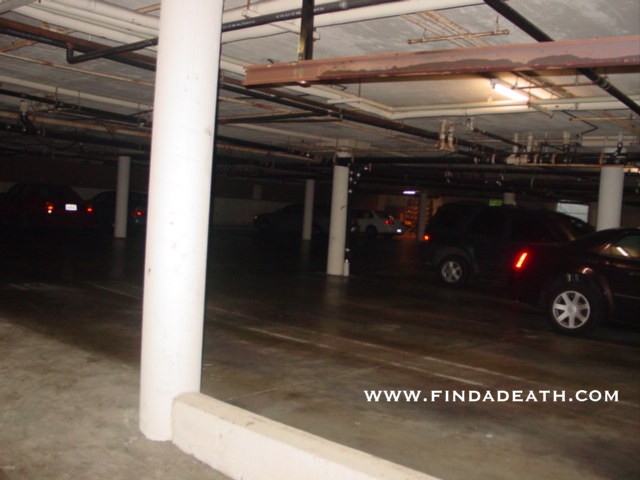 Guests would ring her doorbell, and be buzzed in through the lobby, 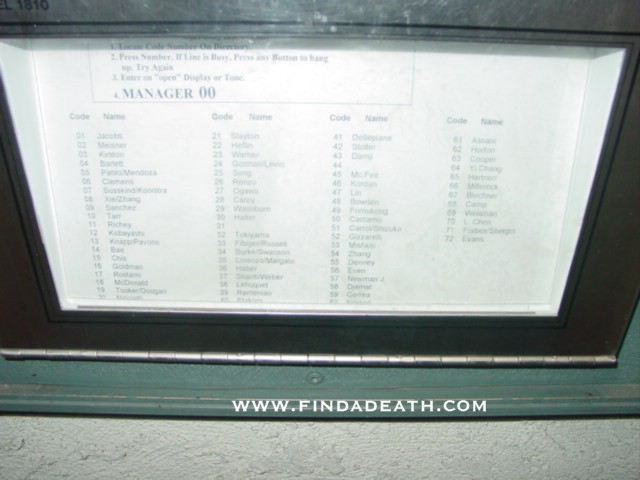 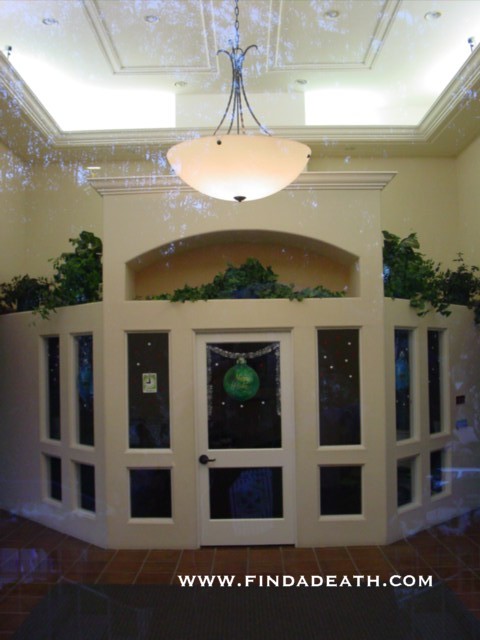 head down this hall to their apartment on this side of the building. 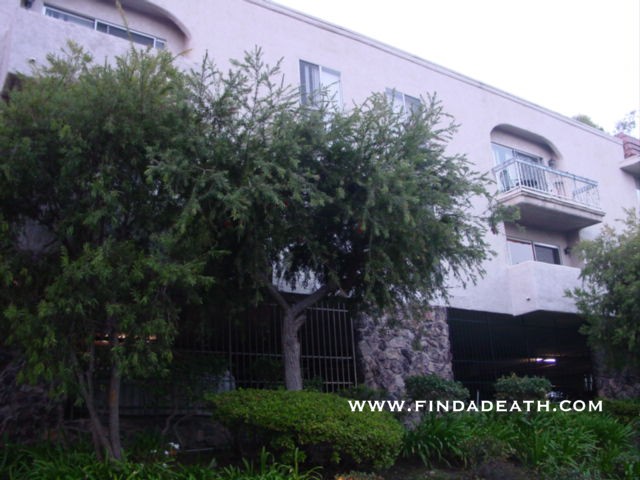 If only she could have lived long enough for us not to have to endure Robin Williams singing Blame Canada at the Academy Awards in 2000.  Sorry he’s dead but…

The investigation says that she had been despondent over job-related problems. Definitely depression.

She spoke to a friend on the telephone at approximately 9pm on the 11th.  An hour and twenty minutes later, her husband and a friend returned home to find her dead.  There was suicide note, and a Mossberg 12 gauge shotgun still pointing at her head.

She had put the barrel against her forehead just above her nose.  The top of her head had been blown off and her brain was lying on the carpet, 2 feet away.  They found blood, brain matter and skull fragments all around the room, on the walls, and on several wrapped Christmas presents. 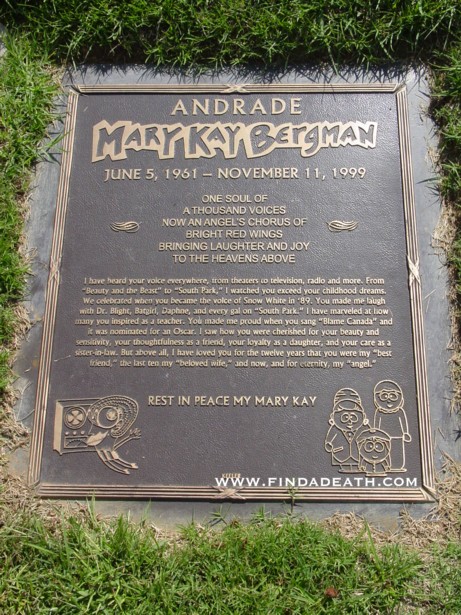 Mary Kay’s husband Dino Andrade released the following statement:
If you are suffering, if you live with pain, fear, depression or despair, you must seek help. The first step is to speak out, tell someone of your pain. I believe that if my wife had told me of the dark place she was in, I could have gotten her the help she needed and thus she would be alive today. If this plea can reach just one person, and help them to see the light in the darkness, then I will know that Mary Kay’s death was not a waste, but a sacrifice so that another might live.

There is a memorial website for Mary Kay, and there is plenty of great information about this funny, sad woman.  Rest in peace, Mary Kay.  Please.

Thank you to the folks at Celebrity Collectables, made this autopsy report available to us.