Never get into an argument with a schizophrenic person and say, “Who do you think you are?

There is a usually a neurotic element of neediness when someone is inspired to get famous. I think usually it’s an”I’ll Show Them!” type of thing. I’lll admit I suffer from it as well. I had this fantasy of winning an Oscar (not that I ever wanted to become an actor, I just wanted to win an Oscar), and my acceptance speech wasn’t like, “I’d like to thank God, Mom and Dad, etc…” it was more like “Fuck you, (insert any number of bully names here who used to beat me up or make my life a living hell while growing up.  Fuck you more.”  Yeah, childish I know.

That being said, I’ll get to the story of Ray Combs.

This article is updated today – June 11, 2007 with remarks from Ray’s wife, Debra, stating, “I have never given this story to anyone except to answer authorities at the time and one interview with “People” magazine. I have read and heard many different versions and all of them are somewhat accurate but were mostly told by people who only slightly knew Ray but wanted the limelight. My children used to be upset by the inaccuracies but have learned to ignore them. I’ll tell you the facts as I know them and you can tell whatever story you would like.”  Thank you Debra – you were kind to offer.

He grew up in the Midwest and dreamt of getting out.  From most accounts, he always wanted to be a performer. He was an over-achiever as well, becoming class president etc.  He loved performing at birthday parties. I personally have never been to a birthday party with performers, and the idea makes my skin crawl. Point me to the bar.

Anyway, there I go again.  Forgive my Jerry’s Final Thought.

Back in Ohio, Ray got married to his childhood sweetheart, and together they had six children.  Debra:  I never knew of Ray performing at birthday parties but he did perform in school plays and choir. This led him to doing a few weddings or DJ venues when he was young. (By the way, he never drank, smoke or used any street drugs.)

Ray apparently once wrote to David Letterman:  “Dear David, How do I become a successful comic in Hollywood?”  Letterman supposedly responded, “First, you move to Hollywood.”  Ray moved to Hollywood and got a job doing warm up before tapings of Amenand Perfect Strangers. I guess Carson, who was recording in an adjacent soundstage, heard his act and gave Ray his chance on The Tonight Show.

Movin’ on up, Ray was hired to replace Richard Dawson on The New Family Feud. With his salary from the gig he opened a couple of comedy clubs back home in Ohio. All seemed to be going his way, and, well, guess what.

The clubs went under, he was dropped from The Feud, and his marriage failed.  Strike three. He moved out of the family home into a small apartment. He got into a car accident and hurt his back. I don’t think he was very stable to begin with, so this was all too much for Ray.

He called his wife on the phone in a freak out. She calls 911 and he is taken to the hospital. He was treated and released.  As his wife was driving him home, he leapt from the car at a red light and disappeared behind some houses.

A few hours later he shows up in front of her house. 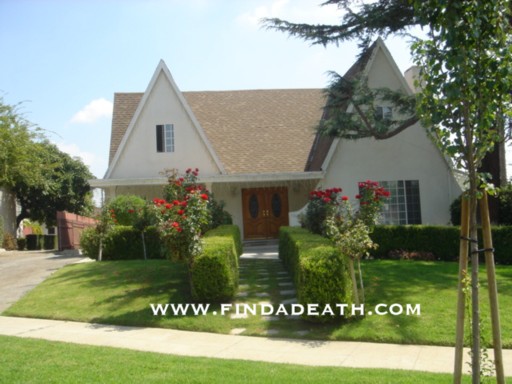 According to one report, she locks the doors and does not let the kids open the doors. Debra: I never the locked the doors or refused to let the kids open the doors. No doubt the kids need extensive therapy from that particular incident. Ray freaks and starts pounding his head into the wall. Wife calls the cops, and they show up. Ray claims he slipped in the Jacuzzi. He is taken to Glendale Adventist Hospital and places under 72 hour observation. 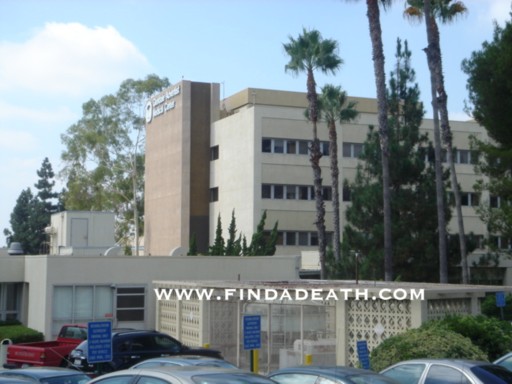 Debra, his wife, was there.  This is her version:  He called me one night and we were just talking. He was a little sad and I believe just looking for someone to talk to. After a while it sounded like he was swallowing some pills and drinking water. He said he had taken some type of pill. (he had threatened suicide a couple of times). I got off the phone and called the police. They called a little later and advised me that they had taken him to the hospital.

Very early the next morning I got a call from Ray asking me to pick him up from the hospital which I did. He still seemed out of it and not very responsive. He was also barefoot since the police had taken him the night before without even his shoes. I decided to take him to my home because I thought he should have someone watching him. When he saw that I was taking him to my house he said he didn’t want to go and was very agitated. I explained that I thought someone should be with him. The next stop we came too, he jumped out of the car. I tried to follow him but he had gone down the ramp to the freeway. I saw a woman pull over and give him a ride. I called his apartment and told his assistant what had happened and she said she would keep an eye on him. I also called his family in Ohio and advised them of the situation.

I then went home to my kids and got them ready for their softball games that day. My oldest daughter stayed home with the neighbor. While I was at the softball field, which was less than a mile from my house, a neighbor came up and told me that the police were at my house. I immediately went to the house and the police had Ray sitting on the porch and would not let me go around him. They said he had made threats against me and advised me that they were putting him in Glendale Adventist mental ward for a 72 hour observation. He had some cuts on his head that I later learned had happened at his apartment in his own Jacuzzi. His assistant said he had been hitting his head on the concrete part of the Jacuzzi. My oldest daughter had seen him driving up to our house and said he looked very strange.

That evening I started getting calls from Ray who was then in the mental ward saying that he wanted out. I talked to him numerous times and told him I would call the nurse. I did and explained to the hospital that he was calling and calling and a little out of control. They told me they had given him some sedatives and that he should be calming down. My friends had stayed with me until this point and it was getting late so we all went to bed.

I got up early the next morning for church and while I was folding the laundry there was a knock at the door. It was a woman from the coroner’s office to tell me Ray had passed away.

Just after 4am on June 2, 1996 – Ray fashioned a noose from a bed sheet, and hanged himself in the closet of his hospital room. 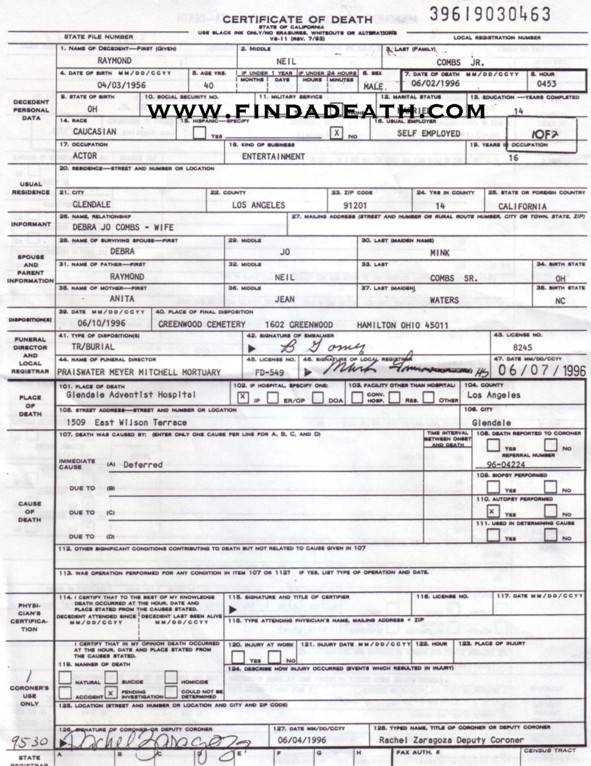 His body was taken all the way across town to the Praiswater Mortuary. 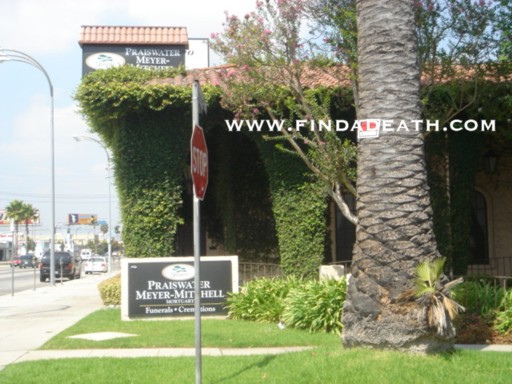 Debra: There were two funerals – the first was at the LDS church on Central in Glendale and the other was in Ohio and, as you know, that is where he is buried.

While nosing around the internet, I found Rays page on the imdb, with a posting board below.

This message, by an apparent family member was interesting:

Okay I really don’t know when you posted on the Message bored but your talking about people getting help before its to late. Well My uncle was trying to get help, he was in a mental hospital when he hung his self. I think alot of people fail to realize that. He was going through a hard time in his life and he just couldn’t stand the pressure. He was about to loose his wife and kids, who by the way he had six. They were his life. His wife was just too big of a bitch to even let him try. She was only in it for the money in my opinion. As soon as it was gone where was she? She wasn’t trying to help him thats for sure. Okay enough of this rambling sorry about that, but I wanted to let you know that he was getting help and regardless of how he went out my Uncle Ray was one of the nicest people you’d ever meet.

Debra:  My kids were very upset by the message you found on imdb so I thought I should let you know about that too. The girl who wrote that is Ray’s niece who had not seen Ray since she was about 8 years old or younger. Ray’s brother and his wife have been divorced for years and the wife remarried and moved to another state. My kids did find her through “my space” and told her what they thought of her comment. Another example of someone trying to get a little bit of fame.

An official website dedicated to Ray is now defunct.

I hope he has found peace.  Please don’t kill yourself.

From The New Family Feud Archive:

Combs: Name something a woman out on a date would hate to discover on her face.
Contestant: A booger.