(about Dad) “Oh, darn. Why does he have to keep coming home?” 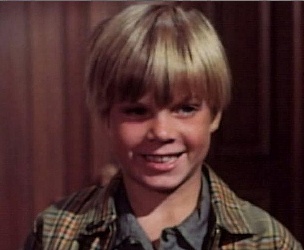 Trent and Richard were both most famous for being in one of the best sitcoms ever, Nanny and the Professor. I, like many of you, loved this show. Butch, Hal, Prudence, Clarabelle, Myrtle and Waldo – the works. I think I acquired my dislike of cats from this show too. And Phoebe Figalilly was such a silly name…

The show ran on ABC from January 1970, until December 1971. Not very long, considering how engraved in my memory it is. Anyway, here’s a little information on two of its stars.

Trent Lehman played “Butch,” the middle kid of the bunch.

Findadeath.com friend James Hickok writes me:  “Trent’s only big-screen role as that of George Jorgensen as a child in “The Christine Jorgensen Story” the bio of the first publicized transsexual, it was this role that lead to his being cast in Nanny and the Professor. 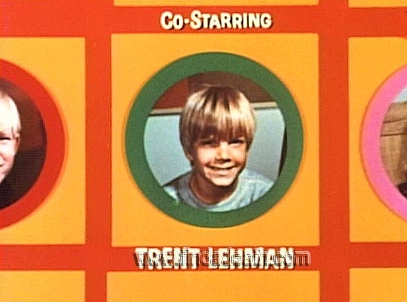 Trent did manage to make it to age 20. He was living in this apartment building in the Valley. 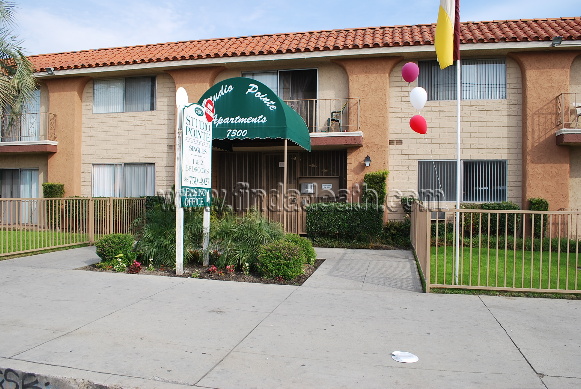 In January of 1982, someone broke in to his apartment – probably through this door, and he was burglarized. 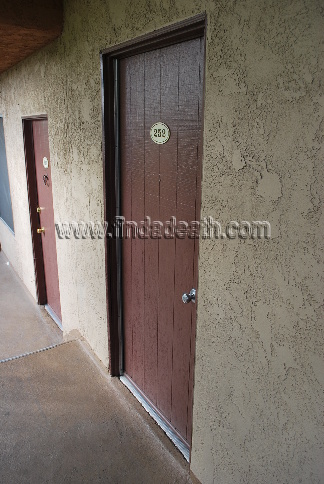 I doubt that he lost the contents of his mailbox. 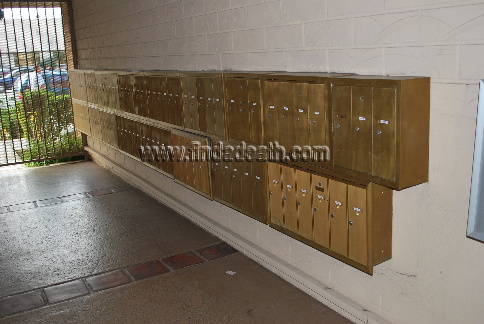 In 1977, Trent’s mother moved her family back to Colorado – to try to establish some tranquility for her kids.  Trent did odd jobs, and never expressed interest in acting again.

In August of 1981 – Trent moved back to LA.  Friends said that a girlfriend prompted the return.  Trent and the girl broke up shortly after his return, and Trent was not taking it at all well.

On the evening of January 17th of ’82, he was hanging out with friends, and a guy named Joseph Allen. Allen lived across the street from Vena Avenue School, in Arleta, CA. 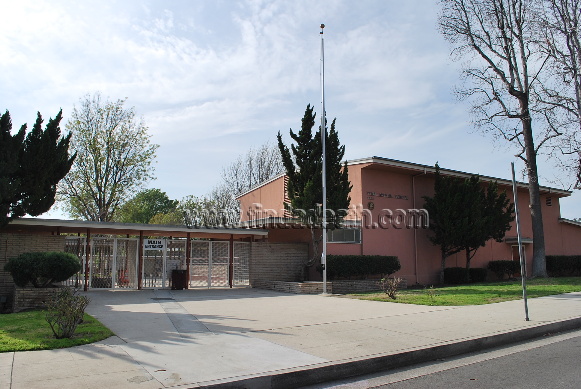 Trent had attended the school up until he was in the 6th grade, including the time he spent on the show.

It should also be noted, that earlier in the evening – Trent asked Joseph Allen’s father for shells for a rifle.  When questioned why he wanted them, Trent replied, “to blow his head off.”

The friends were doing something – I don’t know what – but Trent was drinking heavily.  Around 7:30 p.m. they dropped Trent off near his Chevy van that was parked across from Allen’s home – to “sleep it off.”  He was due to show up in court the next day, the 18th, for a traffic citation.

So the friends leave. The van was parked right about here. 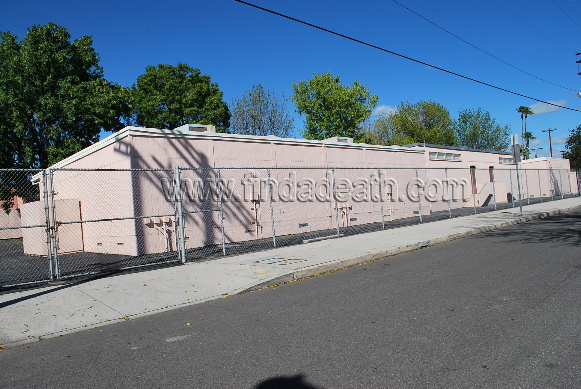 It was parked on the wrong side of the street.  Apparently one parking violation wasn’t enough.   The friends return about 2 a.m., and the van was open, keys in the ignition, and empty beer cans on the console.  Then they saw Trent.  He was hanging from the 8-foot chain link fence of the school. 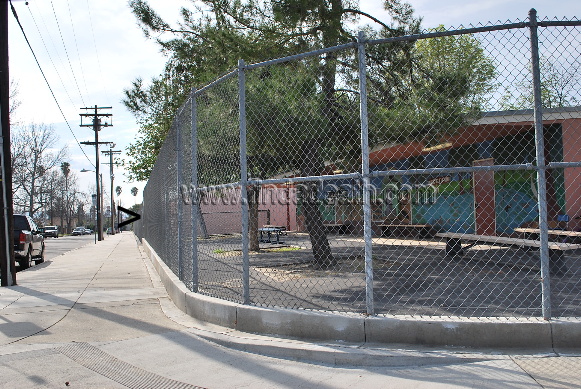 His bare feet touching the ground and his legs slightly bent.  There was a green bucket beside him that he apparently kicked.  Don’t.  The noose was assembled from a bandanna and a belt that was looped around the fence at about 7 1/2 feet from the ground.  He hadn’t been dead for very long as he was warm to touch.  His fly was undone.  True.  He was wearing brown jeans, a white t-shirt, blue thermal underwear (top and bottom).  Although his feet were bare, they were in the sleeves of a sweatshirt.  I don’t get that at all.  Also, he was wearing heavy gloves – which to me says he put them on after fastening the ligature to the fence.  Bizarre altogether – but it gets weirder.

Trent wrote a will that was found in his shirt pocket.  It stated that he left everything to his mother.  Here’s the kicker:  It was written on the back of his court appearance notice. 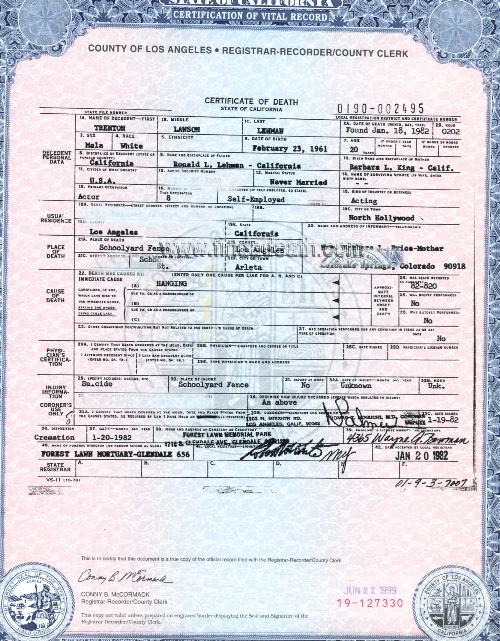 Trent was cut down, and taken to the medical examiner for an autopsy.  His van (license plate IM40839) towed away.  A significant amount of alcohol was in his system, as well as cocaine.  Our pals at Forest Lawn Glendale cremated Trent, and his cremains were given to his mother.

I’ll bet you didn’t know that there was a mailbox in front of the Everett home on the show, and if you did, I bet you didn’t think you’d ever see it again! 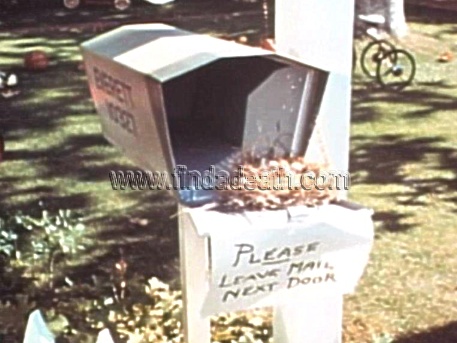 Trivia: On the Nanny show, the nickname “Butch” was short for Bentley.  Coinkydink – his body was released to Forest Lawn by a T. Bentley.  I’m just sayin…

Thanks Tboy, C and Terri.

Richard Long, who played Professor Everett on the show.  You know, I always thought that he was gay.  This isn’t some rant from a gay person who thinks everyone is gay, but I honestly heard that many times.  He was married to an actress named Suzan Ball, who died in 1955.

At the time of his death, he was married to Marilyn Watts, so I guess I was wrong.  See?  I can admit it.

Findadeath.com verygoodfriend Tami Dingle writes me:  “As you probably know (I didn’t), she was a second cousin to Lucille Ball. She was under contract to Universal when she had a torrid affair with the married (and much older) Anthony Quinn. She developed a tumor in her knee after banging it hard several times (this also happened to a friend of mine and he died too). After tons of treatments and a lot of pain, she eventually had her leg amputated and used her new artificial leg to walk down the aisle to marry Richard. She continued acting although the cancer spread. She sounds like she was quite the trooper and well-liked. Apparently her last words were “Tony”, referring to Mr. Quinn.”  Thanks Tami.  Great stuff.

January 9, 2002 Findadeath.com friend RNeill writes in:  Your biography of Richard Long breezes over the fact he was “married to Marilyn Watts” at the time of his death.

He was living in this beautiful home in Encino.

I tried to get better pics, but the neighbors clocked me so I jammed. As if they didn’t know that such a great star lived on that street. For shame. Anyway, here’s the garage.

Richard actually died on December 21st, 1974, at 1:50 a.m. in the Medical Centre of Tarzana, which I don’t have photographs of. Heart attack.  He was cremated at Grandview Crematory, and I am told his ashes are there, but have yet to see proof.

I have no final disposition information or funeral info for that matter, on either of these men. I’ve been sitting on these pictures for ages, and decided to get put them up. If anyone else has any input to share, please do!

I owe a debt of gratitude to Bob Siler and Roger Sinclair, for obituary info on Trent.

And whatever became of David Doremus (Hal) and Kim Richards (Prudence)?  Enquiring minds want to know.  OKAY – I’ve gotten a lot of input about Kim’s whereabouts – she’s retired and has 4 kids.  I felt filthy some reason, exploring some of those websites – obsessed with Kim.  It was all very innocent – but sorta creepy.  HA!  I just realized what I was saying?  Do you think anyone feels that way about Findadeath?  HRR!

Findadeath.com friend Linda Dodd-Lawhorn sends us this:  Kim Richards is the aunt of Nicky and Paris Hilton, who are famous here in the States for being mega-rich Hilton Hotel heiresses who dress scantily and party every night.

This is what I know about the little annoying Kimmy. The last I saw of her was in a really good bad movie (one of my personal top ten list) called Tuff Turf. It stared James Spader (tasty) and Robert Downey Jr (yum). You have got to see this film to believe how bad it is. Spader’s family moves from New England to California because of falling on hard times.  (That’s what I would do) His father is now a taxi driver studying for his real estate license and mother bitches a lot and looks lovingly on other brother. (Shades of Ordinary People, I digress)…Kimmy is the tough girl Spader falls and fights for. Downey has all the great lines. Last time I saw the film it was in BETA. Some good music too!!! Take care, Katy

Thanks Katy.  I’ll have to keep an eye out for that one.

DAVID DOREMUS update (sortof.).  I’ve gotten a few of these emails – this one is from Donna Leaf:

“David Doremus actually had a post-“Nanny” career. He had a recurring role on The Waltons for 5 years as Mary Ellen’s erstwhile boyfriend, G.W. Haines. The role ended when the character was written off as having been killed in a training accident during W.W. II.”

One thought on “Trent Lehman and Richard Long”