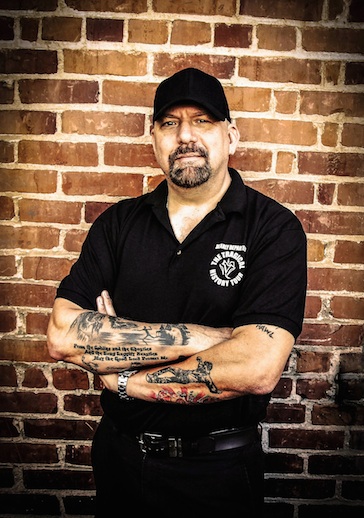 Welcome to Find a Death.

So you want to know where this nonsense comes from?

I’ve been interested in death since I was a tyke.  My mother recalls taking me to a funeral of a young family member when I was 3 years old. On their way to the grave site, I noticed the tent set up, and asked, “Mom, are we going to the circus?” I suppose in a way, we were.

Growing up in Detroit, I lived on one of the most dangerous intersections in the city. Fatal accidents were normal. There was a family ritual – when we were jarred awake from our slumber by that horrible noise of a car accident. One would call the police, one would grab the towels, etc. One night while I was asleep, a car hit a lamp post in front of our house. I heard the sound of slamming brakes, the impact, and the live wires of a fallen street light zapping away. I got out of bed, looked out the window, yawned, and returned to bed. You get the idea.

The first celebrity deaths of any real recollection to me were Martin Luther King and Janis Joplin. When Florence Ballard of the Supremes passed away in 1976, I became obsessed.

A habit I started when I was young, was to thumb directly to the end of any biography, to find out how and where they died. If there were photos – even better. I could (and still can) stare for hours at that photo of Marilyn’s body being removed from her Brentwood home in a body bag. At the same time, I also discovered the joy of cemeteries. When I was a Boy Scout I would ditch organized hikes, to explore a new grave yard.

Eventually, I tired of circling the bowl of Detroit, and made my way to Chicago, where I started my company, Dearly Departed, specializing in dead celebrity memorabilia. Key chains, T-shirts, etc, adorned with tombstone photographs. It was also then that I became fanatic about tracking down my favorite celebrity graves. It was natural that I hooked up with Greg Smith, and his famous Grave Line Tours, in Hollywood. With a smile on my face, I quit my law firm job, loaded up the truck and moved to Beverly, on my own dime – a month after the Northridge earthquake.  Perfect timing.

One of the first things I changed at Grave Line Tours, was the rule to wait five years until after someone died before adding them to the tour.  My thought is: we bring people to the news. I brought the company a lot of attention  – appearing on such shows as 20/20, Entertainment Tonight, and with a little help from O.J. Simpson, CNN. Of course, with success comes nonsense, and I left.

Just before my liberation from Grave Line, I fell in love (this was 1996) and moved to the UK. Because of my immigration status, I was unable to leave for about a year and a half after Princess Diana died. It drove me nuts not being able to travel the short distance to Paris to see the tunnel. As you can see by the photograph below, I made it. Within minutes of getting my status from the government, there was me, straight (wellï¿½) to the pillar. When I got there, and I touched the exact spot where the Diana’s Mercedes hit the post, I felt really strange – awe-struck. I kept thinking, “All that drama – the event of Diana’s death – the world’s reaction – it all started right here.” 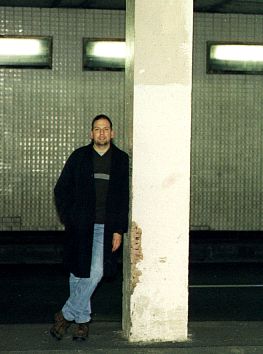 That’s what gave me the idea to start Find a Death to assemble the stories of people’s deaths, with photographs. I get a lot of flack for this, but obviously the right people get it because several thousand visit this site, every day.  I also get a lot of heat for interjecting comments and opinions. My response to that? Get your own website and do it yourself. I did.  Am I being disrespectful? Maybe. What this all boils down to: If you don’t want the attention, don’t get famous.

In my research, I have visited hundreds of final breath locations, and documented them in detail. Along the way, I have managed to acquire a tastelessly wonderful collection of articles including an oil painting done by convicted serial killer John Wayne Gacy, a piece of the Hindenburg, bricks from fireplace which witnessed the famous Manson Murders, a piece of John Denver’s airplane, and many more.

Through Find a Death and Dearly Departed Tours I have become a person people come to chronicle the last hours of celebrities lives, and have appeared on Mysteries at the Museum, Anthony Bourdain’s The Layover, Ghost Adventures, NBC Nightly News, The Girls Next Door, E! 20 Most Horrifying Hollywood Murders, and E! Hollywood Death Trip.

In 2013 we made a show for E! called Celebrity Death Trip.

With Tenacity Entertainment, we’ve produced two full length (and critically praised) documentaries, Dearly Departed Vol. 1 and The Six Degrees of Helter Skelter – a geographic retelling of the Tate/Labianca murders of 1969.

“A hair-raising trip to the dark side of Hollywood, better than any movie…Nothing helter skelter about it. It cuts to the facts and gives you nightmares!” REX REED

A huge accomplishment for me was the publication of my book Rocky Horror, From Concept to Cult, a collection of interviews from the cast and crew of The Rocky Horror Show, and Rocky Horror Picture Show. Other publications I have made credited contributions to include Bizarre magazine, Guitar World magazine, In Los Angeles Magazine, Funeral Director Monthly, and the books Weird Hollywood (2010) Joe Oesterle, Rock Shrines (2010) by Thomas Green, K. Charles book Hollywood Endings, Fade to Black – A Book of Over 1500 Movie Obituaries, Revolution – the True Story of The White Album, True Stories of Law & Order, The Munsters: A Trip Down Mockingbird Lane, Here’s Johnny (Carson), Hollywood Haunted, Brady Mania, Here on Gilligan’s Isle, Cooking in Oz , The Munchkins of Oz, The Addams Family Chronicles, Marilyn Monroe Dyed Here, Elvis Passed Here, It’s a Wonderful Life. A Memory Book, the 25th Anniversary Edition of Helter Skelter (the true story of the Manson murders), Celebrity Death Certificates 1 and 2, One Fine Stooge – Larry Fine’s Frizzy Life in Pictures, and the biography of Sojourner Truth.

Find a Death was named in the Supreme Court as the worst case scenario for what can happen to you when you die. 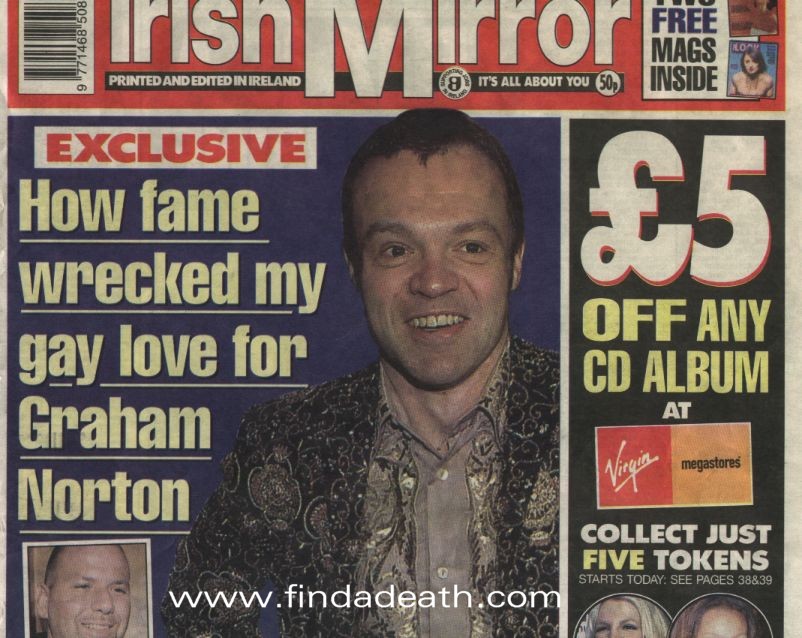 Being in Trivia games! 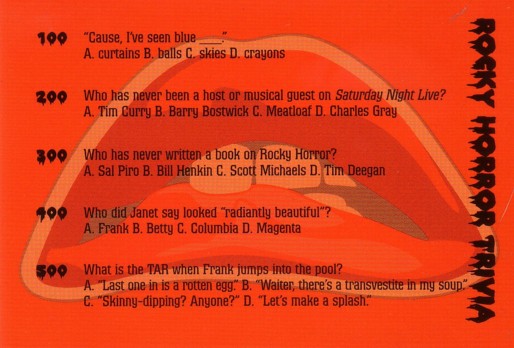 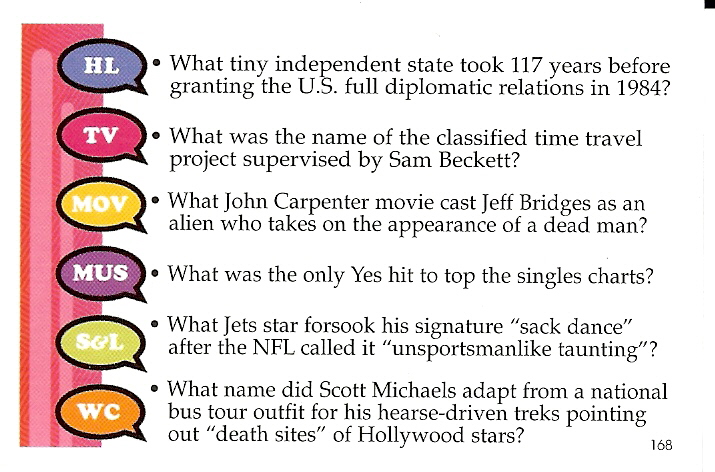 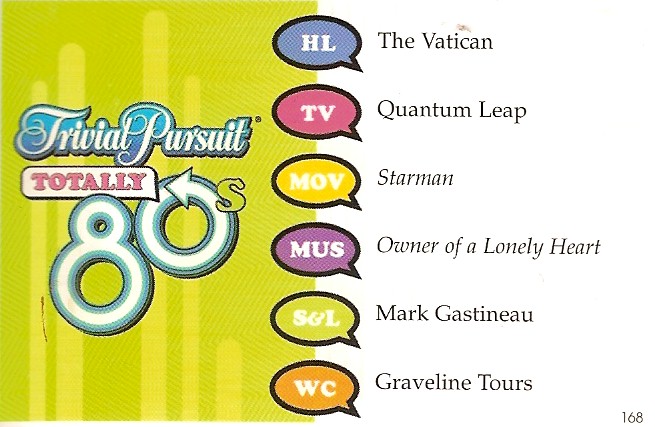 Dean Martin bought me a beer.

Having my own snazzy niche at Hollywood Forever Cemetery, with my neighbor being Larry Tate from Bewitched. (Thanks Gary and Nancy for christening it for me!) 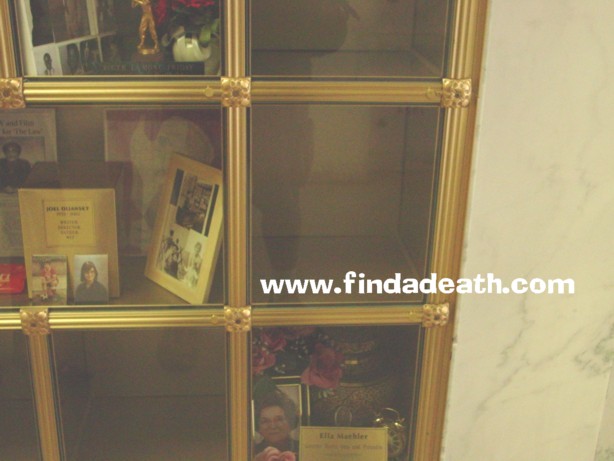 Now I’ve got my own company, Dearly Departed Tours.

Find a Death has been around since Spring of 1999, and it is consistently looked upon as a good resource for death information. Find a Death cannot exist without the help of others, and if there are any notorious locations that you have photographed, or if you are planning a vacation somewhere and fancy a bit of “alternative tourism,” drop me a line. I have hundreds of locations that I’d like photographs of, and, to quote Sandra Bernhard, “Without you, I’m nothing.”

My good buddy Kevin Hassell helps me (us) out a lot with stories and additions.  Kevin normally works in management in New Jersey, and we’re really darn lucky to have him. Thanks Kevin.

Thank YOU, Scotty! Like he said, I am his “behind the scenes man.” Please feel free to send me any info at the link above. Thanks for coming to the site, everyone!-K.

7 thoughts on “About Scott Michaels”