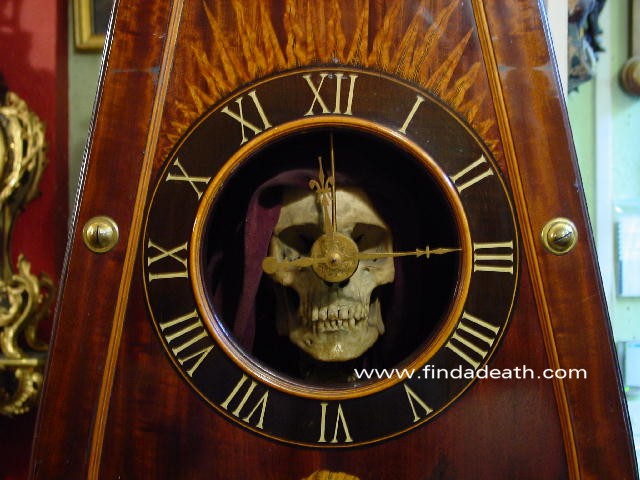 While doing my research for the book I did about Rocky Horror, I discovered the actual clock used in the film.  It was in an antique/prop shop in north London.  The lovely owner, a woman named Christine Fritsch allowed me to photograph it for the book.  The book pictures were published in black and white, and don’t do this piece justice.

Here is Richard O’Brien in the film with the clock. 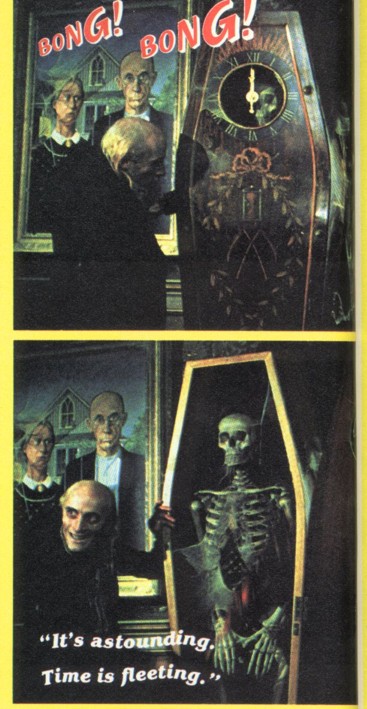 And this is it, in all its coolness. 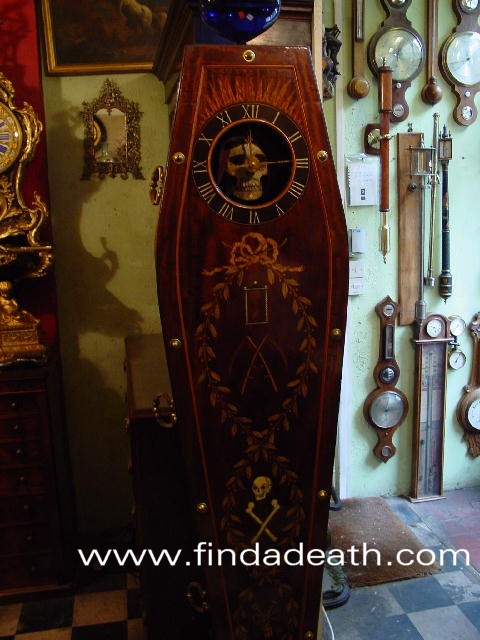 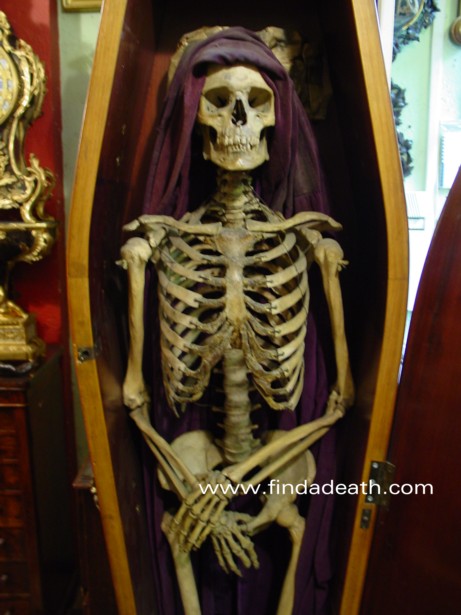 There was a sheet of paper included with the clock, that states:  An inlaid mahogany coffin shaped long-face clock.  Behind the wheel dial is a human skull and skeleton & decorated crossbones in ivory.  The clock belonged to the Countess of Rossalyn, wife of the 5th Earl, who is said to have traveled everywhere with it.   Rumor is that the skeleton was the man who was her lover.