“Stay tuned! I may not be here, but my show was picked up!”
Unless you’ve been living in a cave or on another planet with the Cruises, you’ve heard about what’s going on in the Spelling family. By Spelling, I refer to Aaron Spelling, TV producer extraordinaire, and the creator of many classic TV shows, including The Mod Squad, Charlie’s Angels, Beverly Hills 90210 (which starred his daughter, Abwhorey (spelled with a double EW)). 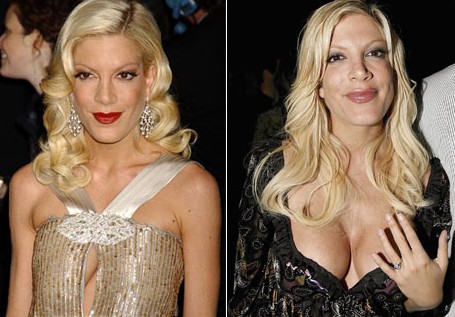 Dynasty, Melrose Place, Vegas, and 7th Heaven. These are just a few. There is lots of information on him and his career on the IMDB.

I myself adored Charlie’s Angels, and I also loved tube socks and perms. 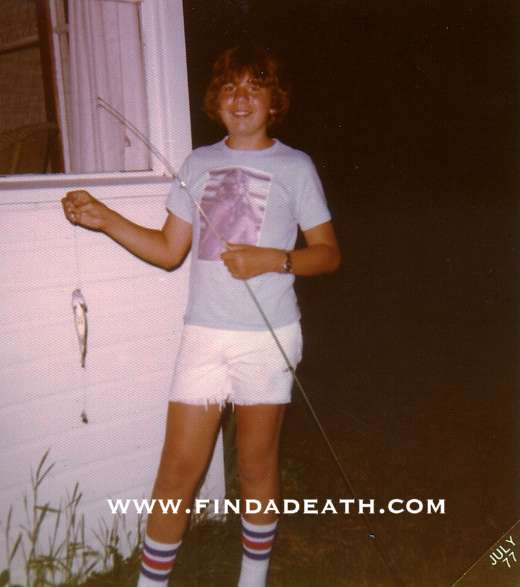 These things did not last, and neither did the Angels. I thought this guy would live forever. Honestly. But looking at him, he had to be living on fumes for years. Yet he could still crank out a hit. His motto must have been something like Marshall Fields’ “Give the lady what she wants,” because he did, and we ate it.

Aaron had suffered a stroke in his ridicuhouse 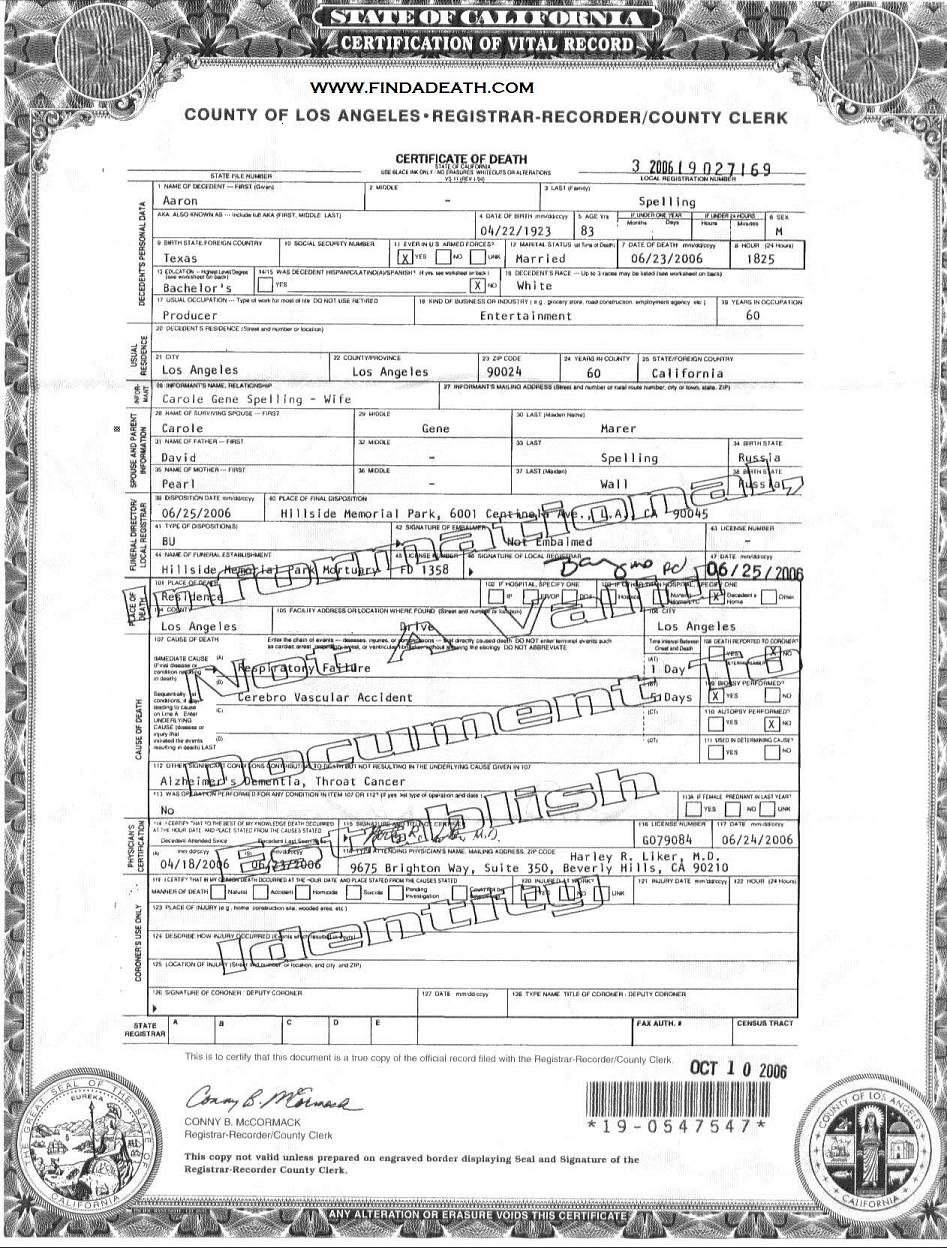 Now this is the juicy part. Daddy Spelling left behind an estate worth $500 million, but daughter Abwhorey is reportedly only getting eight hundred thousand. Apparently there is a feud between her and her mom, because Abwhorey mocked her in her reality show, with something like an eBay room. Insulting or what? I mean, EVERYone knows that the Spellings have a gift wrapping room. eBay is way too common for the Spellings.  Sheesh.

Trivia: He bought three houses including that child beater Bing Crosby‘s house, and had them knocked down. There, he built his own 57,000 square foot house of ridiculousness. His logic was that he never traveled, thus spent all of his time in his home. Fun fact is that he kept one of the gates from the demolished homes, as his personal exit, right near Brian Wilson’s lavatory – I mean, the hedges of Holmby Park. 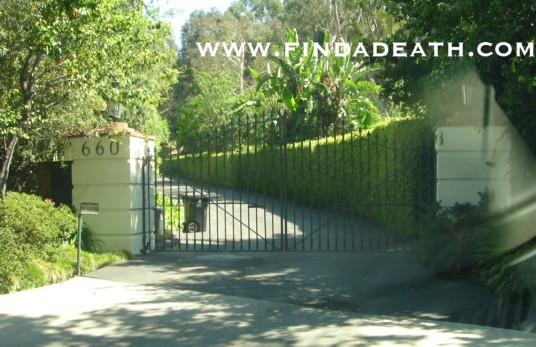 This is the service entrance. 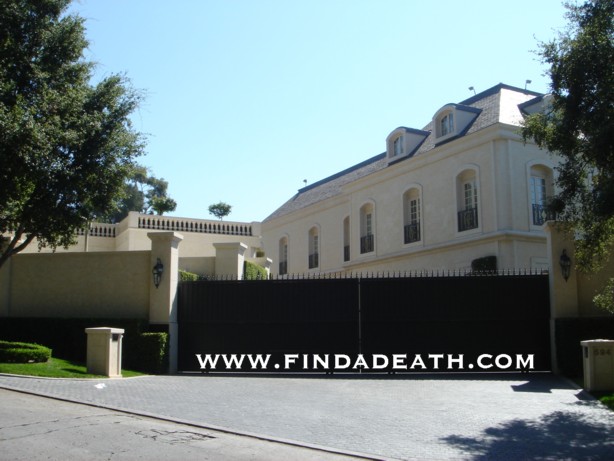 His first wife was groovy ghoulie Carolyn Jones (Morticia on The Addams Family) from 1953 to 1964.

The “Guinness Book of World Records” cites Aaron Spelling as the most prolific TV producer ever, with more than 200 television series and movies to his credit during his 50 years in the business.

Thank you Kevin, for putting together this story.