I think that the actors that I work with feel safer with me. Because they know I understand what they go through and I don’t see them as chess pieces.
The way I see it is that love can put an end to this bureaucracy people go through in their relationships. But it can’t blind you to the fact that maybe there are bombs, there are problems and the ozone layer is depleting.
I did a lot of acting when I was a child. I was very shy – the kind of kid who ran into a corner and cried on parents’ visiting day.
I’ve worked with a lot of directors who really don’t have a sense of what the hell they want.
Show More Quotes
Show less

“There are some hard things about being a woman director, but there are other ways where it’s an advantage. There are things that I get away with that men could never get away with. Like, I would wear these silly animal hats on set. I have one that’s like a big bear head — it looks like a bear is eating my head — and I’d go up to someone and say, ‘we have to stay a couple extra hours tonight’ — I’m wearing the big bear head, how are they going to say no to me?”

Adrienne Shelly was a promising actress and film festival prize winning director who first gained notice for her performances in the independent films: The Unbelievable Truth, Trust and Factotum.

Shelly wrote the screenplay for the film Waitress when she was pregnant with her first child. The actress/writer/director said she wanted to explore the unspoken fear that women face knowing their bodies and lives would be changed forever by motherhood. By the time her indie film was shot, her daughter Sophie was a toddler. During post-production, Shelly said she was thrilled that she had created this “love letter to her daughter”. At the early screenings of Waitress, Shelly told people that she was especially proud of seeing her creative project through its various stages – alongside her life as wife and mother. During the Autumn of 2006, Shelly (who also co-starred in the film with Keri Russell and Cheryl Hines) was waiting to hear if it would be accepted into the January 2007 Sundance Film Festival. 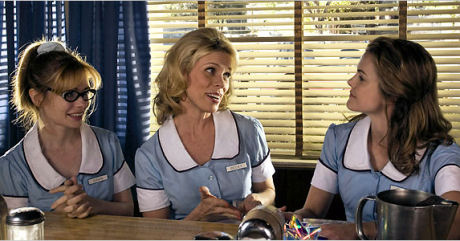 On Wednesday, November 1st, 2006 around 9:30 am, Shelly’s husband Andy Ostroy, a marketing executive, dropped his wife off to work at her office in a sublet apartment in Manhattan. 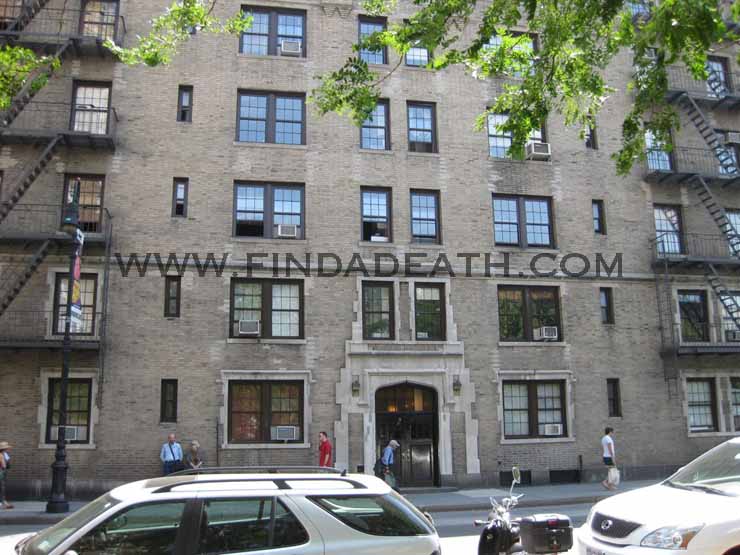 He later found it strange that he had not heard from his wife all day and couldn’t reach her.  By 5:30pm he was nervously racing over to the building to check on her. 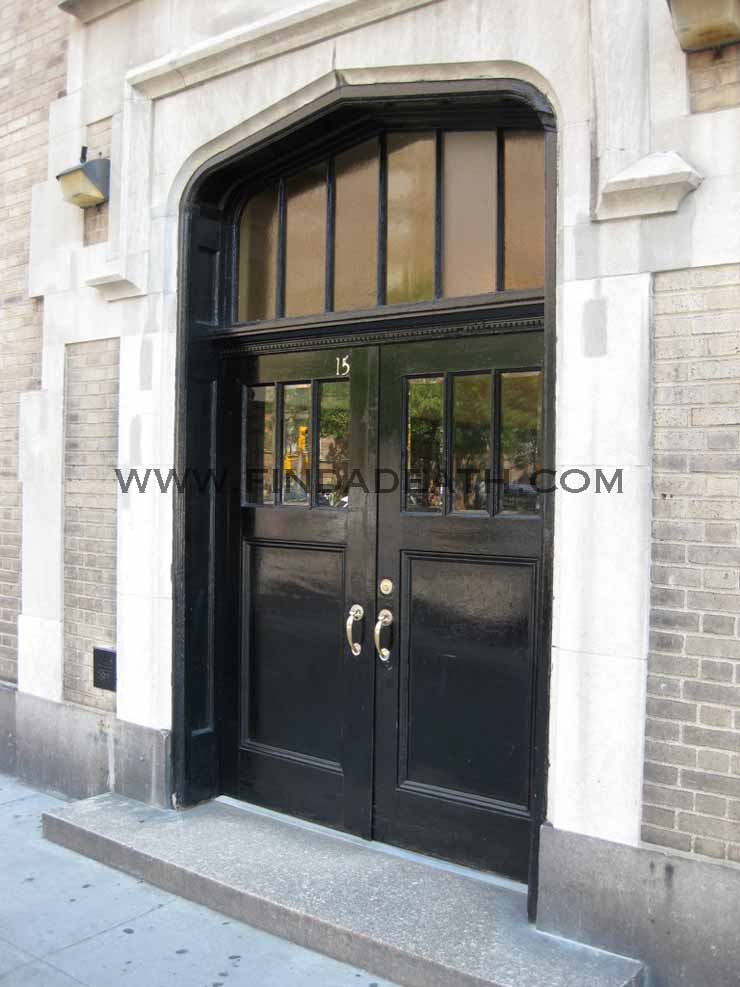 He asked the doorman to go upstairs with him, and found her Apt# 47 door unlocked. Inside, at the back of the apartment, he found his wife hanging by a bed sheet from a shower rod in the bathroom.

Early news reports called it a suicide, though no suicide note was found. Her husband was reportedly questioned for nearly 5 hours by the police. An autopsy was performed the following day.

The body of a beautiful, talented actress was found hanging from a shower rod in the bathtub of a Greenwich Village apartment by her horrified husband, who cried out, “Why? Why?” cops and witnesses said.

Adrienne Shelly, 40, who was also a director and screenwriter, apparently killed herself, cops said, but added they’re examining some mysterious aspects of the case.

In a shockingly prophetic interview, Shelly told a magazine in 1996 how her father rebuffed talent agents hoping to sign her up as a child actress by telling them, “I will not have my daughter jumping out of a window when she’s 30.”

And in 2002, she told an interviewer she had “gone through life with this feeling that life could end at any given moment,” adding she would not accept delays in producing her film projects “because in my way of thinking, I might not live another seven years.”

By Saturday, November 4th, Shelly’s mother, husband and other family members were vehemently disputing the suicide claims in the press. A source at the building where she died told the press that he was the last person to see her alive. 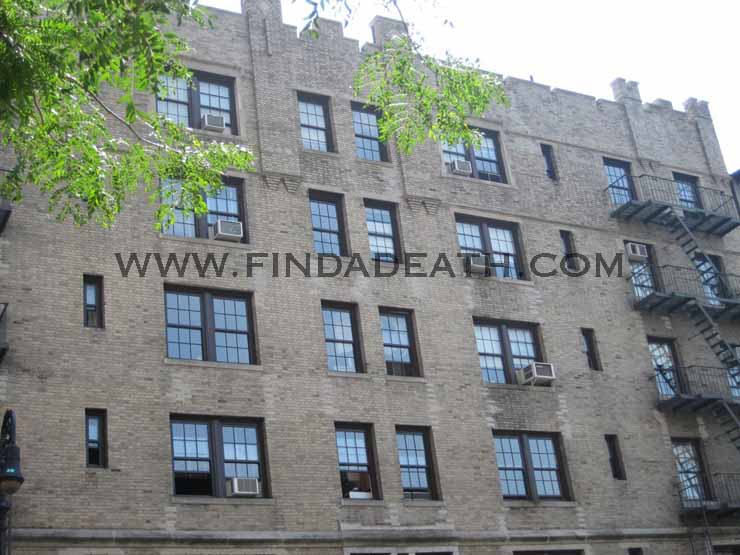 He agreed she did not look suicidal and seemed “really, really happy.” They had reportedly discussed Halloween and that she had just gone trick-or-treating with her 3-year-old daughter Sophie who dressed as Cinderella.

Shelly’s husband told reporters, “I am doing everything I can, everything humanly possible to find out exactly what happened.” (The family was so convinced that it was a murder – they hired renowned forensic pathologist Dr. Michael Baden, to perform a second autopsy on Shelly at the funeral home that Saturday, under the watch of two detectives). She was buried after a private funeral. 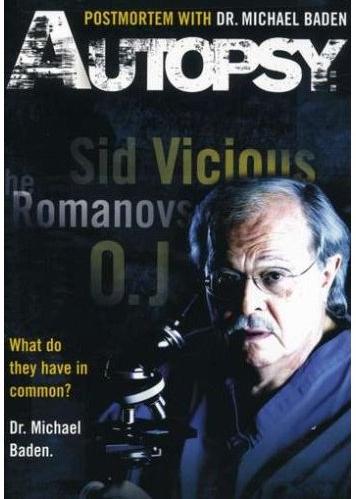 Pillco was nabbed by police at his Brooklyn apartment after detectives matched several Reebok Allen-Iverson sneaker prints from the toilet seat in Shelly’s bathroom to a print they found in the construction-site apartment downstairs in unit #37. The murderer’s stunned boss, contractor Louis Hernandez, called his employee “a good kid.”

Pillco told cops: “I was having a bad day. I didn’t mean to kill her. But I did kill her.” He confessed to detectives that he punched the 5’2″ Shelly in the face after she yelled and slapped him over noise that he was making while renovating a vacant apartment below her. After seeing her unconscious and believing she was dead, he dragged Shelly into her apartment, wrapped a bed sheet around her neck and made it appear she had hanged herself.

While Shelly’s family sat shiva in her TriBeca apartment home in the days following her burial, the press (again, NY Post) was blaming the victim in sensationalist headlines like: ACTRESS SET OFF ILLEGAL’S ‘KILLER’ RAGE BY CALLING HIM ‘S.O.B’. Shelly was portrayed as an irate actress yelling at a poor hard-working immigrant who took her reported son of a bitch insult literally – making him lose control. The killer was described in the press as “quiet and peaceful” (by his cousin) and “respectful and well-mannered” (by his landlord).

Pillco later contradicted his earlier story and told the trial judge that Shelly had not complained about noise, but rather he had noticed her and her big black purse on the elevator. He observed what floor button she pressed then rode up one extra floor and walked down the stairs to her apartment. The door was ajar and he entered seeking to steal her wallet. Shelly confronted him and reached for the phone to call the police. He grabbed the phone away and covered her mouth and nose until she passed out. The medical examiner determined that Shelly was still alive when hanged. Originally, Pillco claimed he didn’t know Shelly was still alive when he hanged her, but in court he admitted to choking her with a sheet, tying it around her neck, and hanging her. Pillco reportedly noted that he got the idea of staging a suicide from a Spanish novella that he’d read, and used the same knot he’d learned from stringing up pigs in his native Ecuador. Pillco was found guilty of 1st degree manslaughter and sentenced to 25 years in prison without parole – then deportation. In court he declared his sorrow and asked for forgiveness. Shelly’s family said they’d never forgive him and hoped he’d rot in jail.

As if the media hadn’t added enough insult to tragedy, on February 16, 2007, NBC-TV’s crime drama Law & Order (on which Shelly had once acted) aired an episode entitled “Melting Pot“, based on Shelly’s murder (“Ripped from the headlines!”). 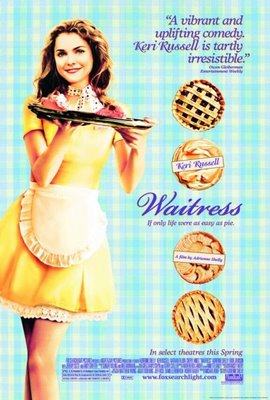 Shelly’s film Waitress premiered at the 2007 Sundance Film Festival, where it was immediately acquired for $4-5 million by Fox Searchlight. Her $2 million budgeted film earned $22 million worldwide. In the brief weeks and months after her death, indie-film veteran Adrienne Shelly had finally reached the critical acclaim of which she always dreamed.

Her husband Andy Ostroy created The Adrienne Shelly Foundation to support the efforts of women writers and directors, and to award films that opposed violence against women. 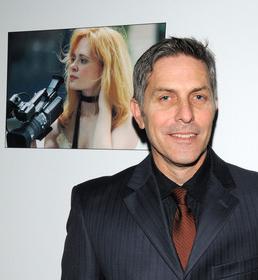 On Monday August 3, 2009, The Adrienne Shelly Memorial Garden – on the southeast side of Abingdon Square Park at 8th Avenue and 12th Street – was dedicated in her memory. 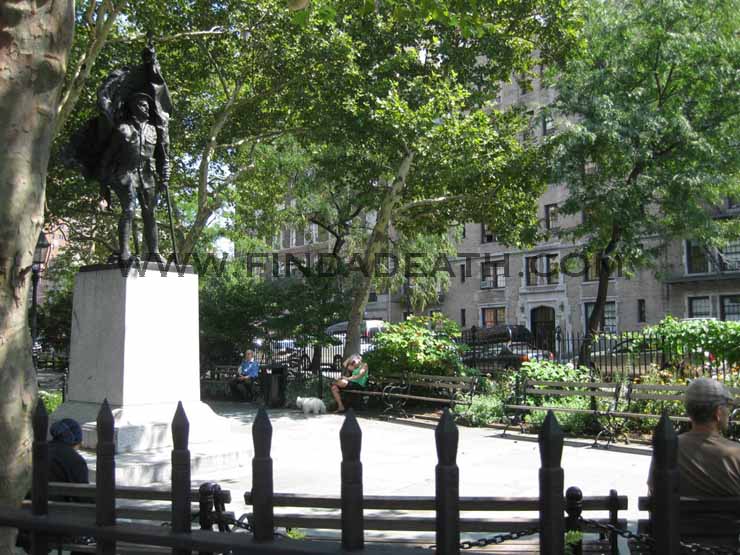 Shelly’s husband, mother, sister and 6-year-old daughter Sophie attended the dedication – along with actors Paul Rudd and Mary Louise Parker. Her husband told the press, “This has been a long but very satisfying journey to honor my late wife in the park she loved so much, across from the building in which she lived for many years, worked and died.” 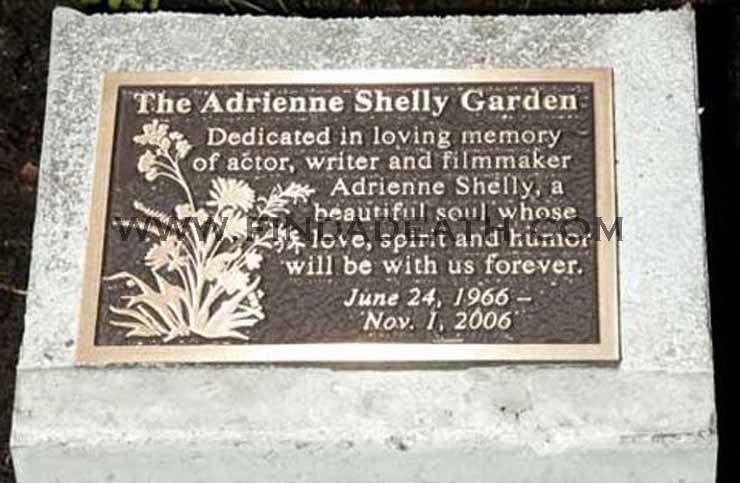 Profile by Mark Langlois with Special Thanks to D. Miles for the NYC photos.