(Talking about Gilligan) I don’t dislike him. I mean, it’s just that I’d like to kill him every now and then.

Alan Hale Jr. Alan and his wife, whom he called, “Trinket,” lived on Orange Grove, in Hollywood. 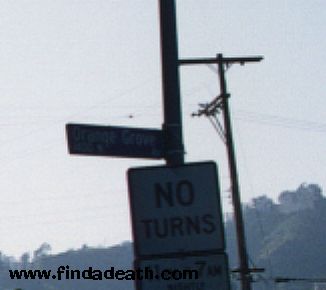 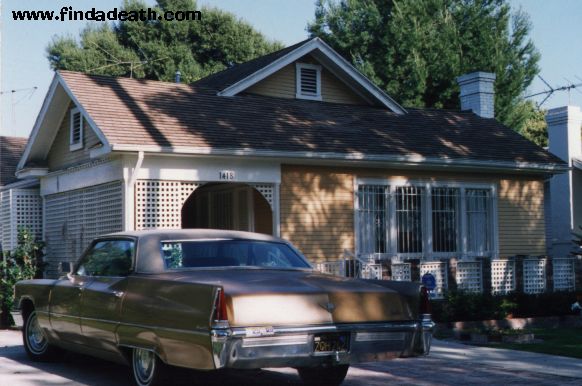 He was such a nice guy, never shunning a fan, and always letting rip with that huge laugh of his. He was diagnosed with cancer of the thymus in early 1989. He went through treatment, and thought he had beaten it, but five months later it reappeared in his stomach, and lungs. Even while sick, Alan still kept an upbeat attitude. One of his favorite things to do was visit sick children in the hospital. 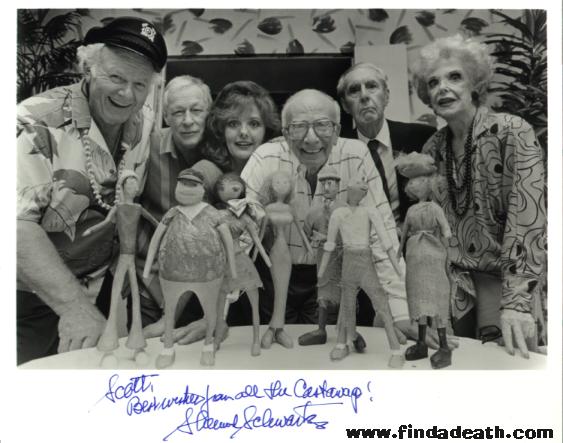 Sherwood Schwartz, the creator of Gilligan’s Island told the story of one such occasion:

“There was a boy of about 10 who’d just had a kidney removed. Alan debated whether he should see the boy. Just then the doctor came along and said, ‘Go ahead, he’s waking up.’ Alan went in and the boy looked up in disbelief and said, ‘Skipper?’ Alan said, ‘That’s right son. The Skipper is here and everything is going to be all right.’ Gawd, bring on the Kleenex.

Shortly before his death, he was admitted to St. Vincent’s Medical Center, in Los Angeles. 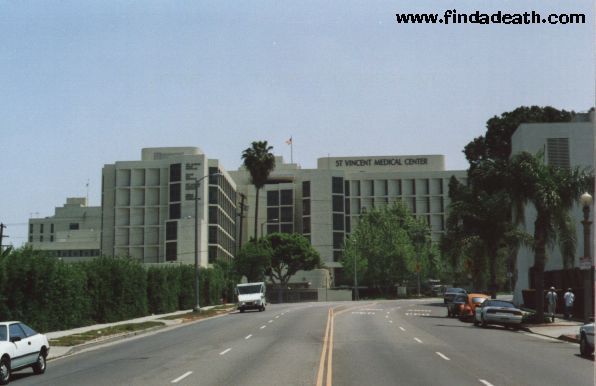 He knew he was dying, but instead of talking about it, he just remarked what a beautiful day it was. He said he wanted “to stay here until the sun goes down.” His wife sat holding his hand, and she, Alan and a priest prayed. Then, just as the sun went down, Alan drew his last breath. It was Tuesday, January 2nd, 1990. He was 71 years old. 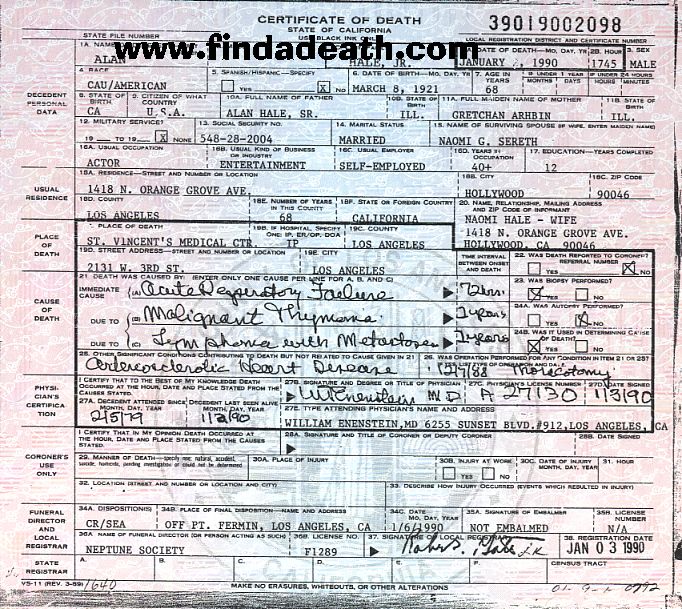 The Skipper was cremated, and on January 6th, his ashes (for the first time, I can say appropriately) were scattered at sea.

I wrote a note of sympathy to Mrs. Hale, and this is what I received from her. 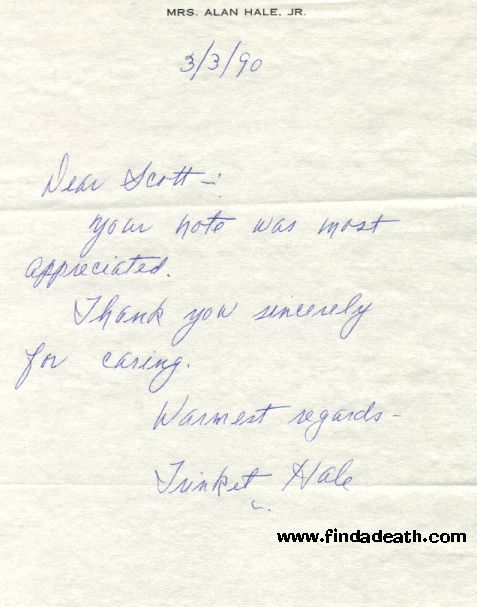 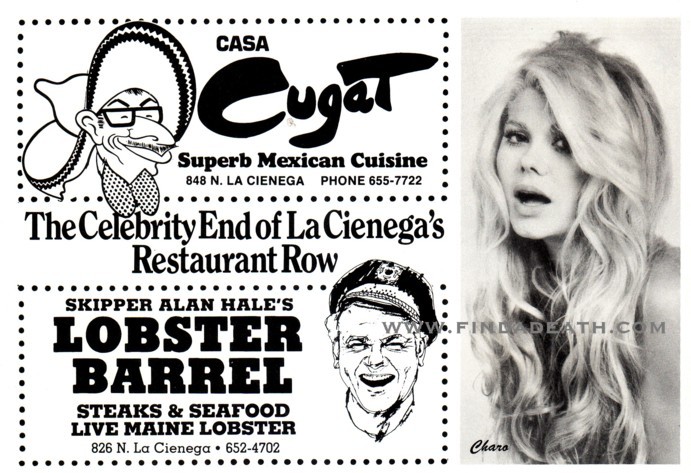 Thanks Nancy for the ad!