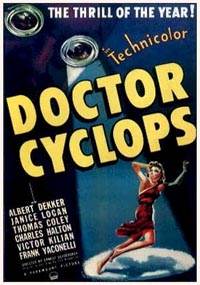 His long-time fiancée, Geraldine Saunders, last saw Albert on May 2nd, when they attended the opening of The Latent Heterosexual, at the Hollywood Huntington Hartford. At the time she said, “We were to have gone again on Friday, but my numerous phone calls to him that evening went unanswered.” She also claimed that they were to be married within the next month.

Albrert Dekker had recently moved into an apartment on Normandie Avenue in Hollywood. 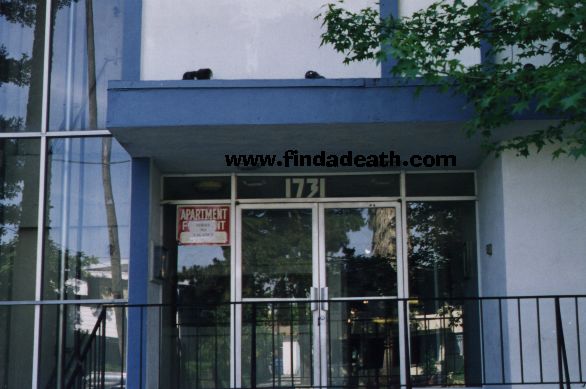 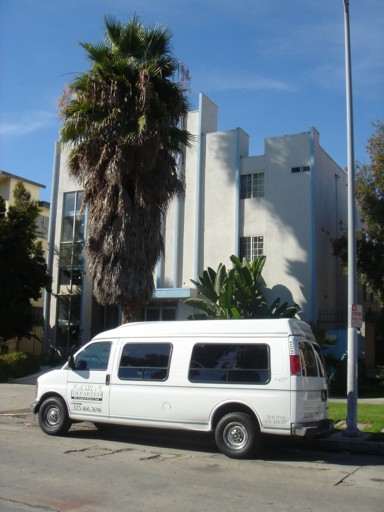 Initially annoyed and then concerned, Geraldine went to Dekker’s apartment on Sunday morning the 5th. There were numerous messages and notes attached to the door of his apartment from others who were concerned. She asked the manager to open the apartment door just to have a peek.

When she turned the corner into the bathroom, she saw in the bathtub…

A few years back we were making the documentary Dearly Departed Vol. 1. Albert Dekker was one of the featured stories. Director Mike Dorsey lived in the building, but in a different apartment. Since they are all the same, we were going to shoot it in his place. In an “oh, what the hell” moment, I thought… Well, we’re here. Why don’t we ask the people who live in Dekker’s actual place?

So I knocked on the door.

A nice girl answered the door. I told her we were doing a little documentary about an actor who lived in her apartment in the 1960’s. I asked her if she wouldn’t mind if we shot in her apartment for a minute. She agreed and asked us to return in 20 minutes. I stressed to her, “We really want to see the bathroom.”

She looked at us strangely and agreed. We returned.

This is what happened.

He was kneeling nude in the bathtub.  A noose was around his neck but not tight enough to have strangled him. A scarf was tied over his eyes and a horse’s bit was in his mouth, fashioned from a rubber ball and metal wire, the bit had chain “reins” that were tightly tied beneath his head. Two leather straps were stretched between the leather belts that girded his neck and chest. A third belt, around his waist, was tied with a rope that stretched to his ankles, where it had been tied in some kind of timber hitch. The end of the rope, which continued up his side, wrapped around his wrist several times and was held in Dekker’s hand. Handcuffs clamped both wrists with a key attached. Written in red lipstick on his right buttock was the word, “whip.” Sunrays had also been drawn around his nipples. “Make me suck,” was written on his throat, and “slave,” and “cocksucker,” on his chest. On his stomach was drawn a vagina. He had apparently been dead for several days.

Dekker was sent back east to the Garden State Crematorium, New Jersey. No one knows for sure what has become of his cremains. 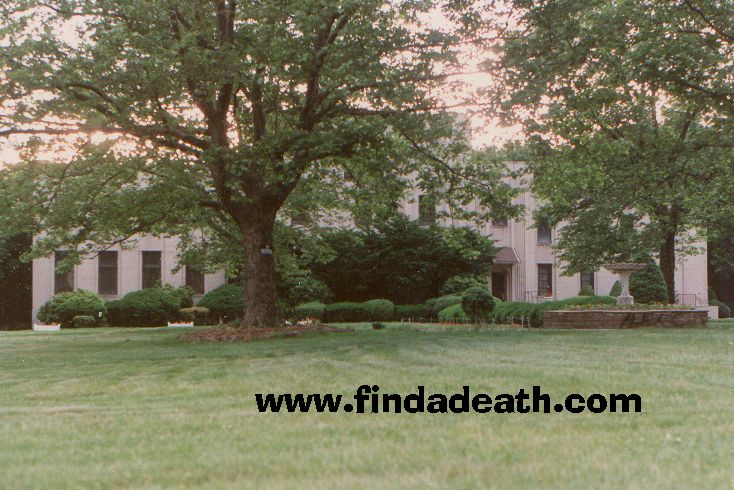 Some people say it was a robbery gone wrong, because a good deal of cash and electronic equipment was missing from his apartment. I think someone may have ripped him off, but it sounds more like Albert loved doing the dirty squirty thing on his own. He was the great granddaddy of all autoerotic asphyxiators. Problem is, he didn’t even complete the job.  The proverbial Die Trying, his death was ruled accidental.

1/2010 Findadeath pal Jaymuss has a pal that wrote celebrities for autographs in the 60’s.  This is one he got from our pal Albert.  I hope he washed his hands first.

I owe much thanks to Bob Siler again, for his text information for this story. 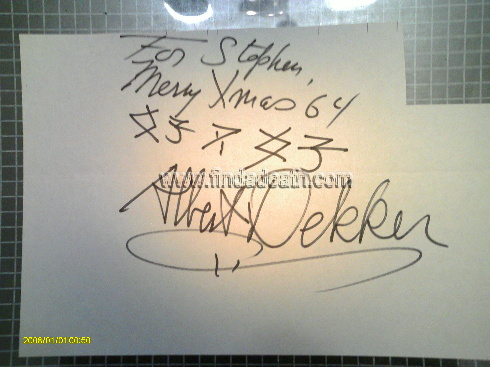