Anybody want a peanut?
I like my opponents the way I like my steaks – in bunches.
It’s difficult wherever I go. They don’t build anything for big people. They have everything for blind people, for cripple people, for some other people, but not for big people.
I am not supernatural. I’m just myself.
I know I have eaten more good food, drunk more beer and fine wine, had more friends, and seen more of the world than most men ever will.
I love my profession. I know what I’m doing, I love travelling.
Often when I go to home of people who have small children, the children will run from me, even though they have seen me on television. I understand why they do this but it is a sad feeling for me, even so.
I use what God gave me.
Show More Quotes
Show less

Andre The Giant was born Andre Rene Roussimoff in the countryside of Grenoble, France. His parents and four siblings were of average size. They knew Andre took after his Bulgarian grandfather who was over 7 feet tall so they weren’t alarmed at his size.  By age 14, Andre stood 6’3 and weighed 200 lbs and though he could do the work of three men on the family farm – he dreamed of different life. Andre first tried factory work in a nearby town, then moved to Paris in 1963 and worked as a furniture mover. 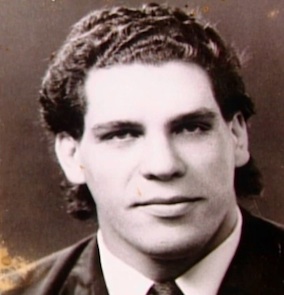 Biggie Biggs was discovered in a Parisian gym at age 17 (and 6’7″ tall) by local wrestlers who showed him a few basic moves and piqued his interest in the showbiz sport.

Within a few years he went from wrestling in traveling carnivals to appearing in arenas of North America and Japan.

It was while on tour in Japan, that Andre, age 22, first saw a doctor about his condition. He was diagnosed with Acromegaly (more commonly known as “Gigantism”), which causes those who have it to never stop growing. Andre learned that his condition would eventually become fatal.

Andre reportedly shrugged off the diagnosis and told his co-wrestler buddies that the doctors “didn’t know anything”. With the prospect of death in middle age, Andre developed a passion for food and drink.

French-Canadian wrestling legend, Edouard Carpentier, taught Andre the ways of the wrestling world and with “Lord” Alfred Hayes acting as his manager, Andre became the biggest attraction in wrestling. In 1973, he signed with Vincent J. McMahon Sr’s World Wide Wrestling Federation, (now WWE) the industry’s top promoter. McMahon Sr. shrewdly knew not to overexpose the talent and made sure an appearance by “Andre The Giant” was a special event. WWWF booked him for three visits a year to Japan, two to Australia, two to Europe, and the rest of the time into the major arenas in the U.S.

Guinness World Records estimated that the now 7’2″ / 370 lb Andre (dubbed “The 8th Wonder of the World”) was making $400,000 a year. It was at the insistence of colleague, Gorilla Monsoon, that in order to maintain Andre’s mystique, he must never lose a match by pinfall or submission. For the next 15 years, Andre won all but two matches – culminating with his big finish move of a scoop slam and sitting on his opponent.

Hollywood took notice and Andre was cast as “Bigfoot” on a hugely popular two-part episode of The Six Million Dollar Man (“The Secret of Bigfoot Part 1 & Part 2”) in 1975. 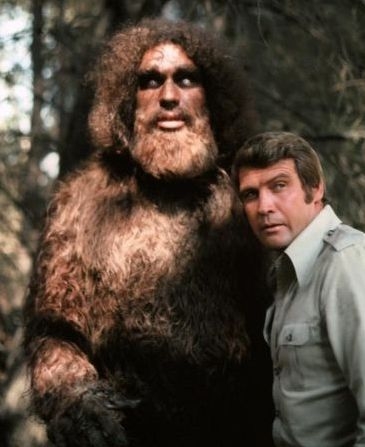 “We had this scene we were out in the woods and he throws me about 10 yards and then he’s supposed to take a big run and jump up and land right on top of me. He throws me and I’m laying there and it’s a sunny day and the sun is in my eyes. All of a sudden, this dark cloud appears and he blocks the sun. I’m closing my eyes and waiting to be pancaked, and he did not even touch me. That’s how good he was. Those professional wrestlers are something else. That was one time I really thought I was going to get it.”

Majors also hired Andre to work on his later series The Fall Guy. Andre The Giant continued to make occasional TV and movie appearances in the late ’70s / early ’80s.

As a set for the Bigfoot episodes, Universal Studios built a massive tunnel on their backlot.  This tunnel has since been a staple on the back lot tram tour.  It has shown up in several TV shows and now has been repurposed with scarabs for The Mummy.  Bitch still makes me sick.

Andre’s home was a 160-acre ranch in Ellerbe, North Carolina where he raised horses. 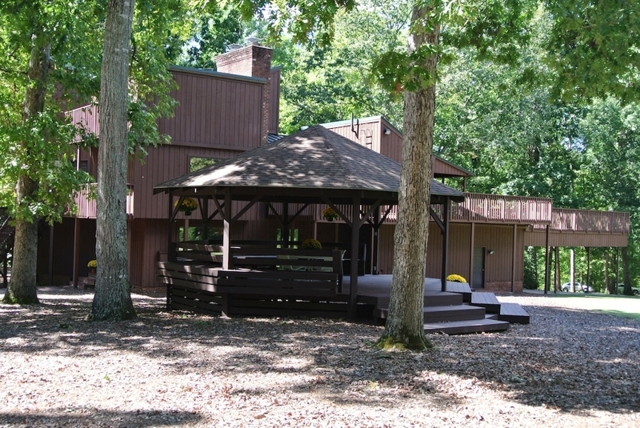 He loved his horses and he loved his beer…lots and lots of beer. His friends often reported that he would drink several cases of beer during the day, an estimated 7,000 calories in daily alcoholic pleasure. A close associate swore that Andre once finished 156 beers in one sitting. Big Man, Big Thirst, big.

Due to awkward and painful traveling accommodations on long road trips His management had a private trailer built for him with a raised ceiling and oversized couch. In this relative traveling comfort, Andre would consume a case of beer every 9 minutes. He reportedly treated his friends well, and always picked up the bar tabs and dinner checks.

After WWWF became WWF and was led to primetime TV exposure by Vince McMahon Jr, Andre had his biggest showcase with Wrestlemania III in 1987. The main event was Andre vs. Hulk Hogan. The show drew the first million-dollar gate in wrestling history, set a pay-per-view record that lasted a decade, and set the all-time indoor attendance record for a live event. 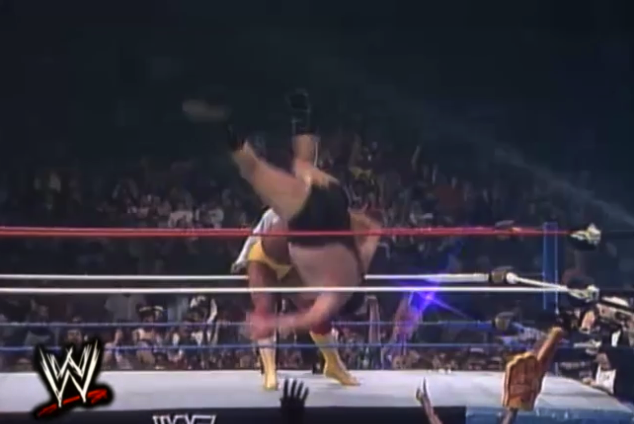 78,000+ people packed Detroit’s Pontiac Silver Dome and watched Hulk Hogan lift and body slam the Giant. His rematch with Hogan two months later, broadcast live on NBC, attracted 33 million viewers, making it the most watched wrestling match ever. The star wrestler torch was passed to Hogan and for awhile Hulkamania ran wild – and Andre took a much desired and needed rest from the ring.

Hulk Hogan claims that Andre’s wrestling moves included “checking the oil.”  In an attempt to throw off/startle his opponents, he pressed a finger on the opponents bullseye.  Hulk said, “His fingers were HUGE!” 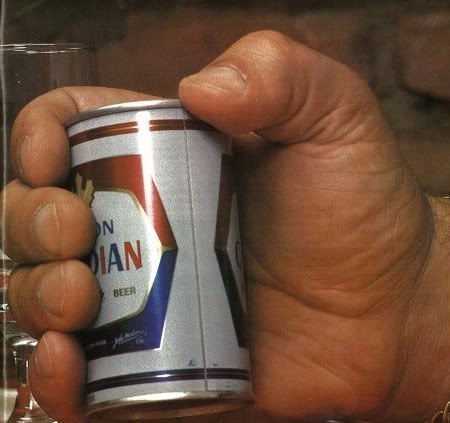 During his semi-retirement years from wrestling, Andre was offered and accepted the role of “Fezzik” in Rob Reiner’s movie The Princess Bride (1987). Andre was well liked on set and often kept fellow cast members, Mandy Patinkin and Carey Elwes, out drinking nightly and returning to set with colossal hangovers. Reiner tried to get Andre to leave the actors alone, but Andre was going to have a good time at any cost. Andre’s bar tab for his month-long stay at the London Hyatt during the shoot was reportedly just over $40,000. 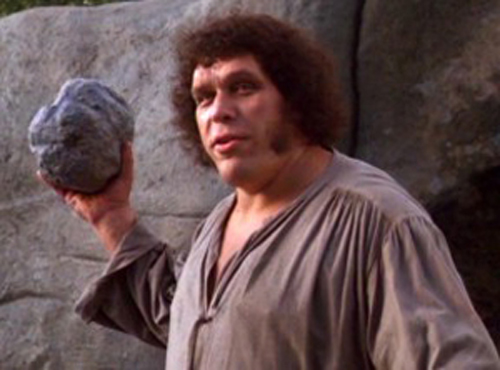 In 1989 Andre was arrested for assaulting a reporter in Iowaouch. 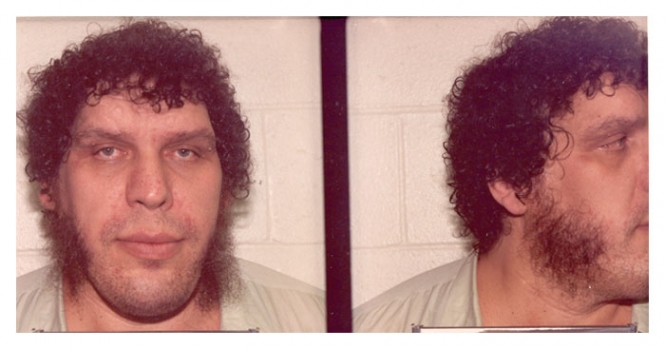 As the years passed, walking became harder for his size and wrestling was out of the question. He retired to his NC ranch.

In 1993, Andre was in France where he had recently attended his father’s funeral. He stayed at the Hotel De La Tremoille. 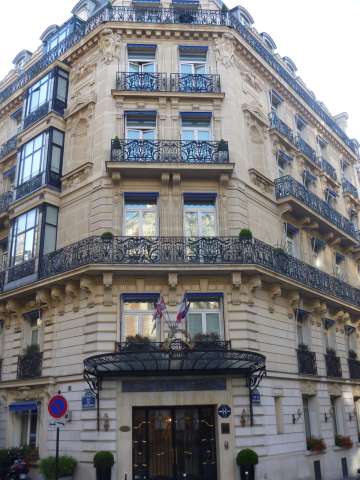 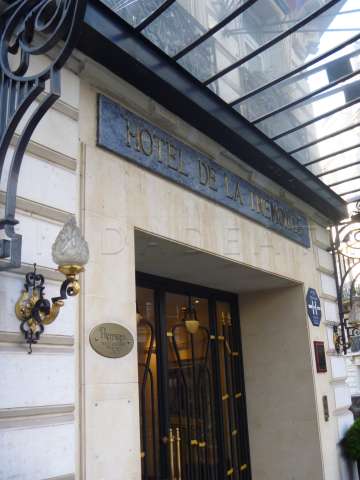 At some point on January 26, Andre lumbered up these stairs to his room, never to be seen alive again. 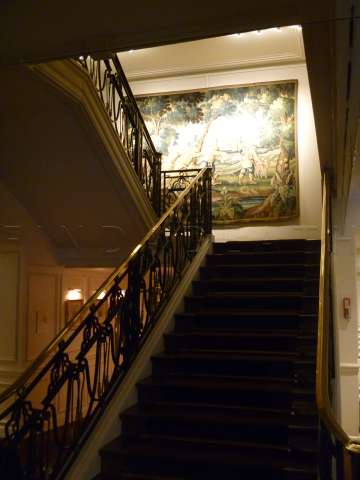 At some point during the night, Andre died in his sleep of heart failure at the age of 46. According to Andre’s friend, Frenchie Bernard, “He was lying in his bed when they found him.  He just went to sleep and never woke up.”

“I have had good fortune. I am grateful for my life. If I were to die tomorrow, I know I have eaten more good food, drunk more beer and fine wine, had more friends and seen more of the world than most men ever will.” 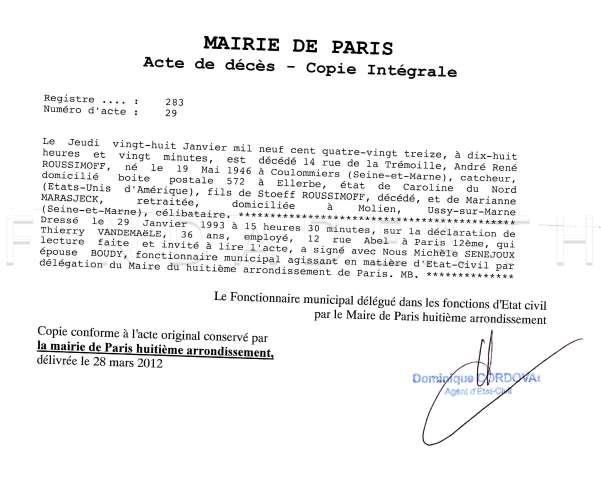 A funeral was held, after which he was cremated.  His friend, Frenchie, on horseback, scattered the 17 pounds of Andre powder around Andre’s ranch in NC, according to Andre’s own wishes.

I believe this is an image of Andre’s coffin. 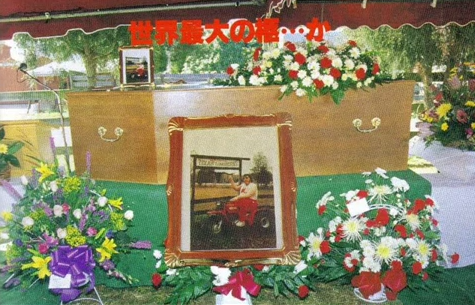 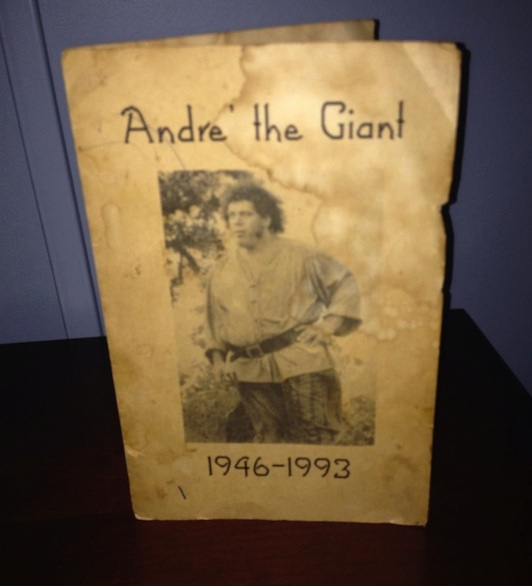 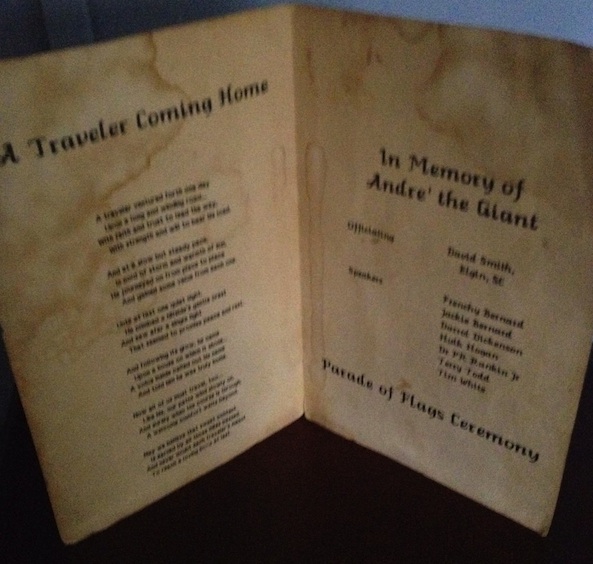 Andre is not over.  He is immortalized in the popular street art sticker/stencil of his likeness which was created in 1989 by artist Shepard Fairey (attending Rhode Island School of Design). The “ANDRE THE GIANT HAS A POSSE” poster took off with skater / hip hop culture who plastered the image all over the east coast and eventually nationwide in the United States. After a 1994 lawsuit threat from Titan Sports Inc, Fairey altered the image – removing the wrestler’s name and adding the word OBEY. The Andre face/Obey poster image can now be spotted around the world – and recently OBEY has become a clothing brand. 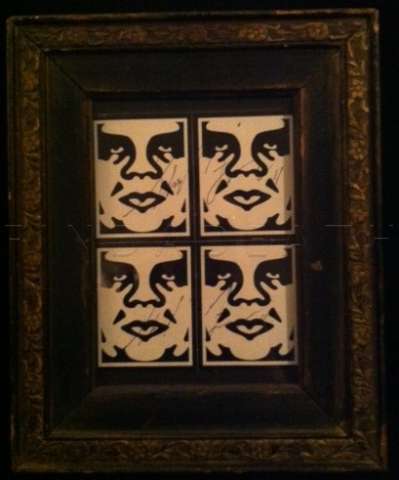 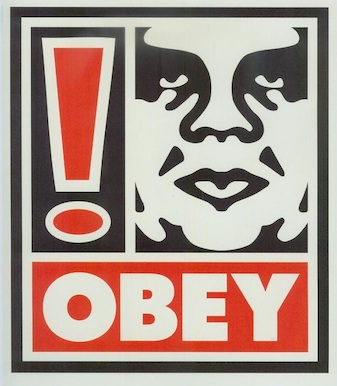 Andre’s ranch, complete with cremains, was auctioned off in November 2013. 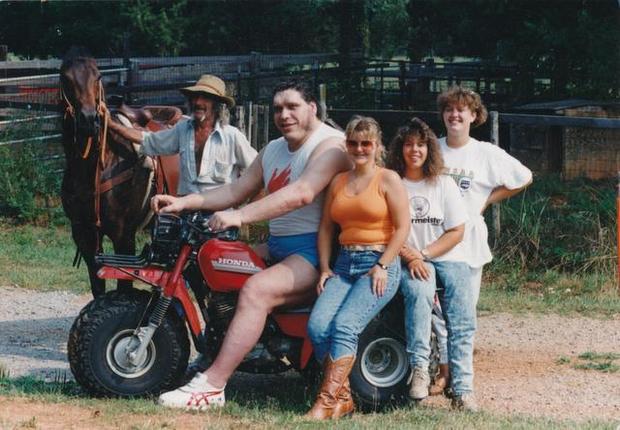 Thank you, Dixie, for your fine research, death certificate and photographs.