I need you so that I could die. I love you so and that is why.
Girls are always running through my mind. They don’t dare walk.
I respect the people who buy my records and come to my concerts. It’s only fair that I always try to give them the very best that’s in me. After all, I need them more than they need me.
Before, I was terrified on stage. I only play guitar during the acoustic songs. After a while, you can elicit certain responses from the crowd, like Elvis.
There is nothing to compare with the instantaneous feedback a singer gets from the people sitting in front of him. That is where it all comes together – all the rehearsing and working to get everything just exactly right.
I have to take time occasionally to get away from the pressures of this business. If I don’t, I think I would get stale, and that would show in my music.
I’ve been working at performing for five years now. I’ve been working in Australia and Spain and England. When I was only 15 or 16, 1 was performing in bars; I could have had legal problems, but it’s also the only way to get to know what music is all about.
I’ll have to get people to write songs for me right now until my own writing comes around.
I grew up in a show business family, so we’ve always had a great sense of balance, being so close to my parents. I’ve always known what is and isn’t reality.
Even my older brothers’ early success 10 years ago didn’t change me since there was such an age difference.
Show More Quotes
Show less

A Big thank you to Steve Goldstein for his photographs of Andy Gibb’s house, and of Andy’s grave, from his website Beneath Los Angeles, accessible from the links page. Thanks Steve.

By some accounts, Andy was living in London at the end of his life. I haven’t found that to be true, and his official address at the time of his death was in Woodland Hills, California. There is also reason to believe that the singer was living in Miami at the time, because he had declared bankruptcy there in 1987. There are many people more qualified to write about Andy, and please, feel free to submit any more comments.

The home mentioned as his official address is located on Oakdale Avenue, in Woodland Hills. I think it’s really his sister’s house. 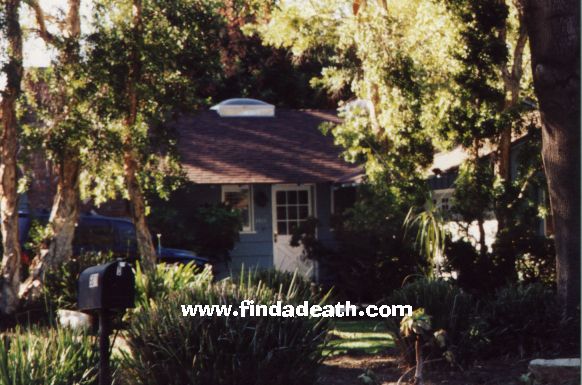 Andy’s career as a singer peaked with songs like, “I Just Want to be Your Everything,” and “Shadow Dancing,” in the late 1970s and early 1980s. He also had a very public relationship with Victoria Principal, which ended badly in 1982. Word is out that Andy was really distraught that Victoria dumped him, but his cocaine use was just too much of a strain on their relationship. More about her later. Andy decided to enter the Betty Ford Clinic in 1985, for cocaine addiction.

While they were together, they released this single.  Pass the insulin.

Andy finally got over sticky Vicky, supposedly kicked his coke habit, and was ready to return to work. By January 1988, comeback seemed close at hand. His bankruptcy had been discharged, and he had signed a new record deal with Island Records, and was scheduled to start recording in the spring.

In March of 1988, Andy was in London, working the new album. He celebrated his 30th birthday here on the 5th. He was staying near Oxford, when, on the morning of Thursday, March 10th, he entered John Radcliffe Hospital, complaining of chest pains. 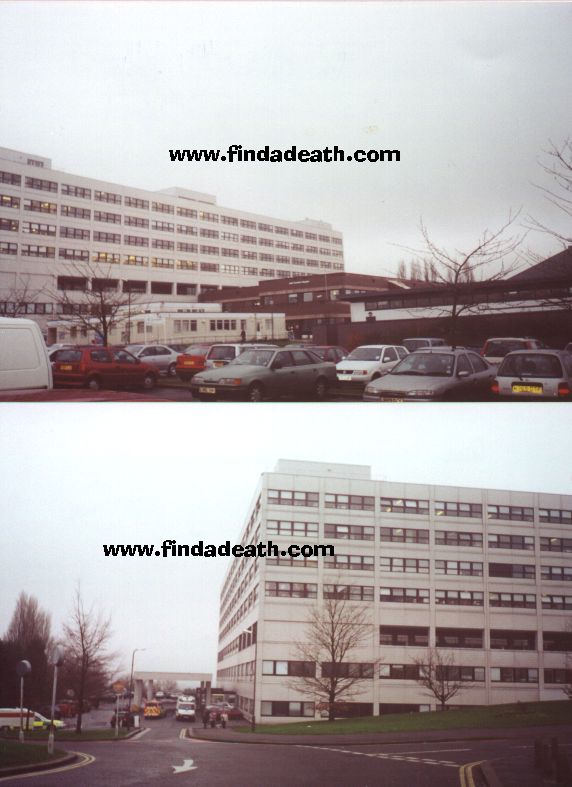 Andy Gibb died on March 10, 1988, just five days past his 30th birthday. His death from myocarditis (inflammation of the heart) followed a long battle with cocaine addiction, which had weakened his heart. There were rumors of suicide, but those were squelched upon the release of his death certificate.

Find a Death friend Christina from Ontario writes in: “On Andy’s death certificate there is an error. Bernice Barbara Gibb is his mother (she goes by Barbara), and not his sister. As for the house being his sisters, Andy has two sisters. Leslie (who is the first born of the Gibb children) I believe she either lives in Australia or England. The other sister is Berri (who is the youngest and actually is a cousin and not an actual sibling), she lives in Las Vegas.”  Thanks Christina.

He was shipped back to California, and his funeral was held at Forest Lawn Hollywood Hills. According to my friends, Kim and Roger, Victoria showed up for the funeral, but her limo was sent away. The Gibb brothers allegedly hold her responsible for Andy’s drug problems. They felt she dumped Andy, when she could have helped him. Tough call.  My pal Lisa sent me this scan of the funeral prayer card thingy.

As I mentioned, this is pathetically thin, so if you have any real information to add, please do. I’m sure we’d all be grateful.

Findadeath friend Scott Williams writes in: “I don’t know what his last home address was, but, as you know, he did die in
England. According to a “Behind The Music” special on MTV, he was staying in a stone cottage outside London while making his “comeback” album, had gone back to drinking like a fish, (his prior comeback as Joseph, in the Broadway show “Joseph and the Amazing Technicolor Dreamcoat,” was looking like an Tony award winner when his cocaine habit took center stage and he was fired after several no-shows). His last words were reported to be “this can’t really kill you can it?” (the pericarditis). Sad. 30 years old.”

Findadeath.com friend Tara Akinlose adds this:  “After he filed for bankruptcy, Andy was living in a condo owned by his brothers and getting a weekly allowance.  He then got the deal with Island Records, and went to the UK to live on Robin’s estate.  He was in the guest house at Robin’s (more like a mini castle), and having trouble writing songs on his own.  He got depressed, and started drinking A LOT.  He started missing meetings etc.  His mother got worried and came to the UK.

A few days after his birthday, he started having chest pains, and was admitted to the hospital.  His mom was with him, and didn’t want to leave him there, but in the UK, they do not let you stay overnight.  Before she left, she looked in on him and he was sleeping peacefully.  She left, with reservations.  The next morning, he died.  He’d been woken up by a medic asking if he could take blood.  Andy said, “Okay, that’s fine.”  Then he sighed and died.

I heard a story about Victoria and Andy when they were dating.  Apparently she liked coke too and was capable of cutting coke like a Benihana chef.  So maybe the Gibb brothers felt like she contributed to Andy’s addiction, since she liked to have a little toot on the side as well.

And as for Andy’s Greatest Hits Album, it is currently out of print.   The only “new” song on it is “Man on Fire,” not “Broken Arrow.”

Thanks so much Tara.  A wealth of information.

Findadeath.com friend Bill Boyer adds: Around the time of his death his reported income from the previous year was a whopping $8,000.  He played mostly small venues, and that was pretty much it.  I believe he was staying at his brother’s castle to write and record a new album.  Well obviously he never made it.  I think Island records were hounding him pretty bad about new music, although he did finish one song.  It’s called, “Broken Arrow,”  I think.  It was released last year, on a Greatest Hits album. 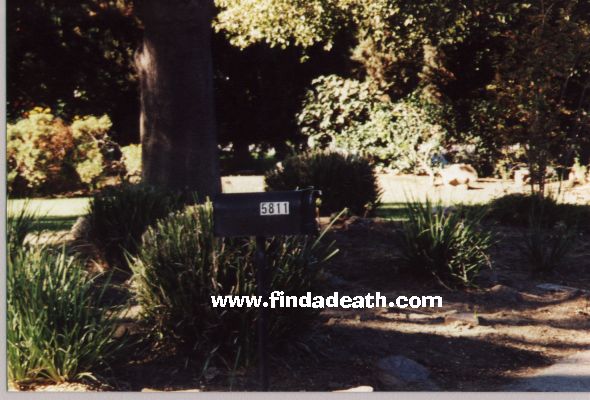