This is why I have loose concrete ideas on the future because I really don’t know when things are going to come to an end.
To lose a son under those circumstances – a violent death like my son went through, it just puts a burden on your heart.
Show More Quotes
Show less

Perhaps nobody epitomizes the Swinging Sixties more so than Brian Jones, founder member of the Rolling Stones. His unique style, charisma, and musical ability created the monster we see today, and Brian must be spinning in his grave as the Stones continue their 40th anniversary tour.

Born on 28th Feb 1942, to a middle class family in Cheltenham, England, Brian was seen as a rebel from an early age, having fathered two children by two different girls by the time he was 18, more were to follow. These pictures of Brian’s Cheltenham house come courtesy of Findadeath.com friend Kaz Coopey. 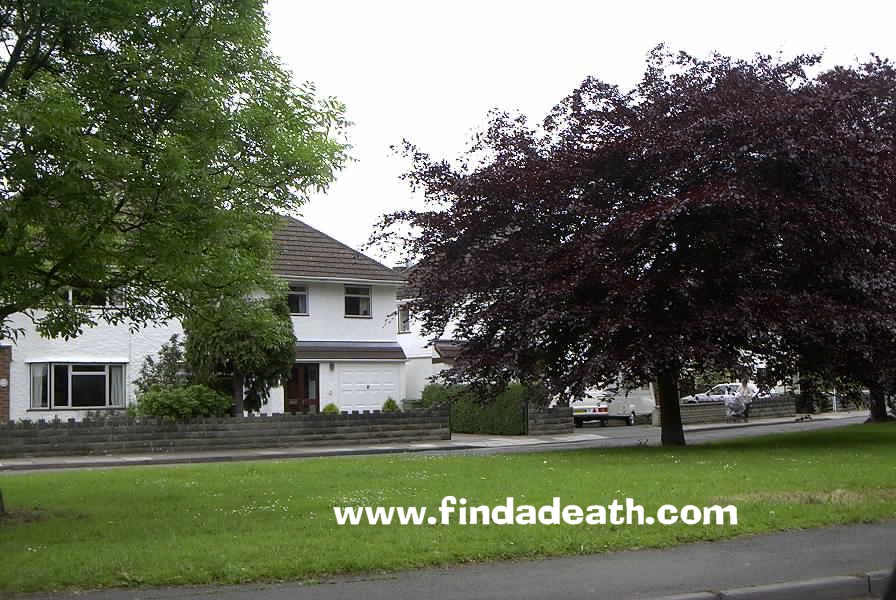 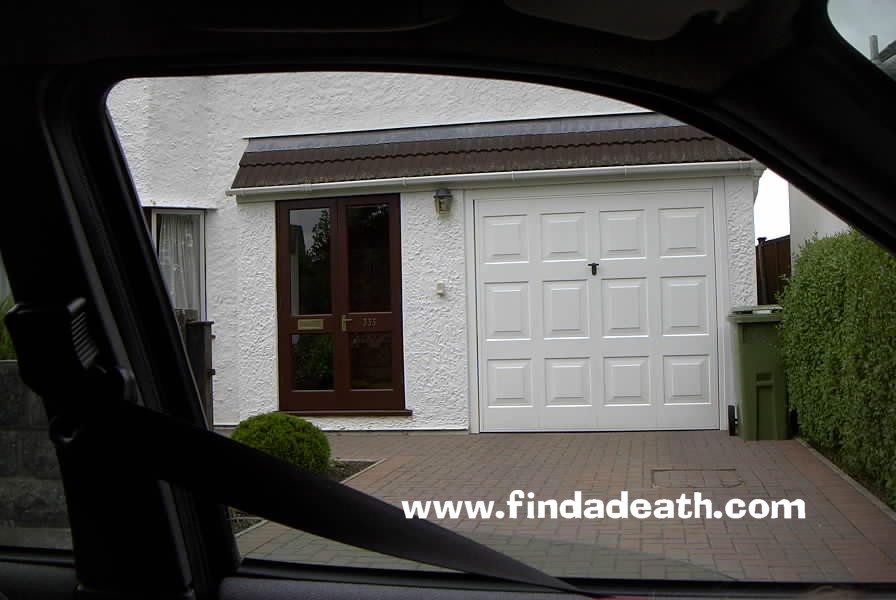 Thanks Kaz. Your patience with me is appreciated. Kaz sent me these snaps years ago, and they were lost in my move back to the USA. Finally found ’em.

Unable and unwilling to hold down a full time job, Brian left Cheltenham for London where he could indulge his passion for rhythm and blues. In 1962 he formed the Rolling Stones, and a string of hit singles and albums soon followed, along with adverse publicity over the bands behavior and image.

By the mid-Sixties, Brian’s heavy drinking and drug taking started to take their toll, and he became increasingly more ostracized from the band. He was an easy target for police drug busts and his paranoia led to a spell in the Priory Clinic, London.

In November 1968 Brian bought his first home, Cotchford Farm in Sussex, the former home of AA Milne, author of Winnie The Pooh. 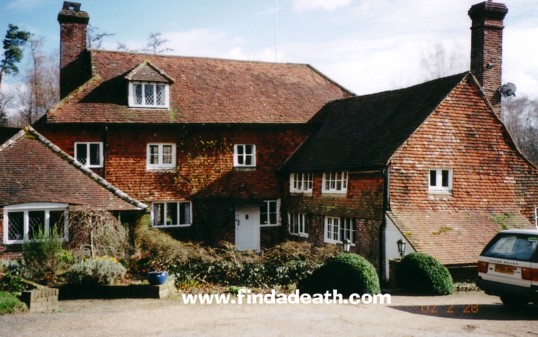 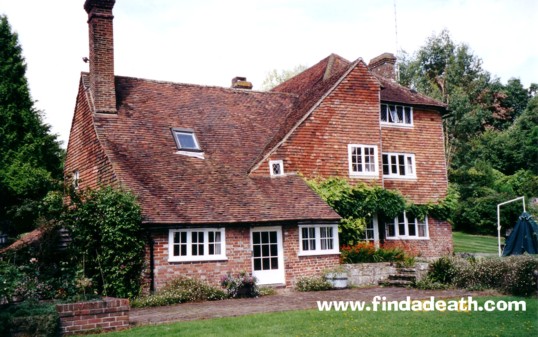 The house was set amid acres of ground and had its own swimming pool which Brian kept heated to over 80° F. 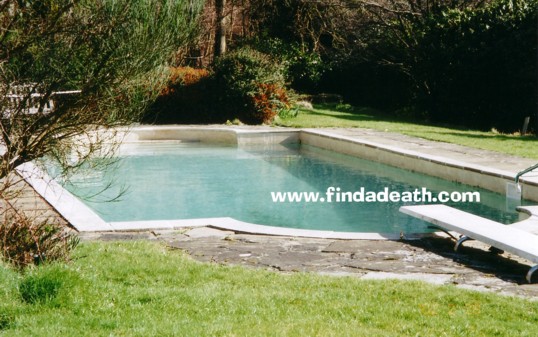 If you’ve ever spent a summer in Britain, you’d understand why. Brian reveled in his new country life and saw this as a fresh start, eventually moving in his new Swedish girlfriend Anna Wohlin.

The only thing upsetting Brian’s new life at Cotchford were the builders. Frank Thorogood, who the Stones office had employed to undertake renovation of the property, supervised them. Brian accused them of being slow, stealing property from him, and he felt they were taking advantage of his celebrity.

Brian’s lack of interest in the Rolling Stones led to a visit by Mick Jagger, Keith Richards and Charlie Watts to Cotchford Farm on 8th June 1969, to tell Brian they were replacing him in the band with guitarist Mick Taylor. A press release was quickly issued saying that the split was amicable, and citing musical differences as the cause of his departure.

According to several sources, Brian had by this stage already started writing his own material, recording and rehearsing musicians for a new band and was putting together an album of music he had recorded on one of his trips to Morocco.

The 2nd July 1969 was a warm and sunny and Brian spent the day with Anna. During the evening things went very wrong, and by 11:15 p.m., Brian was dead at the bottom of his swimming pool.

30 years after his death, Anna broke her silence to claim that Brian had been murdered by builder Frank Thorogood. There had been no love lost between Brian and the workmen, and a couple of days before his death Brian went up to London and stopped the workers wages, leading to an even bigger rift. On the night of his death, Brian had gone to the garage flat to try and clear the air with Thorogood, inviting him and friend Janet Lawson to the main house for a drink. Thorogood had suggested they went for a swim and Anna joined them in the pool until Janet called to say there was a phone call for her. It was while Anna was in the house taking the call that Brian drowned. She alleges that Thorogood warned her afterwards to keep her mouth shut and stick to the story he had given in his statement, that Brian appeared to have been drinking heavily.

The coroner recorded a verdict of “death by misadventure” adding that Brian had died while under the influence of drink and drugs. Considering that Brian’s post mortem showed he had only consumed the equivalent of three to four pints of beer and had little evidence of any drugs in his system, this seems mighty strange conclusion for a man who had a previous history of consuming copious amounts of alcohol and drugs. Brian was also well known to be an extremely proficient swimmer. Another fact overlooked at the time was that none of the three witness statements appeared to match up and Brian had been dead for some time before an ambulance and the police were called.

The Stones were in the recording studio when they got the news of Brian’s death. Charlie Watts was apparently inconsolable. They went ahead and taped a spot for “Top of the Pops” anyway.

A few days later, the Stones did a free concert in Hyde Park in front of a giant blow up of Brian’s face. Mick Jagger read two verses from Shelley’s Adonais, and some butterflies were released.

Brian was buried on 10th July in Cheltenham in what was the biggest funeral the town had ever seen. 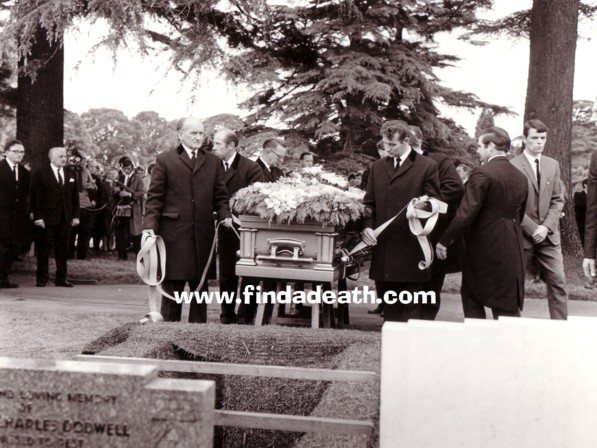 The only Stones to show up were Bill Wyman and Charlie Watts.

Brian was buried in a bronze and silver casket shipped in from America and reputedly paid for by Bob Dylan. He was wearing a powder blue jacket, white shirt and black tie, his hair had been lightened and was in its trademark bob, he looked as if he were asleep.  The pall bearers were furnished by the undertaker. 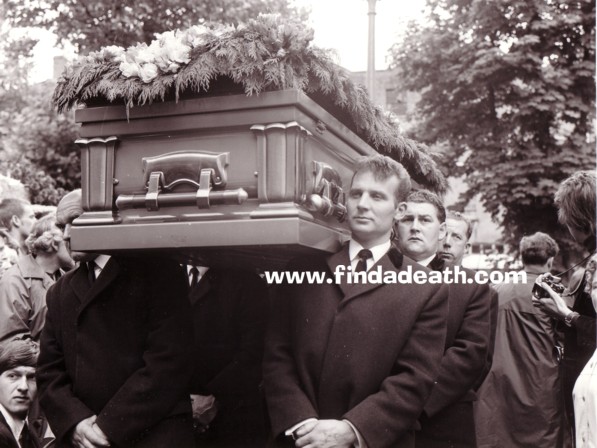 His family wanted a private funeral but before long the Stones management took over and released details to the Press. According to the funeral director, in a bizarre twist the Stones office also asked for photographs to be taken of Brian in his casket but the family put their foot down and security guards were placed at the funeral to make sure that no photographers got in.  Here is the program from the funeral. 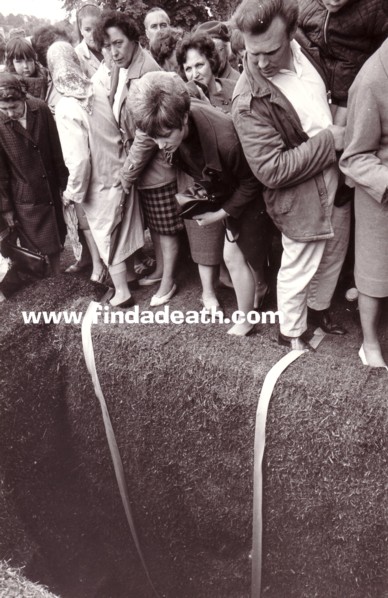 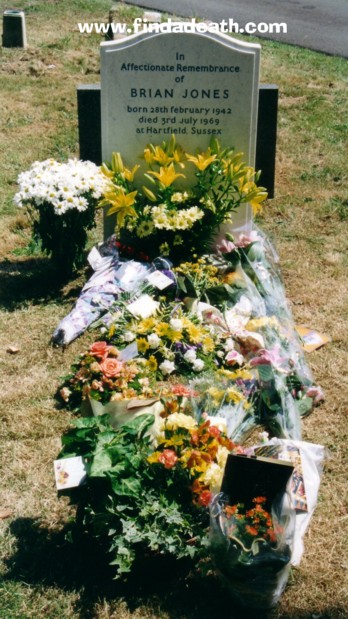 In 1994, Frank Thorogood (the builder) was on his deathbed, and supposedly confessed to murdering Brian saying, “It was me that did Brian. It just happened. I just snapped. That’s all there is to it.” He died before any official confession could be recorded.

An attempt to reopen the case into Brian’s death in 1995 reached a blank with nobody prepared to come forward with further information.

Trivia: Brian is buried 10 feet in the ground. The plan was that his parents would eventually be buried with him. They are still alive and it’s been over 30 years now, so we’ll see what happens when the time comes.

More: Lot of shit flying around at the moment in the Press regarding the new film they are making about Brian. Jagger has taken out an injunction to try and stop it happening (thinks it will portray him in a bad light, doesn’t care about Brian though) and the film company say they have enough info to reopen the case into his death, how cool is that..!

And more:  The people that run the fan club are now selling tiles from the swimming pool in which Brian drowned.  I know I have mine, and if the conditions are right – I can hold it up to my ear…

For more information, and a fan club for Brian, check this out.

Thanks. You know who you are.