Well… Doggies!
Remember, that of all the elements that comprise a human being, the most important, the most essential, the one that will sustain, transcend, overcome and vanquish obstacles is – Spirit!
Writing fiction, there are no limits to what you write as long as it increases the value of the paper you are writing on.
Show More Quotes
Show less

Buddy was a nice guy. I got to spend a bit of time with him a few years ago. Hell, longer than that. I had hair. 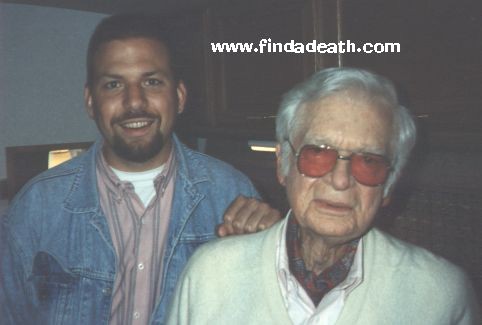 Buddy looked older than dirt back then, and I remember he had one of those phlegmy voices that always made you want to clear your throat. Professionally, it’s fairly well known that he started as a dancer, and was the original choice for the Tin Man in The Wizard of Oz, Audrey Hepburn’s husband in Breakfast at Tiffany’s, and of course Jed Clampett, amongst others.

In 1998 Buddy had heart surgery, and was given a valve from a pig’s heart. He came through the operation just fine, thank ya kindly.

On June 26, 2003, Buddy was hospitalized in Torrance, with pneumonia. It was announced that his condition was “good.” Ebsen lived nearby in Palos Verdes Estates, with his wife since 1985, Dorothy. Their very nice home, coincidentally was very close to this street. While in the hospital, Max and Donna visited and reminisced. That would have been wild to have heard.

There was a private family funeral, and his ashes were scattered at sea.  Buddy was a nut for sailing, and except for the fact that there is no place for fans to pay their respects, it was the perfect farewell.  You can leave virtual flowers here.

On Saturday August 30th, there was a memorial service for Buddy at the Television Academy in North Hollywood. 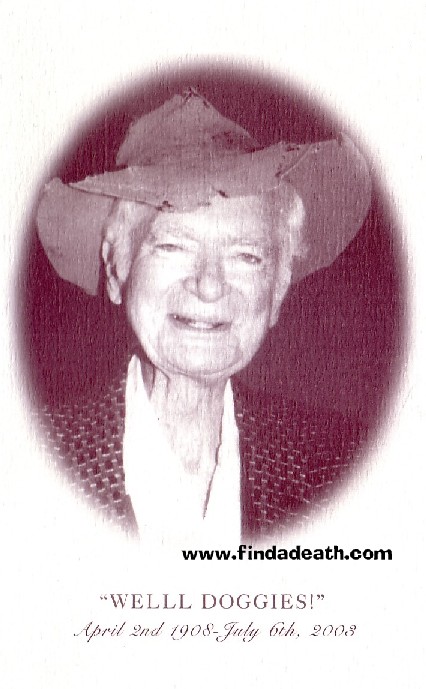 Attending were Lee Meriwether, Jane Withers, Max Baer, Donna Douglas, Linda Henning and Fess Parker. It was so crowded, people were turned away.  There was a color guard because Buddy was in the Coast Guard.  Dick Van Dyke hosted the event, which included a video presentation (which Buddy narrated) and tap dancers. At the end, Kiki, Buddy’s daughter, sang a song that Buddy wrote. Buddy was very active in preparing his own memorial. Max Baer spoke, and broke down because Buddy was sort of a surrogate father to him.

There was also a display of Buddy’s artwork.

Trivia: The Dick Van Dyke Show succeeded because of the Beverly Hillbillies. TDVDS was cancelled early on, and Sheldon Leornard pleaded to have it put back on right after the Hillbillies, which gave it an audience and made it work.  Dick owes a lot to Buddy and the gang.

Last year, my friend Crystal gave me a terrific tour of the Disney Studios.  Since I never go anywhere without my camera, I managed to get shots of Buddy’s hand prints, and more hand prints. 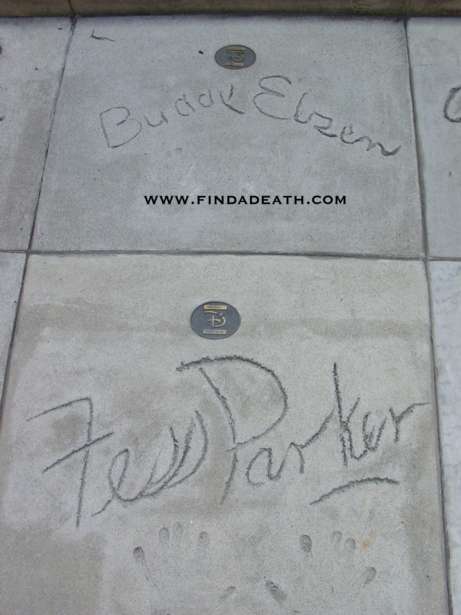 Honorable Mention:  On Friday March 25th 2005, Mr. Paul Henning passed away.  Paul created The Beverly Hillbillies, which spawned Petticoat Junction and Green Acres.  Rest In Peace, Paul.  I hope you know how much you made us laugh.

Big thanks to Steve Smith and Bonnie for crashing the ceremony, Steve Cox for information, Mike Steen for the Death Certificate and Steve Goldstein for the great snaps of Buddy’s home.