Silence is of the gods; only monkeys chatter.
I don’t act, anyway. The stuff is all injected as we go along. My pictures are made without script or written directions of any kind.
Show More Quotes
Show less

He was old school. You might think me stupid, but he was one of those silent film actors that sort of blurred in to the rest of them, to me. Harold Lloyd, etc. I do remember him turning up in Beach Blanket Bingo, with my all time fave, Annette Funicello. Don’t you dare say a bad word about my girl.

He had been happily married to Eleanor Norris, who was considerably younger than him.  He was once married to Natalie Talmadge, sister of the famous ones, and they had two sons together.

At the end of his life, Buster lived in Woodland Hills, CA, on Sylvan Street. 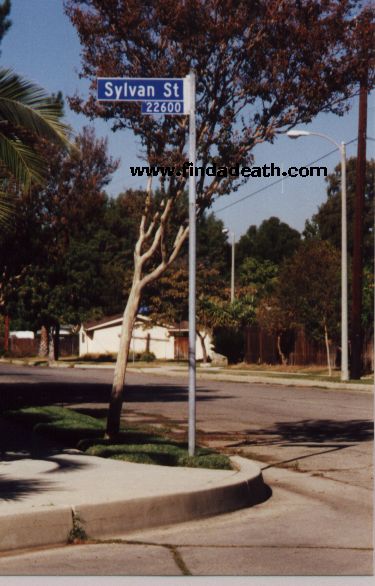 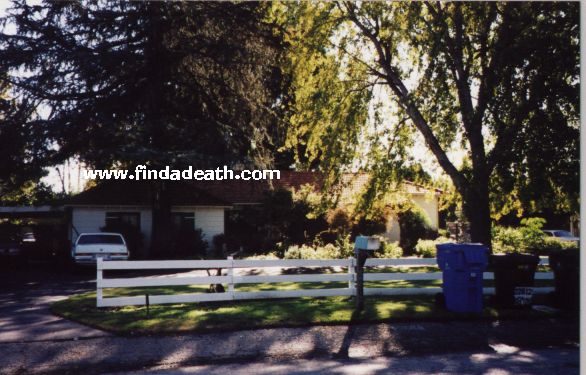 Here is another (with the mailbox), 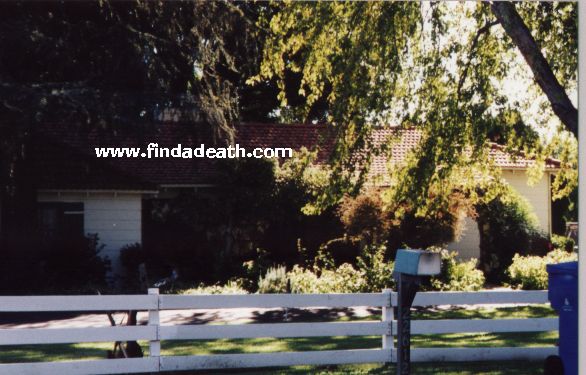 and last but not least, if Buster Keaton had lived, these would be his garbage cans. 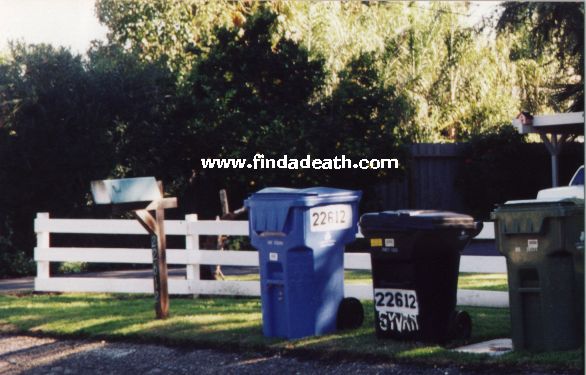 Big Findadeath.com thanks to Steve Goldstein for the photographs.

He is buried in Forest Lawn Hollywood Hills. Findadeath.com friend Rebecca Mennel managed to dig up the fact that Dick Van Dyke gave the eulogy at the funeral.

More: Buster was so nicknamed by Harry Houdini, who was also his Godfather (thanks Beca)

Just wanted to make an addition to your great mention of Buster Keaton. I’m almost positive his very last movie was in the 1966 Zero Mostel movie, “A Funny Thing Happened On The Way To the Forum”. His part was small… he played Erronius, the “running father”. I believe it was less than a month after filming his parts in this movie that he passed away.
Also– about getting the nickname “Buster” from Harry Houdini. I’ve heard this on a documentary somewhere. When Houdini visited the Keaton household in 1896, he witnessed a 6-month-old baby crawl frantically towards the stairs, and before anyone could reach him– Baby Keaton hurled himself down the entire flight, allegedly “laughing all the way”. When he landed, he looked up at his stunned mother, father, and Godfather Harry (who were still standing atop the stairs), and laughed out loud.
Harry responded, “Well, looks like he enjoys getting busted around a bit… don’t ya, Buster?”

Findadeath.com friend Kevin Hassell sends this in:  I remember seeing Buster Keaton appear on an episode of Lucille Ball’s second series (Here’s Lucy)? I forget the title. I saw it a while ago, and remembered it when I saw his entry. I think it was one of his
last appearances, next to Beach Blanket Bingo. Just thought you’d like to know! Cheers!

Great site! Re: Buster Keaton, he also appeared in an incredible episode of the Twilight Zone which combined “silent movie” techniques (bad piano, fuzzy speedy film) with “modern” film (for the time). The episode was written by Richard Matheson (third season so well into the ’60s!) and was called “Once Upon a Time”. Pure genius and possibly one of the funniest TZ eps ever done. Keaton was *extremely* old and still very nimble… M. Partous, Montreal

The nickname “Buster” has been attributed to Harry Houdini, who was indeed friends of the family and Buster’s godfather. However it is only a myth, the truth can been found in Marion Meade’s book cut to the chase. A friend of the family, George Pardy ( a vaudville comedien), watched Buster fall down a flight of stairs and exclaimed, “Gee whiz he’s a regular Buster”. Buster’s father identifies him in 1903, for the New York Dramatic Mirror. Buster changed the story for his autobiography to include Harry Houdini; this isn’t the only time Buster has stretched the truth!

Thanks for the info, Wayne! Interesting!