I’ve had the pleasure of being included in two trivia games in recent years.  The first one, my pal Cosmo turned me on to.  Co-writing that book about Rocky Horror was one of the highlights of my life so far, and I’m honored to have met so many nice people in the process.  The Rocky Horror Trivia Game first published this: 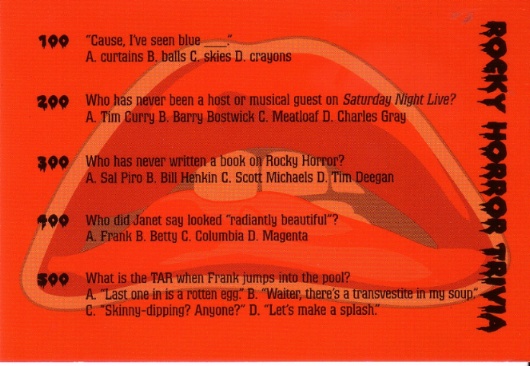 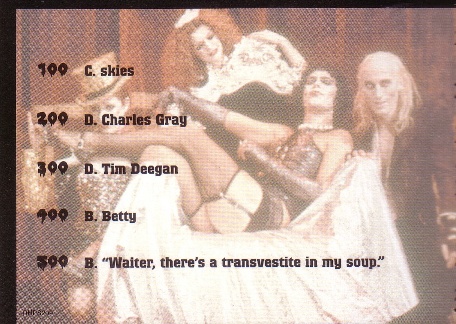 In January of 2008 I was playing the Trivial Pursuits 80’s edition with my pals Crystal and Methuselah.  We eventually grew bored and put it aside.  Bizarrely, like two days later I get an email from longtime Find a Death friend The Shadow who informed me that if we pursued playing, we eventually would have hit upon this card. 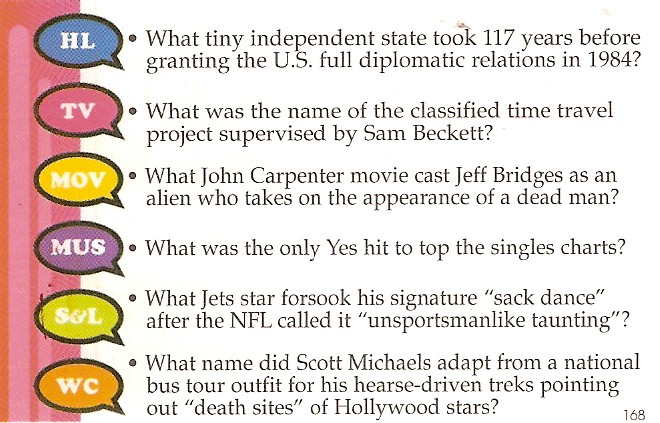 Now this particular card is factually inaccurate.  A man named Greg Smith invented Grave Line Tours.  I own Dearly Departed Tours, I don’t use hearses and its a completely different tour.  However I did run Grave Line for several years, so I’ll take a tiny bit of credit.
Very fun to be considered part of pop culture.