Regret leads to negativity, and negativity kills creativity.
The distinction between male and female will never stop existing. We are not alike, and I wouldn’t want to be.
Laughter is much more important than applause. Applause is almost a duty. Laughter is a reward.
If I talk about something I either talk about it or I DO it… the minute I talk about it it’s lost all it’s drive and all it’s fun.
I’ve never understood the use of vulgar language, but the definition of ‘risque’ is open to interpretation. I suppose I did many things in my shows that could be considered risque… at the time… right up until my 90s.
You just have to stick to it beyond all reason and all sanity; you just keep at it. You have to believe that you’ve got to be in the theater.
You know, if you’re lucky enough to have two smash hit shows, the traffic of the world goes through your dressing room.
It’s a terrible thing to admit, but I’m not sure I know what Women’s Lib is.
My clothes are an extension of my personality. I’d look awful in ladylike dresses.
I am finally a lady of leisure, and it suits me fine. For the first time in almost 10 decades, I don’t have an agenda or a structure to my days.
Show More Quotes
Show less

To describe someone as “one of a kind” can sometimes be an understatement.  Case and point:  Carol Channing.

As a kid I was mesmerized by her.  She didn’t even seem real with her over the top bubble hair, her bizarre voice and the way she told stories… and she NEVER BLINKED.  When she came on TV, my own eyes were like spirals.

It seems like almost everyone did a Carol Channing impersonation.  Most were passable… but not Lucy’s.  This clip goes on forever and is almost physically painful to watch.

The big moment in Carol’s career was the play Hello, Dolly!  It previewed in 1963 in my hometown of Detroit.  In the 1980s my dad, on a whim, took my family to see a revival Sunday matinee of the show with Carol Channing actually in it.  We were NOT a theater family. We didn’t even do movies together so it was ultra-weird, but ultra-cool.  When they made the 1968 film starring Streisand, Carol was gutted. “I felt suicidal; I felt like jumping out a window.  “I felt like someone had kidnapped my part.” “I’ve enjoyed wonderful health.  The only time I ever got sick was when I watched Barbara Streisand in Hello, Dolly! on an airplane.”

I have always clipped articles and photographs from magazines.  I don’t remember the context of this photograph, but I saved it.  For this, I guess. 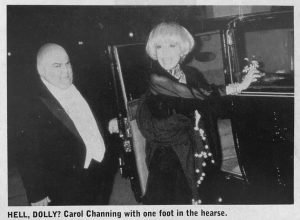 Carol was hugely “in” to health food – wayyyy before most of the world.  Carol was bringing jars of organic vegetables and potatoes to dinner parties and restaurants in the 1960’s.  Everyone just let it go.  But really, it was Carol Channing.  What the hell are you going to do?  Tell her no?  She also refused to drink alcohol.

Back to 1963, Hello, Dolly! almost closed in Detroit as the reviews were abysmal.  A gossip columnist named Shirley Eder, who became good friends with Channing, “saved” the show by giving Carol a good review, though the show itself needed “doctoring.” 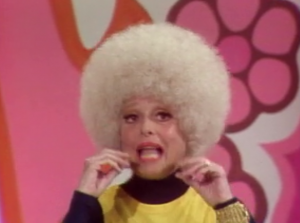 I had a chance to speak to Carol at a book signing and asked about Shirley Eder.  Carol was a hoot and we got along great.  She informed me that Shirley Eder was very ill with dementia.  Shirley died in 2005. 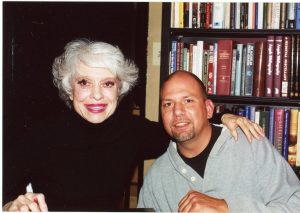 Another time, my pal Donna Lethal and I went to a benefit that Carol threw for a animals something.  It was an acid trip.  Donna asked Rip Taylor how he was.  “Medium.” 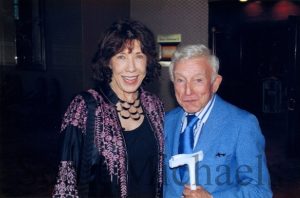 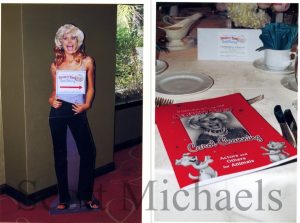 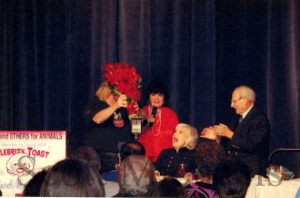 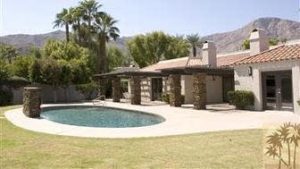 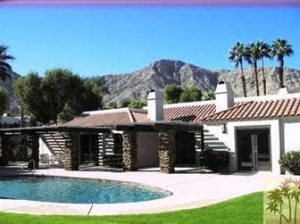 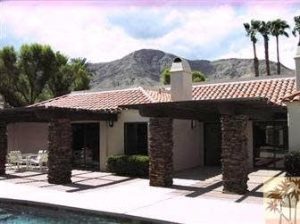 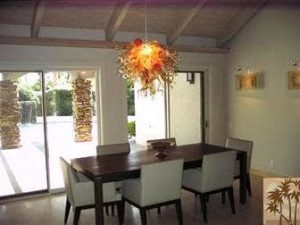 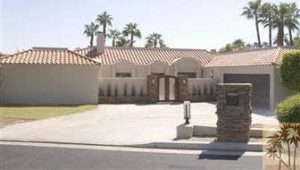 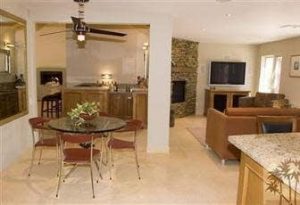 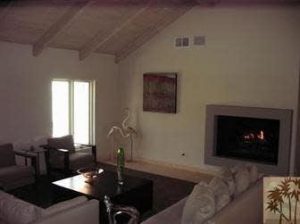 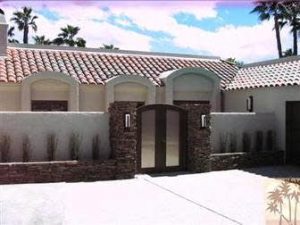 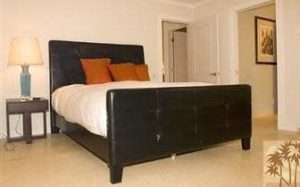 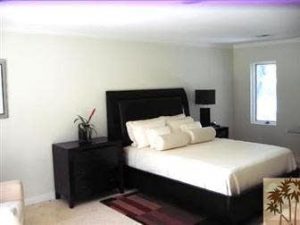 There was a traditional wreath placed on Carol’s star on the Hollywood Walk of Business Cards (50k, folks!) 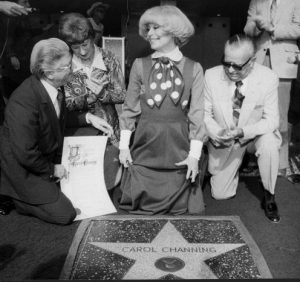 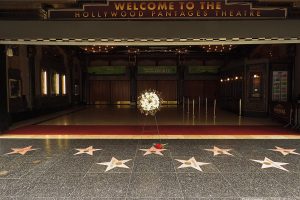 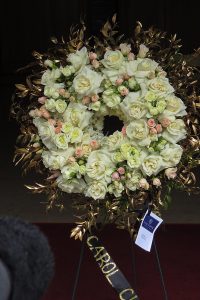 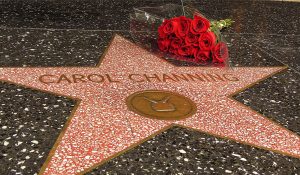 Thank you Brian Donnelly for the images.

Carol was cremated.  Findagrave lists her cremains as “scattered”.  Channing said that she wanted her ashes in scattered in her hometown of San Francisco, “in the alley between two of the city’s most famous theaters, the Curran and the Geary”.  That, or thrown off the Golden Gate Bridge.

There was a memorial for Carol in Palm Springs.  Our friend Jimmy Short sends this account along with photographs.  Thank you, Jimmy! 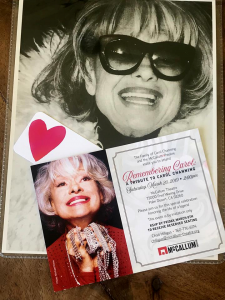 “It was an honor and a privilege to be part of “Remembering Carol: A Tribute to Carol Channing on March 23, 2019, at the McCallum Theater in Palm Springs. The afternoon was exquisitely produced by Chad Hilligus and the staff & crew of the McCallum.

“The afternoon began with a recording of Carol performing the Ephrem speech from “Hello Dolly!” and then the curtain rose to reveal the legendary Carole Cook, positioned in the nook of the piano, with the backdrop of 4 of Carol’s recognizable costumes on striking white mannequins, with her original “Hello Dolly!” dress, front & center. 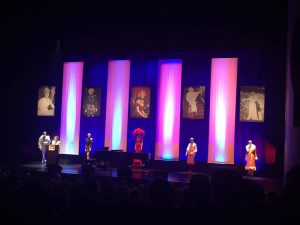 “The piano intro began and Ms. Cook proudly sang an elegant version of “As The Parade Passes By”, bringing forth every ounce of her soul for Carol.  Tyne Daly, Lily Tomlin, Gavin MacLeod, Dori Berinstein, John Bowab and Ruta Lee, spoke about their experiences with Carol and introduced TV & film clips of her performances and her well known characters.  Mary Jo Catlett, who originated the role of Ernestina in the 1964 Broadway production of “Hello, Dolly!” shared some humorous backstage tales of Carol.  Lynda Bird Johnson Robb, daughter of former president Lyndon B. Johnson, shared her memories of Carol performing at the White House, which started a lifelong friendship for the both of them.  Davis Gaines, who played Cornelius Hackle in the touring production of Dolly, sang a wrenching “It Only Takes A Moment”, followed by Alysha Umphress, singing a sassy and brassy version of “Diamonds” and “A Little Girl From Little Rock.” 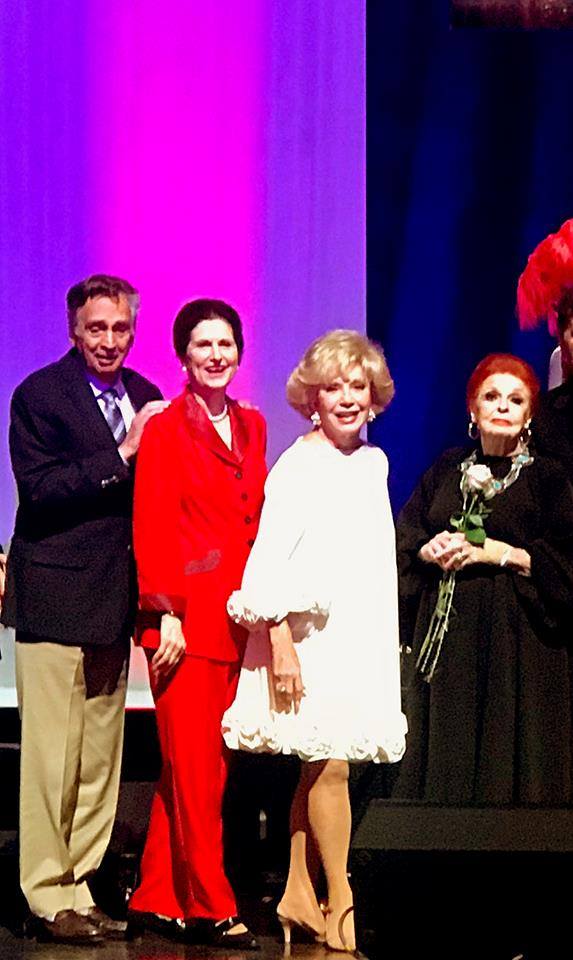 “A real highlight was when Kristin Chenoweth entered from stage right as she was announced, with mic in hand and stopped center stage.  It felt like she took in every person in the theater as she spoke briefly of her idol. When done speaking, she paused, dropped the mic to her side and said, “I think I must do this the way Carol would have wanted it”.  She turned, placed the mic on the piano, and as she returned to center stage, the piano began the intro to the song “Smile”, which Kristin sang acapella, while images & photos of Carol throughout her lifetime crossed behind her on the stage.  It was joyous evening!”

I think when Carol died, that was the end of living people in Rich Little’s repertoire. 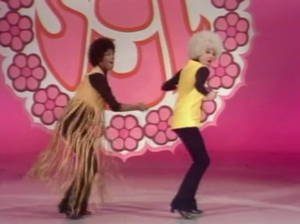 Trivia:  It was considered scandalous back “in the day”, but in 2002 Carol verified that she was born 1/4 African American via her paternal grandmother. “I know it’s true the moment I sing and dance. I’m proud as can be of it. It’s one of the great strains in show business. I’m so grateful. My father was a very dignified man and as white as I am.”

More Trivia:  In the comments below, Motherlove mentioned the “corn story”, so I did a quick search.

During the interval of a show she was starring in, Carol was using the toilet and forgot that she was rigged with a wireless microphone.  According to this story, Carol was um… “eliminating” in the toilet and didn’t realize the microphone was actually LIVE.  The audience heard the appropriate sounds you would expect, then the unmistakable sound of toilet paper rustling.  There was quiet for a moment until the unmistakable Channing voice exclaimed, “Corn?! When did I eat corn??!!”