They gave me a screen test and I got the part. And I got all my parts ever since then. (laughing as she looked down at her own ample chest)

Carol Wayne was a bubbly buxom blonde comic actress who made her mark in sitcoms of the 1960s and as the “Matinee Lady” in sketches opposite Johnny Carson on The Tonight Show. Carol and her look-alike sister, Nina, grew up in Chicago and started their showbiz careers as teenaged, pony-tailed, figure skaters in The Ice Capades.  After Carol’s bad fall and knee injury, the sisters moved on to Las Vegas and became topless showgirls in the Folies Bergère at The Tropicana. 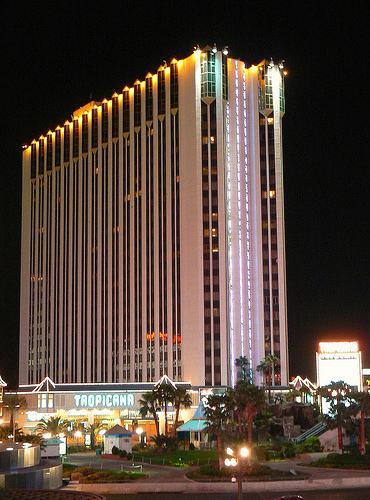 On their days off, The Wayne sisters always headed to Hollywood and it didn’t take long for casting agents to sign them up. Nina and Carol both appeared in episodes ofBewitched, and Carol did guest shots on I Dream of Jeannie, I, Spy (with future Manson Family Creepy Crawl victim, Jack Jones) and Love, American Style. 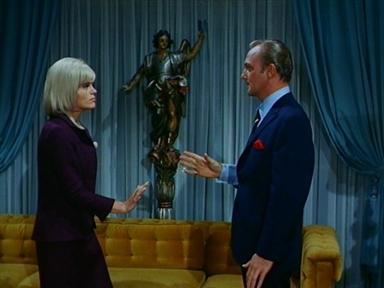 Carol also co-starred in Blake Edwards’ film The Party (1968) alongside Peter Sellers. Carol’s co-star Denny Miller said that Carol was a sweet and very intelligent girl – not at all like the airhead she played on screen. He said that when he knew her she was very much interested in yoga, spirituality and photography. 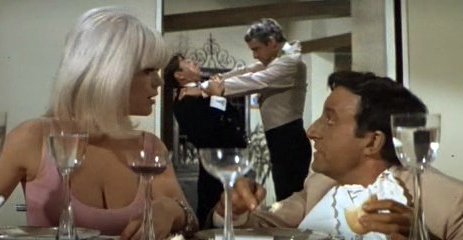 In 1969, Carol married rock-n-roll photographer Barry Feinstein.  Carol was reportedly in the audience at The Monterey Pop Festival in 1967 while Feinstein photographed the musicians.  (On a new DVD of Mont. Pop  — a message board writer posted on IMDB that you can see Carol in crowd footage ) Feinstein had previously been married to Mary Travers of Peter, Paul and Mary. Carol delighted in referring to the group after their marriage as “Peter, Paul and Scary.” Carol and Barry Feinstein had one son, named Alex.

In 1971, Carol started appearing regularly on The Tonight Show with Johnny Carson. She made over 100 appearances in skits and got big laughs. One running joke said that the busty Carol “would never drown” – not with her bosoms acting as natural flotation devices.

Carol told Carson in an early appearance that her defiant, toddler son was “the Terror of Tiny Town”, but said she enjoyed home life, gardening and her bonsai trees.

By 1975, Carol was divorced and remarried to TV producer Burt Sugarman. He kept her working in his game shows like Celebrity Sweepstakes. 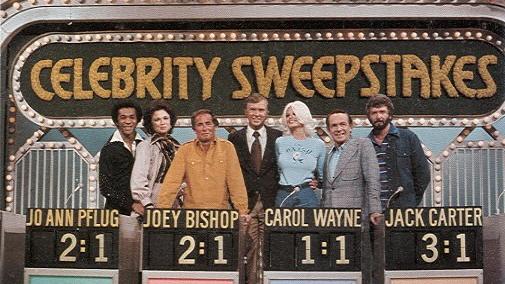 They divorced in 1980, and while booze and cocaine were easy to find in Hollywood, acting jobs were not. Johnny Carson’s show was now doing fewer skits in a format change from ninety minutes to an hour. Lee Majors kept Carol busy on a couple episodes of The Fall Guy in 1981, and she appeared in the family film Savannah Smiles in 1982.

By 1984, Carol’s son Alex was attending Beverly Hills High and Carol was scrambling for cash. She posed nude in the February issue of Playboy that year and took off her clothes in the film Heartbreakers, opposite Peter Coyote. 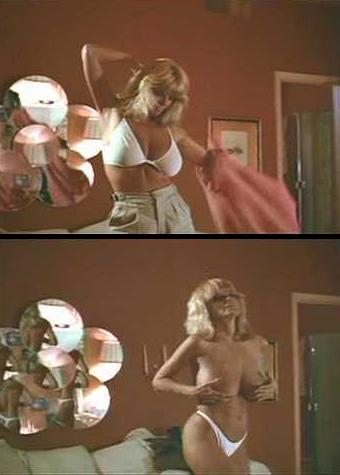 Carol’s drug use was escalating (she looked high as a kite as celebrity judge on a Cable TV pageant called Best Chest in the West) and reportedly her pal, Richard Pryor, offered to pay for rehab if she would just make the decision to get clean.

On December 19th 1984, Carol declared bankruptcy. On her petition she wrote that her income was “$000.00”. Three weeks later, Carol and Ed Durston, a divorced car salesman and party buddy, headed down to Manzanillo, Mexico for a getaway. Nobody will know if this vacation was Carol’s final fling before she planned to tackle rehab – or if it was her own “rest cure” for addiction? The duo stayed at the posh Las Hadas resort on Manzanillo’s Santiago Bay. 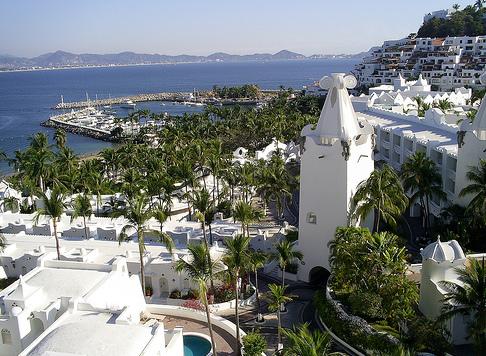 Las Hadas (“the fairies”) is the same place that was featured in the film “10” with Dudley Moore and Bo Derek.

On January 10th 1985, Carol and Ed Durston checked out late – and missed their evening flight back to Los Angeles. They came back to the resort but were informed that a room  at Las Hadas was no longer available because the place was now booked solid. 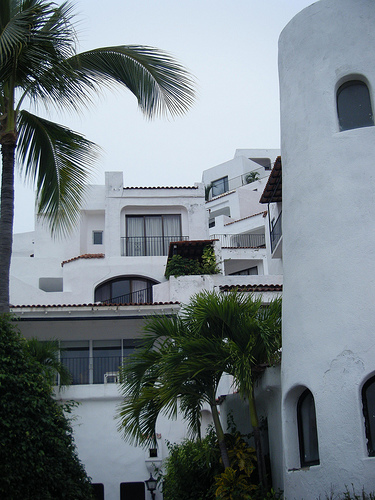 When they were pointed towards a neighboring (less upscale) property, Playa de Santiago, 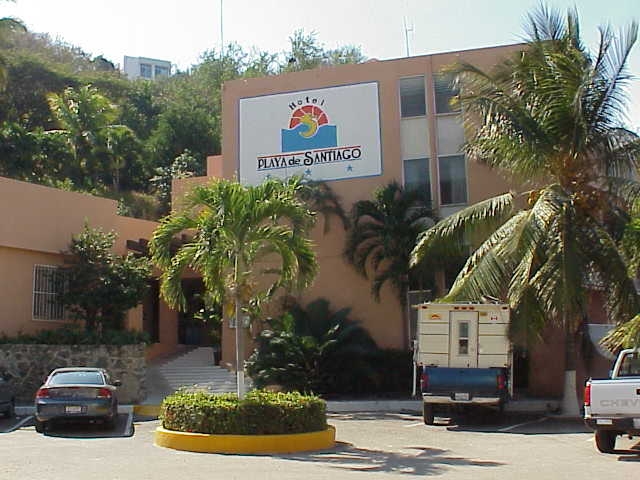 Carol reportedly pitched a fit and stormed off saying she would not stay in a dump like that. Carol did not return to the hotel that night.

The next morning, Durston apparently not concerned that his female companion had been out all night, checked them both out of the cheaper hotel and headed to Playa de Oro Airport with both their bags. He left her suitcase at the airport saying that Carol would probably show up at the last minute and catch a flight. She never did.

Three days after her disappearance, on January 13th 1985, Carol’s fully clothed and terribly bloated body was discovered in the shallow waters of Santiago Bay, 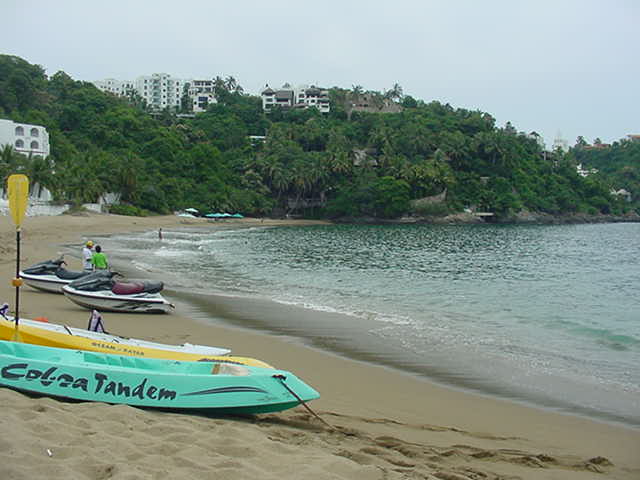 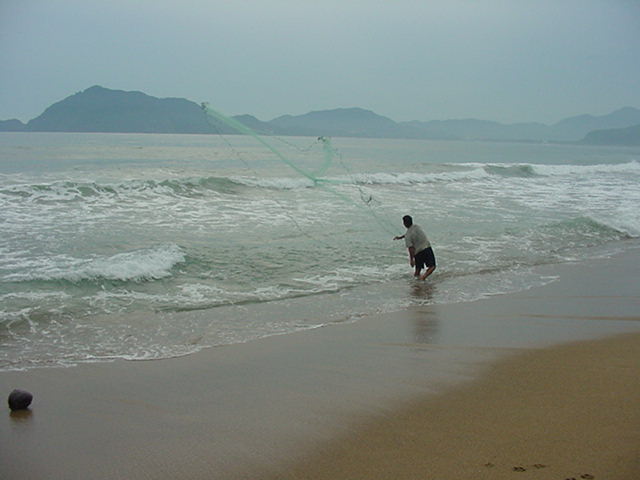 He covered her body with a hotel sheet to not frighten the children on the beach. The staff from Las Hadas identified her as their previous guest. Carol Wayne was pronounced dead – at 42. Her family (sister Nina, son Alex and his father Barry Feinstein) were notified. An investigation was initiated. Ed Durston – back at home in Los Angeles – was left alone.

Ironically, it was Edward Durston who was also with Diane Linkletter when she reportedly walked out of a West Hollywood apartment window, and fell six floors to her death.

The Manzanillo coroner stated that death occurred 3 – 4 days earlier and they claimed her body tested negative for drugs and alcohol. With no scratches or abrasions on her body, foul play was ruled out. She was quickly cremated and her ashes were shipped back to Los Angeles to her 13 year old son. Carol’s death was ruled an accident by Mexican authorities, with “slipping on rocks and falling into the bay” as the likeliest scenario of her death.

In 1990, U.S. Consular, William LaCoque, reported that he believed Carol Wayne’s “accidental drowning” had “much more to it than that.”

In 1999, E! Mysteries and Scandals decided to do an hour long episode about her mysterious demise.

Carol’s former personal assistant came forward and told E! producers that Carol was terrified of water – even baths (ie: Carol would not voluntarily go walking on rocks above a bay and risk falling in). Carol herself had even told Johnny Carson on her final Tonight Show guest appearance in 1984 that she could not swim.

Ed Durston’s ex-wife told E! producers (off the record) that her ex-husband was quite shaken when he returned to Los Angeles and wondered why Carol had not arrived back at the hotel or airport. The ex-Mrs. Durston reportedly made it clear that she honestly believed Ed would never have harmed Carol in any way.

Nina Wayne, now living in Palm Springs, chose not to appear on the E! show, and wanted to leave her sister’s death in the past. (Nina had retired and married/divorced John Drew Barrymore – Drew’s pop – and they had a daughter named Jessica). Nina did speak to the producer by phone several times and reportedly claimed that she had no say in the matter of her sister’s body. It was surmised that Barry Feinstein chose the cheapest and fastest way of bringing home Carol’s remains (i.e.: cremation).

What was reportedly discovered (and did not appear in the episode) was that Carol’s ex-husband had collected on a life insurance policy on his ex-wife. The Mexican official’s findings that Carol’s death was not drug/booze/murder related was all Feinstein needed to file a double indemnity claim. With a cocaine addicted / over-the-hill actress dead, and the insurance money collected (on her son’s behalf?), nobody asked another question about it until E! producers started calling Carol’s family and colleagues in 1999.

The details of Carol Wayne’s death remain a mystery.