The Blue Bird is a bizarre film.  It was released in 1940 starring Shirley Temple.  It’s sort of an It’s a Wonderful Life, meets The Wizard of Oz meets A Christmas Carol.  It was unsuccessful because Shurl played a beastly little child – and people didn’t like it.  She lied, she bullied, she stole… fabulous.  There are killer trees, fairies and a cat that tries to kill them (well, it’s not all fictional).  This film is apparently 20th Century Fox’s answer to MGM’s The Wizard of Oz complete with the black and white/color transition, and a large part of the plot being a dream sequence – and many many more similarities. 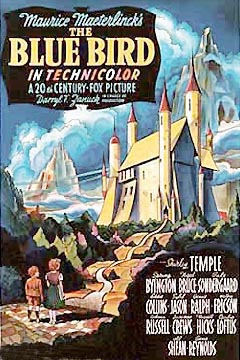 My Pal Mark Langlois flagged this story for us:

In Shirley Temple’s autobiography Child Star, she makes a passing mention about the “unfortunate” young actress who was “burned to death” during the shooting of The Bluebird.”  Upon further exploring, Mark came across a page dedicated to glamorous starlets.  You see, Caryll had a sister that grew up to be the actress Jana Lund.  This page had important details about poor Caryll.

I contacted my pal Joe Walker who then amazingly found an actual article that mentions Caryll.  The piece actually focused on Halloween rambunctious ness of various LA communities including 200 Beverly Hills boys and girls that had a mad tomato and watermelon throwing spree.  Various effigies were burned around town, and the soap business went up from the little dickens soaping windows.  Those were the days, eh?  Now they’re dodging bullets.  Especially in Caryll’s neighborhood.

A very tiny mention at the article Joe found, “Emergency hospitals were kept busy with calls from mothers whose overzealous pixies got fingers burned from jack o’ lanterns.  Most serious was the case of Carol Ann Ekeland, 4, treated at Georgia Street Receiving Hospital for first and second-degree burns received when her costume caught fire from her lantern in front of her home.”

This is the home where it happened. 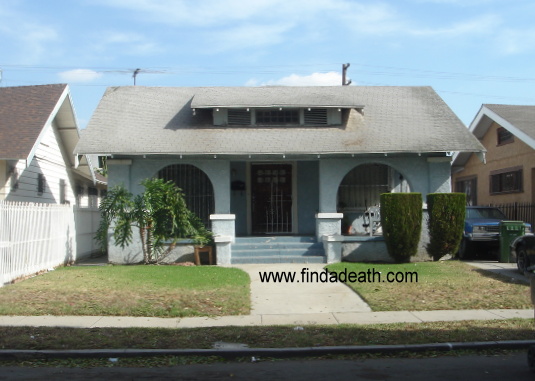 She died on November 3, 1939 at the now gone Georgia Street Receiving Hospital.

Caryll was buried at Forest Lawn Glendale.  Her little casket was carried up a very steep hill by her five older brothers.  A graveside quartet sang Caryll’s favorite song, Somewhere Over the Rainbow.  Her burial shroud is the toga she wore in The Blue Bird. 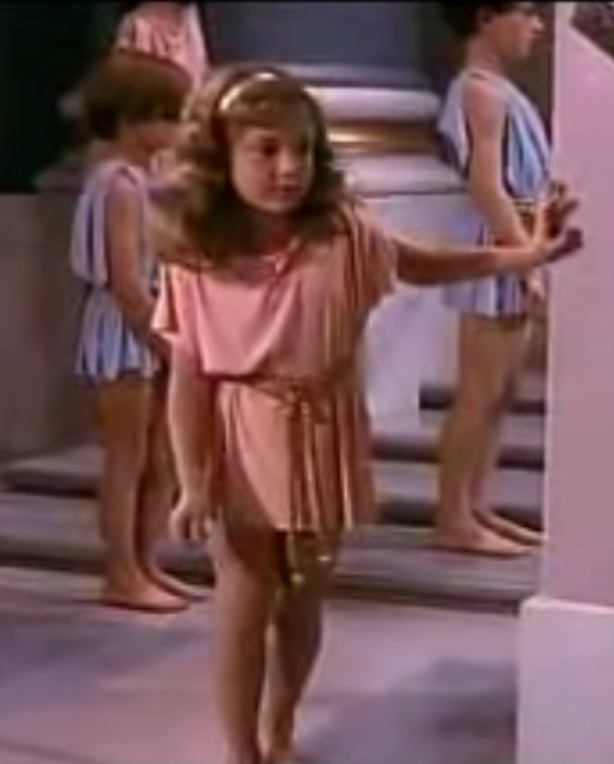 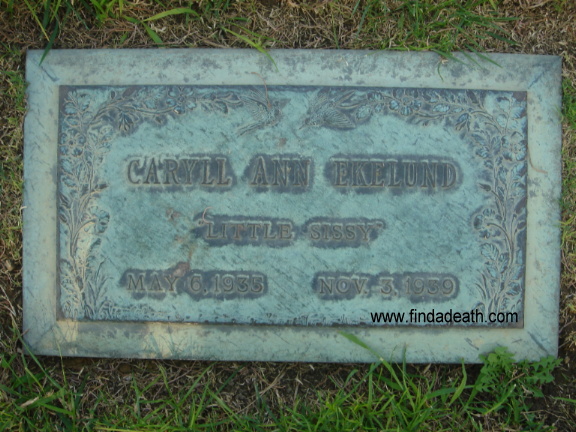 Mark adds, “The tragedy happened 25 years before those Ben Cooper “flame retardant”plastic costumes were all the rage in America.”