I know there are drag queens in this town!
You have to believe that you are the character or the thing or whatever the hell you’re playing.
More power to the people who get to choose their roles. I don’t.
Boxing’s not a career for anyone: it doesn’t last long enough to be a career.
When I act, I don’t even know there’s a camera there, don’t care.
Show More Quotes
Show less

Chris’ film, The Darwin Awards, premiered the week of his death.  The film is about people that die in spectacularly stupid ways.

He started as the good looking younger brother of Sean Penn, in the film Footloose.  He ended weighing a hefty hefty hefty 310 pounds.  He was tall – 6 foot 4 – and some guys that big can carry the weight, but not Chris. 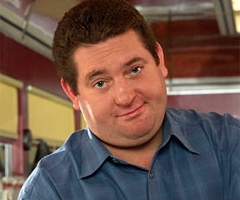 Chris lived in a condo on the ocean in Santa Monica. 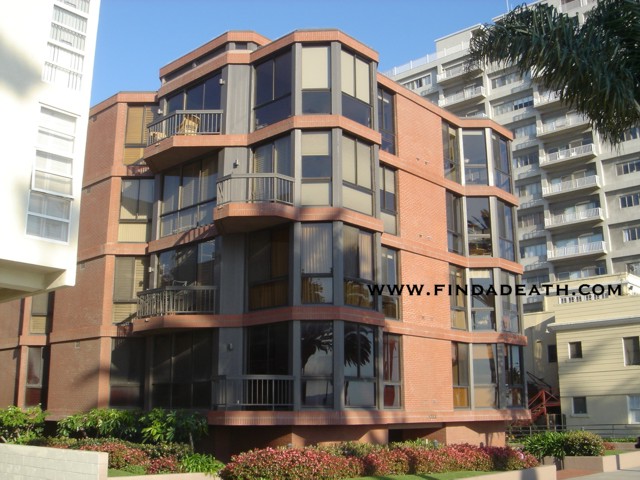 He would park his car down here, 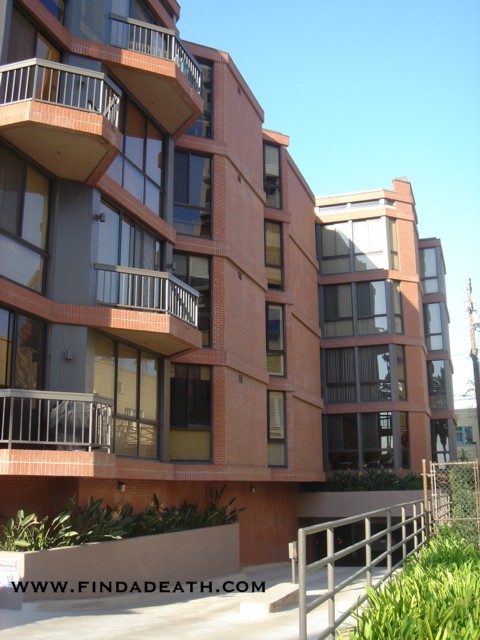 and guests would enter from the front. 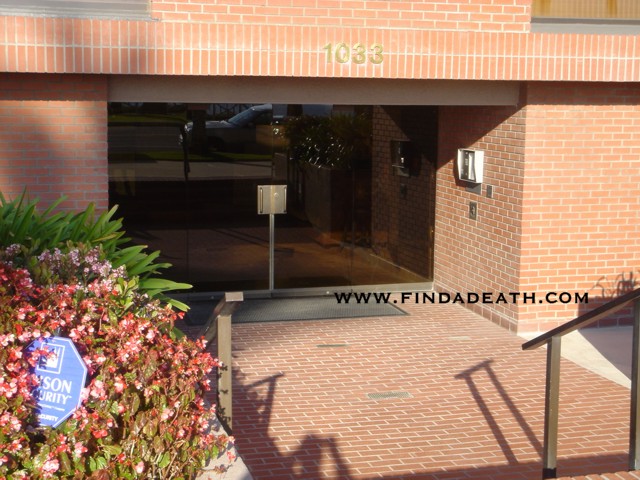 You would ring apartment number 104. 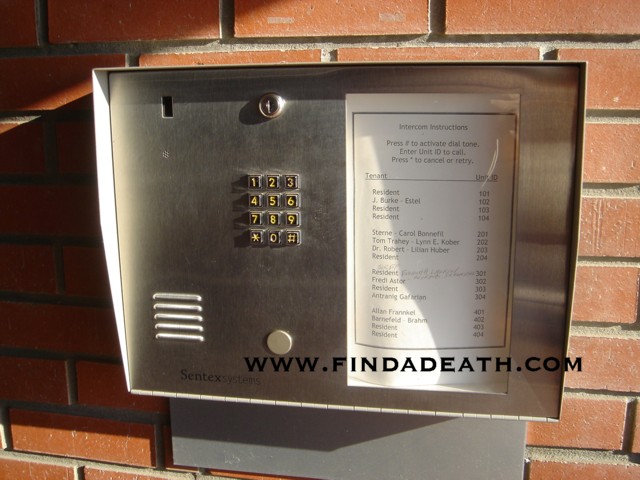 He had a problem with substance abuse for years.  Some neighbors complained that Chris would show up home drunk, staggering through the halls, and try to pick a fight.

A close friend is quoted in Britain’s News of the World as saying, “He ordered the biggest steak and washed it down with pint after pint of beer and his other favorite drink, chocolate milkshake.”

“Usually he’d think nothing of ordering five steaks, a couple of portions of fish and chips, followed by pints of chocolate milkshake and shots of 130 proof whisky.”

“Chris lived on the edge and didn’t give a damn about the health risks. If it wasn’t food or drink he was having to excess, it was cocaine.”

On the 24th of January, Chris’ housekeeper came to tidy up his messy apartment.  Papers, clothes and other personal items were strewn about the room.  A portable heater was near the bed, and on.  A small plastic container on the desk contained what appeared to be a small amount of dark colored sputum.  A metal bucket on the floor near the bed contained sputum and vomit along with an empty juice container (health health health).  Inside the bathroom another heater was on, prescription drugs on the sink along with a bag of pot, and there was dried puke in the sink.  Lovely.

In addition to the glory of that, Chris also had a couple of guns laying around, as you do.  A revolver on the nightstand, a semiautomatic handgun is under his pillow, and a nylon bag with ammo at the foot of the bed.  Ah…  now I can sleep.

She entered with her own key, walked into the bedroom and saw Penn in bed, naked, with a comforter covering his lower half. 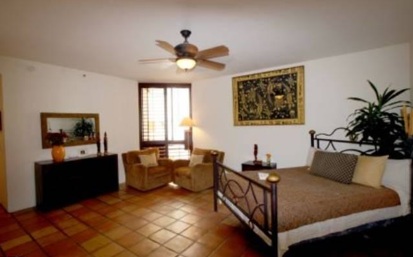 She tried waking him – freaked when he didn’t wake up – and ran to a neighbor’s place to find help   Neighbor checked and called 911 at 4:05 p.m.  Amazingly, Chris was pronounced dead at 4:10 p.m.  Santa Monica has a quick response.  He was last seen alive 3 days prior.  He’d been dead long enough for the ants to reach his eyes and nose. 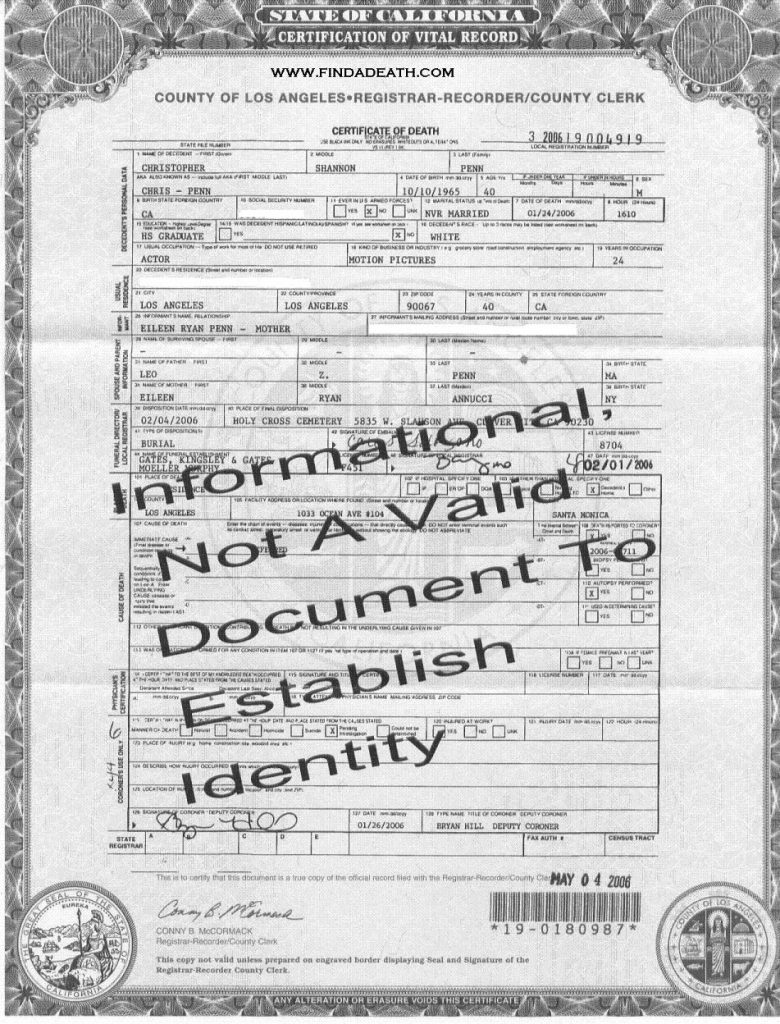 Martin Sheen, a close family friend, accompanied Chris’ mother to Chris’ apartment to have a look see, and no doubt try to get some type of closure.

Officially the cause of death was a “nonspecific cardiomyopathy with the contributory factor of effects of multiple medication intake.”  Accidental.  Natural causes. As natural in that way a decade of alcohol, drug and food abuse can be.

In his body were Diazepam, Codeine, Morphine, Ephedrine, Ethanol, Cocaine, Marijuana and methamphetamine.

His funeral was held on Saturday, February 4, 2006, at Holy Cross Catholic Cemetery in Culver City. 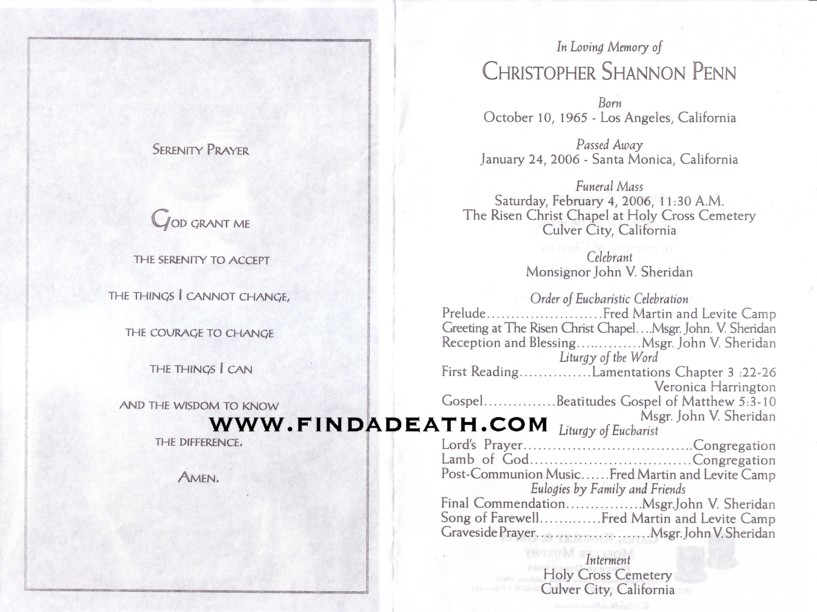 He is buried next to his father who predirectory him in 1998.  During the funeral, Sean read a eulogy, “I had a little brother. And for any brother who goes over to the other side with our father, into the cosmos, I will follow if they let me.”

A photographer was busted and beaten up by actor Mark Ruffalo for trying to get photographs of the funeral.  Ruffalo snatched the memory card from the camera.

The family asked that donations be made to doctorswithoutborders.com

Thanks to my new friend Craig for the autopsy, and my old buddy Jim for the memorial sheet.  Chris Penn’s autopsy report is available here.

In 2011 the condo was put up for sale.  Thank you Ashley Arnold for bringing this to our attention. 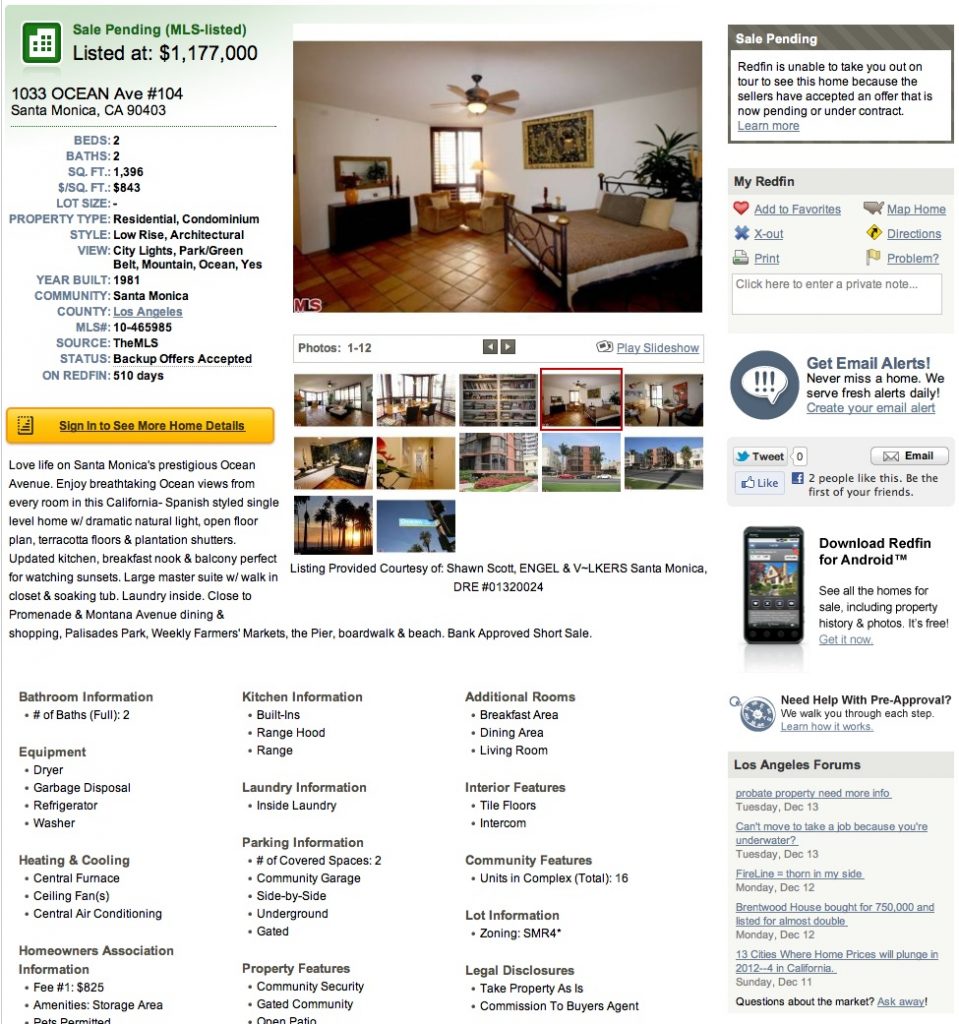 Don’t you hate it when people sign their autographs completely illegibly? 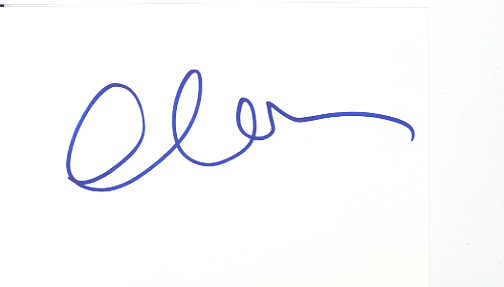 Wanna see his mailbox?  ‘Course you do. 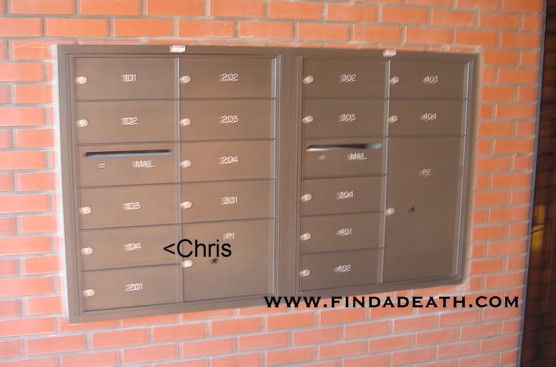