The more I see of men, the more I like dogs.
Being a sex symbol is a heavy load to carry, especially when one is tired, hurt and bewildered.
Even now I can’t trust life. It did too many awful things to me as a kid.
Show More Quotes
Show less

Clara had a shitty childhood, ridiculously abusive parents, i.e. her mom tried to kill her several times, and was eventually institutionalized. Sometimes things like that come back. You can read all about her here.

She was a big hit in silent pictures, but when the talkies happened, people heard what she really sounded like (thick, uneducated, Brooklyn accent), and well, that pretty much finished her career. In the 50’s, long after her career had ended, Clara used to watch her old films in the Silent Movie Theater on Fairfax. 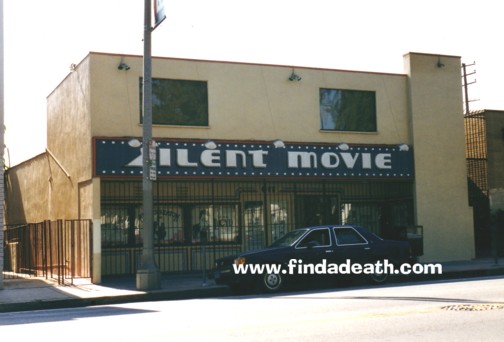 Big murder story there, do a search. It’s interesting.

She was married to cowboy actor and Lieutenant Governor of Nevada, Rex Bell, who preceded her in death, in July of 1962. She made her first public appearance in 15 years, to attend his funeral.  Clara moved back to California after that, and lived out her last days in a modest Culver City home. 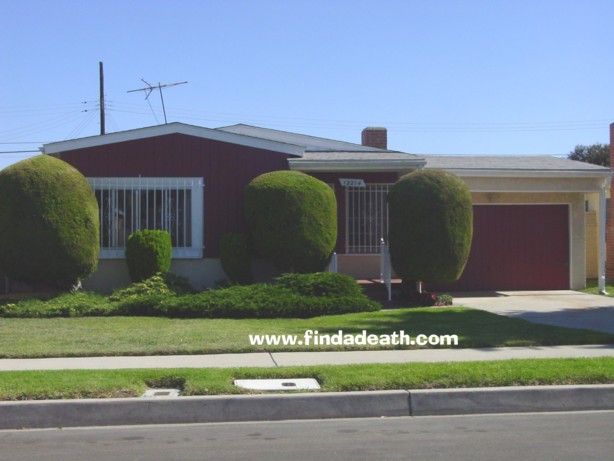 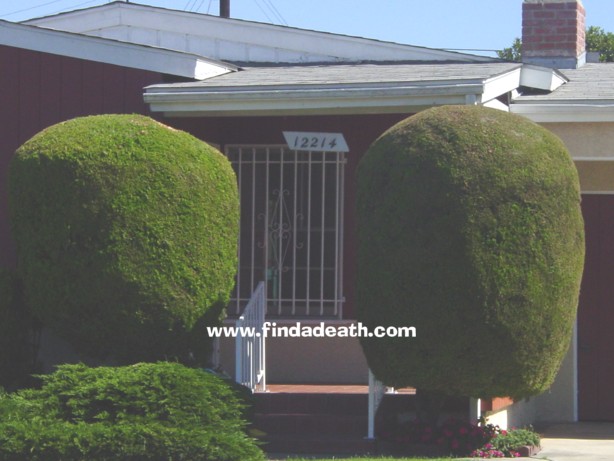 Apparently she had been ill for many years, and was being treated in a rest home for insomnia. In 1965 she was watching an old Gary Cooper (one of her MANY exs and reportedly hugely endowed) film on television late in the night of September 27, 1965, when her heart stopped beating. 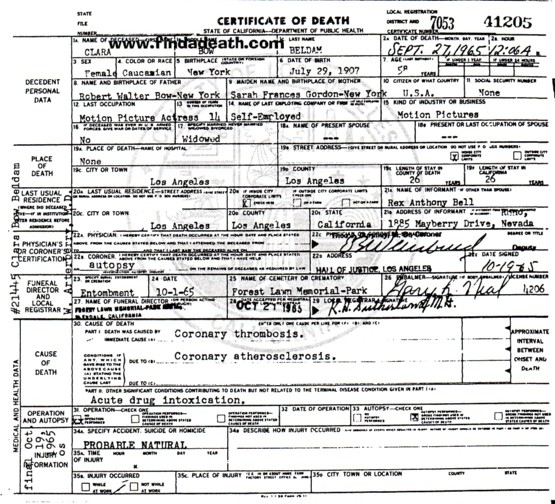 Clara is buried with her husband, in the Freedom Mausoleum of Forest Lawn, Glendale.  For her funeral, she supposedly left instructions for her to be made up as she appeared in her favorite film, Call Her Savage. 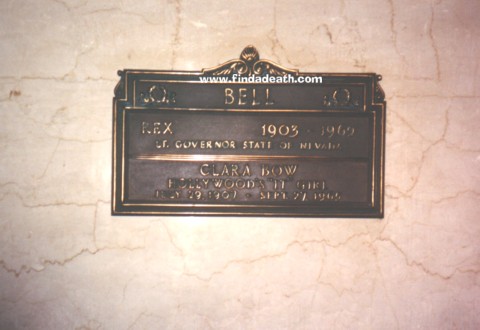 Clara left pretty much everything to her two sons. Her possessions at the time of her death included 6 cans of motion picture film, loads of jewelry, and a few gold coins.

Trivia: One of her many conquests once said that Clara had kissed him so passionately, that his lips bled for days.

I need to thank my late buddy Denis Svoboda for the help with this story. Rest in peace, my friend.

Thanks Marty and Dennis who sent that link to an urban myth page, disproving several rumors about Clara’s sex life, and reputation.

One of the things that contributed greatly to her supposed reputation as a slut in Hollywood was the fact that she was the star of the movie “The It Girl”.

Because of this and the unfair views of her that it brought, she had problems with depression and some drinking.
Jim K.

My buddy Gary Sweeney sends this:

Clara suffered a few nervous breakdowns during her career, some the result of how Paramount treated her. They cashed in on her big time when her films were selling out theaters. She became the most important star at the studio, so much so that they scheduled films for her in advance by “season”, giving them working titles like “Summer Bow”, “Fall Bow”, “Winter Bow”, etc… When talkies began, Clara was terrified of speaking on camera and, in one incident, actually started to pummel one of the mikes physically until someone on the set yelled for it to be hoisted out of her reach. She still made good box office though. However, she couldn’t manage her money very well and had a personal assistant named Daisy DeVoe who handled financial matters for her. When Rex Bell came into the picture, Daisy hated him and swore up and down that he had ulterior motives for being with Clara. Clara stuck by Rex instead of her long-time friend Daisy. A huge trial involving Daisy and Clara eventually came about, largely centering on finances, which resulted in yet another breakdown for Clara. Paramount, realizing that she wasn’t the cash cow she used to be, turned their back on her. Rex moved her out of Hollywood and into a modest shack in the middle of the desert, where she gained weight and seemed genuinely happy, but did eventually return to Hollywood. I highly recommend David Stenn’s biography, titled Clara Bow: Runnin’ Wild, for a really in-depth look at Clara’s life and career.

I hope this info is helpful!