Little Clara Peller was born in Russia and came to the USA at the age of 5 with an uncle.  She grew up in Chicago and lived most of her life as an average human being.  She got married at age 20 and gave birth to two children, a son Leslie and a daughter Marlene.  She later divorced.

Clara supported herself as a manicurist for 35 years and was living in the Belmont Hotel on the North side of Chicago. 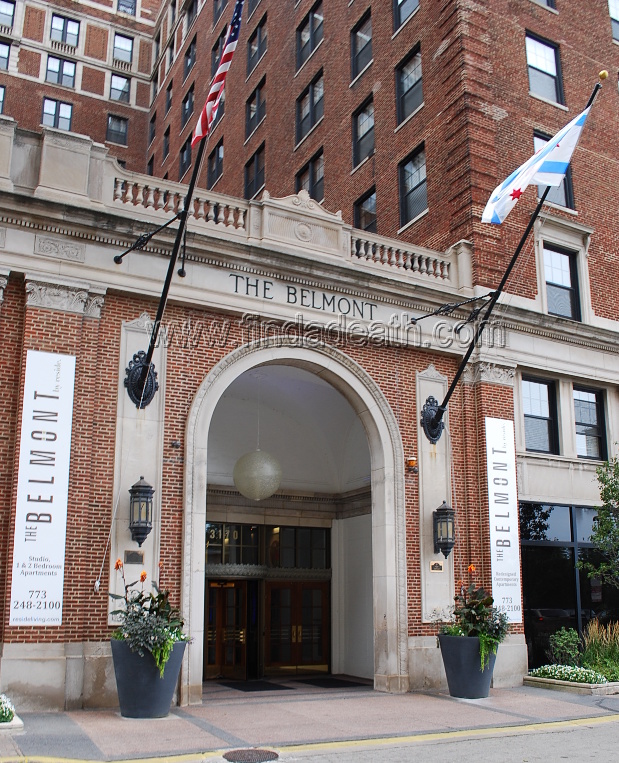 She was magically in the right place at the right time.  In the early 1980s there was a commercial being filmed nearby, and they needed a manicurist’s hands.  Someone scrambled to a nearby shop and spotted Clara doing her Madge routine.  They brought her to the set and introduced her to the director, Joe Sedelmaier.  “She looked up at me with that great smile, that look in her eye, and that unbelievable voice saying, “How ya’ doin’, Honey?”  I used her whenever I could after that.

Fact: The original line was supposed to be, “Where is all the beef?”  Clara had a breathing problem, so they shortened it.  Also, Clara was hard of hearing.  They put a technician behind her to tug her dress when it was time to deliver her beefy lines.

The commercial was an instant hit and Clara became a cult celebrity, long before Youtube churned out thousands a day, and on real TV too!

Inevitably someone was desperate to get their panties in a twist about anything. Senior citizens groups decided to grab the reigns that day, and try to poo on everyone’s parade by claiming the ad was mocking older folks.  WTFEver.  Honest to God this pc crap is ridiculous.  People obviously didn’t care, according to some reports, Wendy’s profits rose 31%.  Clara herself had a single fingered response, “I like the checks.”

Then Clara made an oops.  According to some, Clara assumed that since her contract with Wendy’s stipulated that she couldn’t do an ad for a competing company, she would be okay with doing one for Prego spaghetti sauce.   The line Clara uttered was,”I found it!”  Wendy’s was pissed.  The line was a direct response to the Wendy’s commercials, but it wasn’t for a Wendy’s product.  Everyone knows that Dave packs the meat, not some stupid spaghetti sauce.  It was beef curtains for Clara. Wendy’s dumped her.

“I’ve made them millions, and they don’t care about me.”

On August 11, 1987, Clara died of congestive heart failure in her daughter’s apartment in Hyde Park. 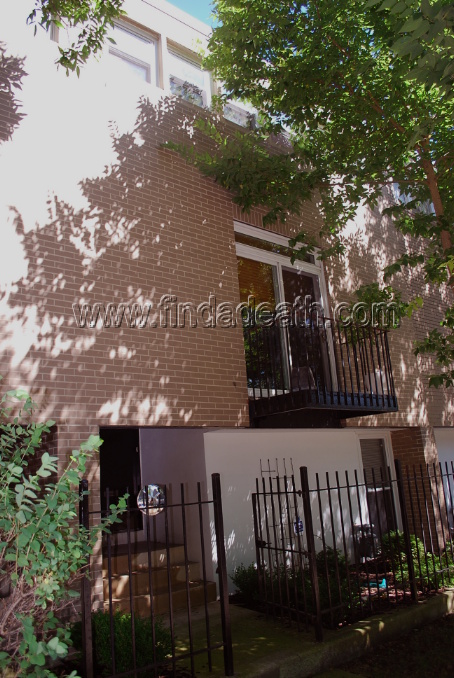 No doubt, little Clara was removed from the apartment from this doorway. 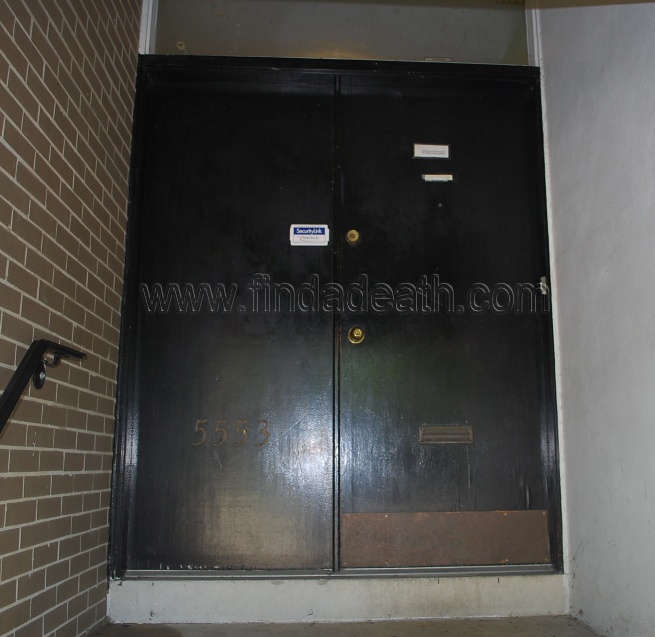 passing by this mailbox. 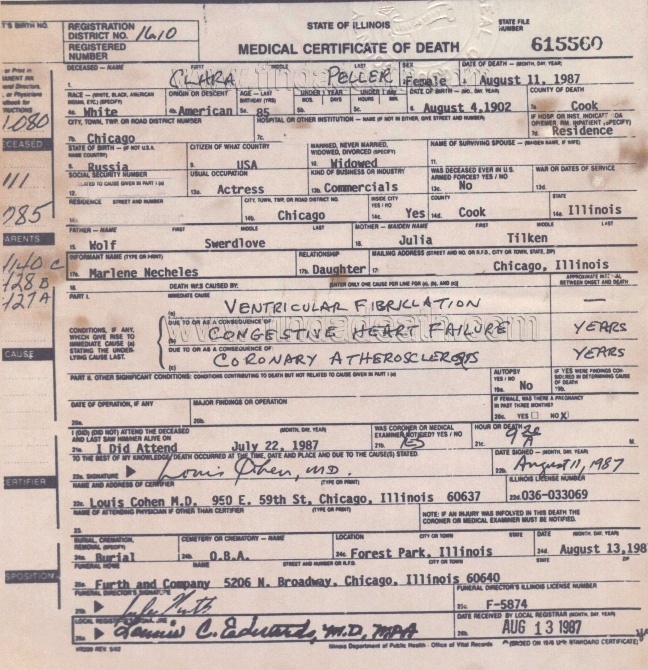 Clara’s funeral was held on August 13 at the K.A.M. Isaiah Israel Congregational Temple.

She is buried in Waldheim Cemetery in Forest Park, IL. 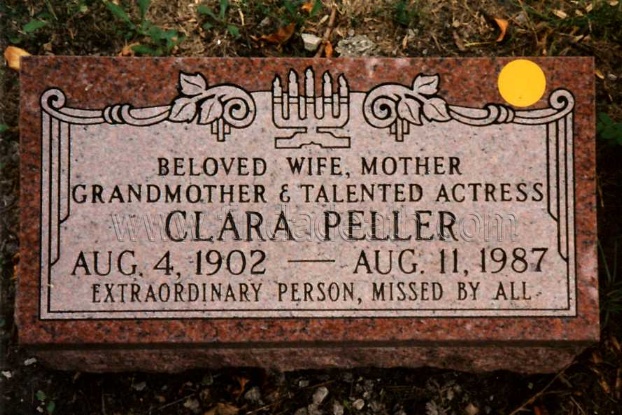 I remember going to a screening of Henry – Portrait of a Serial Killer. An old pal of mine played the hooker that got her neck snapped in the car.  At the screening I sat in front of woman that played the model in that other Wendy’s commercial – the Soviet fashion show.  She was nice, and I was so nervous.  I thought she was practically royalty.  A real tv star.

Former Vice-President Walter Mondale used the line against rival Senator Gary Hart in his bid for the Democratic nomination in the 1984 presidential campaign.  Don’t they ruin everything?