This story was completely put together by Findadeath.com friend Gary Thelen. Thanks for educating me Gary. I would never have known about Claude if it weren’t for you. Well done.

The French singer who did the most to popularize rock and roll music in France was Claude Francois. His career can be compared to that of Elvis Presley in America. His accidental death in 1978 sent shock waves through the Gallic music world and even inspired a number of female fans to attempt suicide in order to join him in the next world. Two of them succeeded.

Claude François, affectionately known as “Clo-Clo” to his fans, was born in Ismailia, Egypt, on February 1, 1939. His father worked on the Suez Canal. He showed an interest in playing the drums while growing up in the Near East but his parents made him take violin lessons. When Egypt nationalized the Suez Canal in 1956, the family returned to France and settled on the Riviera. He finished the French high school, or “lycee” and earned his college admission or “Baccalaureat.” Rather than go to college, he found a job in a bank and began playing the drums in various musical groups. That lead to singing with groups and a recording contract. His first major musical success was the song “Belles, Belles, Belles” which reached number one on the French charts in October of 1962. It sold 1.7 million copies. This launched his career in singing and recording. HE eventually founded his own recording label called, “Fleche” (Arrow) records.

For the next 15 years, Claude was one of the most popular recording artists in France. In 1976 he decided to attempt a repeat of his success in the UK and America. He recorded an English language album, and did a musical special for the BBC. He died shortly after this successful debut, and just prior to him reaching the US shores.

On March 11, 1978, Claude was at his Paris apartment at #46 Boulevard Exelmans, with an American girlfriend named Kathleen, and a French secretary. 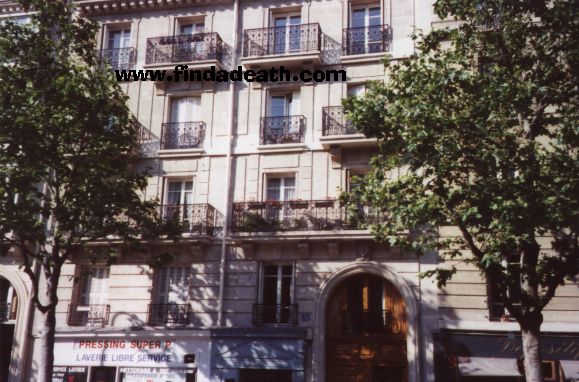 In the afternoon he took a shower in preparation for a trip to the recording studio. After finishing his shower, he noticed that the light bulb in the socket hanging over the shower was burned out. With his feet in the water, he reached up to change it, and was instantly electrocuted. Efforts to revive him failed. He was pronounced dead at 3:30 p.m.

The funeral took place in the church at Auteuil, near Paris, on March 15. 400 people filled the church, with many more standing outside. He was buried in the cemetery of the village of Dannemois, also very near Paris in “Essone” department (91). Claude purchased an old mill there in 1964, and remodeled it. He first came to the area while visiting Brigitte Bardot, who lived nearby. Today the estate is a hotel, discotheque, showroom and museum. 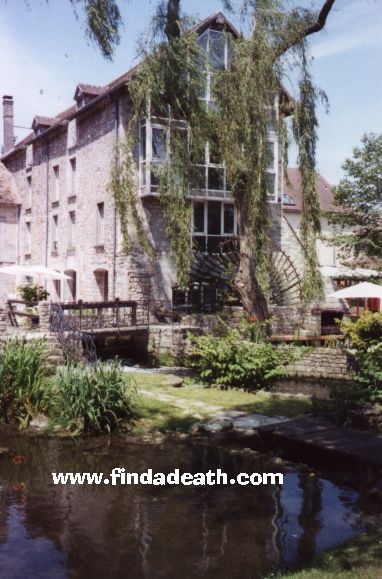 When his mother Chouffa died, she was buried next to Claude. 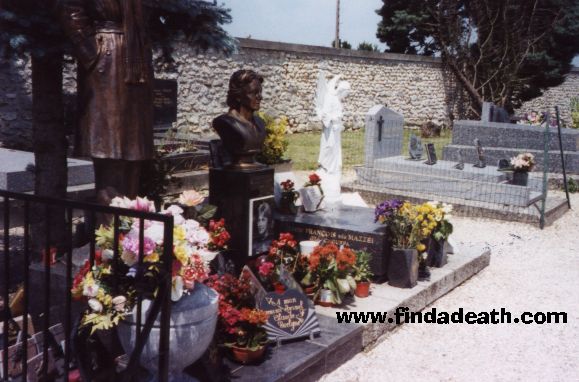 Twenty years after the death of Claude Francois, the city fathers of Paris decided to honor him by naming a small public square on the Boulevard Exelmans after Claude. It’s very close to the apartment where he died. The signs were erected, and the formal dedication of the Place Claude Francois took place on March 11, 2000. 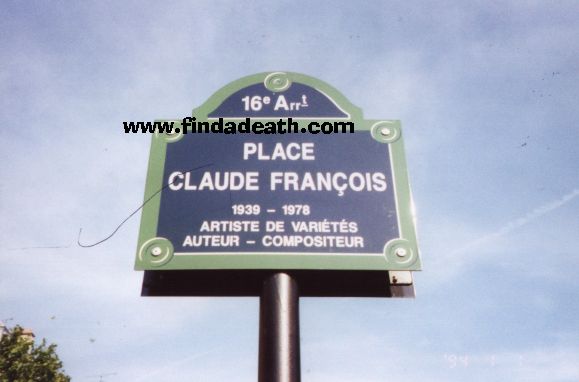