I think maybe ten years from now, I’m hopefully going to be, in like, Tahiti or something. Kicking back like in my huge mansion, if everything goes right, it’s all up to me.
I feel like, with myself, I ruined myself to the point where I wasn’t functional enough to work for anybody, even myself. I wasn’t working.
I started on the downers which were a hell of a lot better than the uppers because I was a nervous wreck.
You are what you wear. I wear something different everyday.
But one led to two, two led to four, four led to eight, until at the end it was about 85 a day – the doctors could not believe I was taking that much. And that was just the valium – I’m not talking about the other pills I went through.
Stuff happens when you are a kid; it scars you inside for life.
My opinion is just be very careful when you’re young and making the money.
I want people to learn from me, see I’m human, and understand that I make mistakes just like they do, but it doesn’t have to consume you. You’ve got to walk through the raindrops, and that’s totally what I am trying to do.
Um, you know, they have every right to feel the way they do and things are great with me, as you see, I’m very, good shape now and on the ball. Things are happening.
I think I have an addiction to pretty much everything. I mean, I have to be very careful with myself as far as that goes, which is why I have a support group around me consistently.
Show More Quotes
Show less

Canadian born Corey was at the top of his game in The Lost Boys.  If you do an image search, you’ll see the many faces of Haim – from the cute little kid below, to the well…  We all go through changes in our appearance, but with child stars, it’s riveting. 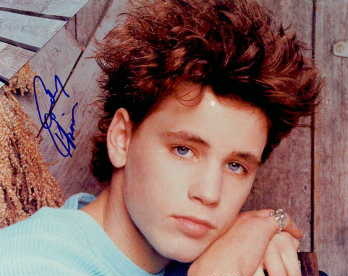 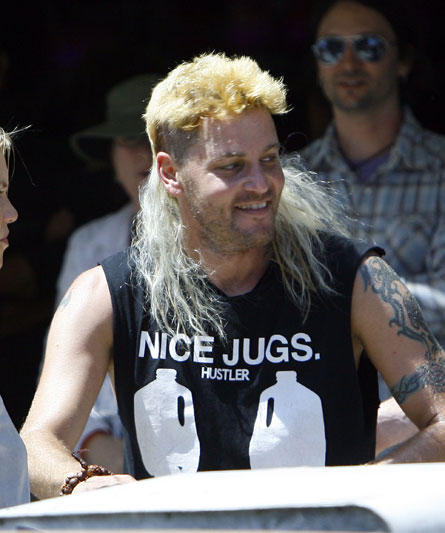 Haim habitually used pot, coke and crack cocaine. Shortly before his death he was approached to participate in the television show Celebrity Rehab.  Haim was insulted.

Um… not quite.  The last project he was involved with was called The Dead Sea – an underwater zombie movie.  In his contract he demanded that the set be “clean” – as in drug and alcohol free.

Corey Haim claimed to have been molested when he was 14.  This understandably altered his thought process and attitude towards a lot of things.  Sex can be enticing, but most kids that age aren’t emotionally equipped to deal with it.  It throws a wrench in your life, and Haim had a whole set of wrenches.  Corey Feldman said, “”I can tell you that the number one problem in Hollywood was, and is, and always will be pedophilia. That’s the biggest problem for children in this industry… it’s all done under the radar. It’s the big secret. There are so many people in this industry who have gotten away with it for so long that they feel they’re above the law. And that’s got to change, that’s got to stop.”

During Haim’s well documented downfall, he needed money.  He would call Hollywood memorabilia dealers and ask if there was any interest in “Haim” items, and once even resorted to selling his hair and teeth on Ebay.  Yes.  So… ultimately… Corey Haim’s body parts contributed to Meg Whitman’s failed campaign for Governor of California. 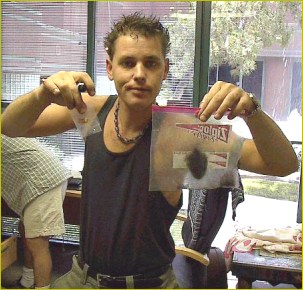 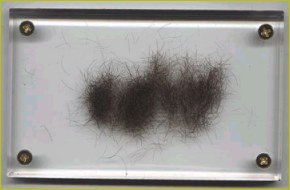 Corey and his mother Judy were renting a 2 bedroom unit (#R204) at the Oakwood Apartments Corporate usually, month to month rent. 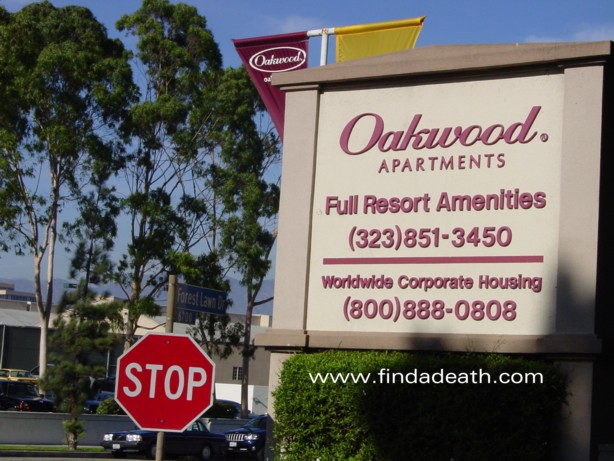 The Oakwood is already on our radar because Rick James died here on August 6, 2004 of cardiac failure. Natural causes. Natural in that way that decades of abusing drugs can cause a natural heart attack.  Rick James’ blood was festooooooooned with drugs, bitch. 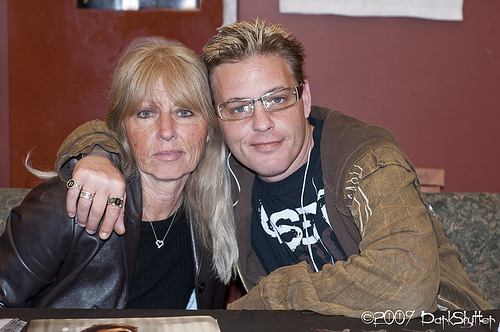 Aside from the constant battle with substance abuse, Corey had been diagnosed with a heart murmur. The day before his death, he was in bed all day with a fever and a cough.  Mom gave Corey some tea and vegetable soup.  Haim was taking Robituson and Advil every 4 hours, and she gave him Tylenol for his fever.  Late in the evening, Corey asked her to lay with him because he wasn’t feeling well.  She held his hand and fell asleep.  How beautiful and fortunate for Corey.  He got to spend his last hours in his loving mother’s arms.  We should all be so fortunate.

When I was wandering around the complex, I spotted the Haim balcony from the outside of Building R. 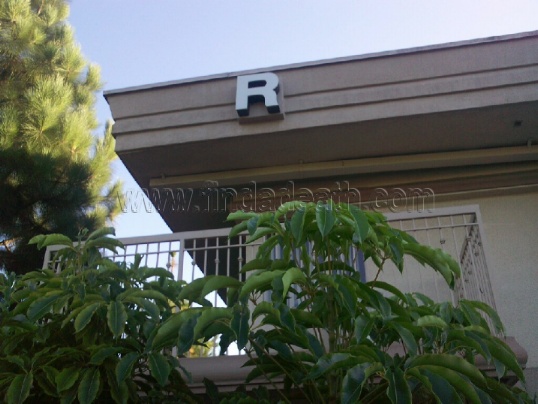 I imagined how many cigarettes had been stubbed out there, and half expected to see a coffee can spilling over with butts. 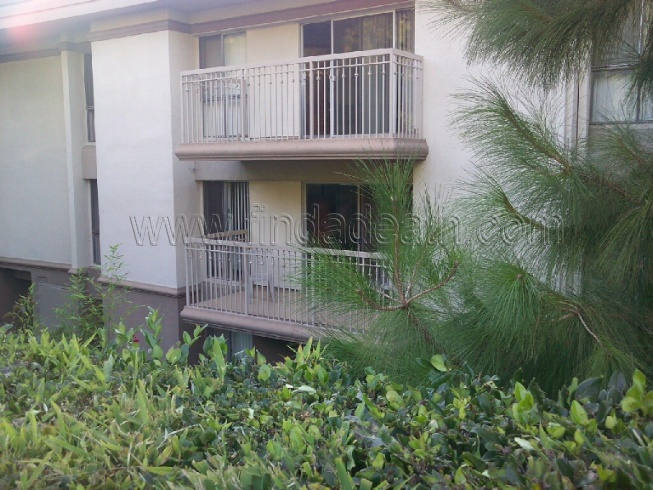 Shortly before 1:00 a.m. on March 10 (Not 11 – thanks Death Hags!  I goofed!), Corey woke up to use the toilet.  Upon his return to the room he fell to his knees.  Mom asked him what was wrong, and Corey didn’t respond. She got him back into bed, and his eyes rolled back and his body began shaking. She made this horrible  911 call and was advised to perform CPR.

Paramedics arrived and worked on Haim for about 20 minutes.  Corey was taken out this door and down the hallway by paramedics 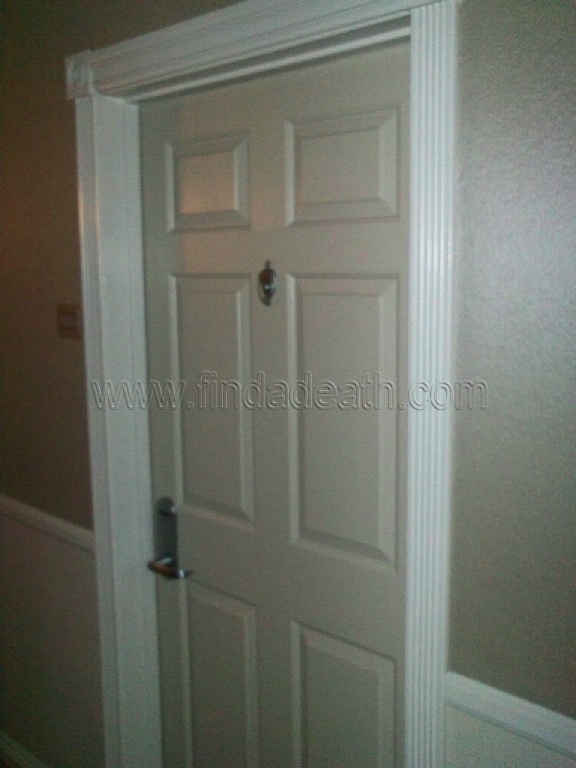 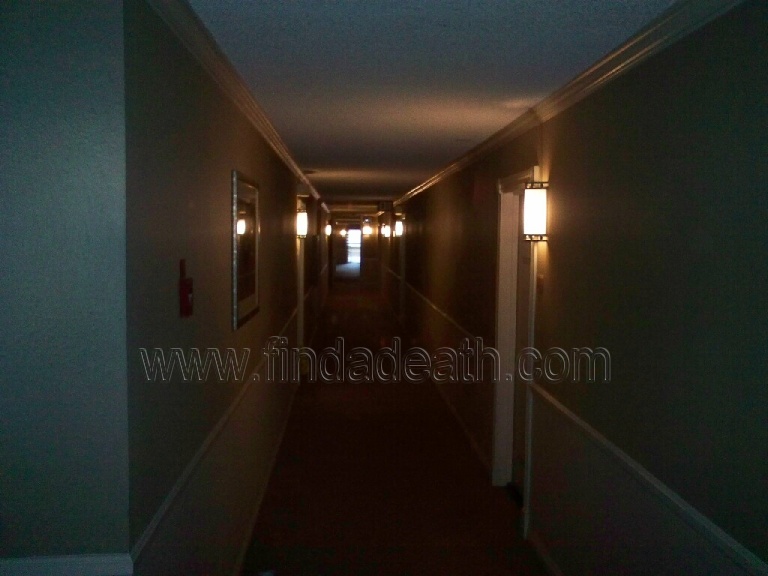 and taken to St. Josephs Hospital. 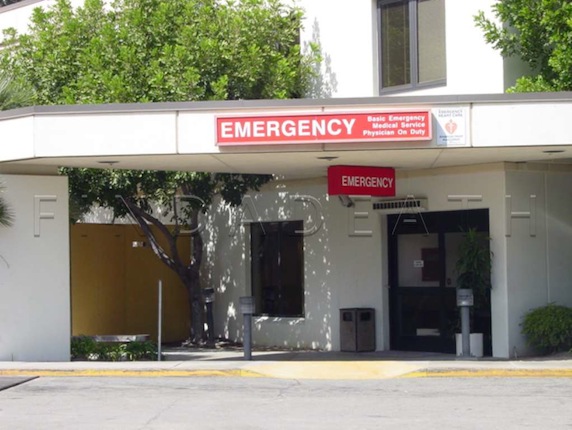 He still had a heartbeat upon arrival.

Corey’s heart stopped a couple of times and he was brought back, but at 2:15a.m. he was pronounced dead.  He was 38 years old.

Mother Judy went home.  There were skads of prescription bottles in the drawer next to Corey’s bed. She emptied all the bottles into the toilet because she didn’t want them falling into the wrong hands. She didn’t know that there would be a police investigation.

Meanwhile, Haim’s body was checked in at the County Coroner office at 6:05 a.m.

Corey got the celebrity VIP treatment at the Coroner, spending his first dead night in this caged cooler. 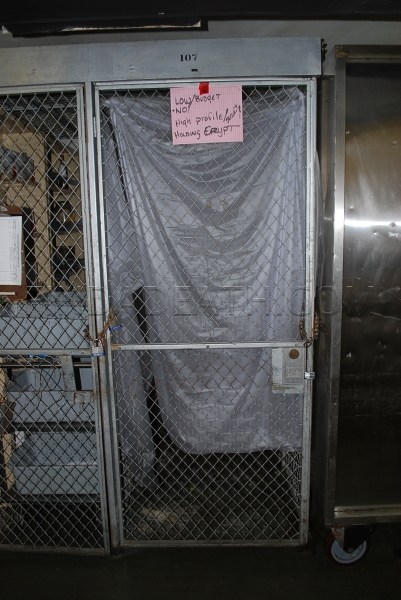 After the autopsy, Haim’s remains were picked up by the Chevra Kadisha Mortuary in West Hollywood, and his body was shipped back to Toronto where he was handled by Steeles Memorial Chapel.

Instead of a large public memorial service, about 30 of Corey’s friends gathered in a restaurant in Marina del Rey.  Guests included Corey Feldman, Todd Bridges, Nicole Eggert, Robyin Lively and former Playmate Julie McCullough.  It was described as a “reunion” with lots of picture taking, talking and sharing.

On that day,  the other Corey (Feldman)  had the same number 2 2 2 tattooed on himself in a tribute Haim. He wouldn’t divulge what it symbolized.  I know that when I lived in Detroit, we used to drive over the border to Canada to buy 222s – pain relief codeine tablets.  Fabulous.  “Nobody will understand the magic” of the number,” said Feldman.  Just a theory. 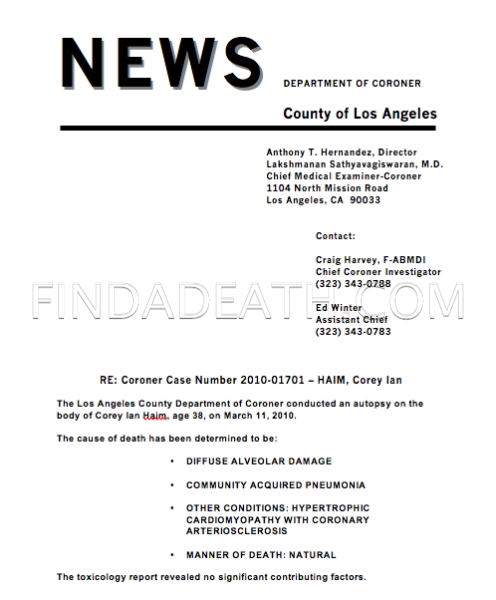 So despite the fact that Corey may have been ingesting up to 600 prescription pills a week, had decades of substance abuse issues, had low levels of at least 8 drugs, prescription and over-the-counter, as well as pot in his system…

he died of natural causes.

Must be something in the walls at the Oakwood Apartments.

Corey Haim died broke.  Zippo.  His mother accepted donations for his funeral/burial, in Canada. A company called Startifacts  (Haim used to market his memorabilia through them) coughed up 20 grand. There is a report that the funeral home already paid the bill and the money was used to pay his mom’s (breast cancer) medical bills, so Startifacts put a stop payment on the check.  Honestly, this woman just can’t get a break. 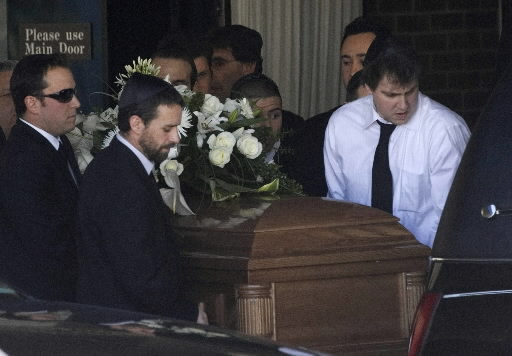 Corey is in a hole at Pardes Shalom Cemetery.  Caryn and Paul sends this picture of the grave shortly after burial. 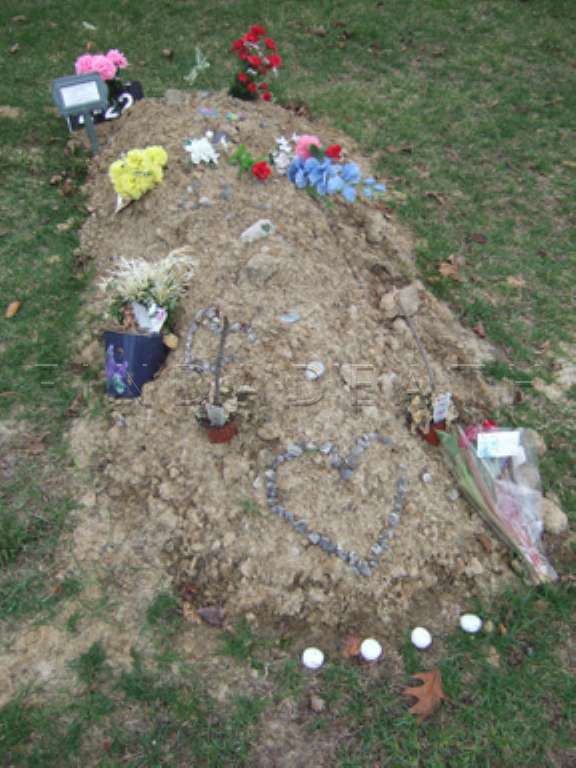 There is now a proper stone marking his grave.

Up to 20 doctors were subpoenaed in connection with prescribing Haim drugs.

Thank you, Craig and the Find a Death Forum contributors to the Corey Haim thread.