Updated:  My pal Penniferous had a religious experience recently. The Divine Miss Dolly graced the Reba show, and Penny had the honor of spending a glorious week with Ms. D. Penny knew it was going to be fun, when they rolled in Dolly’s trailer – a week ahead of her arrival, and then got an audience with the great one herself. No one had a better job than Penny that week. 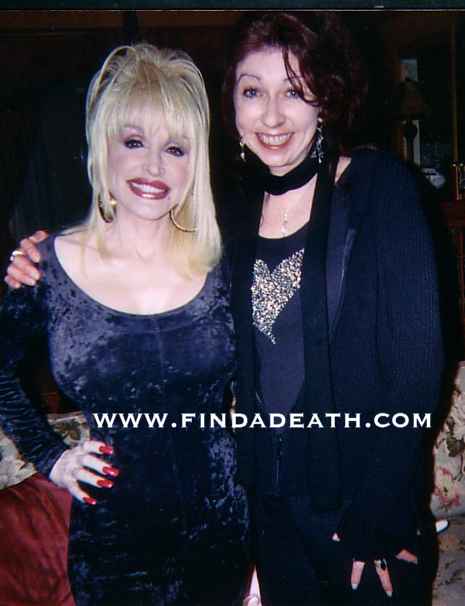 Living in Hollywood is a blast. Just going out on your normal errands, you can run into somebody like Jenna Elfman at Rite Aid, or asshole David Spade at the gas station. Our options to do something whimsical are plentiful. One of my buddies from the Spoon, Penny, works for Reba McIntire on her show, Reba. I asked Penny if I could come to a taping, and she invited me to lunch beforehand. We ate in the commissary with the cast and crew, which was way fun. I talked for a while with Melissa Peterman, who is a hoot. This is Penny and Reba.

In fact, Penny showed Reba this website, and the picture of Reba’s mailbox, to which Reba replied that “It makes me homesick!” 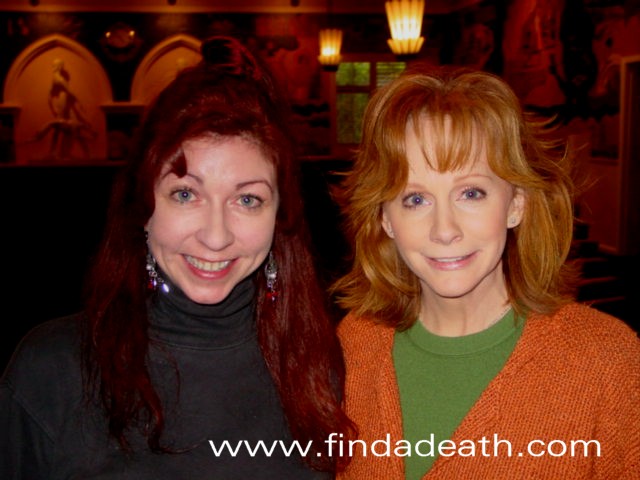 And this is my fat ass with Reba. 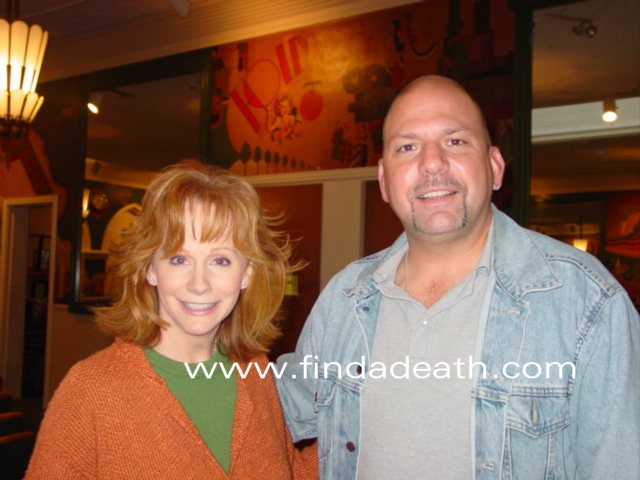 And as Penny toured me around the studio, I was delighted to spot Reba’s chair, 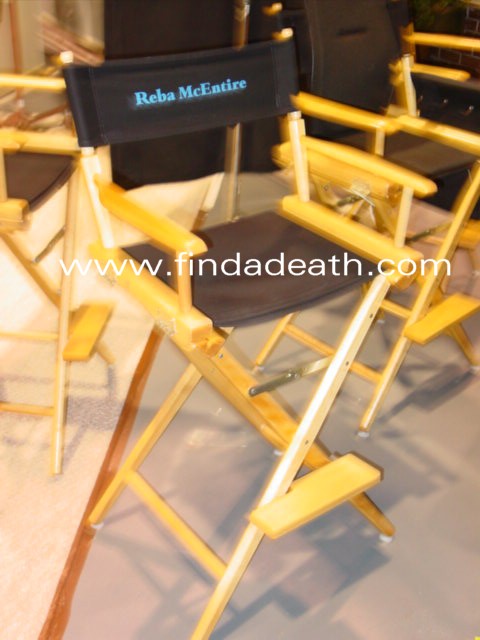 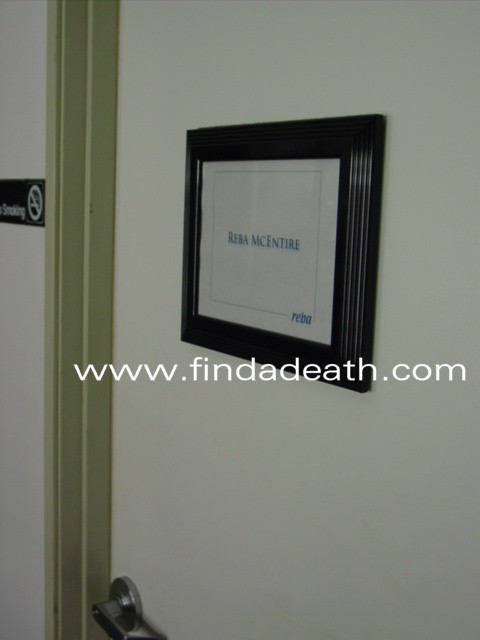 and a terrible picture of me on the set. 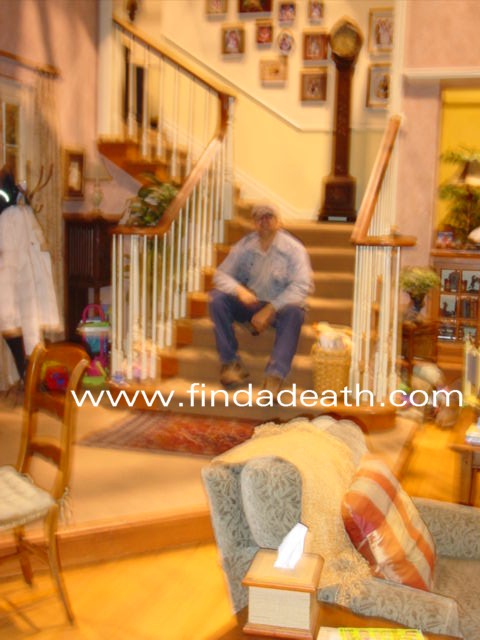 Thanks Penniferous.  Love you much, and see you at the Spoon. x