I fought with all of them except Mike Nesmith, because he was 6′ 2″ and would have killed me.
There’s an audience for everything.
I’m a married man. If I want sex at this particular point in my life, I go home for it.
I got hate letters from girls all over America because I wouldn’t go to the prom with them.
Justin Bieber stole my haircut. And Axl Rose stole my dance!
People always expect you to be jumping out of a Rolls Royce and being in the papers for drunk and disorderly or sleeping around.
The Monkees changed my life but ruined my acting career.
You know I used to be a heartthrob, and now I’m a coronary.
The only people who didn’t like The Monkees were the French, and they don’t even like themselves, so what’s the point?
You can put me in the basement or the penthouse; it doesn’t matter to me.
Show More Quotes
Show less

It was announced today, February 29, 2012, that Monkees front man Davy Jones has passed away of a massive heart attack.

According to one of his employees:

“Jones died after spending a happy family weekend with his wife, Jessica Pacheco, and her family riding horses. He had lived on the ranch since the 1980’s.  He complained of not feeling well, earlier in the day.  He died of a massive heart attack while back at the stables with his horses.”

The medical examiner received a call from the Martin Memorial Hospital confirming the news.

He was 66 years old. He is survived by his wife and four daughters. 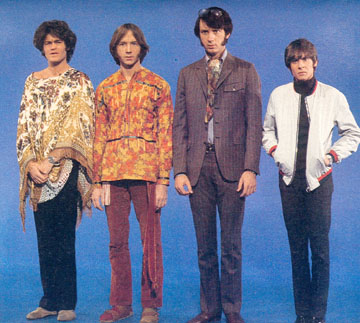 No more reunions. Well, one was never very likely.

Sometimes Davy signed this lovely autograph to a young fan.  If this was Davy’s sense of humor, it might be construed as mean-spirited.  Or British. 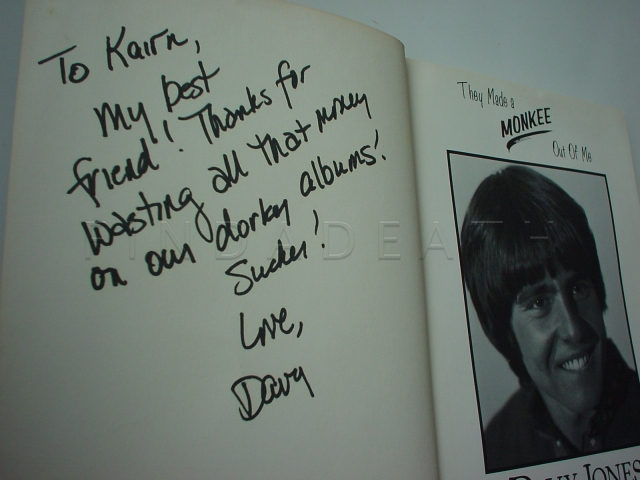 According to the Palm Beach Post – there will be no Florida public funeral, however Davy will be buried there.
No word on public memorial services in New York and England.

The family asks that contributions be sent to the National Multiple Sclerosis Society or the local chapter in honor of Jones’ niece, Deborah Jane Wilkinson, who in 1995 died from the disorder. 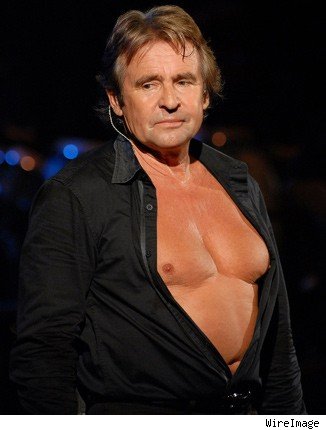 Mark Langlois writes:  Davy Jones was nominated for a Tony for his role in the original 1963 Broadway production ofOliver!

This brought him to US Television to perform it’s numbers on The Ed Sullivan Show, and the same night The Beatles were introduced to America.  “I watched the Beatles from the side of the stage, I saw the girls going crazy, and I said to myself, this is it, I want a piece of that.”

” Charles Manson was not a Monkee!” 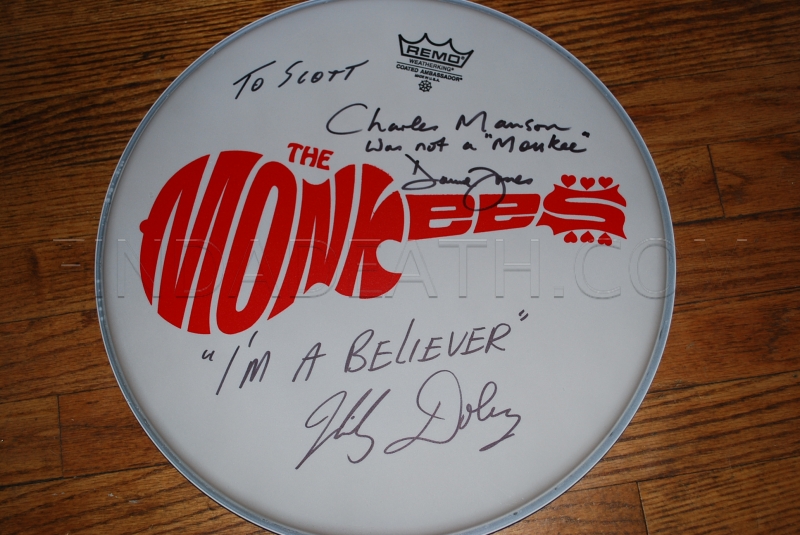