I visited Hollywood Cemetery yesterday and found a new permanent resident.  The is Father of Surf Music – Dick Dale has a brand new resting place!  Dick was cremated and is inurned in a building called the Abbey of the Psalms.  Here is the video of my visit.  Since I was there, I included Judy Garland and her story of being exhumed from her grave in New York and brought to Hollywood a couple of years ago. 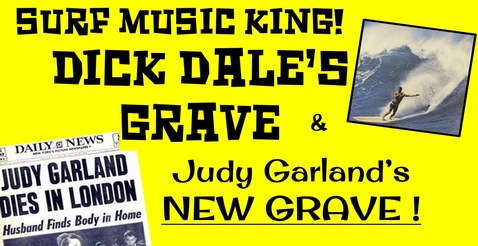 The dic… Mayor of Los Angeles has just extended our quarantine through July, or…. maybe not because it’s safer to be safe, but it may not be because social distancing and we are all in this togeth and UGHHHHHCK…  So where it stands right now?  Tits up.

I still love sharing Hollywood history, so I keep making videos.  I recently added another episode of My Autograph Collection Series, which includes a signed picture of Mark Lindsay from Paul Revere and the Raiders (along with the story he told me that ended up in The Movie), and a document regarding the evangelist Aimee Semple McPherson’s and a job she had to do… but didn’t… because she disappeared… but everyone thought she was dead… but she wasn’t dead. I know.  Religion gets complicated.  I also venture to her grave at Forest Lawn Glendale, one of the places to be buried. Yes, that matters. Check out the video here. 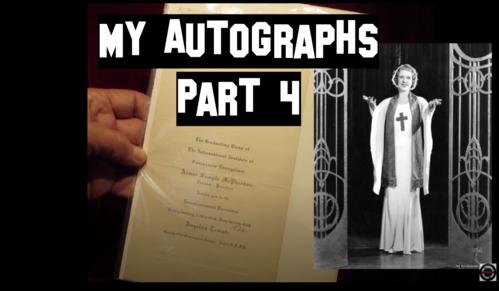 I also did a live YouTube chat on Sunday so I would like to thank everyone who “stopped by” in the cyber world. These are becoming more popular and it’s a great way to keep in touch. If you would like to do another one of these, please send me some questions and let me know what you’d like to talk about. Here’s the chat from Sunday. 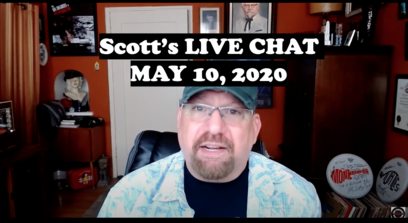 As you know, it was a very tough week for the flamboyant.  Bless.  First, we lost Roy Horn, of Siegfried and Roy fame. The dynamic duo had been out of commission for years after a tiger ate Roy on stage. (Snaps to Siegfried and Roy – they did NOT kill the tiger for behaving like a tiger.)  It was the corona cooties that finally got Roy.  Just a few days later was a rock ‘n roll legend, Little Richard.  Unlike another rock ‘n roll pioneer, Chuck Berry, Little Richard didn’t have a reputation for spying on people while they pee.  That’s a true story, by the way.   Instead, Little Richard spied on couples doing the nasty, both homo and hetero.  God love him.  In this day and age, this type of inclusion is called “equal opportunity” because if you don’t you’ll be destroyed.  So LR was a pioneer in more than just music.  Unfortunately, back then the police sometimes frowned on being of the kinky variety and he was arrested for it once. Today, in the Golden Age of Celebrity Sex Tapes, it would be a solid career move. Rest in peace, Tutti Frutti. 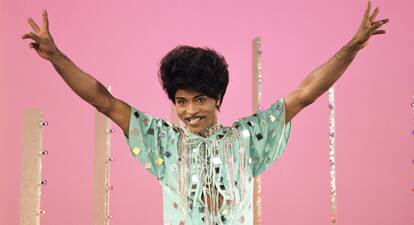 In real estate news—the Ozzie and Harriet Nelson house is for sale. Years ago, this house was a staple on the Dearly Departed Tour because 50’s TV icon Ozzie Nelson died there and singer Ricky Nelson grew up in the house.  Actor Christopher Meloni is the current owner, which is interesting because hello Christopher Meloni.  This house will forever be associated with the Nelsons’ TV show because it featured the family outside their actual house. (The interiors were recreated on a soundstage.)  Ozzie passed away here in 1975 and ever since there have been numerous accounts of Ozzie’s ghost being um… interested in females who slept in the room where he died.  Basically perving women from beyond.  I can almost hear my mother hissing, “świnia!!!!” 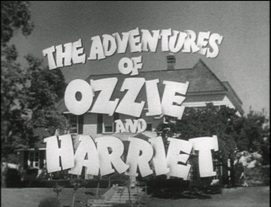 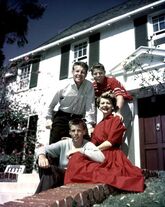 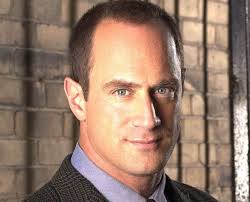 In Hollywood, there’s no such thing as a house that isn’t haunted. It’s the land of stories, make-believe and straight-up lies.  Whatever your thoughts are on ghost stories, it doesn’t really matter.  People love this stuff.  Usually the ghost stories revolve around Marilyn, Charlie Chaplin and Valentino.  They seem to haunt every building in Los Angeles whether or not they ever stepped foot in the place.  But if you want to live with Ozzie Nelson’s ghost or Meloni’s stink, now is your chance.  Do me a solid and invite me over.

Our own Brian Donnelly has a YouTube channel and here are a few videos of the summer when The Movie was being filmed.  This is truly fab footage.

Love,
Scott and the Dearly Departed Tours Team
Once Upon a Time in Hollywood playlist: 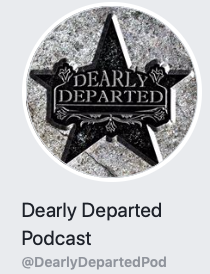 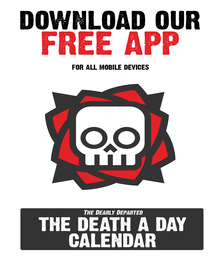