On March 16th of 2008, the Death Hags convened in Hampstead, North London for an informal gathering.  I love to meet people in person, that I’ve known over the years online.  It was also an opportunity to see old pals.  Those of you who have moved away from home know – sometimes its difficult going back because you have to see so many people.  My six years in London have made me some great friends.  Findadeath.com has made me some terrific new ones.

I chose the Magdala pub, at the suggestion of my pal Ryan.  The last woman ever to be hanged in England, Ruth Ellis, shot her lover to death in front of the joint.  Perfect.  Now its part of hip and trendy (though you can’t hail a cab to save your life) Hampstead.

My old pals Peter and Ryan were there, Jon – who suffered the wrath of wax – I am so sorry.  Lovely Fiona actually flew down from Glascow and meeting delightful Doris for the first time was a treat as well.  Stephan who I’ve met before was there, my traveling pal Scott.

The group of us posed in front of the pub where the bullet hole still is, then we retired into the pub for a trashing. 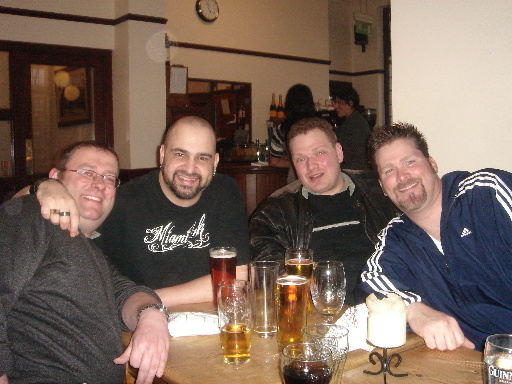 What a great afternoon. 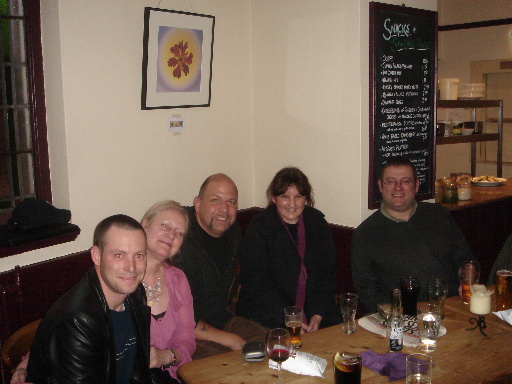 Thanks so much to you guys for coming. 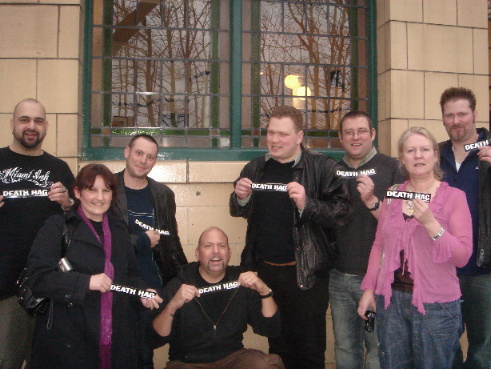 Guess who else showed up?!  Dr. Who.  Yep, Sylvester McCoy.  He was very kind, and took a picture with a few of us. 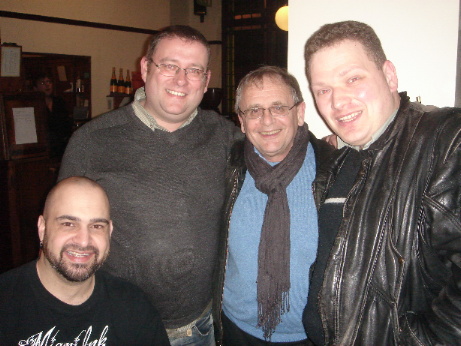 As the afternoon progressed, and I went to the restroom, I turned the corner to catch the end of a sentence coming out of McCoy’s mouth, “At least he wasn’t American…” to which his tablemates went atwitter.  I know that people generally don’t care for us, but its still annoying as fuck to stumble on it.

McCoy then redeemed himself completely, by coming over again, and playing dead for the Death Hags.  Thanks so much to everyone that showed.  Next time hopefully I will have something better planned. x 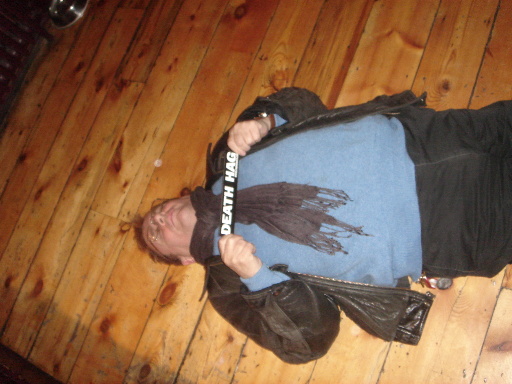