On the 23rd of December 2006, I was in Detroit.  I put a note out to anyone in the area to join me at Motown Studios for a little Death Hag Gathering.  I was thrilled that about 15 people showed up, including some family I haven’t seen in years!  Right Judy?

Our wonderful tour guide Chris showed us around and was able to answer all our questions.  Especially with Dreamgirls being so big right now, I was asking a lot about The Supremes, and the very obvious omission of their costumes in the museum, which are apparently being cleaned right now.  (Get with it, Motown!  Now is the time!)

So here is our motley crew. 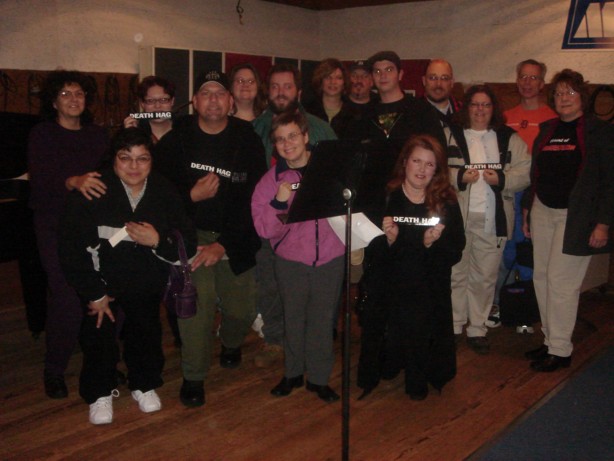 Chris had some of the men and women go up separately and do The Temptations and The Supremes. 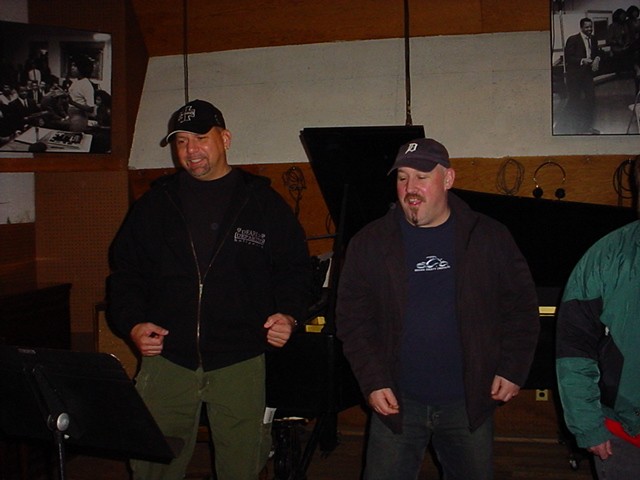 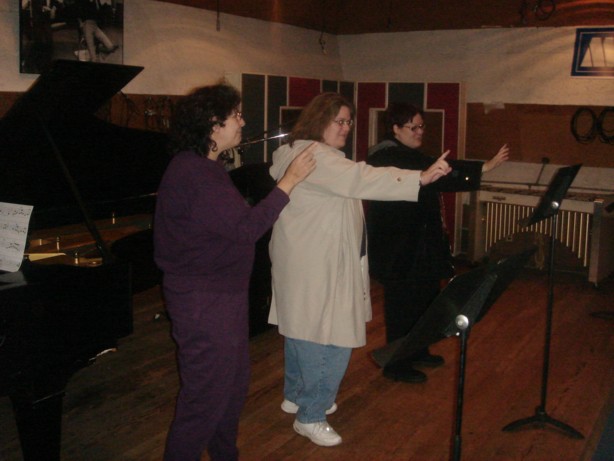 I felt like an idiot doing it, but when she said, “You have just sung Motown classics in the very studio where they were created,” I was glad I did it.

Here is a picture of the girls recording in Studio A, and the studio the way it looks today.

We were able to walk the halls 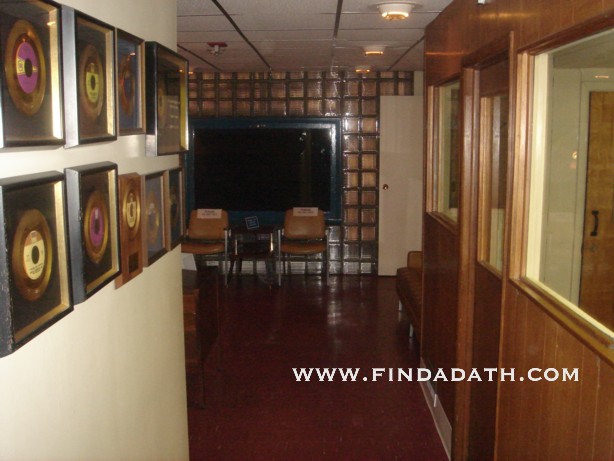 where all those amazing artists worked.  Saw the mixing board 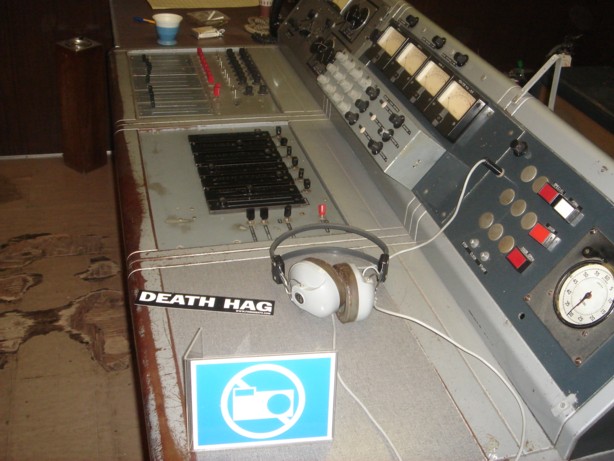 and even learned Motown’s phone number! 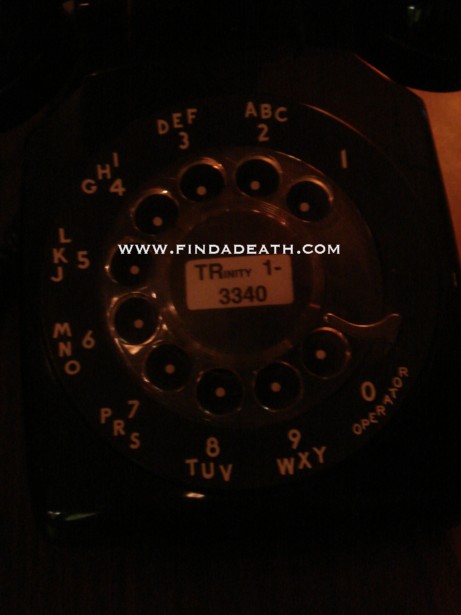 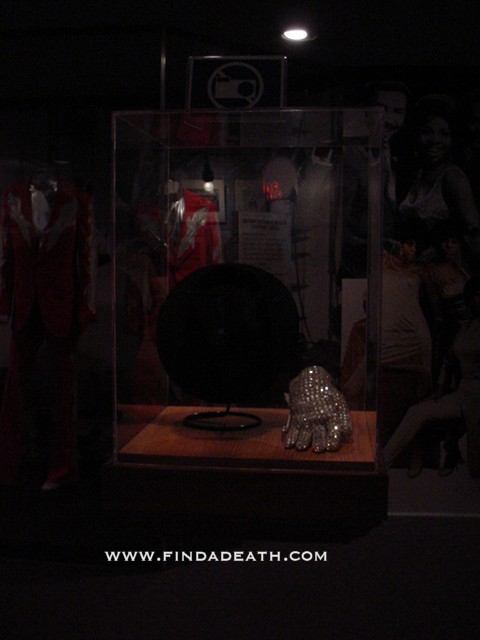 was on display as well.

Afterwards, just three hags, Jeff, Michelle and myself, went and paid our respects to Florence, several miles away.  Damn depressing place to be, when you know there are people in Hollywood soaking up loads of cash because of her.  Rest in Peace, Flo.  We won’t forget.  Not here.

I’m from Detroit, and am proud to be from Detroit – but there isn’t much to brag about.  Motown is brag worthy, and worth a trip.

Thanks Holly, for the snaps!