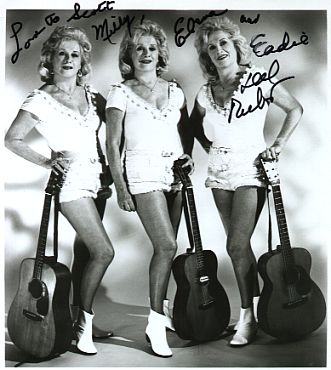 I loved these ladies. Someone once described them as, “long legs, short skirts and boots, lots of cleavage and blonde hair.” Pretty much sums them up, except it leaves out the fact that they were three of the kindest ladies in the business.

They had been performing together for their entire lives. Their gimmick was the fact that they were identical, dressed the same, and sang. I first got turned on to them, while watching Pee Wee’s Christmas Special, a few years ago. Still the best hour on television ever, if you ask me. They were introduced by Pee Wee saying, “It’s the heavenly intonations of the Del Rubio Triplets!” They entered in mini skirts and go go boots, singing Winter Wonderland. I was awe-struck. After that, they started popping up in guest appearances on television shows, and their popularity continued. They would perform for free, usually for just gas money. They loved to entertain in nursing homes as well. Truly, they had hearts of gold.

I saw them in concert on November 18, 1990, when I was living in Chicago. They played in a bar on Belmont, called Berlin. Their show was fantastically fun. 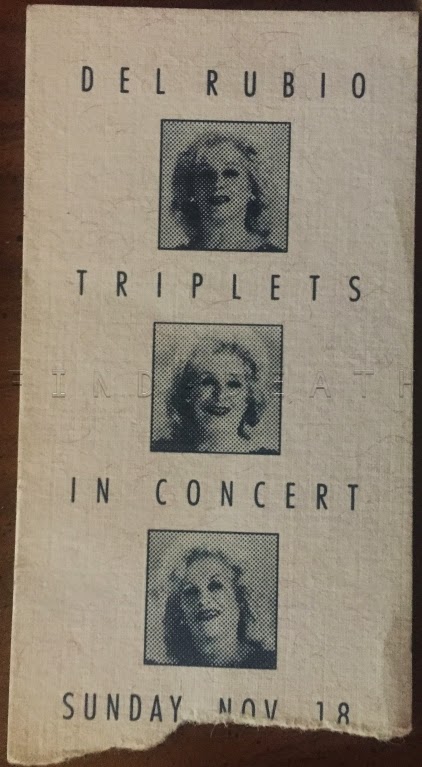 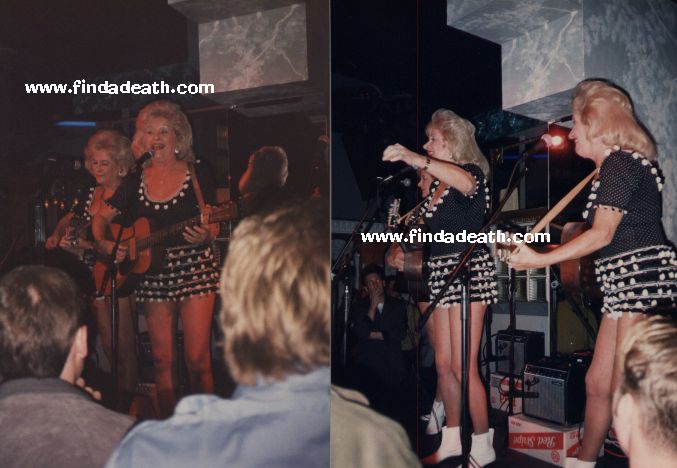 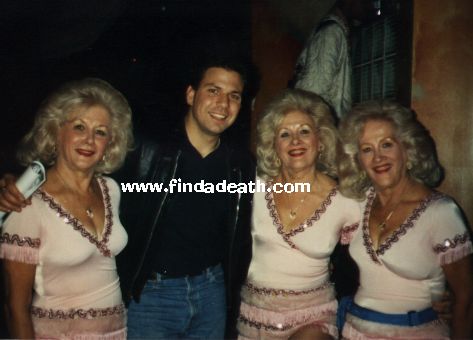 I introduced myself, and ended up spending about an hour with them. They were so incredibly sweet. The Del Rubios had a huge gay following, and appeared annually in Gay Pride parades. 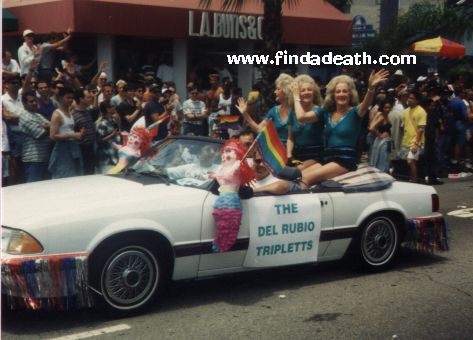 I was truly saddened when I learned that Eadie Del Rubio passed away. The girls lived in San Pedro, in a development for seniors called Palos Verdes Shores.

My buddy Larry and I went to photograph her home, but the guard in the guard shack (who was eating soup and crackers) would not let us in. 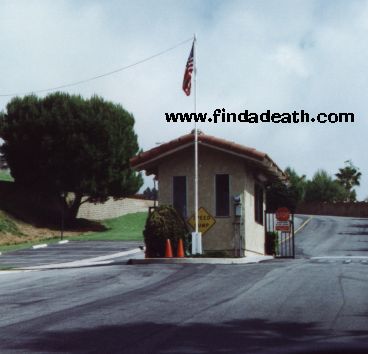 So I had to settle for this shot of the rooftops. 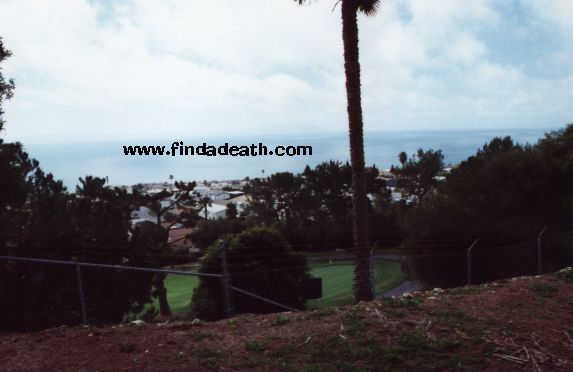 No doubt the girls often traveled this road, to and from gigs. 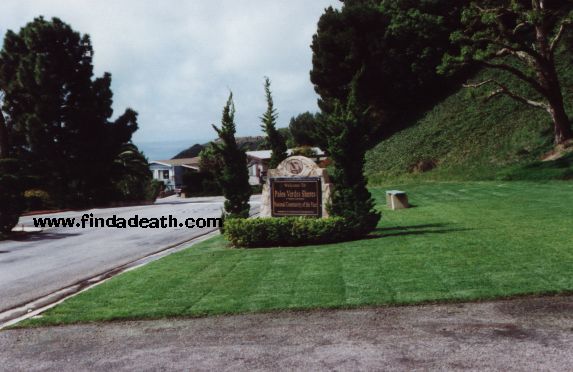 The three never married, and I seem to recall that they wore wedding bands, and it was a bit creepy to me. Sorta like when nuns wear them. Too much psychology, but that’s probably just me. 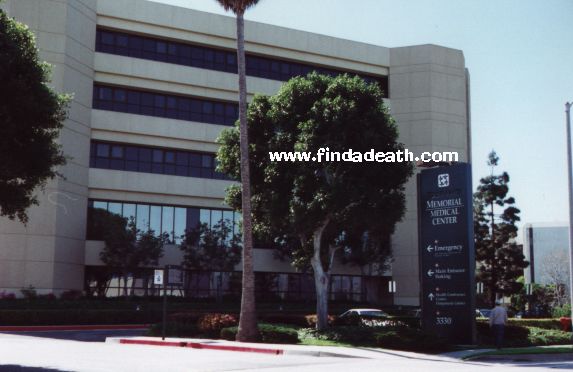 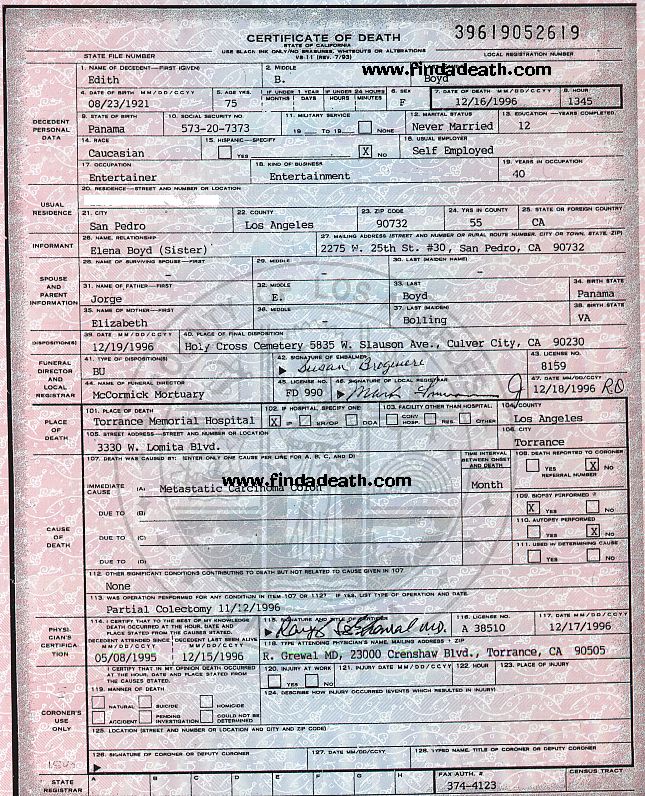 Her body was taken to the McCormick Mortuary, there was a memorial service at Mary Star of the Sea in San Pedro, and eventually interred at Holy Cross Cemetery. The sisters asked that donations be made to the American Foundation for AIDS Research, or the Pediatric AIDS Foundation.

God, talk about timing.  Elena Del Rubio, the second of the Del Rubio Triplets to go, died last Monday the 19th (Aug 23, 1921-Mar 21, 2001), that would be (and honest to God, a coincidence) 6 days after I wrote the story about her sister.  Her funeral is Monday morning at 9, at Holy Cross Cemetery, in Culver City.  Hoping to get pictures.  I loved those girls, and I feel SO horrible for Milly, the only surviving Del Rubio.  Rest in Peace, Elena and Eadie, and God Bless You, Milly.

About a week after I wrote the Eadie article, Elena passed away from a “short battle with cancer.”  It was Monday, March 19, 2001, and she died at home.  Milly, the only one left said, “It was a terrible blow to me.  Now I’m left alone.  Most people have individual lives.  In our case, it was three of us with one life.  We’ve always been together.  It’s like a light going out inside.”  Thank you Tom and Carla for that.

Findadeath.com friend Jim Dougan went to Elena’s funeral, at Holy Cross.  When I asked him about it, Jim generously offered this paragraph:

“The service was very casual.   Milly was wearing a Powder blue sweater, with dark blue pants, kinda like ski pants. with the blonde hair {wig} Elena was in a wooden casket, no wig on, and open casket.  She was wearing a flowered dress that looked like a muumuu {Hawaiian style}. Milly kissed her before they closed the casket and placed something inside, I didn’t see what. There was a picture of the three of them on top of the casket. In the back ground they had the “Del Rubio’s” music playing and I heard Unforgettable, and Danny Boy.  They had a Mass and then the graveside. At the last minute Milly decided not to go to the graveside, and kissed the casket before they took her out.  I went to the grave side and put in a Gold Dollar I had, in the cement crypt before they lowered her.  I usually put in a medal of the blessed Mother, but didn’t have one on me.  I wasn’t planning to go, but had the time before work. They skipped the middle grave for Milly, so on the left is Eadie, on the far right is Elena, and the middle is for Milly.  There Father is to the Left of Edie, the family name is Boyd.
About thirty people attended, mostly from the gay community of Long Beach.  They used to lead the Gay Pride Parades, that’s how I met them. Also ran into them at my fathers retirement home, in Carson California.

Jim also picked up this handout at the funeral, and this mass card. 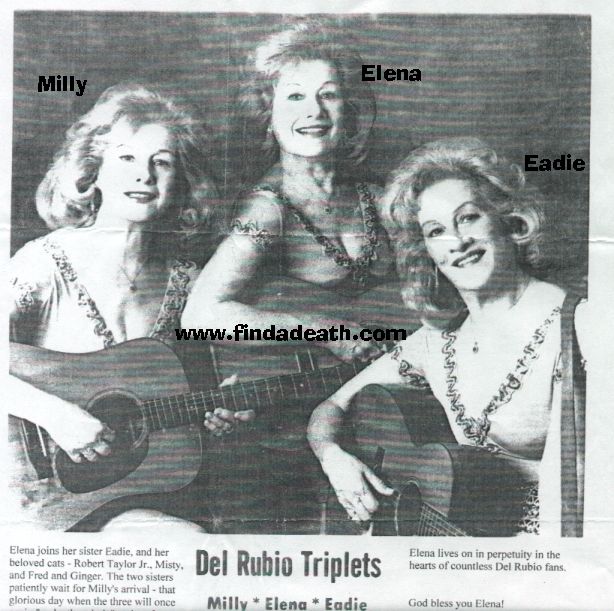 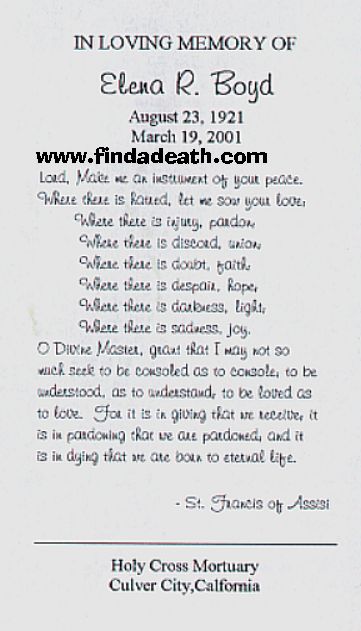 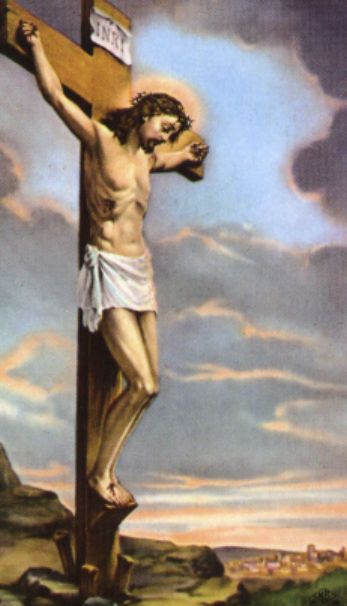 Thanks Jim.  Great information, and much appreciated.  Jim got to meet A.J. Benza.  Swoon.

Dear Scott,
I was told another of the Del Rubio sisters had died, leaving only Milly and searched Google.com and found your article from your site. Thank you for putting this on. I had no idea she passed away last year. Do you know how Milly is? (she’s okay.  Devastated accordingly, but otherwise physically healthy.)  I have her address and will write to her. I met the girls a few years back on their tour here in Melbourne Australia. There had been a mix-up with dates so the venue was almost empty. The girls did a small show and asked us all back for a full show the following night. Myself, my partner and three other friends decided then and their to ask the girls if they would come back to my apartment for a small party the next night. They seemed like they would just go back to their hotel room alone. They agreed and we had one of the most special nights of our lives. I especially remember us all having quite a few drinks, them smoking, and me not being able to tell them apart. They were wonderful gals, fantastic fun, just love in their hearts. We had a great night. and agreed to visit them in the US and stay in touch.

Later after some press & reviews for their show various members of the gay community took them out and they loved Melbourne. I think they went to one of our huge warehouse parties. We kept in contact over the years, and Christian and I met up with them in LA a couple of years ago, and they took us on a tour of the Hollywood Hills. It was non stop talking and laughter as they showed us where they lived as kids next to Judy Garland. They remembered Jeanette MacDonald arriving often with a basket of freshly cut flowers. I took great photos of the girls while here and in L.A. in front of those huge palm trees in L.A. I remember thinking we would probably never see them again as they drove off in a big old tank of a car . I could see three huge heads of blonde hair through the rear car window as they drove away.

Scott please email me and let me know if their is any more news, or if you have any memories to share. I can’t find anything on them on any sites. I remember a shop in San Francisco that had old CD’s of theirs with glamorous pics of them from the 50’s. They took us to the French Quarter in L.A for lunch, and into Baby Jane of Hollywood. They’d been in to sign photos before, I love that shop.

Best to you, Robert.

What a wonderful recollection.  Thank you, Robert.

RIP Milly Del Rubio has passed away on Thursday, July 21, 2011.  Rest in Peace girls.  Keep ’em tapping their toes in Heaven.  Milly – I kept your space warm for you. 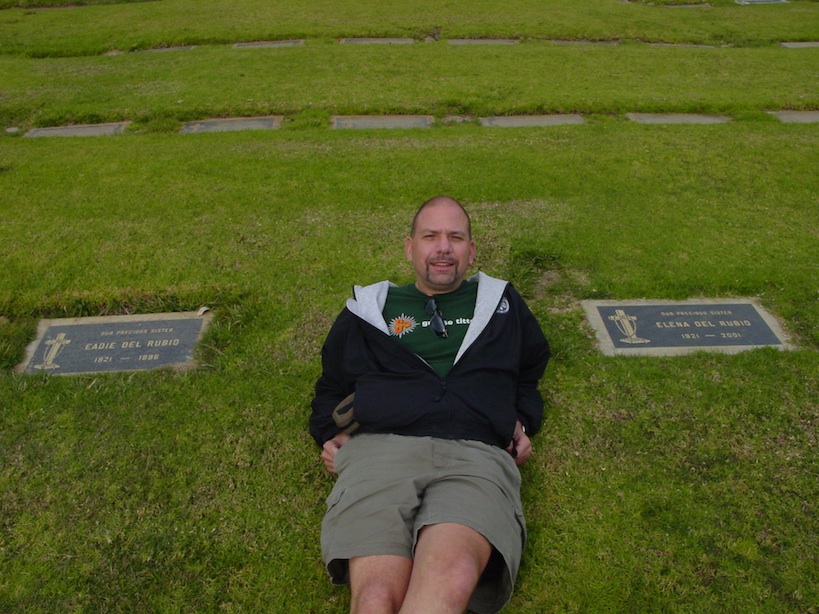 4 thoughts on “Del Rubio Triplets, The”