Charles Weedon Westover was born in Grand Rapids, MI in 1934.  He adopted the  name to Del Shannon because Westover, “had no ammunition.”  Oh, the irony.  This story was originally put on Find a Death back in 1999, when I was still living in London.  Find a Death moved servers several times, and in one of those moves, Del was lost.  A few years back, a Find a Death friend Rod Mannix found the text, and today my pal Brian and I ventured back out to the desert to photograph the scene.  By the way, it was 116 in the desert today (July 6, 2007).

I loved Del’s song, “Runaway.” There is a musical riff in there that always reminded me of the hip late 60’s version of the Lost In Space theme.

According to neighbor Marlene Morris, Del was a terrific man, very friendly and had been trying to make a comeback.  He ran every day in his gray sweat suit in an attempt to lose weight and be as fit as he had been “back in the day.”  She also said the Del had done a hometown concert and afterwards fell into some sort of depression.  He was taking Prozac, which some claim to have heightened the depression.

The obviously troubled Del was living in Canyon Country, California, with his wife Bonnie. The main driveway is HUGE, 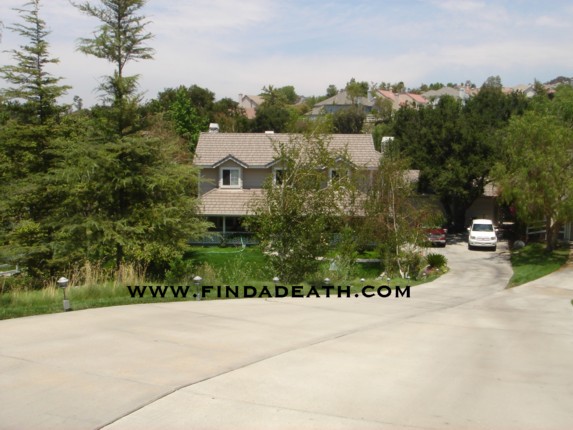 but if you venture down it, you get to this beautiful home. 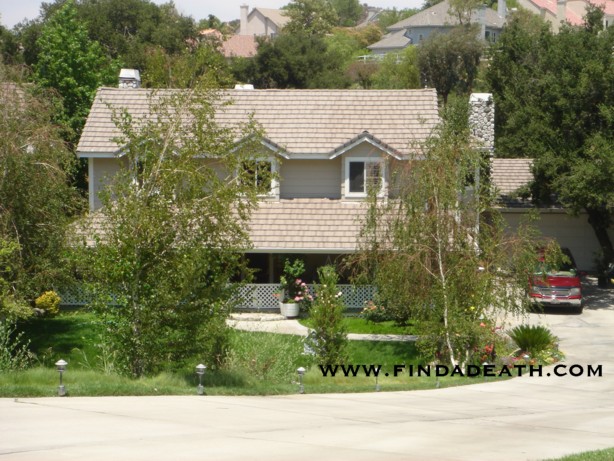 My old pal Dolores who took the original pictures that are now lost said of it, “The house looks like something out of Better Homes and Gardens. What a lovely house to kill yourself in.”  True.  If Del were ever to want a breath of fresh air, he probably would have just wah wah wah wah wandered up this little path in front. 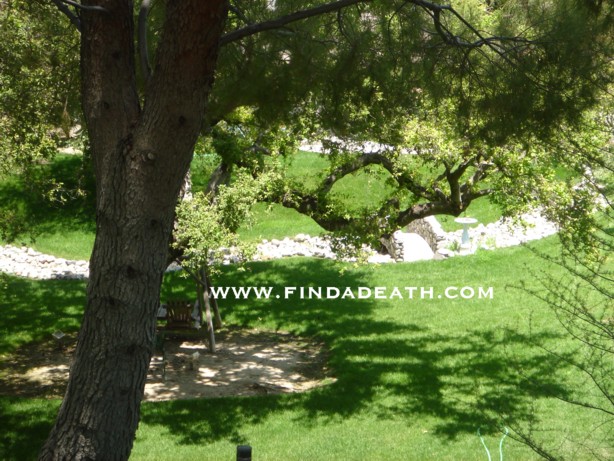 My friends at Celebrity Archives send me an interesting scan: On January 8th, 1990 Del penned a note regarding a house of his in Valencia and what were to happen to this home, “In the event of my death.” 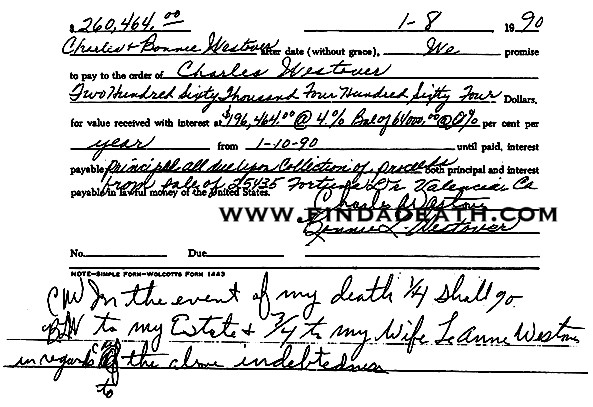 Not really a spontaneous decision it seems.  You can get the entire document/will here.

Bonnie was the unlucky one that discovered Del late Thursday evening, February 8th, 1990. He had put a 22 rifle just behind his right eye between the eye and the ear, and pulled the trigger. 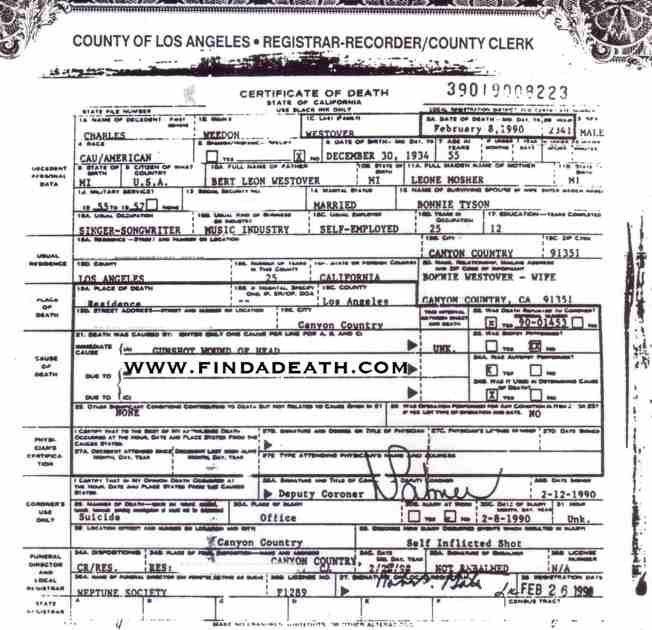 The next morning, Bob Kline, Medical Examiner at large, got to work. There was a call sheet describing that a death had occurred in Far NorthEast LA. The name on the sheet was Charles Weedon Westover. I quote my buddy Bob now, “I headed out to the location and met with Investigator Gary Kellerman who had gone ahead of me. He inquired as to whether I knew who the decedent really was.” “We entered the residence and found Mr. Shannon, slumped in the same rocking chair that is seen here. 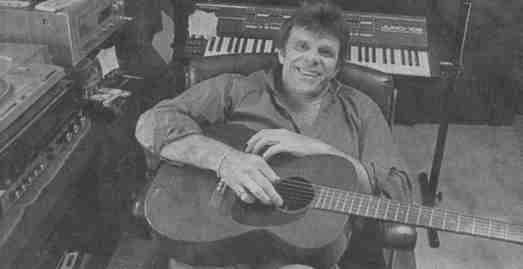 He was wearing only a bathrobe, and his hairpiece was missing. There was a hole above his right temple from a .22 caliber rifle, which was lying beside him, on the floor. His eye sockets were, as expected, black and blue from the trauma. He had been dead for a few hours.”

“Del was wrapped in a clear sheet of plastic, another plain sheet, and transported back to the Medical Examiner’s Office. He was given an autopsy, as required by law. His official cause of death was “Gunshot wound of head.” His death didn’t go public for almost a day, pending notification of family.” Del was cremated by the Neptune Society, and was unclaimed for a period of time. His wife eventually picked up his cremains.

There is one rumor, that Del’s wife tried to sue the makers of Prozac, but was unsuccessful.

Trivia: When Roy Orbison died, it was Del that was rumored to take his spot in the Traveling Wilburys.

More Trivia: Del worked with Tommy Boyce and Bobby Hart, when he recorded their “She.” In 1967, Del did a tour of England, which brought “She” some radio play. When The Monkees released their own version of the track on the their second album, it blew Del’s out of the water.