If you can survive Detroit, I’ll be damned if I’ll go anywhere and be hoed out. ‘Cause this place is a muthafucka. 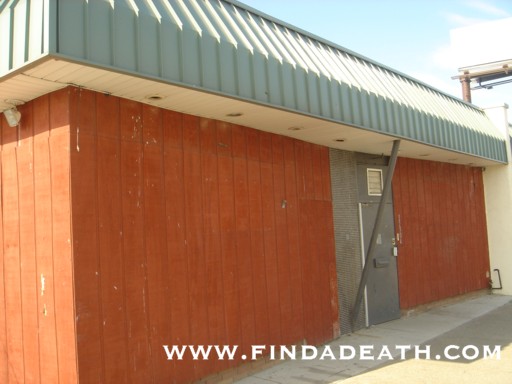 It was 4:30 a.m.  The club was serving booze illegally – after hours – making it a”speakeasy.”

The speakeasy I used to go to back in my bartending days (The Gas Station – The E Ramp) was called Sonny’s, used to sell lines of coke with the drinks.  Don’t know if that was the case here.

Contrary to what people think, all of 8 Mile Road is not horrible.  Parts of it hit Harper Woods, 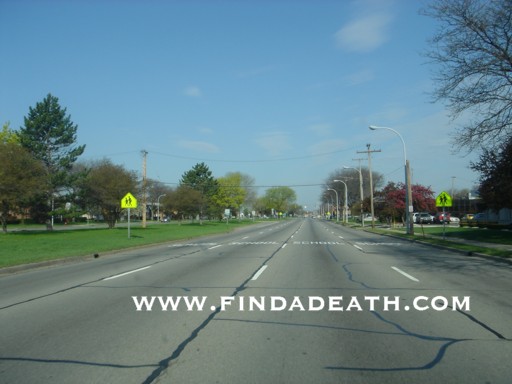 parts of it hit Grosse Pointe. 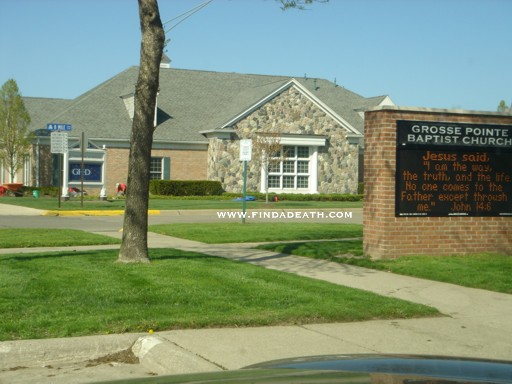 I had a friend call and ask if it were true there were blockades on 8 Mile Road to keep the blacks out of the white neighborhoods.

So not true.  That’s on Alter Road.

So, long story short, there was a fight – with guns – and Proof gets shot three times in the head and chest, and was killed almost immediately.  He was taken to the hospital, where he was pronounced dead. 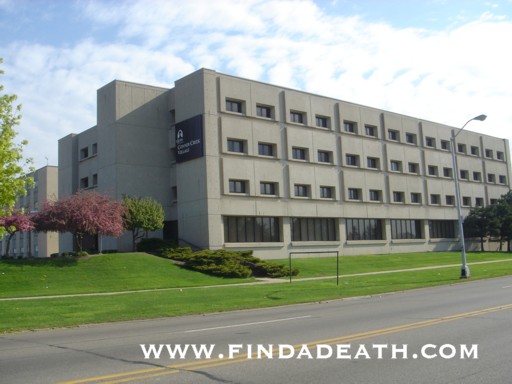 His 3-hour funeral was held at the Fellowship Chapel. 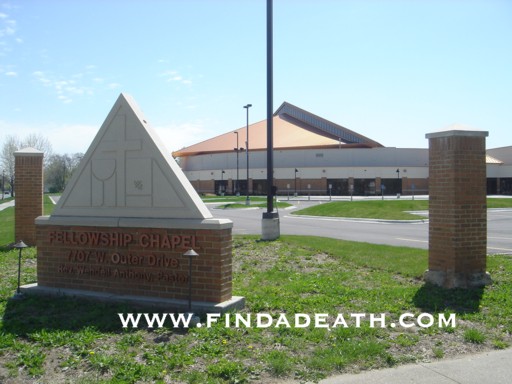 Eminem eulogized his late friend and former best man.  Several hundred people showed up, and there was a bomb threat.

Proof’s body was taken by horse-drawn hearse to Woodlawn Cemetery.  According to one report, more than a dozen stretch white limos, black and green stretch Hummers and hundreds of cars tied up traffic for more than two hours.

Proof is in a crypt just around the corner from Rosa Parks. 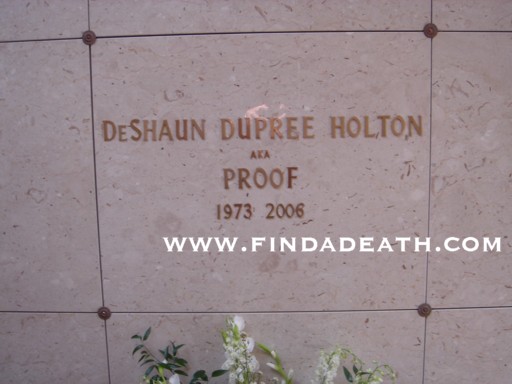 A makeshift “shrine” showed up at a telephone pole near the nightclub, which has now closed its doors for good. 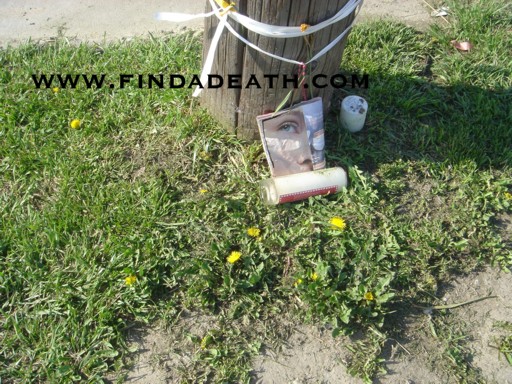 Things sure have changed since I grew up.  There is a party store about 20 yards from where Proof was shot where I used to ride my bike to, to buy Wacky Packages. 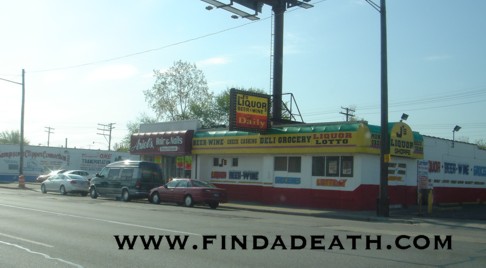 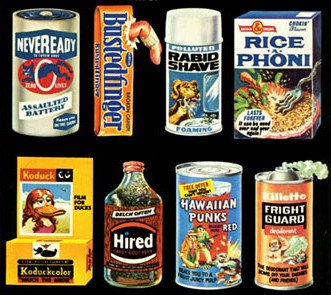 Last time I was home, I went through my old neighborhood and discovered the house where I grew up had burned. 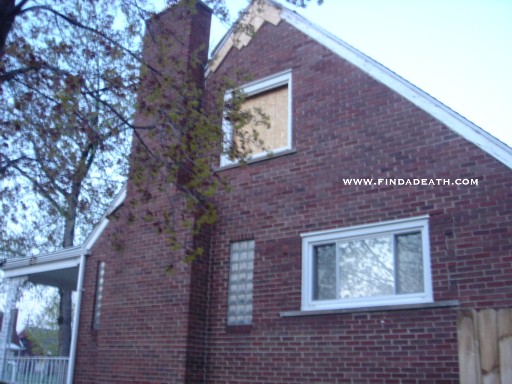 The old downtown movie theater I worked in as a projectionist is now gone, 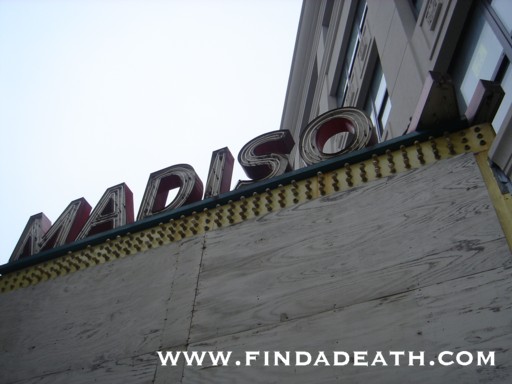 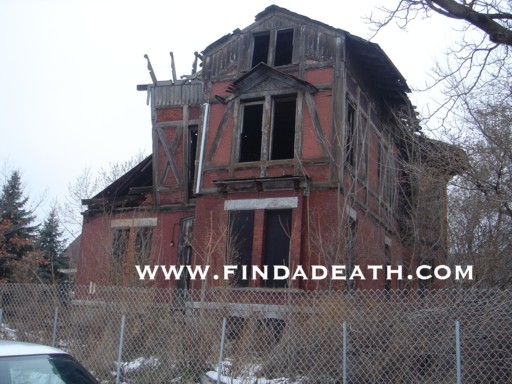 Sure, Detroit has come a long way in recent years, but its still a pretty painful.  Sad, really.

Tip from Findadeath friend Shannon added June 06: Just a word on Proof that you recently posted on the site, the guy who was charged in his death Mario Ethridge had the murder charge dropped as it was stated in acted in self defense as Proof shot his cousin (Mario’s) Kevin Bender who was in the Army.  Mr. Ethridge apparently was a bouncer at the CCC club.  They said Proof had a blood alcohol level of 0.32 which is 4 times over the limit in Michigan and a fight broke out over a game of pool. Mr. Ethridge is charged with  carrying a concealed weapon and unlawfully discharging a firearm in a building, but it was stated he acted in self defense in protecting his cousin.

Scott from Toledo adds: I’m a bouncer at a night club 45 minutes away from Detroit and I’ve known Proof for about 6 months. The DJ at our club grew up with all of them (Proof, Eminem) and Proof was a regular here in Toledo and he came off as non violent. So if u hear anything at all saying “he fired first” its just an utter lie because on the news around here, they only interviewed friends and family of the so called “victim”. This is how the news in the area portrays it has happening, Keith Bender (bar owner) and Proof get in a scuffle over a pool game over money that Proof won.  Proof (the non violent?) then shoots Bender and is killed by a bouncer.   Ok now here’s the REAL story. Yes they had an argument over a pool game but Proof knew something was bound to happen being in Detroit. The guy and Proof get in an argument and they both drew.  Bender shot, he missed and Proof pistol whipped him.  Now here comes the big bad bouncer shooting proof THREE times with an unlicensed gun. He claimed self defense but what is a bouncer doing with a gun anyway? I’ve been a bouncer for 7 years and I’ve never had to use a gun or any other type of weapons as I’ve disarmed people with my bare hands. the man is not being charged with murder, only an unlicensed gun.  Self defense warrants a wounded person, not 3 shots at close range to the head.

On a happy note, I did find another bar that used to be a speakeasy during prohibition called the Eastside Tavern, with a perversely low ceiling, but a great place to get cheap beer. 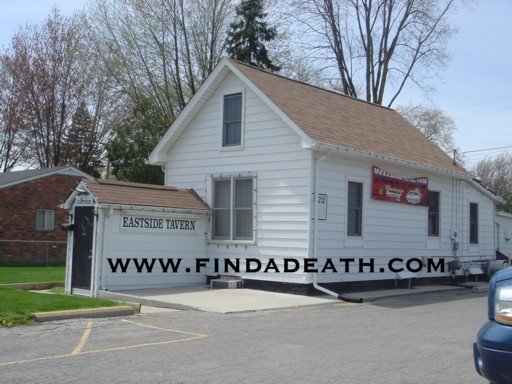