Loompa Land? There’s no such place !!

Dodo got her first big acting break locally in the mid-1950s. In August 1957, fifty-two classic Universal-International horror films were licensed (10 years for $20 mil) by Columbia Pictures’ Screen Gems division for television syndication under the package title of Shock! Theater. Local TV stations around the country sought to create their own Vampira-esque late-night horror hosts. Kansas City’s Channel 5 (KCMO TV) created The Witching Hour and hired Dodo Denney as “Marilyn The Witch”. With her cackling laugh, old crone make-up, and penchant for comedy – Dodo was a natural. She was featured in a 1958 TV Guide magazine article about Midwestern horror hosts. 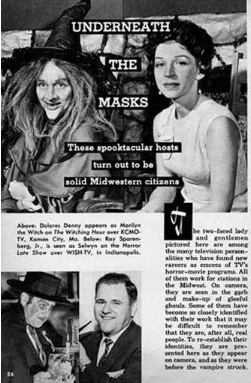 Dodo as ‘Marilyn the Witch’ was so well-liked that the station also gave her daytime spots where she gave advice on non-horror related things – like gardening.

In her personal life, Dodo was an avid gardener and became a champion grower of her hometown’s official flower – the Iris. She also became an Emeritus Judge for the American Iris Society.

Dodo was married to Alan Denney, a successful Art Director and illustrator for Hallmark Greeting Cards. He designed those funny, tall & narrow, cartoon ‘studio cards’ that flourished in the 1960s and 70s when customers flocked to card shops weekly to laugh at the new releases. While the couple raised their two sons, Dodo became a popular character actress in films and television.

Dodo made a memorable appearance in a 1966 Bewitched episode called “A Gazebo Never Forgets” in which she played a high-strung young mother whose toddler’s polka-dotted elephant toy is the object of witchlet Tabitha’s desire. Mid-episode, after Dodo gets hassled again for the elephant toy, she amusingly breaks the 4th wall and looks directly into the camera asking “What is it with that elephant?!” 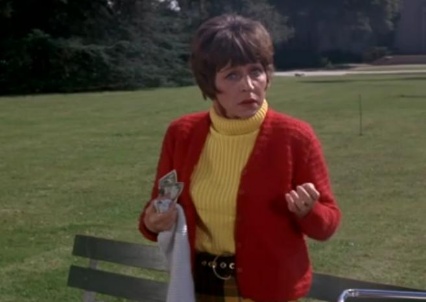 The episode concludes with Dodo shrieking at the sight of a real polka-dotted elephant that materializes at the park. 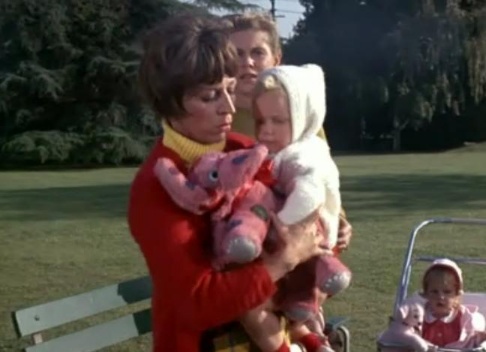 Dodo would be called back to Bewitched again for the 1968 episode “Samantha Fights City Hall” and appeared in episodes of Green Acres, Petticoat Junction, Get Smart and That Girl (to name just a few). 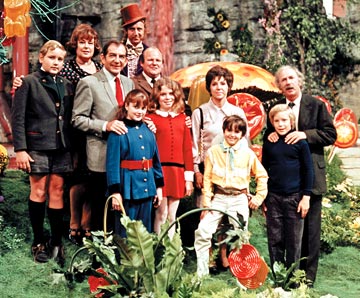 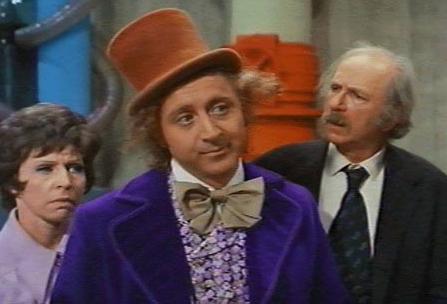 Reportedly, Dodo was the producer’s 2nd choice after actress Jean Stapleton (who was busy with the All in the Family pilot). Dodo was at her zany best in the role and added several comedic moments to the film. The Munich-based Wonka shoot lasted from August 31 to November 19, 1970. Munich’s Gas Works building and clock tower used for the exteriors of the factory were still standing (circa 2008) as a corporate office park at Emmy-Noether-Strasse 10, near the Westfriedhof U-Bahn station. 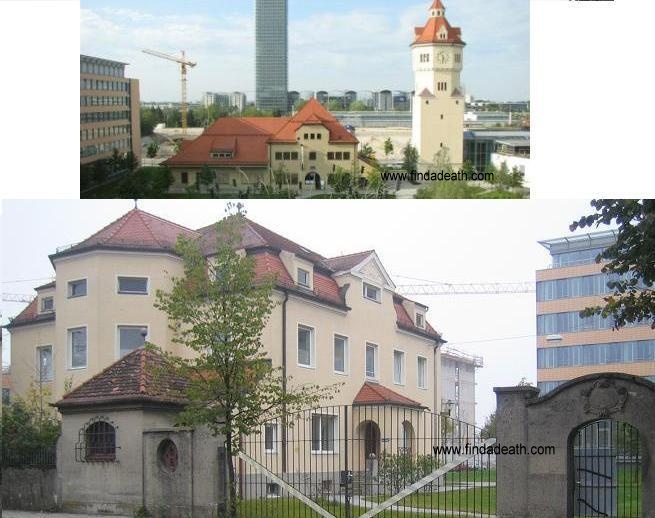 Trivia: The boy who informs Charlie’s class about the factory opening and golden ticket contest is played by Peter Stuart, son of the film’s director Mel Stuart.  Mel is pretty unpleasant, and Dodo couldn’t believe that Mel was directing this child driven film, and had absolutely no rapport with the children.

And More: Mrs. TeeVee smugly states that Wonka’s musical lock plays “Rachmaninoff”, while the tune is actually from Mozart’s “The Marriage of Figaro”.

Even More: Julie Dawn Cole (a girl from a single-parent council flat home playing wealthy Veruca Salt) said that her own Wonka salary was 600 pounds – or 60 pounds per week for 10 weeks of filming.

The $2.8 million dollar budgeted film was a critical hit (earning an Oscar nom for Best Original Score and a Golden Globe Best Actor nom for Gene Wilder) but only earned $4 million at the box-office. Released worldwide on June 30, 1971 – it became a family film favorite by the 1980s from its TV broadcasts and videotape sales and has since been released on DVD three separate times. It also spawned a 2005 non-musical remake by Tim Burton which in turn made $474 million worldwide for Warner Bros.

After Wonka, Dodo did more TV guest shots and roles in several ABC-TV After school Specials, including 1977’s My Mom’s Having a Baby – from which a generation of latch-key kids learned (via cutesy animations) the nitty gritty of human reproduction.

Dodo was back on the big screen in 1978’s American Hot Wax (as “Louise’s Mom”), in 1980’s The Gong Show Movie (as “Tourist Lady”), and in Ron Howard’s 1984 hit comedy Splash as the Bloomingdale’s sales lady helping mermaid Daryl Hannah to buy clothes.

Dodo moved back to Kansas City in 1985 and did occasional plays, under the name Nora Denney, at the Kansas City Repertory Theatre and the Unicorn Theatre.

In 1995, Hollywood came to Mrs. Denney when the HBO bio-pic of fellow-Missourian Harry Truman filmed locally and she landed the role of the President’s mother.

In 1999, Mrs. Denney, now a widow, moved to the Lake Arrowhead area of the San Bernardino Mountains as she loved wildlife and nature and also wanted to be near her sons.

She settled into her 4 bedroom mountain top home in Crestline CA and beautified the property with her gardening skills. 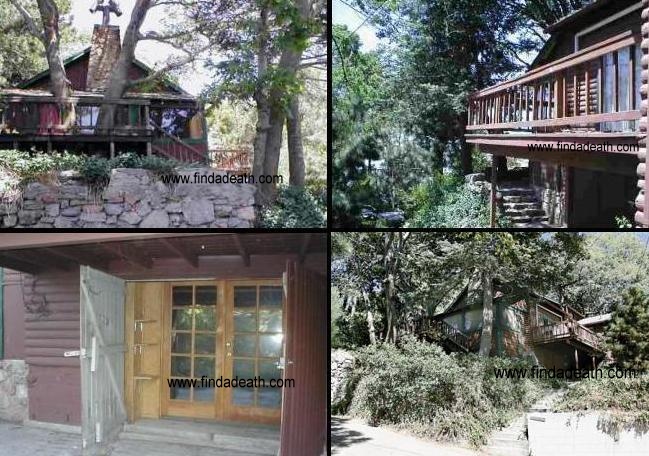 Here is the living room/entry hall. 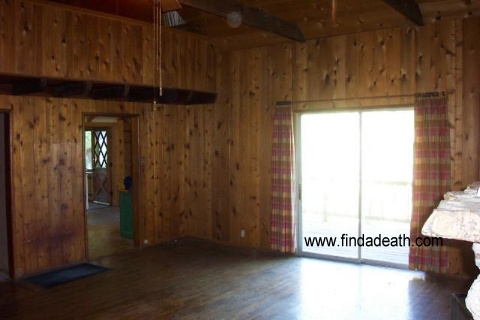 No doubt she spent a some cold winter nights in front of this fireplace in the living room. 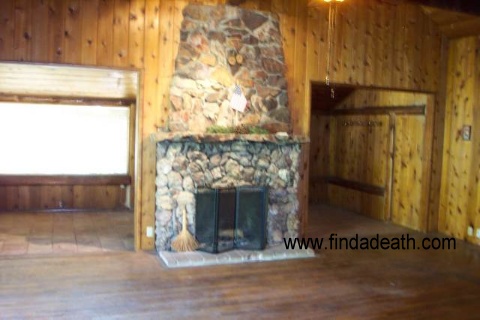 Perhaps whipping up some hot chocolate in the kitchen? 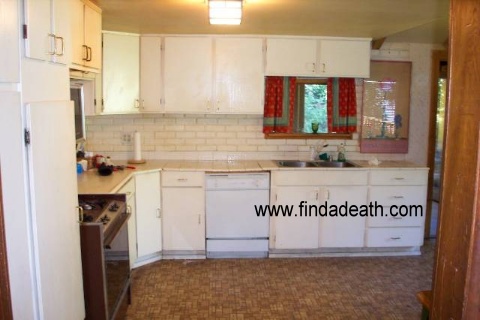 Dodo stayed active in her community and hosted gardening workshops at local parks – as she did on Saturday, August 14th 2004. 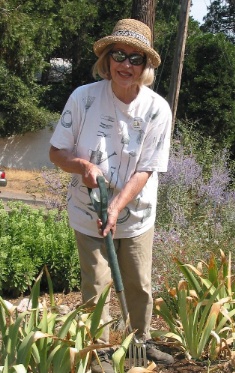 On November 20, 2005 Dodo Denney died at home from cancer at the age of 77. Her son John shared with me that his mother “spent her final days at home in hospice care with me, my wife and son and my brother. A steady stream of friends and admirers came to visit as well. 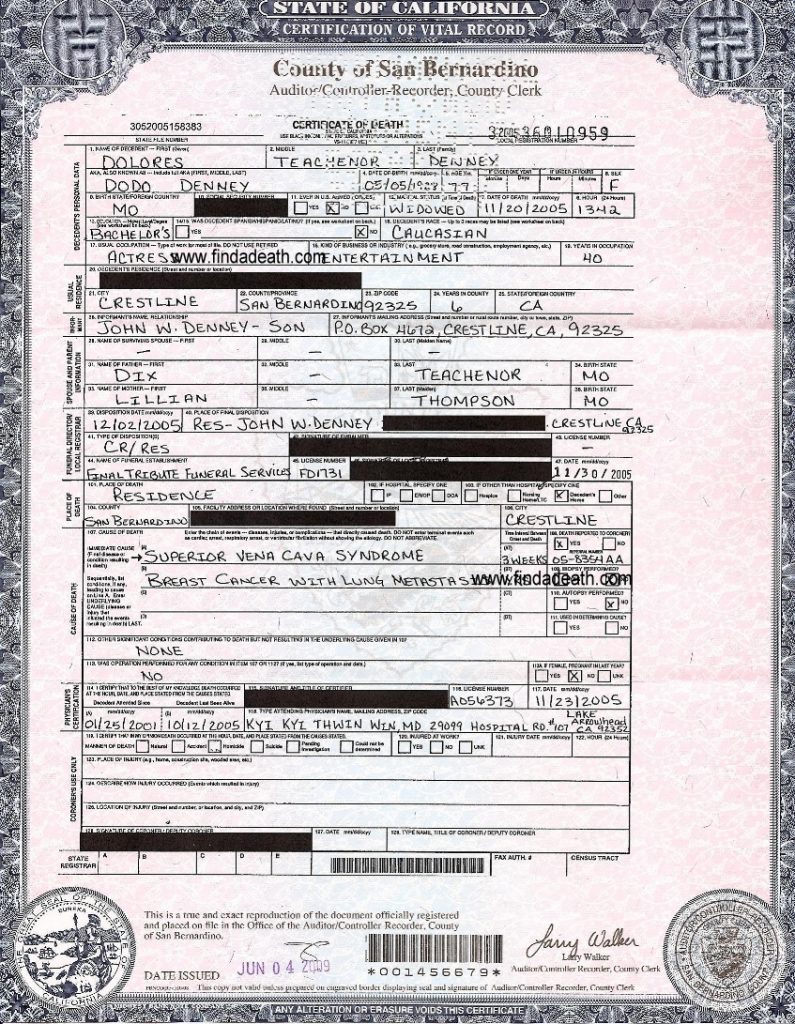 Dodo Denney was cremated and her ashes were given to her sons. A December 2005 obituary written by her family was printed in her hometown’s Kansas City Star newspaper. It concluded with the line: ‘Dodo will be remembered as a woman who loved nature, art, and good humor. We all will miss her.’

Find a Death friend Megan in Chicago sends this:  Just a fun bit for your sweet page on Dodo Denney.  In 1959, she was in a great little (meaning delightfully dated and horribly sexist) industrial management training film called “The Trouble With Women.”

It’s now in the public domain, and you can watch it or download it from The Internet Archive.  Dodo shows up around 2:39 as Myrtle Malloy, a female worker who really bugs her supervisor by daring to 1) be a woman, and 2) ask a question or two.  It’s a hoot.

And if you’re into this sort of thing, the Rifftrax guys (former MST3K members) riff the movie at their site.

Profile by Mark Langlois, Screen Captures by Donna Lethal and
Special Thanks to John Denney.