Dominique Dunne was the daughter of Dominick Dunne, the writer (and friend of everybody). He’s probably most famous for his true crime reports (O.J., The Menendie, Phil Spector) in Vanity Fair, and his “rent a gob” reports on any show that will give him a second of airtime. I liked him. A lot. Although he lives in New York now, he epitomized LA to me. Dominick died in 2009. 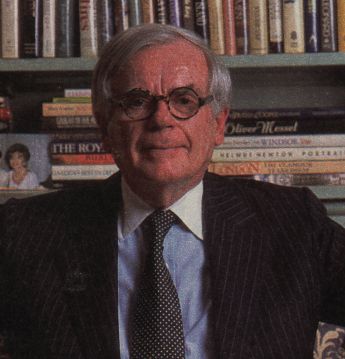 Most people remember Dominique as the older sister in the first Poltergeist film. 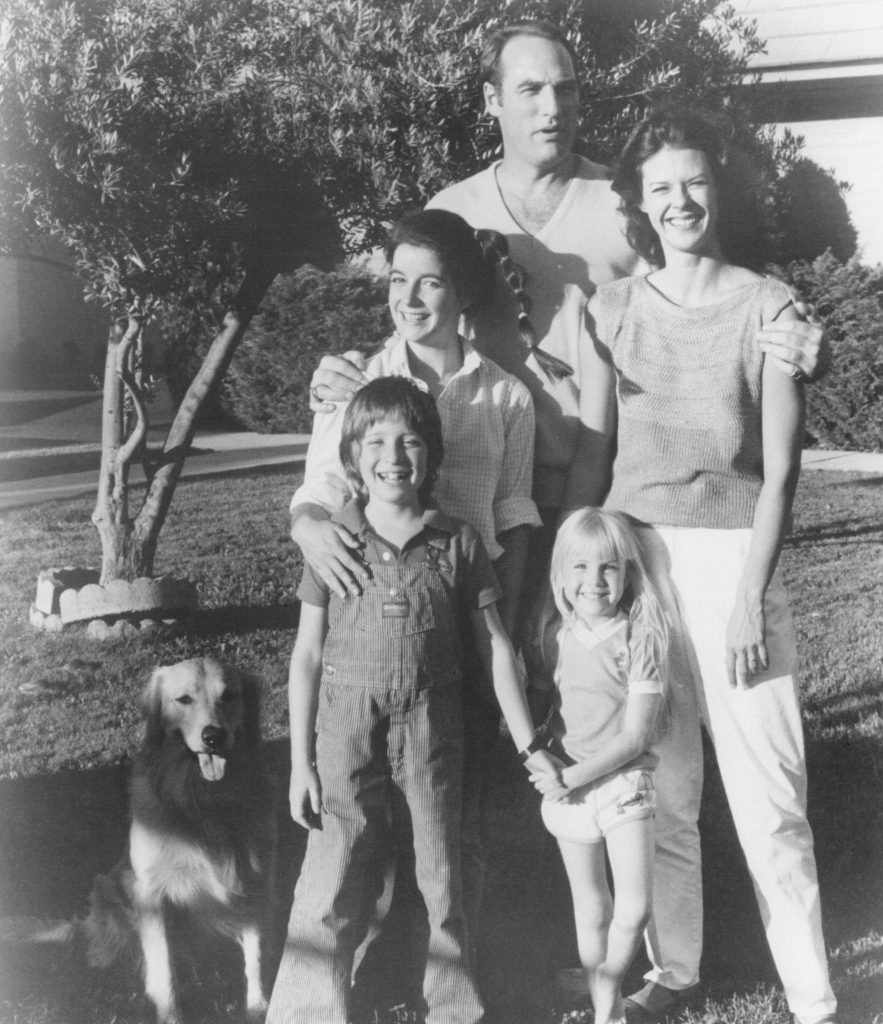 Dominique was living in a sweet home on  Rangely in West Hollywood.  In 1982, she was dating an abusive dick-brained psychopath named John Thomas Sweeney. 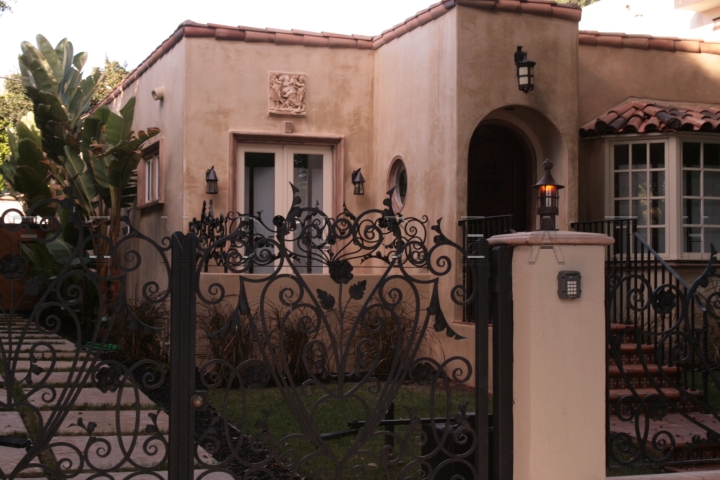 He was a chef at Ma Maison. 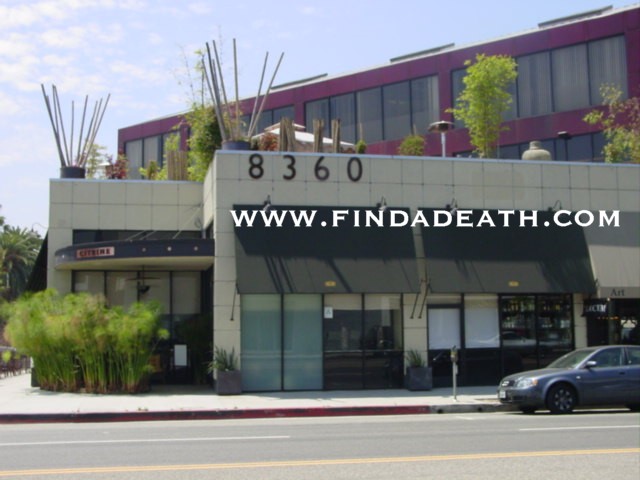 It seems that people were arare that he and Dominique had an abusive relationship. She had enough of his shit, and broke up with him.

He wasn’t having it.

On October 30th, of 1982 – he shows up at her house to attempt reconciliation.

Dominique was rehearsing lines for the show V with an actor named David Packer.  Sweeney comes knock knock knockin’.  Dominique opens the door, tells Packer to stay inside, and she heads out to talk the lunatic down.  While outside – the shit got real.

Now Packer is often blamed for not going to Dominique’s rescue, but how was he to know?  Wasn’t his issue, and none of his business.  Jobeth Williams really threw him under a bus in one of those E! shows.  Ultimately, how was he to know?  Packer was scared shitless of Sweeney and I don’t blame him.  This makes no sense:  Packer called the police but was told that the crime was occurring outside their jurisdiction  This makes no sense.  He made a phone call to a friend saying something like – If I end up dead, the killer is Sweeney. 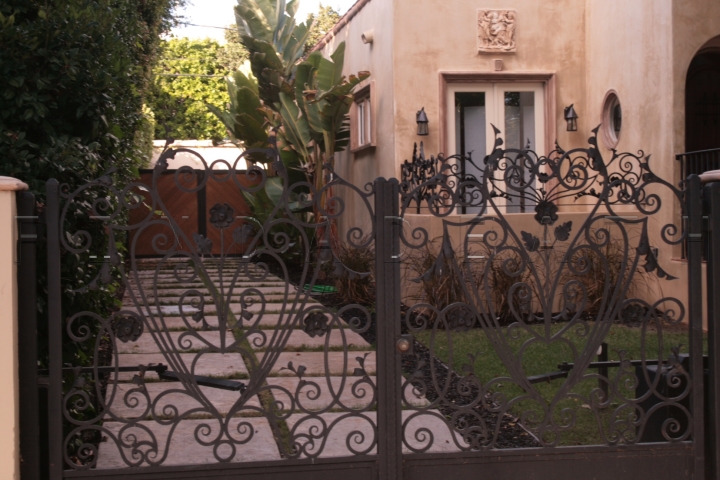 Eventually Packer did open the door and found Sweeney in the driveway kneeling over Dominiques limp body.  After 4.5 minutes of strangling her in her driveway, he looked at Packer and said, “I

Dominique was rushed to Cedars Sinai where she remained in a coma for 6 days.

These images were shown during the trial. 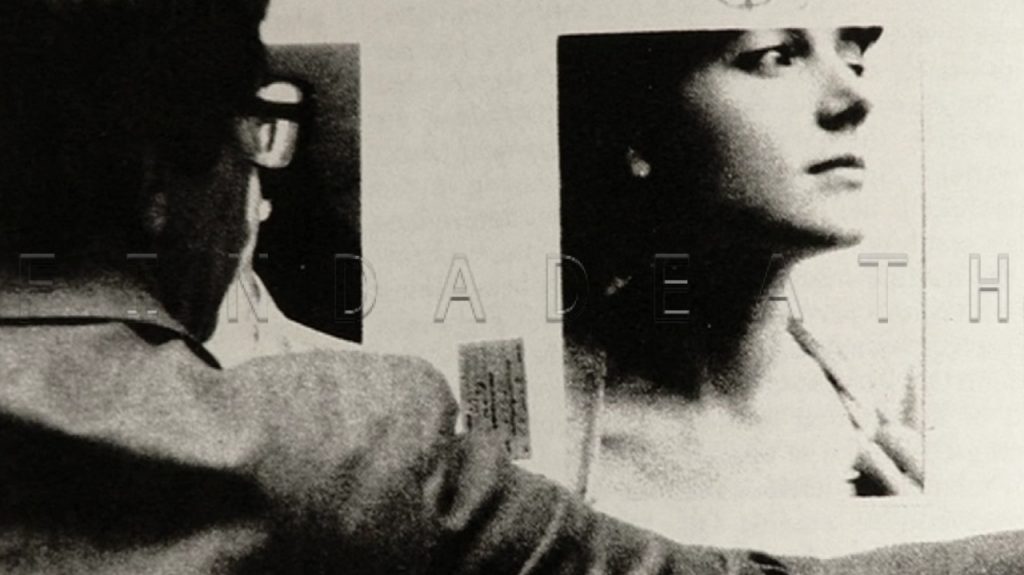 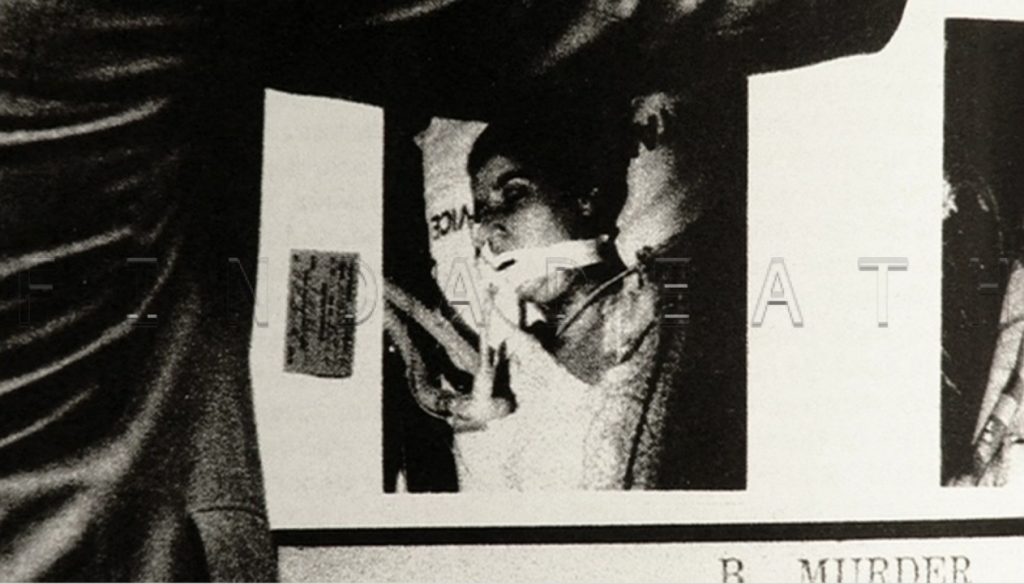 At 11am on November 4, they pulled the plug.  God, she was only 22 years old. Strangulation is listed as the official cause of death.

Her organs were harvested per her mother’s request. 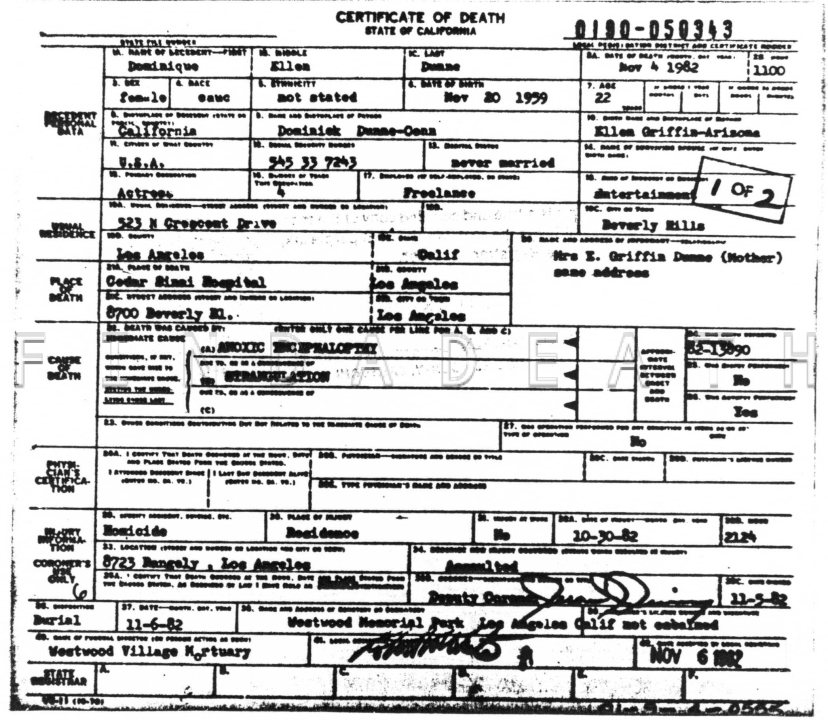 The funeral was held at Westwood Catholic Church.  So many people attended, one person commented, “What did they do, call Universal Casting?” to which Dominique’s pal Gloria Gifford commented, “No, many people loved Dominique.”  Miguel Ferrer was one of the pallbearers.  Carrie Fisher was there.  George Clooney was a friend as well.  George went to acting school with Dominique. 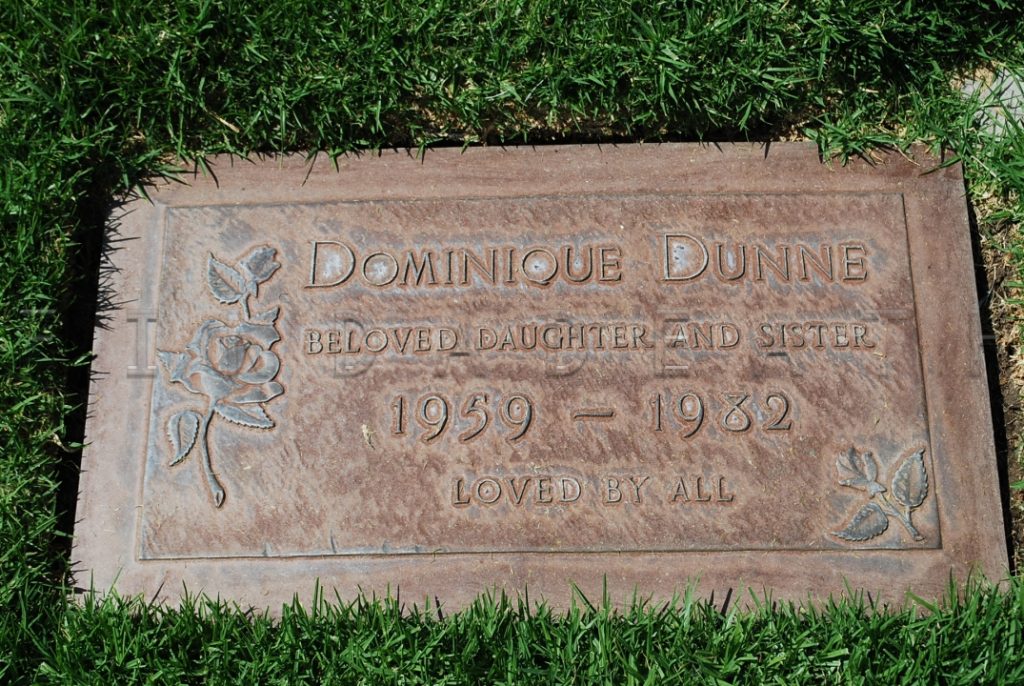 Back to dick-brained Sweeney. So they arrest him, and he confessed.  Open and shut? No way.

He was charged with murder and assault. He attempted suicide with a disposable razor. After a year of trial etc, he was convicted of assault and unintentional manslaughter.  RIIIIIIGHT. He was given a six-year prison sentence. SIX YEARS! I guess being around a dick-brain rubbed off. The poor Dunne family. Again, thanks to Findadeath.com friend Kieran Smith for this info:  Sweeney was sentenced to 6, but was let out in 2 1/2 years.

According to Dominick, Dominique’s father, after the sentencing the Judge Burton Katz thanked the jury on behalf of both families.  Dominick stood up and screamed, “don’t thank them for our family.” and said “you withheld important information from the jury.”  Dominick claims credit for destroying the Judge’s career.

Upon his release, Sweeney now goes by the name John Patrick Maura.  I understand he’s a chef again. 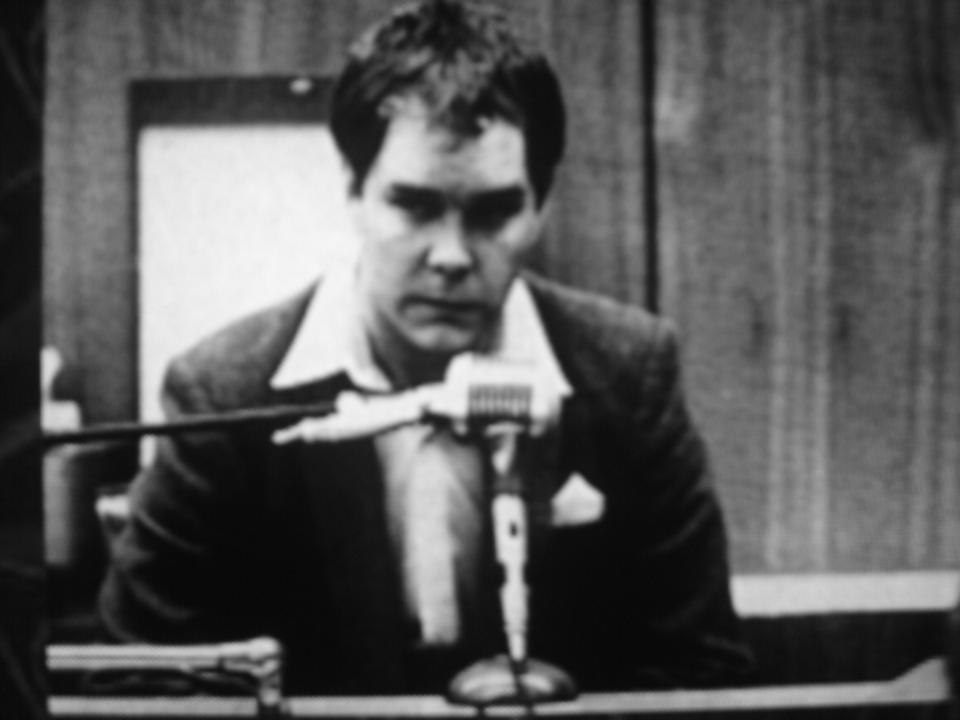 Dominique’s mother set up a grievance support group called, “Justice for Victims of Homicide.”  On the nights that Sweeney worked, Dominique’s brother Griffin and other friends and group members would hand out papers in front of the restaurant that stated, “The hands that will prepare your meal tonight also murdered Dominique Dunne.”  Sweeney was instantly fired and moved to the Northwest.  He changed his name to John Maura.  I hear he is back in LA now.

To learn more about Dominique and her life, go to this website.

Trivia:  George Clooney was deposed at the trial regarding Sweeney’s stalking patterns.