In the book, You’ll Never Make Love in This Town Again, one of the whores named Tiffany talks of her experiences with Simpson as, “An education in pain.” She goes on to describe different scenarios, most involving S&M and bondage and the obligatory video tape. I always thought that those particular deeds are more about psychology than getting off, but then obviously Simpson was well screwed up in the brain.

In his life, he and partner Jerry Bruckheimer were producers of such films as Top Gun, Crimson Tide, Beverly Hills Cop, and Bad Boys. Without a doubt, between them, they were the very successful, and the world would continue to be at their feet, if they kept it up. They couldn’t. Days of Thunder being a great example.

His appetite for illegal drugs and illicit sex were legendary. He had a passion for plastic surgery as well, having at least 10 operations, including Collagen in the lips, cheeks and chin, Forehead lift, eyebrow, liposuction on his belly, and fat injected in his penis. Lovely. 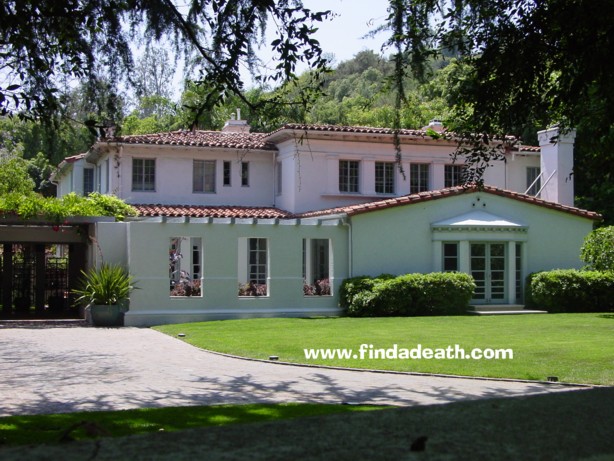 He was reading the Oliver Stone biography. He was only 52 years old.

Here’s the house, and here’s the mailbox. 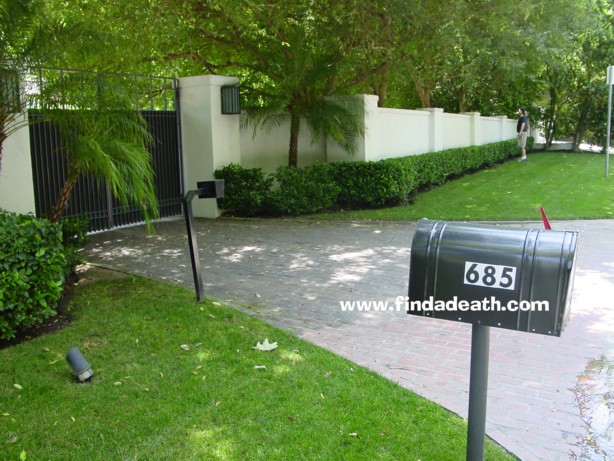 You can almost hear the whores whispering “jesus…” as they passed through the gates,  knowing exactly what kind of time they were in for. 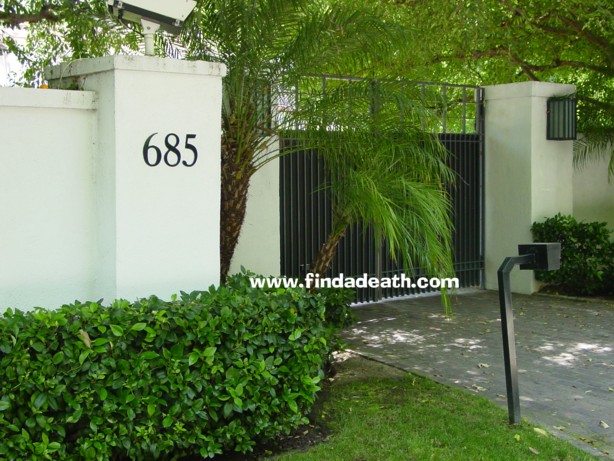 With the announcement of his death, the coroner issued a statement, “there were no drugs around, no drug paraphernalia, nothing to show any drugs were involved.” Riiiiiight.

In his body were the following drugs: Toradol, Librium, Ativan, Valium, Depakote, Thorazine, Cogentin, Vistaril, and Lorazepam. There were also 19 others, including morphine. His monthly prescription bill was in excess of 60,000 dollars a month. With his booze and coke habit at all, its apparent the Don was not a fussy eater.

Michael Eisner, his former boss at Paramount, and now head of Disney, was notified and responded with, “I’ve been waiting for this call for 20 years.”

The official cause of death was:  Combined effects of multiple drug intake. 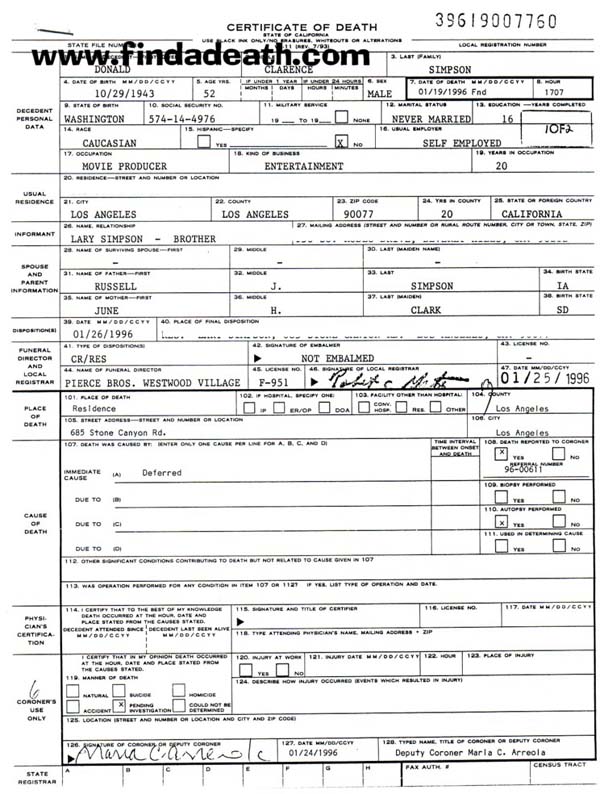 There was a memorial for him at Morton’s. Warren Beatty, Michelle Pfeiffer, Don Johnson, Nick Nolte, Richard Dreyfuss and Will Smith, and others were in attendance.  We loved him.  He was fabulous.

Don was cremated at Westwood Memorial Park, and his ashes were given to his family.  If they wanted to be appropriate, someone should have taken a credit card, and divided him evenly amongst family members, but secretly keeping the larger portion for themselves.

Thanks to my pals at www.celebritycollectables.com, I received my report of Don’s estate. He was worth a little over 10 million. Lots of stocks, and of course the obligatory people eeking out of the woodwork to claim something from the corpse. Interesting stuff in there.

Thanks to Mike Steen for the death certificate, and please get Mike’s book. Its a must for any serious Death Hag.