If I were white, I could capture the world.
If one person in a thousand criticized me while all the others cheered, I didn’t hear the cheers.
I can’t play a slave.
Somehow, people just like to look at me.
Show More Quotes
Show less

Steve Goldstein is the man responsible for the photographs in this story. He’s been a great contributor to Findadeath.com. For that shot of the inside of the apartment, we owe him big time. Nerves of steel, Steve. Thanks.

Dorothy was it. She was beautiful, she could sing, and she could act. Failed relationships, a disabled daughter and racism had all taken a toll on her. By 1965, she had money problems, and an intimate relationship with pills and alcohol. 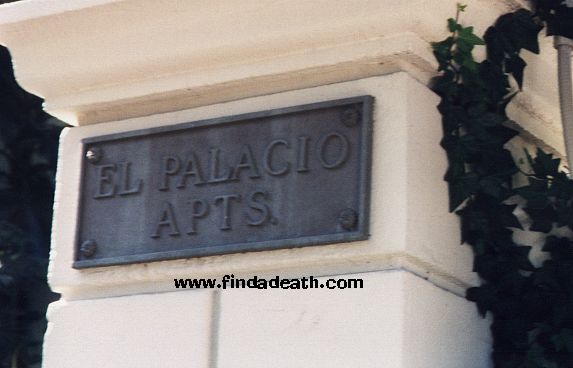 at 8495 Fountain Avenue, in apartment D2. Here’s her window, from the outside. 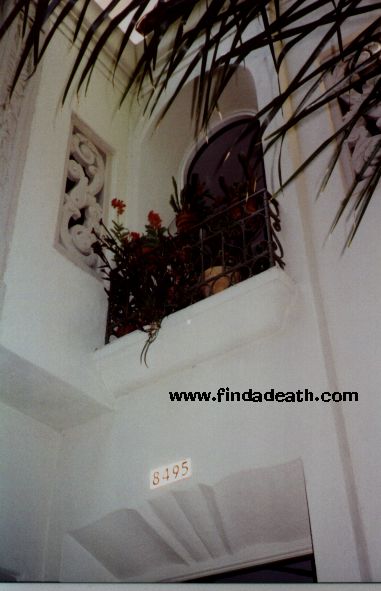 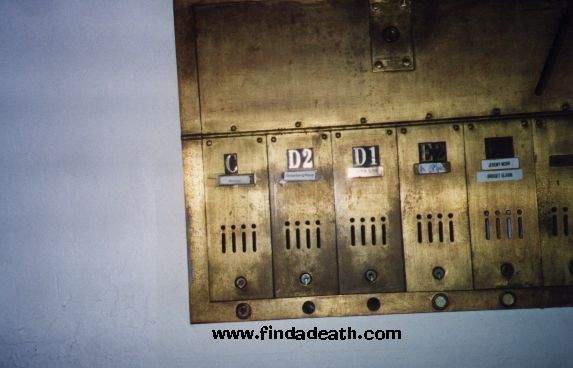 On September 8, 1965, her manager Earl Mills arrived at her apartment to help her pack for a comeback engagement in New York City. When she failed to answer the door, he used his key, but the chain was on the door. He shut the door, and left for a couple of hours.

Upon his return, the door was still chained. He went to his car and got the tire iron out, and used it to break the chain. He went inside and searched the apartment, calling out for her. He got to the bathroom and found Dorothy lying on the floor. She was wearing a blue scarf on her head, a bit of makeup, and nothing else. He touched her face, and knew she was dead. He called her physician and an ambulance. She was 42 years old. 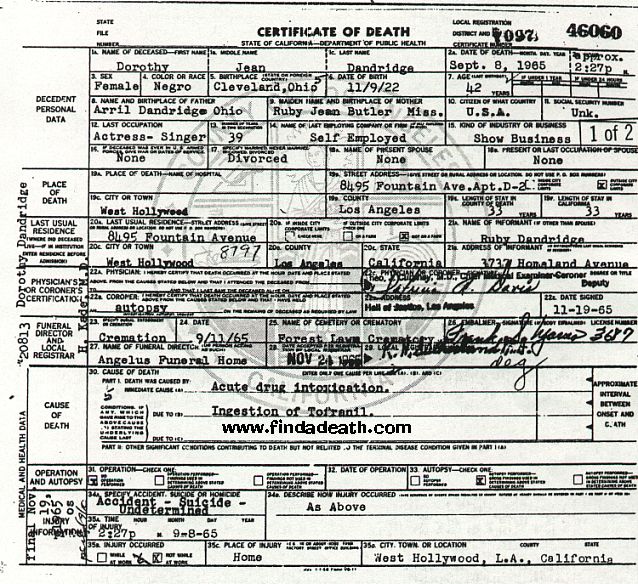 Sheriff’s deputies carried Dorothy’s body from the apartment on a stretcher, along with what the scene looks like today.

Strangely, a few months before she died, Dorothy gave a note to her manager in an envelope marked, “To Whomsoever Discovers Me After Death – Important.” The hand-written note on the inside read, “In case of my death – to whomever discovers it – Don’t remove anything I have on – scarf, gown or underwear – Cremate me right away – If I have anything, money, furniture, give to my mother Ruby Dandridge – She will know what do to.

Dorothy’s body was taken to the coroner’s office for an autopsy, 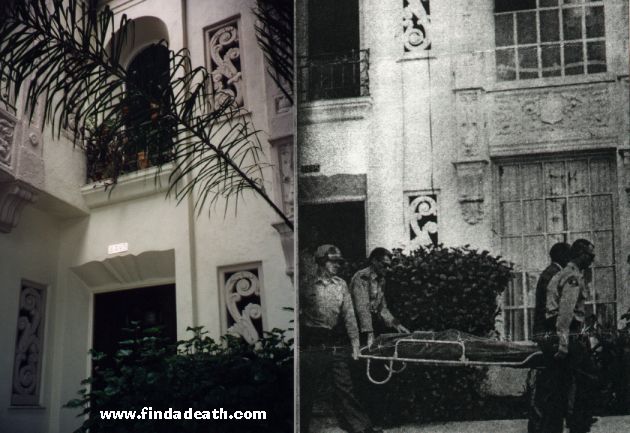 and later she was embalmed at the Angelus Funeral Home at 3875 Crenshaw, and dressed in a cream-colored lace gown with a matching scarf. She was put into a polished walnut casket, which remained closed.

Her final journey was to Forest Lawn, Glendale, for cremation and interment. There was a service in the Little Church of the Flowers, 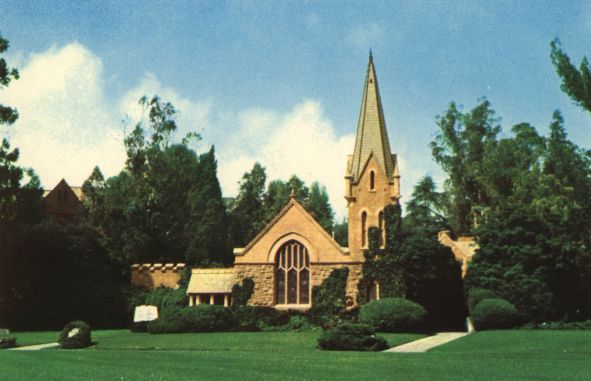 Icky Peter Lawford (he and Dorothy were close friends) was supposed to speak, but was too overcome by emotion. The service lasted only fifteen minutes. Afterward, she was cremated and stuck in a wall in the Freedom Mausoleum.

One thought on “Dorothy Dandridge”