Marilyn found relief in death.  It was a sort of liberation for her.

Someone wrote me recently and asked why I referred to Peter Lawford somewhere on Findadeath as icky. I couldn’t remember exactly, but something about him left a bad taste in my mouth. Not just the Marilyn/JFK business, but something else. Then I found this section from Peter’s biography, and was reminded of one reason.

…however he solved this need through a purchase at that Pleasure Chest, a store selling everything from sexually oriented magazines to a wide variety of sex toys.  One of these was a product called Acujack.

This new relationship was almost as disgusting as his women, except that it looked ridiculous.  After several months of listening to that motor whirr far into the night, I threw the machine out with the trash, hoping it would be gone before Peter awakened.  Unfortunately, he discovered it missing before the garbage collectors arrived and he was able to retrieve it.

There was an accident on the freeway when a man used an Acujack he had plugged into his cigarette lighter.  When he reaches orgasm, the machine short-circuited, electrocuting him and causing the car to go out of control.  It crashed into a pole. He was killed instantly, and I showed Peter that his “friend” could be deadly. Unfortunately, he continued using it the rest of his life.

However, Peter for a brief time was amongst the coolest of the cool. The Rat Pack. Though only a token member. He did introduce (pimped out = Marilyn Monroe to JFK – Lawford used to be married to JFK’s sister), and supposedly they got it on in  Peter’s Malibu home. 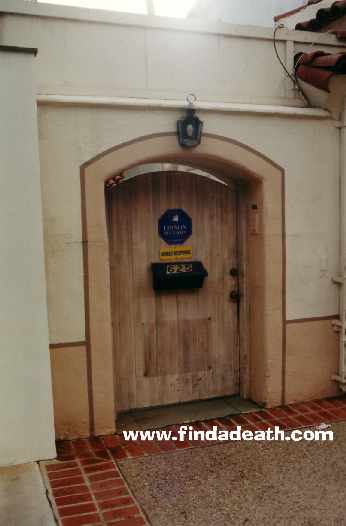 Couldn’t really see much, but I did manage a peek over the wall. 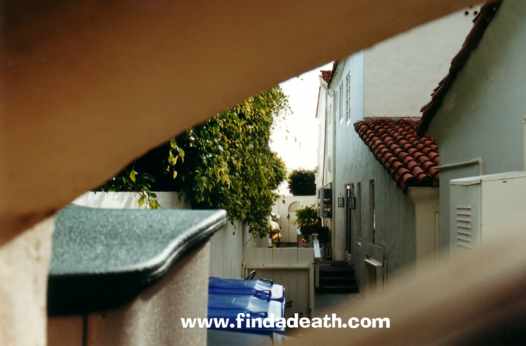 By far, his greatest achievement would be to guest on an episode of Bewitched, with Serena. 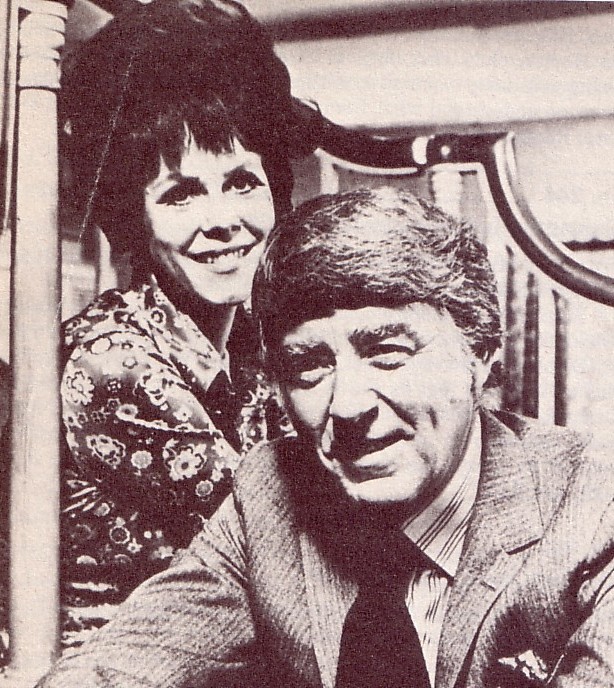 By the way, Peter’s mother used to dress him in girls clothes when he was a kid, which probably contributed a great deal to the way he turned out.

At the end of his life, Peter was living in a modest apartment just off Fountain, in West Hollywood. 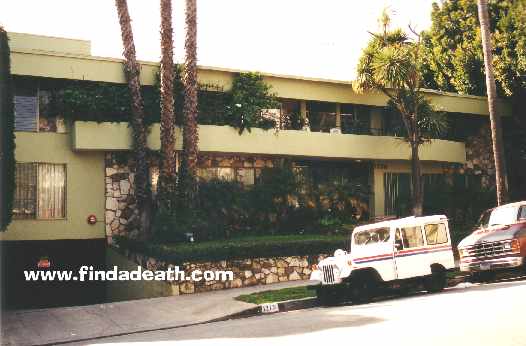 Apparently he had a stalker that used to hang out in front of this door. 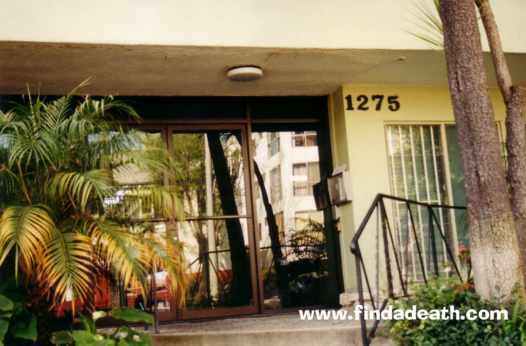 He was living here with his last wife, Patricia Seaton Lawford. This chick was a trip. He met her at the private club called On the Rox, above The Roxy, on Sunset. 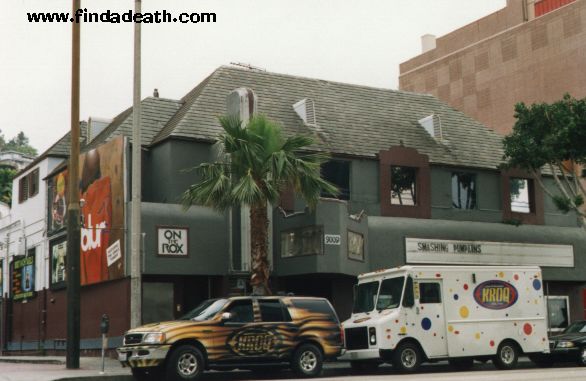 She moved in 3 days later. Their relationship seems pretty foggy. Just filled with drunken, drug filled times and many sexual trysts, with and without each other. She gets graphic in the book, obviously from the link above.

She allegedly tried to get away from Peter, and Sinatra called her back, saying that Lawford was in a big bad way. She returned, and Peter wasn’t washing or shaving, the place was a pit, and the cats were shitting everywhere. Lovely. They decided to get married (who wouldn’t??) and were going to fly to Barbados to get hitched, but he collapsed and ended up in the hospital, and he circles the drain for quite some time.

He died on Christmas Eve. 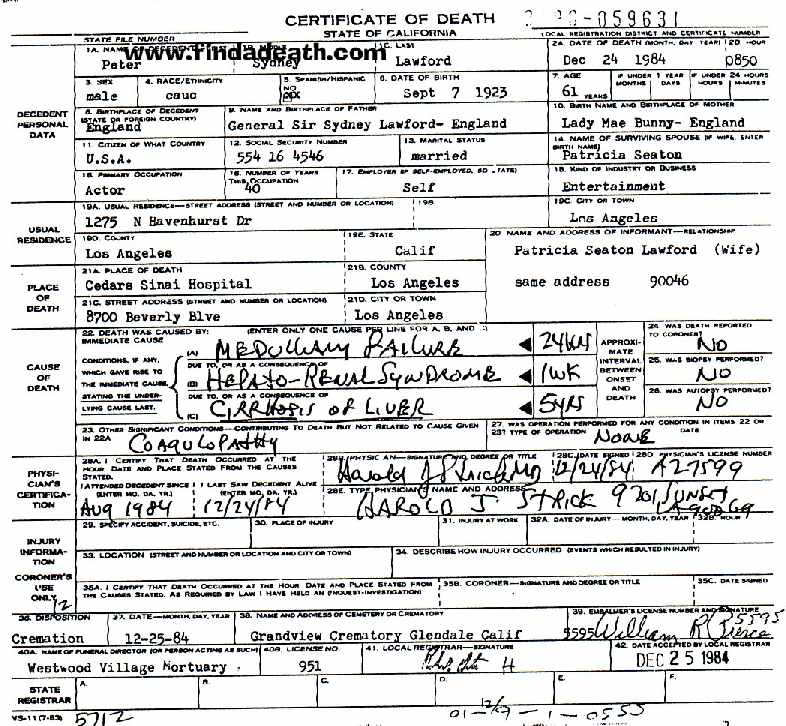 On the 26th, there was a memorial service.

Ok, this is good.  I’m reading a bit more of this book as I write this.  After Peter dies, she gets a phone call from Jackie O.  “She was kind, gentle and understanding of the horror that I had witnessed.  She had undoubtedly arranged with the hospital to be called at the moment of Peter’s death, for she apparently knew about the nightmare of blood passing through his body.  She mentioned the fact that when her husband was assassinated she had held bits of his brain in her hand.  And for a moment, we were two women, united in grief, who shared the experience of the disintegration of the men we loved.”  Riiiiiiiight.  Think THAT conversation really happened?  Uh uh.  I don’t buy it.  Jackie going to this moron about the thing in Dallas?  Nope.  Don’t think so.

So, there he sits, in Westwood Memorial Park, resting quietly.  The wife gets the itch to write a tell all.  In fairness, its a pretty good dish.  For publicity, she releases the statement that the Kennedy’s never paid for the funeral, and the cemetery was throwing Lawford out.  Not true.  I mean, the fact that there was a balance outstanding was true, but the cemetery never threatened to throw him out.  With the launch of the book in sight, she accepts payment from the National Enquirer to have Lawford exhumed, and scattered over the ocean. 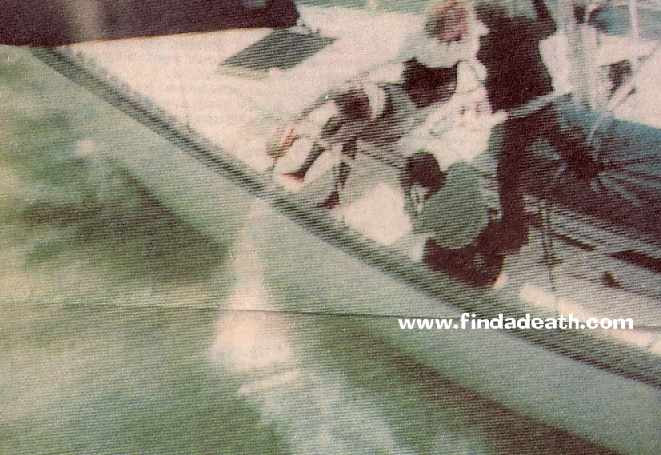 Her book is released about 6 months later, but quickly disappeared.  I’d get it if I were you, if you are remotely interested.  It’s a read.  Tacky, but a read.  Heh, says me. For example: (Added Feb 2015)

The new relationship was almost as disgusting as his women, except it looked ridiculous. After several months of listening to that motor whirr far into the night, I threw the machine out with the trash, hoping it would be gone before Peter awakened. Unfortunately, he discovered it before the garbage collectors arrived and he was able to retrieve it.

He continued using it for the rest of his life.

For as famous as the Acujack was, it’s difficult to find a photograph of one. This is the best, but not really. 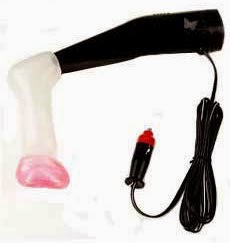 There is another story that Peter’s ashes were actually split in two to begin with, and his old buddies, whomever they were, had scattered them previously.  I don’t know if that’s true, but there ya are.

After Lawford was exhumed, Westwood was using the crypt as a temporary holding space, and as far as I know, the most famous person housed there temporarily, was Jack Lemmon.

He had an affair with Rita Hayworth, and said she was worst lay in the world, and Nancy Reagan gave the best head in Hollywood.

My buddies at Celebrity Archives came thru again, sending me Peter’s will.  Great read, starting with Peter very amusingly writing, “To Whom it May Concern, as they say in the movies, being of sound mind and body…”

Interestingly, Hugh Hefner had a claim on Peter’s estate.  Apparently Hugh gave Peter a check for 10 grand, as an advance on Peter’s autobiography. 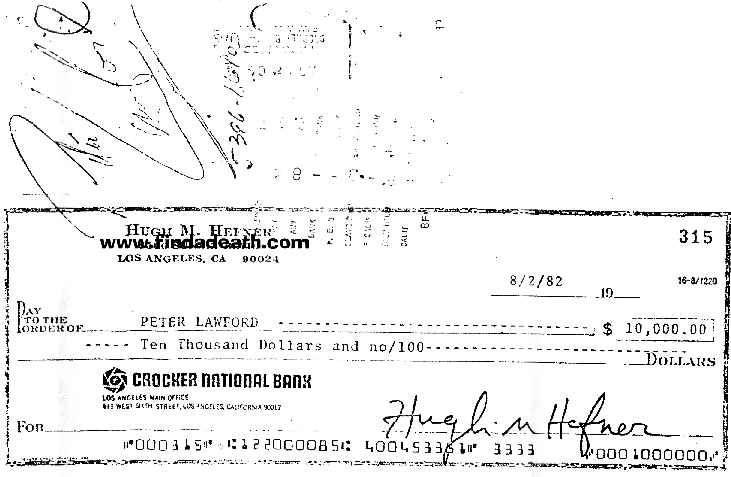 The book never happened, and of course Hugh wanted his dosh back.  Great information as usual.  Thanks guys.

This just in, from Findadeath friend Caedmon Morant:

Hi Scott.  Hope you’ll have had a good Xmas and New Year by the time you read this.
If you want a really good, and more reliable read about Lawford, try to find James Spada’s Peter Lawford: The Man Who Kept the Secrets.  I’m looking at it right now from across the room, where it rests in my bookcase.  I picked it up at our church’s Xmas bazaar one year for 50 cents, and let me tell you, it’s worth every penny.  Seriously, it’s well-researched and respectfully but honestly written, and I guarantee that you’ll have at least a bit more sympathy for the poor bugger once you read about his mother. Dressing P. in girls’ clothes was the least of it.  This was literally the mother from hell.  And I think she was proud of it.  She released an autobiography before she died.  Title?  Bitch! No foolin’.
Yeesh.  Sad all ’round.  Think I’ll take a shower.

Thanks for the info, Caedmon!

Update February 2015: Findadeath devotee Audrey in Arkieland sent this to us. 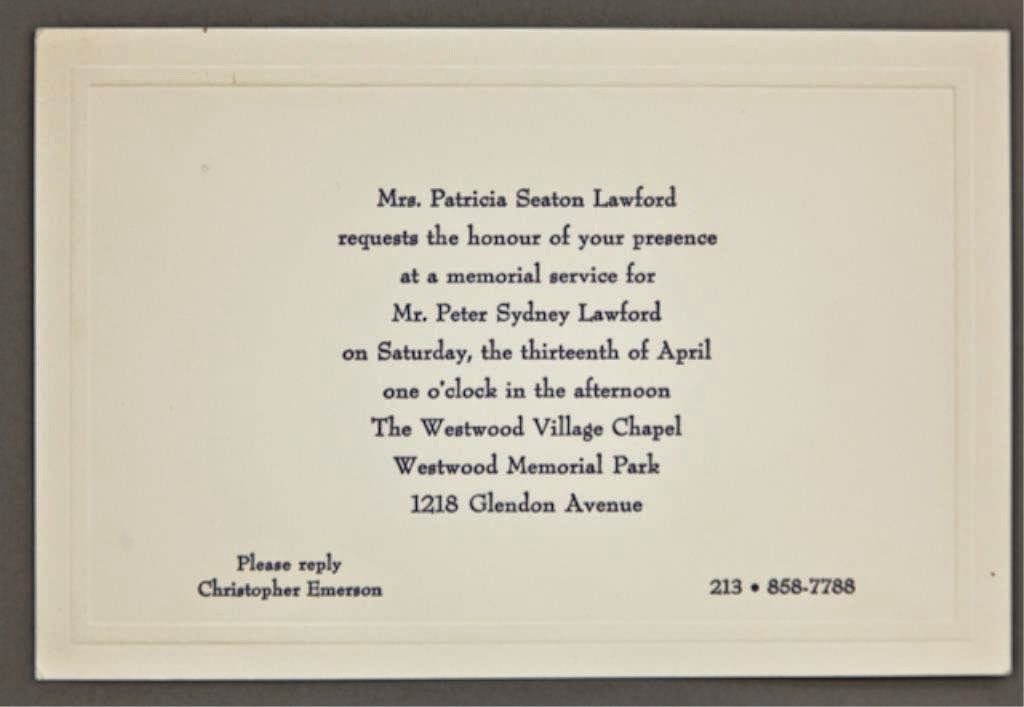 Audrey also found this article about Lawford being too “overcome” to attend the Dorothy Dandridge funeral, but spent 15 bucks on flowers. Sorted. 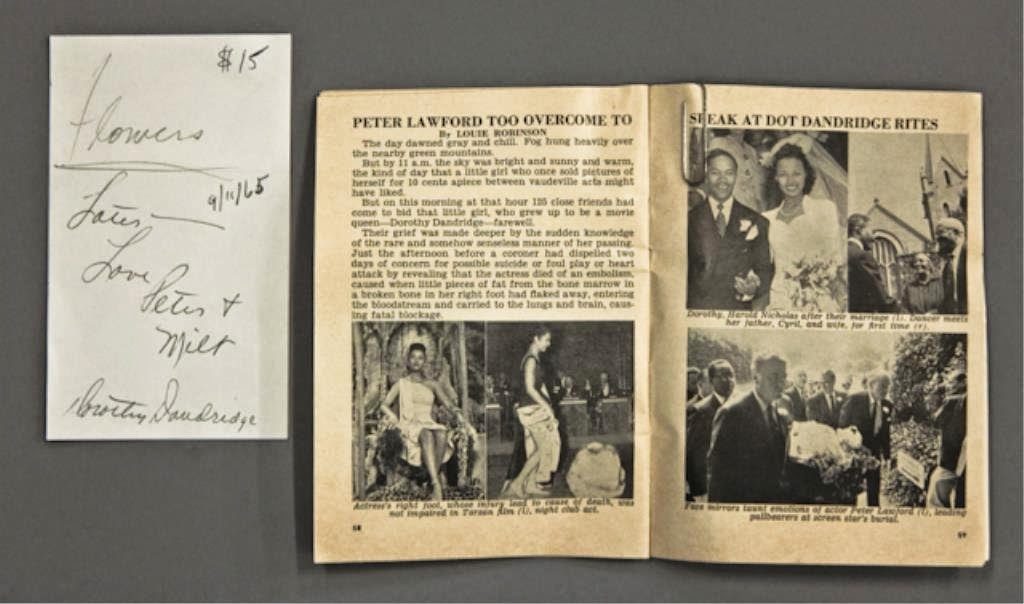