It’s good to have a manager who shares your interest, or goals. You can presumably trust a husband. I don’t know if it’s the best way to work. I really shouldn’t discuss this.
Looks are temporary and don’t mirror what’s inside. And usually, a great looking man is so vain. Maybe most good-looking women are too. I hope I’m not!
I think I had a more European outlook about the body and sex. The body is in no way dirty, and sex is something beautiful to give to and share with a lover. It has nothing to do with promiscuity, because I only believe in being in love with one man at a time.
I don’t think a powerful man would be interesting unless he’d be nice, attractive, with or without the power. Men are interested in powerful men. Women are interested in terrific men!
I think if you work as an actress and are supposed as a character to be in love with some actor, then to some extent you do have to be in love with him.
In a way, I’m like Will Rogers, never having met a man I really disliked. I’m not a vamp. I just like men.
If someone’s going to talk about me, I’d want it to be positively. The way many write, you’d think only bad things were interesting. If we don’t think positive, what’s the use? It’s a lot more fun, you know.
I can honestly, and proudly, say that I never was on the casting couch. Oh, of course there have been advances from certain men in the movie industry, but nothing overwhelming.
Show More Quotes
Show less

The Murder of Dorothy Stratten

Dorothy was 20, and her husband Paul Snider was 29. She was a hot hot hot Playboy model/actress, and he was a sleaze bag loser.  They met in their native Canada, and married in Las Vegas in June of 1979. 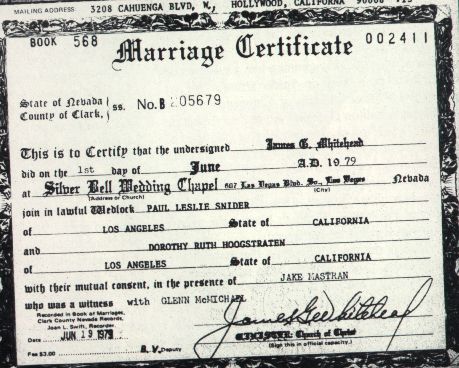 Snider was obsessed with Dorothy and her career. He forbade her to drink coffee, because it would stain her teeth, and he supposedly poisoned her pet dog because he was jealous of it. It eventually caused their relationship to deteriorate, and by August of 1980 they were separated, pending a divorce.

Snider hired a private investigator to follow Dorothy around, because he was insane.

Dorothy moved into Bogdonovich’s Bel Air home. Snider was sharing an apartment with a friend, Dr. Stephen A. Cushner, M.D. Originally, Dorothy and Paul lived in the apartment together, but she moved out. Cushner stayed upstairs. 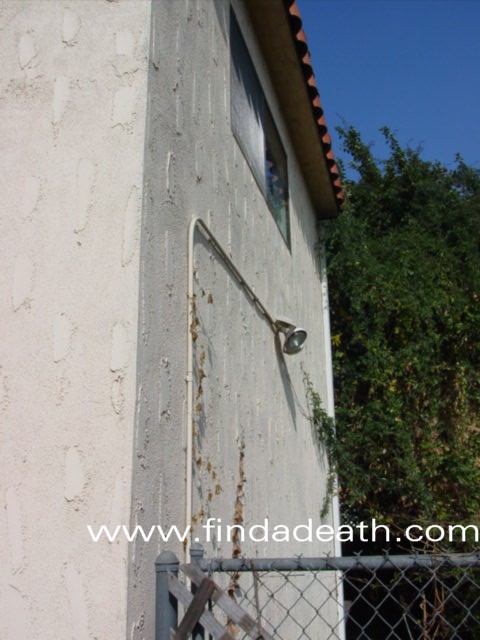 and Paul had the suite that he and Dorothy used to share, on the ground floor next to the garage. I honestly cannot figure this out, but there were two other women living in that apartment as well.  They probably had barbecues here. 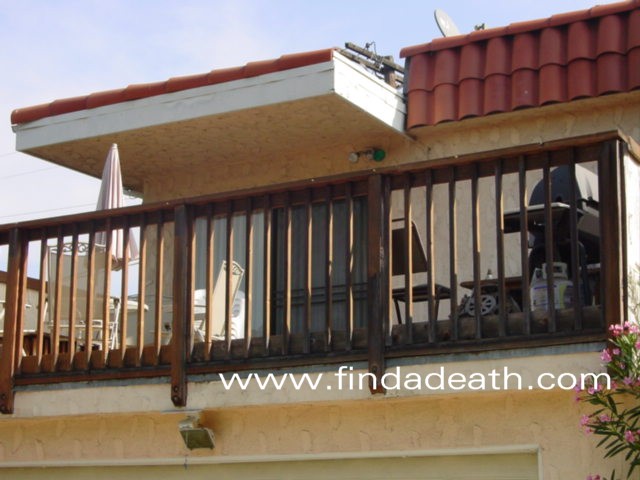 Paul was a fanatical “get rich quick” kind of guy. He once took to making weight benches, and with the scraps made a bondage bench he was hoping to market. He was inspired when visiting The Pleasure Chest, a sex shop in LA. The Pleasure Chest opted not to buy the bench, and it stood in a corner of his bedroom for months.  Funny that The Pleasure Chest drew the line there.

On the morning of August 14th, 1980, Dorothy agreed to meet Snider at the apartment, and showed up just after noon. 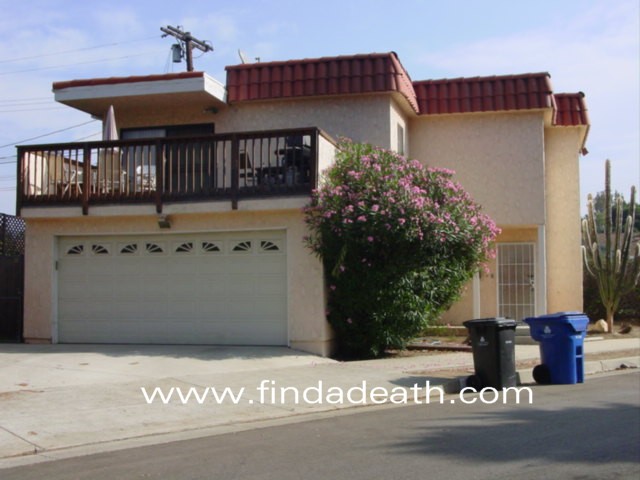 She was wearing flats and slacks, carrying a big zippered handbag. She had withdrawn $1000 in cash to give to Snider, and hoped to settle her split from him, once and for all. At 12:30, the private investigator called Paul, and Paul told him that “everything was going fine.” Whatever.

At 5 in the afternoon, the two female occupants of the apartment came home 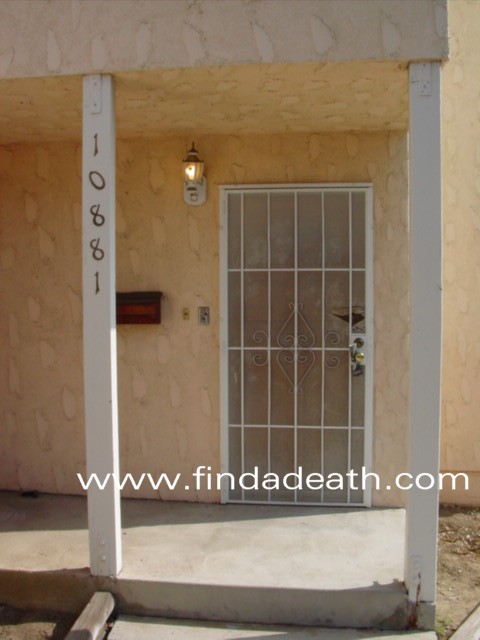 and noticed the two vehicles (Dorothy’s and Paul’s) in the driveway.

They saw that Paul’s door was closed, and they heard no sounds. They assumed that Paul and Dorothy wanted privacy. At 6:00 they watched the news, and then went out to eat. At around 7, Dr. Cushner came home and he too decided to give them privacy. At 8, the women returned home. At around 11, the investigator called the Doctor on his private line (no one was answering Snider’s phone, and it was continually ringing), and suggested they take a peek into the room. Boy oh boy did they get a surprise. They called the cops.

Cops arrived at 12:30am. They found Dorothy lying across the end of a low waterbed. Get this: she had black ants crawling all over her. Wild, eh? They found a bullet hole from a 12-gauge Mossberg shotgun (that Snider had bought from and ad in a local newspaper) on her cheek, blood on the walls and curtains, and she was missing the tip of her left index finger.

No one knows for sure what transpired during their meeting, but blonde hair was found in Snider’s fists. The only scenario that makes sense, was that Dorothy was sitting on a corner of the bed when Snider put the gun up to her cheek. She tried to shield her face with her left hand, thus destroying her left index finger when Snider pulled the trigger. A half an hour later, Snider turned the gun on himself, and fell on top of the shotgun. Kinda makes you wonder what he did for 30 minutes. No wait, I don’t want to know. There were bloody handprints on Dorothy’s buttocks. Oh yeah, Paul had ants crawling all over him too.

Near Dorothy, was the “love seat.” According to police, it was set in a position for “possible rear entry intercourse.” There was evidence that the seat had been used, and she had been fastened to it with medical tape. 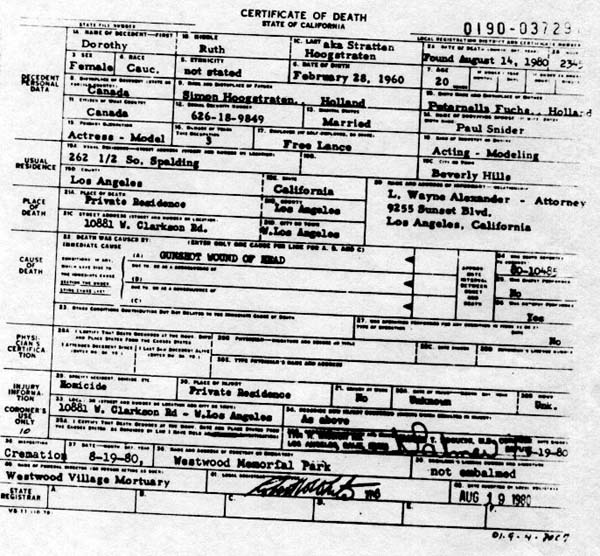 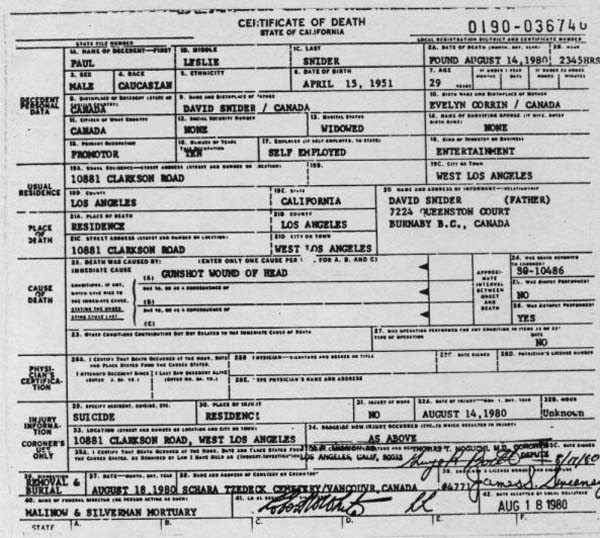 Dorothy was cremated and buried on August 19th, at Westwood Memorial Park. I thought it was Peter Bogdonovich who penned the insane epitaph for her tombstone, but Findadeath.com friend, Todd Dale, informed me that it is from the novel, “A Farewell To Arms,” by Hemingway.  As for Bogdonovich,  he married Dorothy’s sister a couple of years later. Psycho.

Dorothy is buried in Westwood Cemetery.

Snider’s body was handled by Malinow and Silverman funeral home (pointed out by Findadeath.com friend, Joe Blodgett, as the funeral home that handled 2 of the 3 Stooges) and was buried in Schara Tzedeck Cemetery, in Vancouver.

More: There was a film made about the murder/suicide. Its called Star 80, and bizarrely it was filmed in the actual apartment on Clarkson. I’d love to see that again.  My buddy Cayley made sure I did, and sent me the DVD.  Wild movie, wild story.  You couldn’t make it up.  Thanks Cayley!

Interesting irony, thanks to Findadeath.com friend, Joe, that the Hemingway connection extends to Dorothy even further.  It was Hemingway’s granddaughter, Mariel, who played Dorothy in Star 80.  Thanks, Joe!  Thanks Mark Langlois for the pic of Mariel as Dorothy. 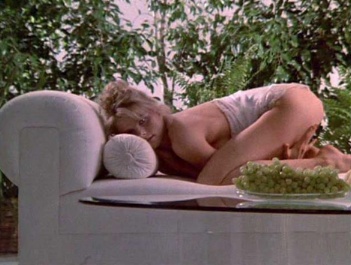 March 2002: Even more from Findadeath.com friend, Bill Murray (no.):  I remember seeing a gag-ad in Hustler magazine back around the time of the Dorothy Stratton murder. It was a making fun of the ads that ran in Playboy magazine with the tag line… “What kind of a man reads Playboy?”. The accompanying photo in the gag-ad depicted the crime scene in pretty graphic detail. I wonder if you could track this down. It would be a great addition to your page, that is of course unless there were any copyright issues. Anyway, I’d be interested in seeing that again if you happen to find it in somebody’s collection of old Hustler magazines.

OK everyone, there’s your project!  Thanks Bill.

May 07 Courtesy of Find a Death friend, Bryan Johnson- Now this is gross, and if you are easily grossed out or offended by gory stuff, please do not look at this picture. Here is the Hustler ad in all is gory glory.  Thank you Bryan. 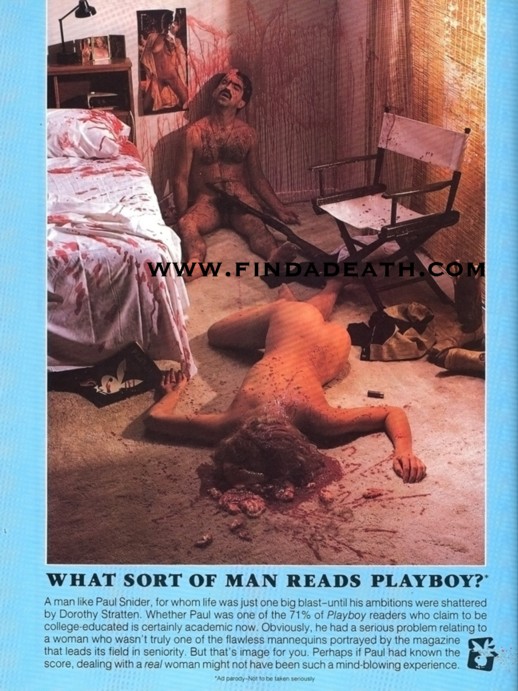 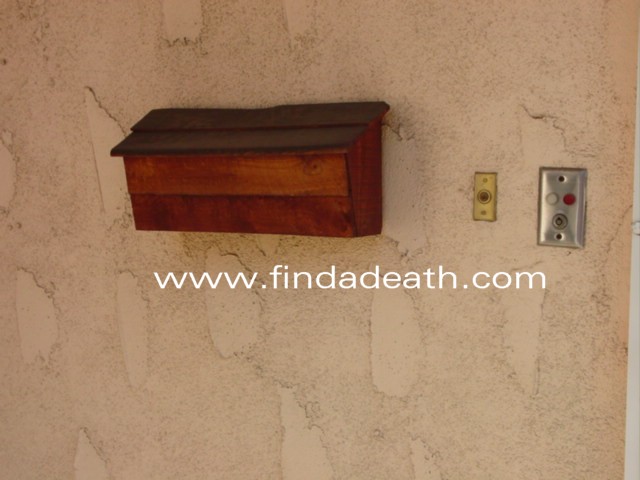 For more information on Dorothy, go to this website.

To discuss Dorothy and her murder, check out the Find a Death Forum.