You’re a hooker? Jesus, I forgot! I just thought I was doing GREAT with you!
The best car safety device is a rear-view mirror with a cop in it.
I certainly did feel inferior. Because of class. Because of strength. Because of height. I guess if I’d been able to hit somebody in the nose, I wouldn’t have been a comic.
I am trapped in this body, and there is nothing I can do about it.
I haven’t had that many women – only as many as I could lay my hands on.
I’m always looking for meaningful one-night stands.
Show More Quotes
Show less

In America, Dudley Moore rose to fame in the films Foul Play with Chevy Chase and Goldie Hawn, 10 with Bo Derek, and Arthur with Liza Minnelli. It was his role as Arthur that earned him a Best Actor nomination. He also starred in the forgettable TV shows Daddy’s Girls and Dudley. In Britain he was famous for much longer, working with Peter Sellers and being the comedy partner of Peter Cook. There is plenty of info about his career at the imdb.

Duds was born in Dagenham, Essex, in the UK. My buddy Ryan lives near there and promised us photographs of Dudley’s birth house. So we’ll wait for those. Obviously.

In 1995, Barbara Streisand fired Dudley from the film The Mirror has Two Faces, for having trouble remembering his lines. Bitch. I hope she feels like shit now. It was very devastating for Dudley. Rumors circulated that he had become Arthur in real life. It would turn out to be something much worse.

In September of 1997, Duds had open-heart surgery. He suffered four strokes, and doctors noticed a build up of calcium on his brain, an irreversible condition worsened by drugs and alcohol abuse. Doctors said that there was no likelihood of recovery. The condition was called Progressive Supranuclear Palsy (PSP).

In June of ’98, his estranged wife Nicole Rothschild announced that Dudley had lost the will to live. She also said that she was dropping her alimony claim, because she “didn’t want to be the reason he goes over the edge.” Picture of generosity, she is.

In November of 1998, he took to the stage in Philadelphia with Julie Andrews, to recite poetry. Apparently Moore struggled at first, but completed his half-hour well.

In 1999, in an interview with Barbara Walters, Dudley came clean and revealed to the world that he was suffering from PSP. PSP is a rare disorder similar to Parkinson’s disease that attacks the brain cells and causes sufferers to lose their sense of balance. It also affects eyesight and motor skills. There is no cure or treatment for PSP. He told Walters, “I am trapped in this body, and there is nothing I can do about it.” He also said that he missed playing the piano the most, and that he no longer saw his two sons because he didn’t want to deteriorate before them. So he’ll do it on national TV.

I think the reason Dudley moved to this modest house in Plainfield, New Jersey, was because the Kessler Institute for Rehabilitation is in East Orange, NJ, and he went to physical therapy there. 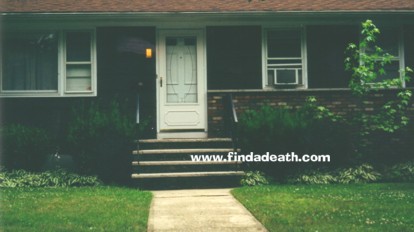 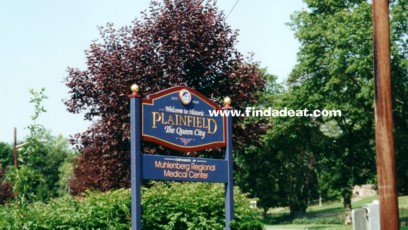 The couple who lived in the house next door, Rena Fruchter, a concert pianist, and her husband Brian Dallow, a composer, cared for Dudley.

In December of 2000, he gave what would be his final interview to the BBC. He remarked how PSP had ravaged his body, and how it basically “eats you up and spits you out.” In November of 2001, Queen Elizabeth II made him a Commander of the British Empire (CBE). He couldn’t speak, and was confined to a wheelchair. This would turn out to be his final public appearance. 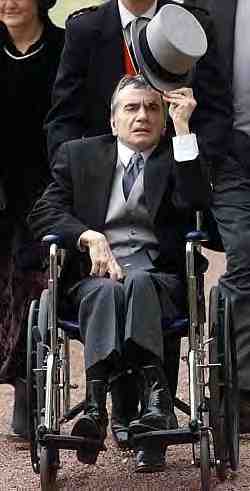 At 11:00 a.m. on March 27, 2002, Dudley died from pneumonia, which is often a complication of PSP. He chose his own music to die to, Songs Without Words, a jazz collection. Rena and Brian were with him at the time, and held his hand. He was 66 years old. 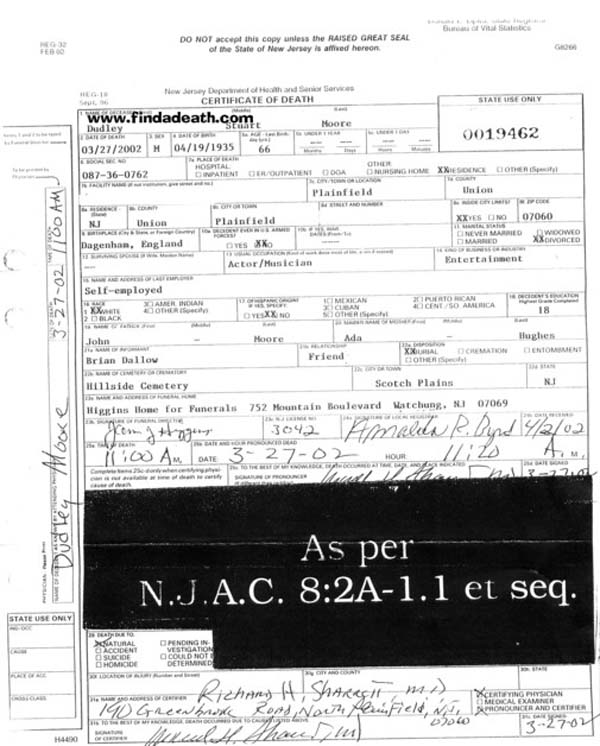 Rena issued a statement, “He was aware of everything around him. There was no pain. He was at peace.”

Upon hearing of his death, Liza Minnelli, obviously distraught over the loss of her dear dear dear dear friend said, “He was a wonderful man. He was funny and dear and supportive and hilarious and he was one of my heroes.” Dudley was supposed to attend her wedding to David Gest, but was too ill to attend.  I would have figured out a way to crawl out of the grave for that one.

His body was taken to the Higgins Home for Funerals, in Watchung, New Jersey. 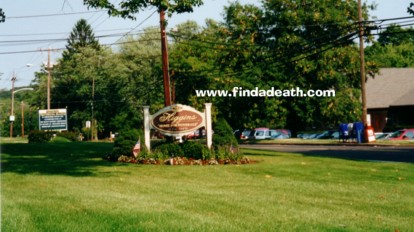 On April 2nd, Dudley’s body was taken from the funeral home and buried in a quiet ceremony, attended by a handful of friends. 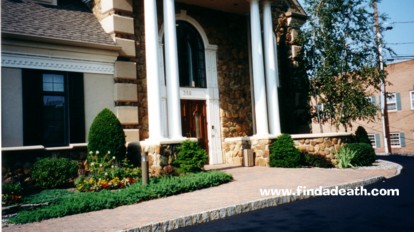 His ex wife Tuesday Weld, and his son Patrick were there as well. His last ex, Nicole Rothschild, was barred. Bo Derek and Liza sent flowers.

He was buried in Hillside Cemetery, in Scotch Plains, New Jersey.

This is his temporary marker, 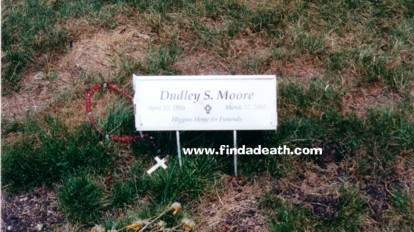 and now his grave is marked properly. 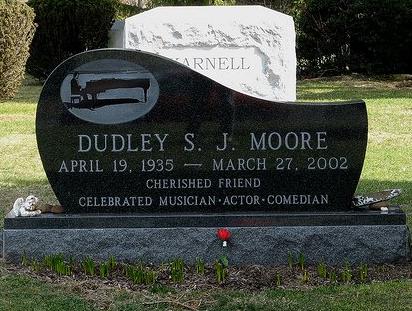 Trivia: Remember the flick 10? Dudley got the role after George Segal quit. If you remember the film well, you’ve got a good memory. In the film, Dudley drives drunk down this street, 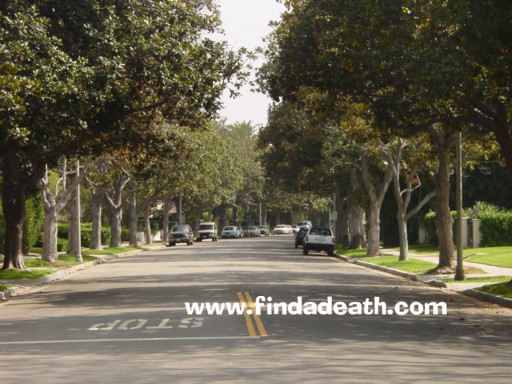 and Bo Derek is marrying her fiancé in this church, in Beverly Hills. 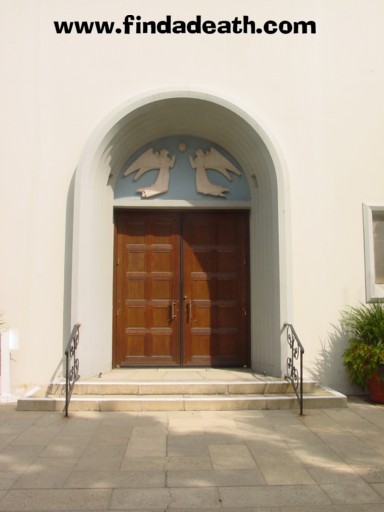 More: Dudley died on the same day as Milton Berle, and a day before director Billy Wilder.

And More: Christopher Reeve was also a patient at the Kessler Institute for Rehabilitation.

Lastly, one of Dudley’s exes owns a bed and breakfast in Hollywood.  Looks fab, and I’ve heard nice things about it.  That is, if you want to stay in a ghetto.

HUGE thanks to Kevin Hassell.  He wrote this story, and furnished most of the photographs. Thank you Kevin.

Hope you can use these photos of Dudley Moore’s grave. My mom is also a resident of the same cemetery. My great grandfather is about 500 yards away! 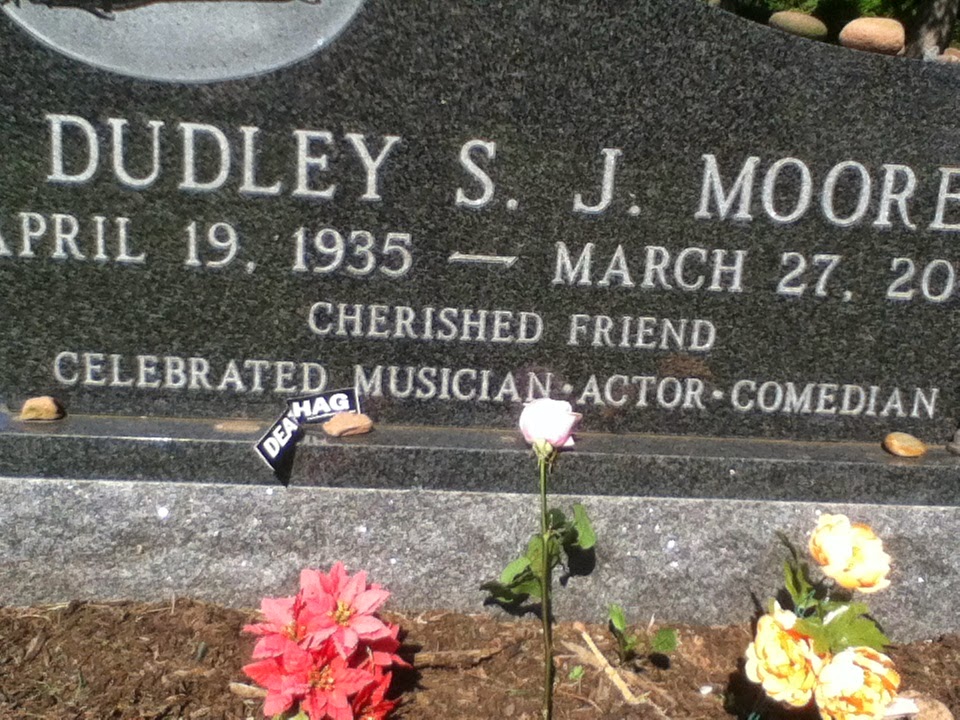