I can’t decide whether to commit suicide or go bowling.
My life has never been easy. It’s like all the major events of my life have always been difficult.
I’m a ’70s mom, and my daughter is a ’90s mom. I know a lot of women my age who are real computer freaks.
I still get so much fan mail addressed to Carol Brady, and I think a lot of it’s through the Net. And I always answer it, if it’s legible.
There is no age limit on the enjoyment of sex. It keeps getting better.
I had an instinct to gravitate towards people who were smarter than I was, teachers that were nice people that were trying to do things in life that were constructive, and that’s what I gravitated to instead of what I saw and what I was in.
A lot of women say to me, ‘You know, I really hated you because my kids wanted you to be their mother.’
When I first went to New York I was right out of high school, I was 17 years old, and I had never seen a building over two stories high.
It’s so important to keep moving and don’t buy into the myth. I say do anything you feel like as long as you don’t hurt yourself or hurt anyone else. And things don’t stop working in your body or your mind.
You don’t get happy by sitting around going on, ‘Oh this is a horrible situation, what to do?’ You’ve got to find the courage to change that. I think change is extremely hard for people.
Show More Quotes
Show less

Sometimes I wish I could be transported back to the day when The Brady Bunch house wasn’t ransacked by burglars, dad Brady didn’t have HIV, Marcia didn’t go to rehab, Greg didn’t insinuate he had an affair with his onscreen mother to sell a book (and doesn’t pay spousal support), Peter goes on Dr. Phil to discuss his marriage problems, Bobby didn’t have a DUI and Thindy wasn’t a politically judgmental bully and Alice wasn’t a lez. Not that there’s anything wrong with that.  Who ever would have thought that Jan would grow up to be the sane one?

Interviewer:  Which was your favorite episode?

Eve Plumb – The last one.

Florence was  successful on Broadway and on television.  She was the first female guest-host on The Tonight Show.   She had an amazing voice and you would know this if you ever endured that first The Brady Bunch Christmas episode when she had laryngitis but miraculously got her voice back to sing in church for Christmas.  Ugh.

When Florence arrived to do her screen test at Paramount, she had her makeup done in the next-door to Desilu where they were shooting Star Trek.   She claimed she was “made-up” in a chair between Shatner and Nimoy.  They totally ignored her. 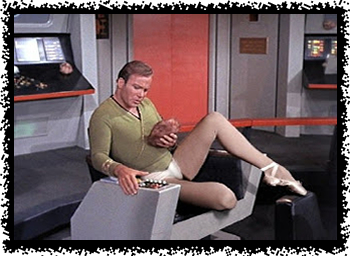 Playing Carol Brady on The Brady Bunch from 1969 – 1974 really cemented her in Americana.  Long before she was cemented in Westwood Cemetery.  Hrrr.

Flo-ho was an interesting individual.  I was shocked at how some people reacted to her.  I thought she was fine, but I had a boss that would FLY INTO A RAGE when you mentioned her.  My boss could not explain it, but it was fascinating to watch.  For fun I would just say “Florence Henderson”.  My boss’s head would whip around and with a wide-eyed expression would say, “I HAAATE HER”.

“People often ask me what happened to my first husband?  And I say, I killed him.”

Florence referred to herself as the “Mother of the Mullet” and that her hairstyles attracted an almost cultlike interest.

“I had four children.  And my youngest when we started [The Brady Bunch] was like, oh, gosh, 2 or a little less.  And sometimes my kids would say to me, you know, how come you don’t scream at those kids on television like you do us?”

In the late 1980’s, my friend Bun and I would go to anyplace where someone from 60’s television would show up.  We stood in line to see Adam West and Burt Ward be assholes.  We watched a train-wreck of Eddie Munster on the night before he was arrested for accosting a limo driver.  We took a  3-hour boat-ride tour on Lake Michigan with The Castaways from Gilligans Island… amazing times. 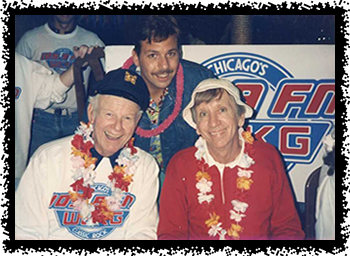 Now this was before there were a shitload of reunion shows and we got to know how douchey some people are.  I still had it for Greg Brady. So, as we got up on the stage and took our places, I was standing next to Greg.  I don’t call him Barry on purpose.  So, he’s standing there, I’m thinking… ‘wow, this is so cool.  I have to grab his butt.’  As you do.

Florence must have sensed it.  She came swooping in and slapped her talons on my chest to distance me from Greg. 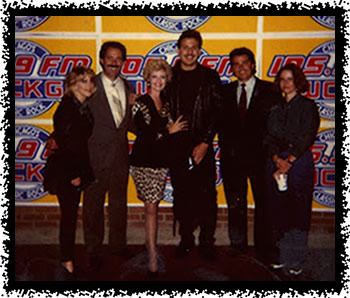 Unbeknownst to the rest of the world, Florence did have her own family. Daughters Barbara and Lizzie, sons Joe and Robert.  As her child, that had to be a bit of a mind-fuck.  Having an entire country of people assuming her on-screen kids were her real family.  But apparently Flo kept it in check and her kids are well adjusted.  Flo was a licensed hypnotherapist.

When the actor’s on the thow tharted to pass away, someone created thith meme. 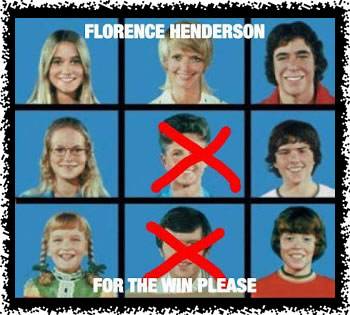 It’s not really funny anymore.  But this is. 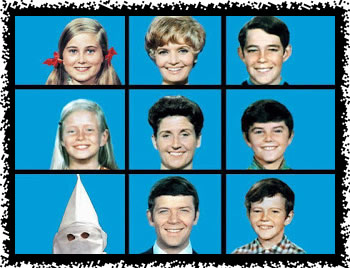 Florence lived for many years in a in a gated community in Marina Del Rey. 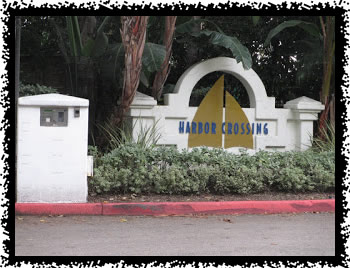 Her house is about halfway down this street.  You see the people playing ball in the street?  One of those is Flo’s kid and probably grandchild.  Or great grandchild.  Whatever. They wouldn’t move.  At. All.

We walked by, said hello and kept walking.  We sat on the curb at the far end for about half an hour thinking that surely they would head in at some point and we could snap a couple of photographs of the house and mailbox, but no go.  I tried to get it in the background behind me. No go. 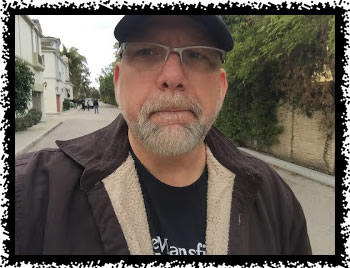 After a while they started watching us.  We walked past past them going in the opposite direction and mumbled a hello.  Frankly if I were them I’d have called the cops.  We really did look

suspicious.  Well, the gate was open.  We did look for a No Trespassing sign.

I think this is about the time they clocked us. 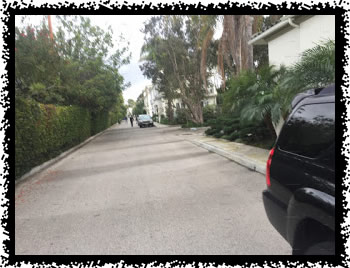 Eve Plumb said inside the house her memorabilia was “beautifully and tastefully displayed, the awards and letters and stuff.”

You’ll have to go with this photo from the real estate listing. 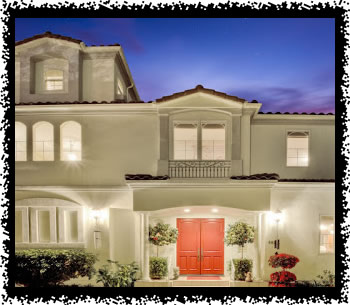 Florence was diagnosed with heart disease and an irregular heartbeat 10 years prior.  I understand that she had a heart valve repaired in 2008.

Three days before she died,  she attended a taping of Dancing With the Stars in which Maureen McCormick was competing.

She was in UCLA Medical Nethercutt Emergency Center in Santa Monica when she was pronounced dead of a heart attack at 7:30pm on November 24th 2016.  Thanksgiving Day. 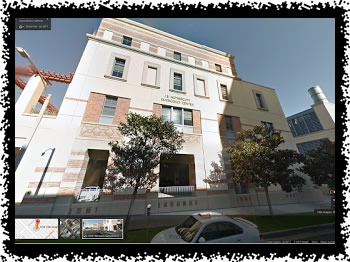 Her children were at her side. 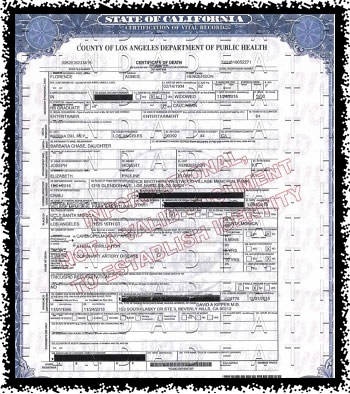 She is cremated and inurned in this lovely niche in Westwood Memorial Park, Los Angeles, just a few doors down from Doris Roberts. 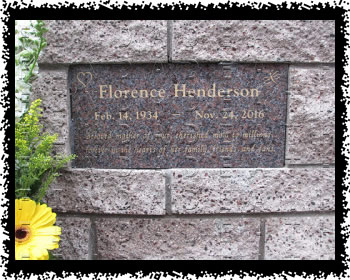 There was a memorial gathering for Florence.  Some of The Brady Bunch kids showed up, some of Florence’s kids were there and Marion Ross.  Because, well, of course she was. 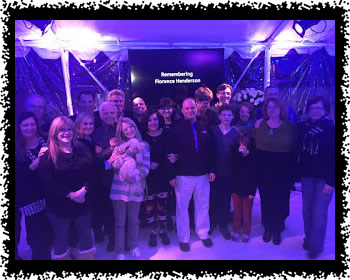 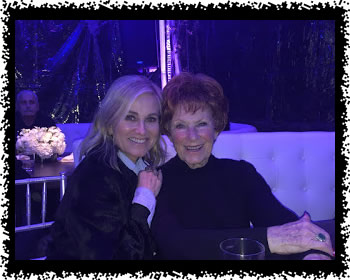 There was also a public memorial held in January 2017. Judge Judy spoke and Carol Burnett attended.  They were close friends.  Respect level for Florence just went up a few notches. 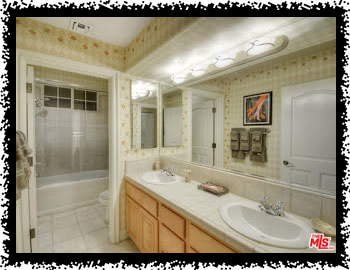 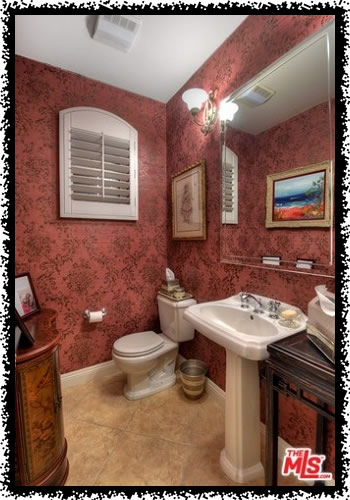 Florence has a movie coming out in 2017.  It looks like posthumous fun! 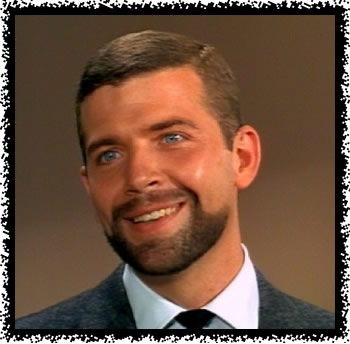 More Trivia:  Robert Reed’s telephone number was 441-1742. Ask me how I know. I’ll tell you how I know. I have Rock Hudson’s rolodex and I looked it up. 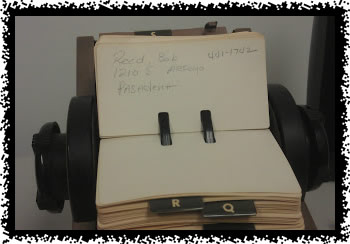 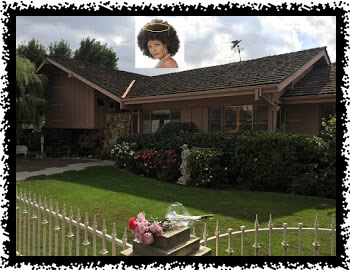 Back when they were filming the first BB Movie I was on the Paramount lot and got to snoop around a bit.  I peeked into a sound stage and found myself looking at The Brady Bunch living room in living color.  That’s the story.

I’m not implying that Florence was Richard Shoat, but she was no stranger to sexy time.  She dumped her first hubby because he wouldn’t put out.  They had 4 kids and she made a joke that they only had sex 4 times.  She had an affair with NY Mayor John Lindsay and got the crabs.

“Guess I learned the hard way that crabs do not discriminate, but cross over
all socioeconomic strata.”

Trivia:  When they did the first BB movie, Florence was offered 5k for a cameo.  She laughed in their faces.  Later, because of fan demand, they came back to her and she was paid very very well.

Before the internet and every single BB episode being at our fingertips, a group in Chicago called The Annoyance Theater started a program called The Real Live Brady Bunch.  They would perform the original TV scripts word for word thus accentuating the campiness of it.  It became a really hot ticket.  It was produced by the Soloway sisters.  Jill and Faith Soloway went on to create work on shows like Six Feet Under,  Transparent, I Love Dick and Courtney Cox’s Asshole.  Yep.

Many years later I was going over my files and I found my program from the performance.  It was a fun surprise to see Jane Lynch as Carol.  This particular performance of the Johnny Bravo episode, Eve Plumb performed with the cast. 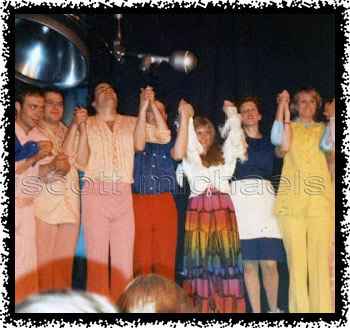 I’m glad she got over herself.  This appearance on Jenny Jones in 1995 suuuucked.  I would have made her pay her airfare back.

Word about The Real Live Brady Bunch got back to Sherwood Schwartz who created the show (along with Gilligan’s Island) and he flew in to see a performance.  I was fortunate enough to be there that night.  He and his wife Mildred were tops. 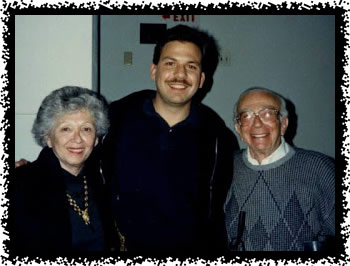 FF to a couple of years ago when I was filming a special for E! called Hollywood Death Trip, the AP said to me, “you have to meet Elliot, his family is a showbiz family.”  So Elliot introduced himself as Elliot Schwartz and that his grandfather was Sherwood.  I flipped.  I took out my phone and within 15 seconds pulled up a picture I took at Sherwood’s grave with the Gilligan character toys. 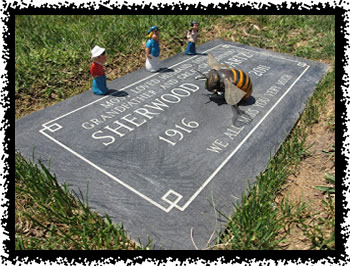 Realizing I probably just crossed a huge line, I apologized, but Elliot loved it and shared it with his father.

OH!  We didn’t get a photograph of the mailbox, but… wanna see her doorbell call box thingy? 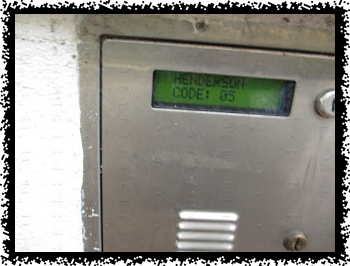 I LOVE THE INTERNET!  Warning – a black hole.  And no, that’s not what I meant.

Don’t forget, every January 2nd (JAN 2) is Fake Jan Day, in commemoration of Geri Reischl who took over the “Jan” role in a couple of different Brady incarnations after the series completed in 1975.