There is no person performing in the Soul Circus, Inc., with ‘equal’ national or international recognition than myself as ‘ReRun.’

I, like a lot of people, watched What’s Happening! while growing up. The statement in quotes was the show’s big catchphrase – not to be confused with “Hey, hey, hey!” of Fat Albert and the Cosby Kids.  Snotty Dee made What’s Happening! for me. Then there was cute Dwayne, smart ass Shirley the waitress, logical Raj, and then Rerun.

I never liked the Rerun character. He seemed really contrived. Lets give the big guy a red beret and a catch phrase and make loads of fat jokes. Nope, never liked his character. Always a ham. From what I’ve read, he was a real handful, in life.

He did start in an amazing group of dancers called The Lockers, which were pretty damn impressive.

After What’s Happening! ended, he had difficulty getting work because of his being so closely associated with the Rerun character, so he used it to his advantage as best he could. He did the sequel called, What’s Happening Now!, but quit after one season over a contract dispute. I think he wanted top billing because he was the star. I hate that.  Never ever quit the hit.  At the end, I remember he was doing those phone calls from celebrity things, where you paid him 30 bucks and he would call you up PERSONALLY. He also appeared on The Weakest Link, Scrubs, Stardates and Dickie Roberts: Former Child Star with dickie dickbrain David Spade.

Then there was a dispute with The UniverSoul Circus over his billing as well, check out the documents on our pal The Smoking Gun’s website.  They seemed to have recovered well.  According to some sources, he legally changed his middle name to Rerun, but his official death certificate still states it as “Allen”.

His personal life sounds pretty colorful. Big into food, booze, drugs, women – married 6 times to 4 women, three kids total and three suicide attempts (according to one source). He was diagnosed with diabetes in 1990 and was told to drop weight and clean up his act, but the damage was done.

In 1985 he became a Baptist minister, got sober and lost 108 pounds, but it was the food that eventually killed him. After suffering a debilitating stroke, afterwards in which he needed a walker to get around, he eventually succumbed to another on October 21, 2003.

According to a report in the Globe, the director of Berry’s last film, Hayward Collins states, “While he was here, he’d eat healthy, then he’d sneak out and have pancakes with extra syrup or Big Macs.” Collins claimed that he hadn’t seen Fred in two days, and when he checked his room, he found him naked in bed under a blanket, looking,”Totally peaceful, like he just slipped away.”

The 52 year old actor was found in his house, dead. 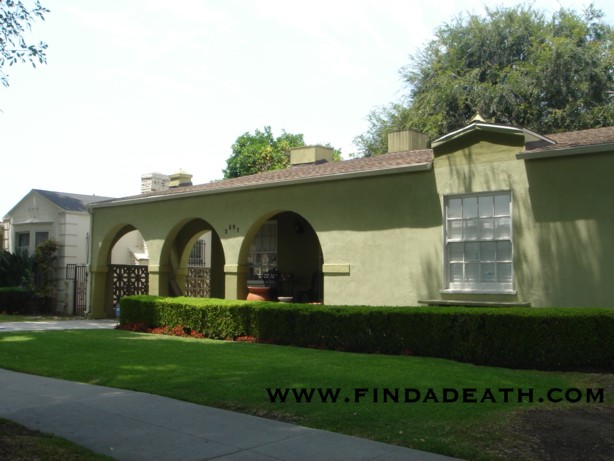 There was an anonymous caller that claimed it was a lethal dose of heroin or coke, but in the end it was obesity and clogged arteries (between 75 and 99% clogged). Natural causes. 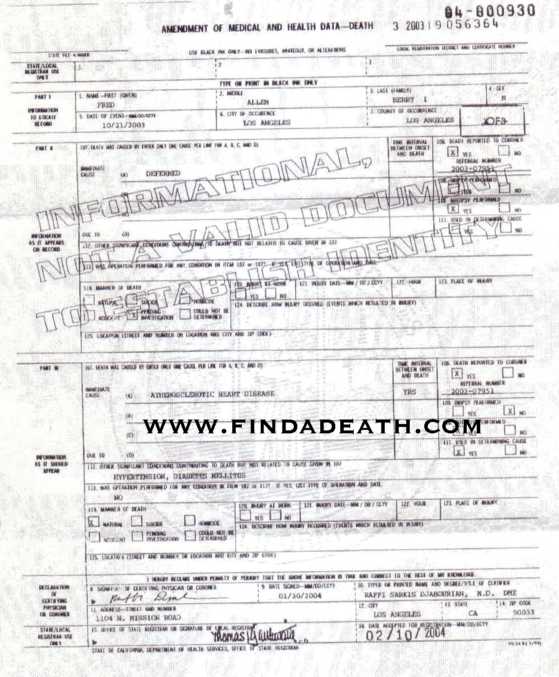 He is buried in an unmarked grave at Forest Lawn Hollywood Hills. I know no details of his funeral or why he is unmarked.

Trivia:  Interestingly, Fred’s house is about 4 blocks from where the Black Dahlia was found. 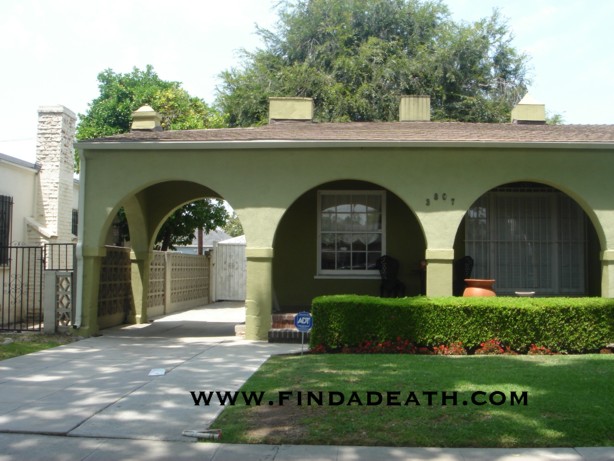