Now look what you did!
My voice, I have to say, is kind of miraculous because I was born with a cleft palate.
I think anybody who has been in the theater, prefers it. Television is a… factory. You turn out things on a revolving assembly line. You don’t have time to perfect anything in television.
The last thing in the world I should have done was go into the theater because was inordinately shy as a young man. I couldn’t open my mouth. At a party, I was the one stuck up against the wall. I was embarrassed about talking. I felt that I couldn’t talk well.
My wife and I love to read. We’re going to have to move out to make room for the books! And we have our dogs.
I had admired Richard Burton for years and years before I had ever worked with him. He was a great, great actor. It was a joy to get to know him as a person.
I’ve worked with very few that I considered unpleasant. Dennis the Menace was a joy to work on.
Show More Quotes
Show less

Okay, I’m officially outing this guy. No, not that, silly, his name. He was born Charles Aldrich Jr., but he will always be known to me as (to be said in a low bass tone):

Misssstttteeeeerrrrr Mooooooooney, from The Lucy Show. We loved him, didn’t we? Even though he was a real prick to Lucy. Did you see him in that Tom Hanks movie, “The Burbs?” GHHHHRRRL. Very funny part though, and I think it was his last. That was the flick with the magical Carrie Fisher haircut, but I digress.

Findadeath owes a debt of gratitude to Anne Parisi for obtaining the following photographs. She even had the nerve to ask to take a picture of the apartments where the Mooneys died! That’s gutsy. Hats off in respect to Anne. Thanks.

For many years, Gale and his wife Virginia lived on their Tub Canyon Ranch, in Borrego Springs. In later years they moved into the Redwood Terrace Health Center, in Escondido, California. 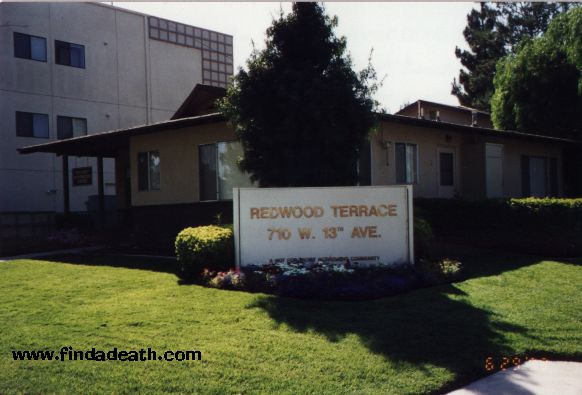 They lived in an individual apartment, and were relatively self-sufficient. Their unit was located in the Jean Weaver Health Center, and was number 503. 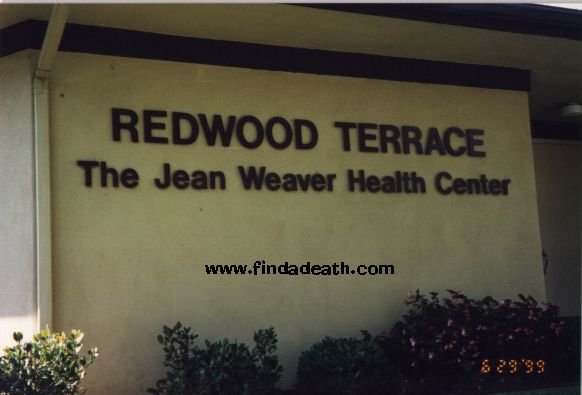 If you go in the front entrance, their room was down the hall and on the right. 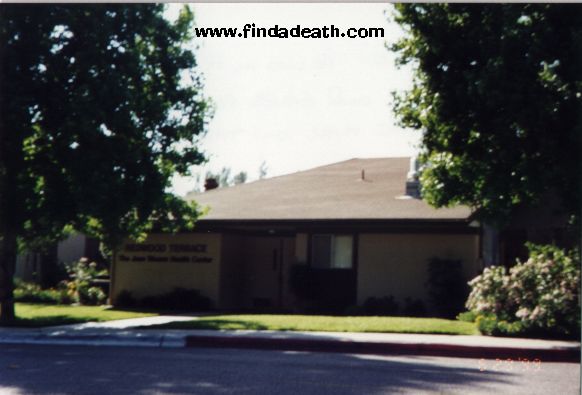 It was in this building that Gale’s wife Virginia had passed away a few weeks before Gale did. 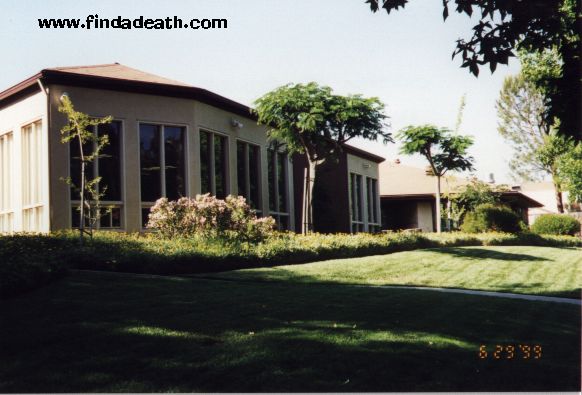 He was suffering from lung cancer, and ended up having a heart attack. On June 30th of 1995, Mr. Mooney had gone to the big bank in the sky. He was 89 years old. 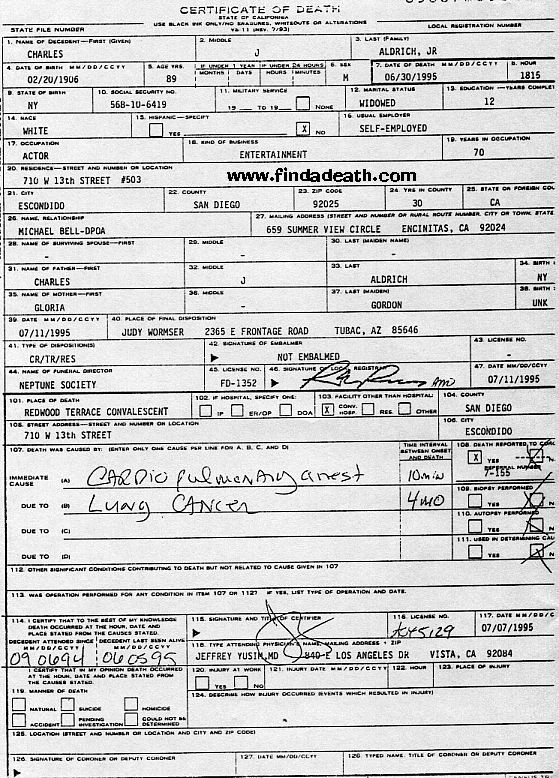 Gale Gordon was cremated, and his ashes were given to his sister, Judy Wormser, from Tubac, Arizona. According to the death certificate, he was scattered at sea.

Oh my God. I just remembered that Gale was in that ill-fated Lucy Incarnation, Life With Lucy, in 1986. Boy, remember that one? Try to forget it, I dare you. Yikes. I read an interview with Gale after Lucy died. He said that the failure of that show (pulled after 2 painful months) is what put Lucille Ball over the edge, and inevitably killed her. She must have watched it. Yeesh.