Rob writes in:  I must say that I love your site. I see we share the same enthusiasm for the Movie Halloween. I was in Pasadena last year for the Halloween 25th anniversary convention (I so wanted to be there.  Honestly.  I so wanted to be there, but because my job sucks ass, I couldn’t.).  Now as part of the convention, they took us out to see the filming locations, now not knowing if I would get a decent shot out of a bus, I searched out and found the locations on my own. The tour was great, we started our 3 hour tour with the first stop in West Hollywood for the baby sitter houses, followed by a quick stop at the Nightmare on Elm Street House, then back to Pasadena zig zagging the town to the various locations. What made it special was the South Pasadena High School Drama club helped out be recreating the scenes for us as we pulled up. The behind the hedge scene, the “hey jerk speed kills” complete with a ford escort station wagon. Ok so the car was different from the movie, Lorrie sitting on the stump holding the pumpkin 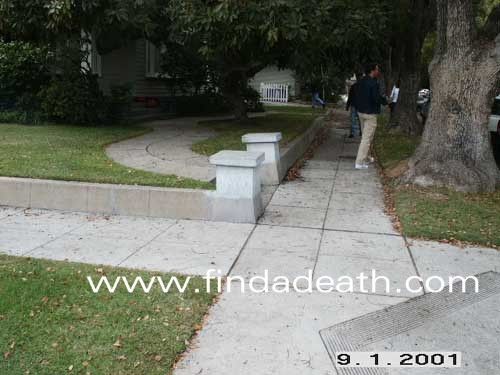 waiting for Annie to pick her up. The added bonus was getting to go into the Myers house 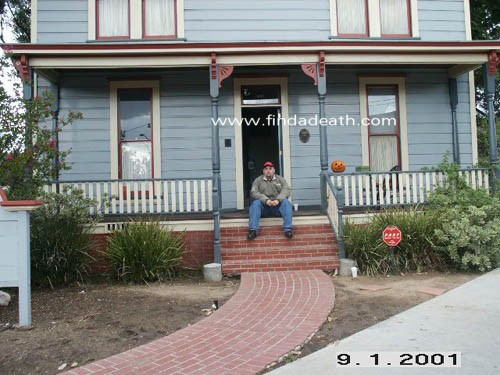 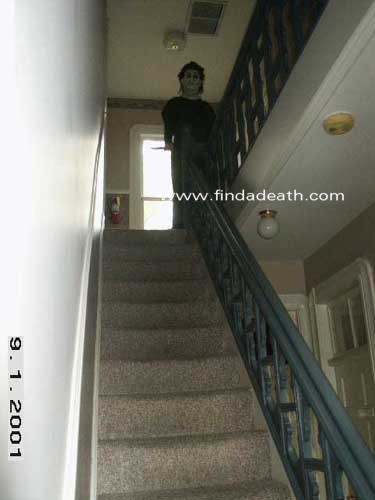 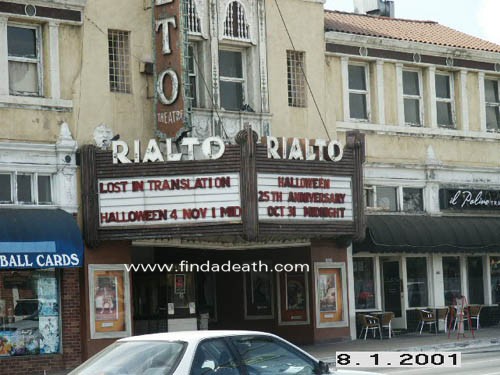 I am 28 and had never had the opportunity to see Halloween on the big screen before. 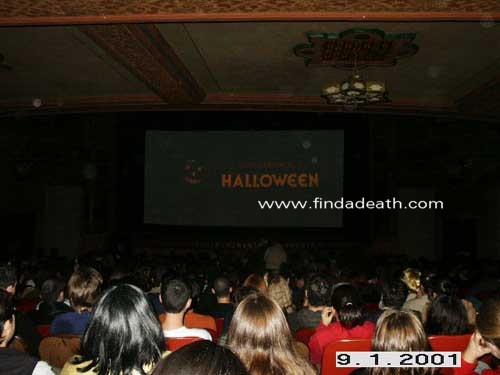 Watching it in a packed house of people who share the same love of the movie was an experience I will never forget . Plus it was another filming location to take a picture of as the opening of Scream 2 was filmed there. Now the convention was great as there were stars from all of the Halloween movies. P.J Soles was so sweet to everyone who attended to see her. She gave you the option to strangle her with the phone cord around her neck in the photo.

Other locations included the cemetery, 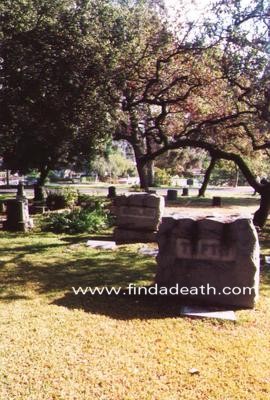 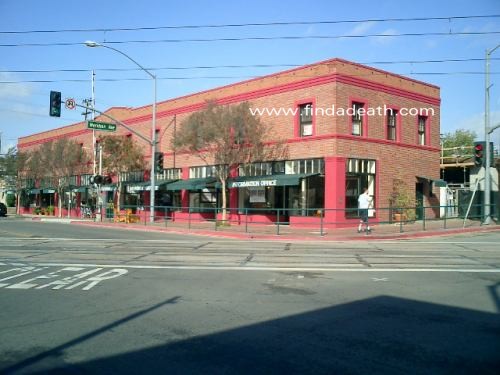 where Tommy smashes his pumpkin, 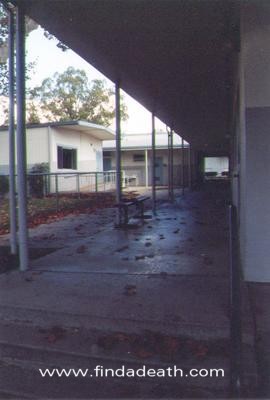 and a great shot of Michael by the hedge. 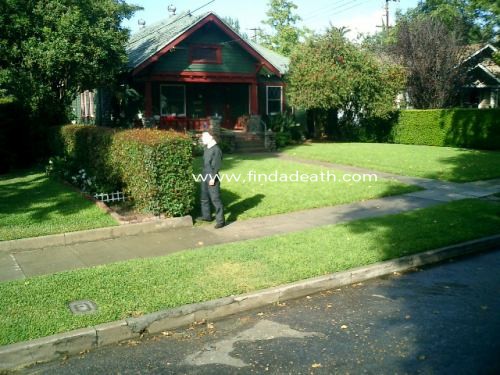 Please ignore the dates on the photo as it was a new digital camera and I had not figured out how to set the date yet. I don’t know if these are photos you would put on your website, feel free, but none the less I thought you might enjoy them 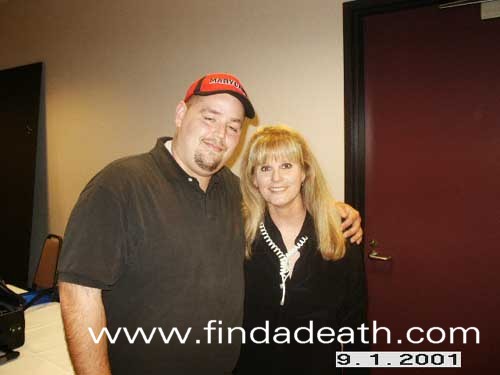 HOW JEALOUS am I?  Thanks for the great pictures.