Another Los Angeles landmark is being f*cked with.  Tail o’ the Pup, my favorite hot dog stand in LA, is now gone.  You can have Pinks. 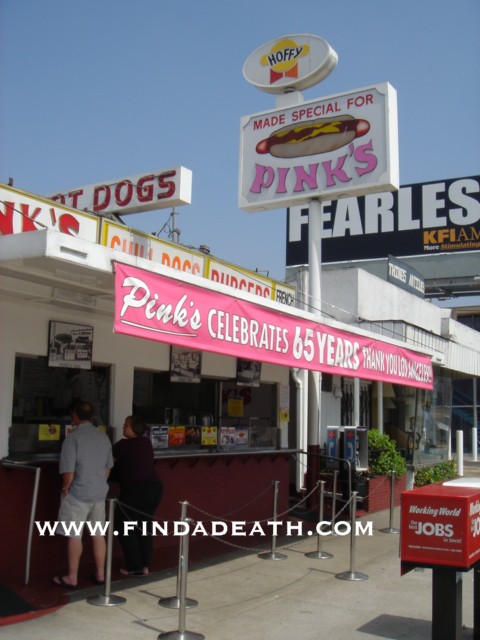 Blech.  Old beige nasty falling apart equivalent of feces in a bun.  People in LA think they know everything, and the see a line of 50 people in front of a place, and automatically speak with authority that it is the best in LA.  No way.  The Tail wins, in my book.

Now its gone.  Supposedly in storage.  They are building condos for the gays in retirement.  This notice graces the wall. 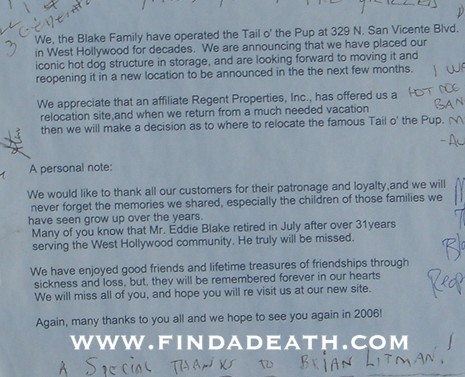 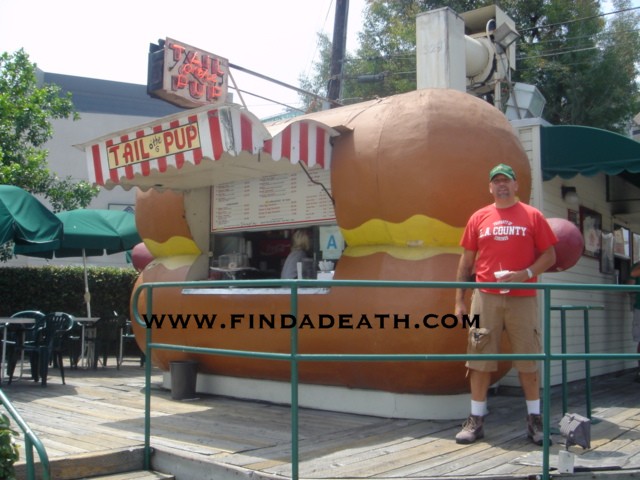 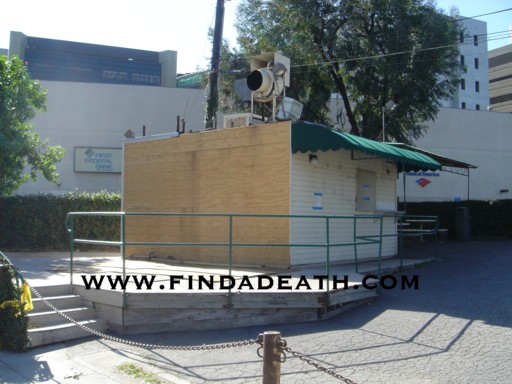 The wiener is in storage, hopefully to be erected in another location in the near future.  This isn’t the first time its been jerked around.