The problem with the world is that everyone is a few drinks behind.
The only point in making money is, you can tell some big shot where to go.
I made more lousy pictures than any actor in history.
I was born when you kissed me. I died when you left me. I lived a few weeks while you loved me.
You’re not a star until they can spell your name in Karachi.
I’ve been around a long time. Maybe the people like me.
Things are never so bad they can’t be made worse.
Acting is experience with something sweet behind it.
I can’t say I ever loved my mother; I admired her.
The only thing you owe the public is a good performance.
Show More Quotes
Show less

Bogie and his Bacall had it all. Both were successful beautiful people in Hollywood. They lived in the posh area of LA, called Holmby Hills, on Mapleton Drive. 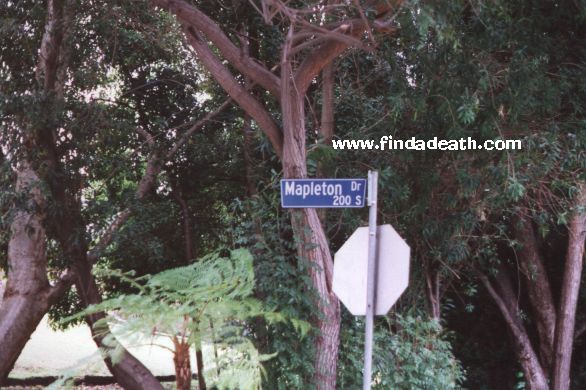 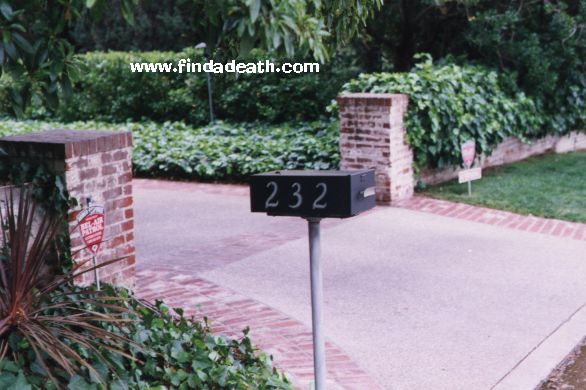 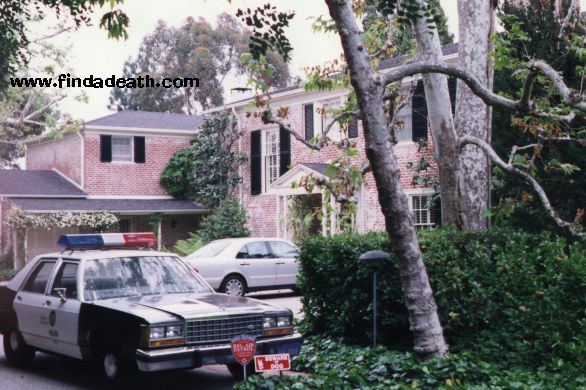 Notice the fake police car in the driveway. It’s been there for years. Put there to discourage people like me I’m sure, from snapping pictures. I hear that it doesn’t even have an engine. Notice the rather bizarre statue in the driveway. 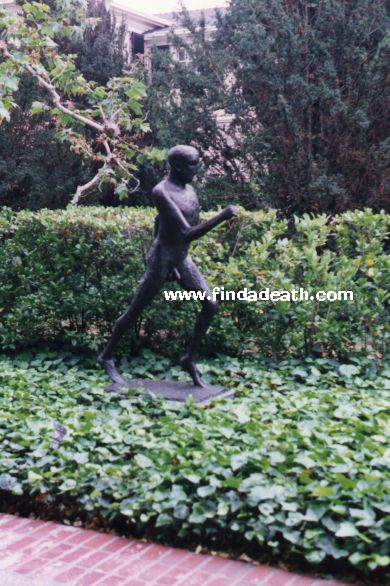 Nope, can’t be likin’ that at all.

Around New Year’s of 1956, he was dining at Romanoffs, and started coughing horribly. His lunch companion suggested he see Dr. Maynard Brandsma at the Beverly Hills Clinic. A malignancy in his esophagus was discovered, and would have to be removed. Bogie asked the doctor if he could get his next film out of the way first. “You can make the movie,” said Brandsma, “and you’ll be a big hero at Forest Lawn Cemetery.” On March 1, he endured a 9 1/2-hour operation at Good Samaritan Hospital. 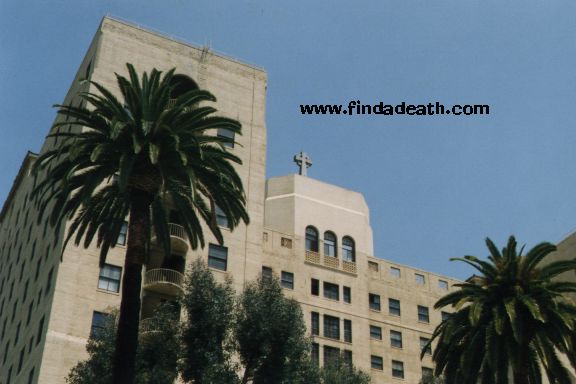 He returned home, and was in a wheelchair or bedridden for his remaining days. On Jan. 12, 1957, Spencer Tracy and Katherine Hepburn came by. As they left, according to Katherine, “He (Bogie) looked up at Spencer with the most rueful smile and said, ‘Goodbye Spence,’ and you could tell that he meant it. He’d always said, ‘Goodnight’ before. When we went downstairs, Spence looked at me and said, ‘Bogie’s going to die.'”

The next morning, Bacall went to pick up their two children – Steve, 8, and Leslie, 4- from Sunday school. Bogart nodded at her and casually said, “Goodbye kid.” When she came back, he was in a coma. He died without regaining consciousness, at 2:25 the following morning. He was 57 years old. 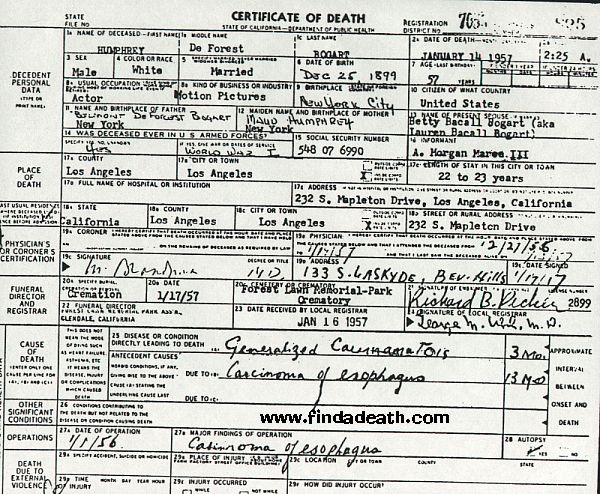 A black hearse from Forest Lawn arrived at the house. They put Bogie in a white sack, and took him to the crematorium. He was put in a simple pine coffin.

Because he was cremated, there was no casket at the funeral. The service itself was held at 11:30am, on Thursday the 17th at All Saint’s Episcopal Church, 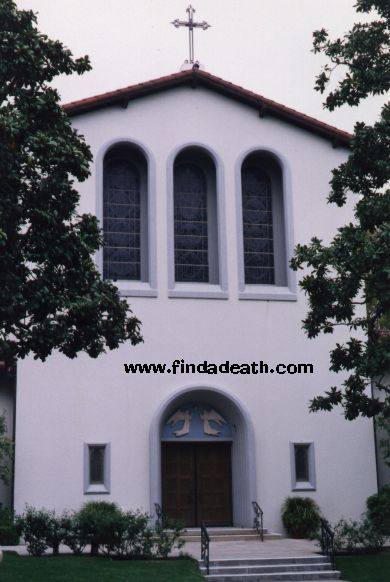 in Beverly Hills. A glass-enclosed model of his beloved yacht, Santana, graced the altar, where the casket would have been. Over three thousand spectators showed up, and guests included David Niven, Swifty Lazar, Danny Kaye, Marlene Dietrich, Dick Powell, Samuel Goldwyn, Gregory Peck, and of course, the family. John Huston eulogized his friend with the words, “In each of the fountains at Versailles there is a pike, which keeps all the carp active, otherwise they would grow over fat and die. Bogie took rare delight in performing a similar duty in the fountains of Hollywood…. We have no reason to feel any sorrow for him – only for ourselves for having lost him. He is quite irreplaceable.”

While the service was taking place, Humphrey Bogart was cremated. Originally, he wanted his ashes scattered from his ship, into the Pacific. At the time, such scattering was illegal, so they opted for a permanent niche at Forest Lawn.

Trivia: Rumor has it, Lauren Bacall put a silver whistle in his urn, in memory of that famous line, “You know how to whistle don’t you? Just put your lips together, and blow.”

More: I love this story, taken from the Dictionary of Movie Anecdotes, ” Amidst the hullabaloo Warner Brothers signed Humphrey Bogart to a fifteen year contract. He was to be guaranteed a minimum of $5 million. When the long document arrived (68 pages long, which his agent boiled down to 15 pages), Bogart noticed that the breakdown of payments added up only to $4,999,999.25, and he refused to sign. Roy Obringer, the Warner attorney assigned to deal with the star, finally reached into his pocket and put the 75 cents on the table, in cold hard cash, which Lauren Bacall allegedly picked up to spend on herself.” Atta girl.

Even More: On Thursday July 31, 1997 – the U.S. Postal Service issued a Humphrey Bogart commemorative stamp. Lauren Bacall and their children Stephen and Leslie Bogart were on hand at the Chinese Theater, for the launch.

Last Bit: Its not a secret that Bogie wasn’t the tallest of men, in fact, when they filmed,Casablanca, he had to wear platforms on his shoes, so he could see eye to eye with Bergman.