So… I’ve been on this Sunset Boulevard jag lately.  I watched the film about 3 times in the last two weeks.  Brilliant film.  I love everything about it.  While some friends were visiting from England recently, I subjected them to a viewing of the film, then took them out to see the remaining locations.  First stop, Paramount Studios.  I knew you could go right up to those famous gates.  In we went.  Up to security.   I told them I wanted to see the gates.  “You can’t.  We don’t even have tours anymore.”  I asked, “Since when?”  He replied with the phrase that makes me groan every single time I hear it.  “Since nine one one.”  Ohhhhhhhhh… right.  I see.  The World Trade Center – Banking capitol of the world… and Paramount Studios.  It all makes perfect sense.  PSH.

I took this picture through the gates.  Stupid chicken shits. 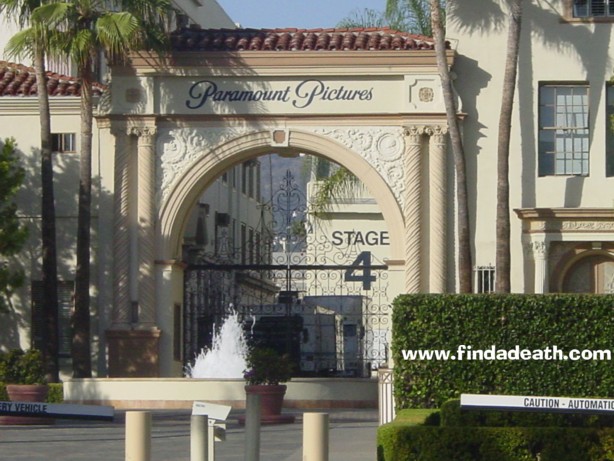