Ain’t it part the woman’s fault if she stays around and lets me hit her?
In those days, man, in the ’50s, black people in the South… We didn’t recognize contracts that much. And we didn’t recognize marriages that much, either.
I believe I was ahead of my time.
I’m not gonna try to defend, or undo what’s been done. All I could say about whatever’s been done, it’s been done, and it’s water under the bridge. I have no regrets of my life.
Walt Disney got away with portraying me in the light that they were portraying me in. I have always been a fighter, so… But I have no regrets, man. It’s just like God brought me through the drugs, I know he’ll bring me through this.
I really enjoy myself in Norway. Because I had started losing confidence in my ability of what I do. But sometimes, man, you just get tired of fighting and trying to prove yourself.
They’ll probably start working on my movie sometime… They are doing a complete movie of my life story. It will not be based on any negativity. It will be more about my life, from a kid, how I came up and why I came through.
Either accept people for what they are, or don’t. So, in other words, man, if people don’t know me, I think they do themself an injustice. Because, as a whole, I think I’m a good person.
I can put a hip-hop beat to reggae. That is, I can have real reggae in the drums and in the rhythm, and on top of it I can put The Rolling Stones’ feeling, anyone’s feeling on top. Nobody has ever done this before, man.
I always considered myself being an organizer. I’m very good at teaching singers, I’m very good at staging a show, to entertain people. But I never included myself. I never applied this to me as an artist.
Show More Quotes
Show less 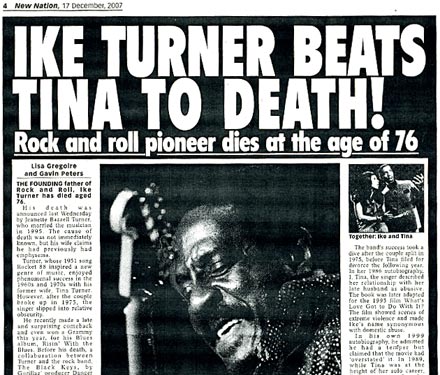 Ike Turner, the Grammy-winning R&B musician & producer became famous for his years with Tina Turner in the Ike & Tina Turner Revue. They were chosen as a 1969 tour opening act by The Rolling Stones and reached the Top 10 in 1971 with their version of “Proud Mary”. Ike & Tina (and the Ikettes – backup girls) made the rounds on TV shows of the era like Cher, Playboy After Dark, Ed Sullivan and American Bandstand singing their chart hits “River Deep”, “Mountain High”, “Nutbush City Limits” and “I Want to Take You Higher”.

Ike, the son of a Baptist Minister and a seamstress, was born in Clarksdale, Mississippi in 1931. His father was beaten to death by a racist white mob, and Ike became a wild child. According to Ike, he was introduced to sex by an older woman (Miss Boozie) at age 6, and was selling moonshine as a youth. Music was Ike’s way out of the segregated Deep South – he learned to play boogie-woogie piano and worked as an assistant disc-jockey at age nine. By age 11, Ike was backing blues bands and becoming a first rate musician.

In 1951, pianist Ike Turner and lead vocalist Jackie Brenston recorded “Rocket 88” at Sam Phillips’ Sun Studios in Memphis. Ike claimed to have been paid $20 for the recording which went on to sell a half-million copies. Historians claim it as one of the earliest Rock-n-Roll recordings. 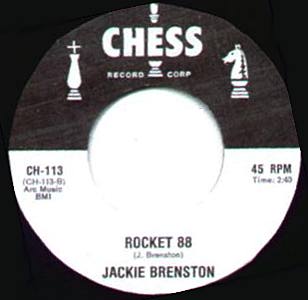 In 1958, Ike heard Anna Mae Bullock sing and she soon joined his group – renamed as Tina Turner (his 5th wife). Tina reported that they had a 1962 Tijuana marriage ceremony (and Ike claimed they were never married).

JUNE 2010: During their marriage, they lived in this house in Los Angeles. 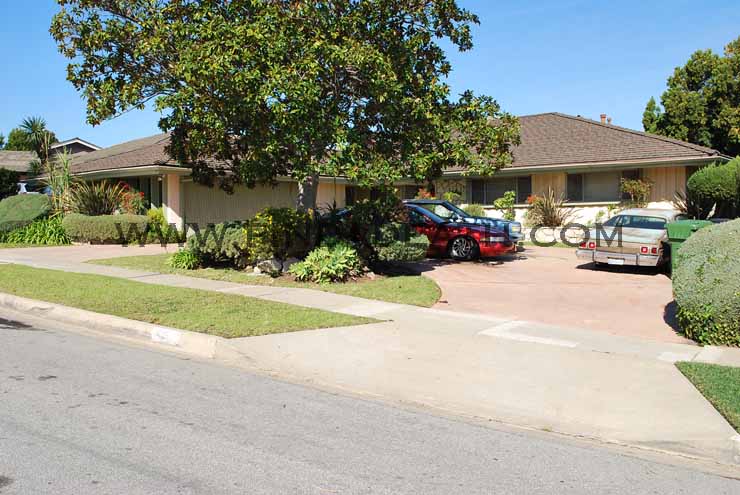 Apparently this is where most of the physical abuse took place.

Twenty years later in 1978, they were divorced and Tina was just a few years away from a huge mid-80’s solo comeback. Tina’s biography called I, Tina was turned into the 1993 Disney/Touchstone Films bio-pic: What’s Love Got To Do With It? which depicted Ike beating and raping Tina. Ike adamantly objected to the film, saying he never raped Tina.

Tina racked up the solo hits and became a rich international superstar. Ike fell into cocaine addiction (spending a reported $11 million on blow) and went to jail for 18 months for drug possession in 1989. While he was in jail, he and Tina were inducted into Cleveland’s Rock-n-Roll Hall of Fame. Their former producer, Phil Spector, accepted on their behalf. During his jail term, Ike claimed to have earned thousands of dollars selling coffee, candy and cigarettes to his fellow inmates. In 1993, Salt-N-Pepa’s number #4 hit “Shoop” sampled Ike’s recording of “I’m Blue” and earned Turner a reported $750,000.

In his last decade, Ike toured internationally, wrote his autobiography Takin’ My Name Back and was awarded a 2006 Grammy for his traditional blues album, Risin’ With The Blues. He also brought two small claims cases onto the Judge Joe Brown TV court show, and visited high schools during Black History Month with an anti-drug message.

Ike had emphysema and by 2007, he was on home oxygen and deteriorating.  An ex-wife Margaret Ann Turner moved in with him to help him out.  He spent most days in bed, watching television.  Ann also convinced Ike to rehire a former housekeeper, Falina.  They lived in a tidy well furnished home. 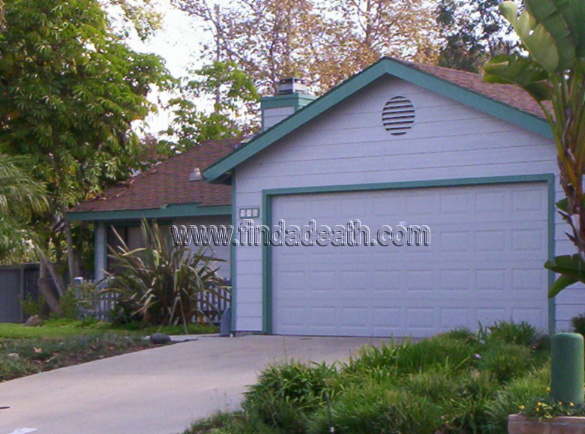 Crammed with crack pipes, and a roof repaired with garbage bags. 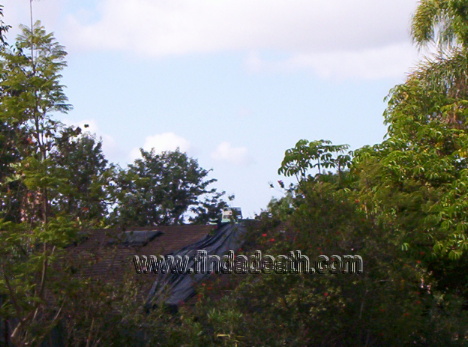 Death Hag, Peter, lives in Ike’s hood, and “I would see him at the corner Shell station and he would sit in the jaguar while Audrey (I don’t know, current? Ex? One of possibly 12 to 15 possible ex wives. Pumped the gas and then he would send her in for some Kools.”  Cool.

On the 11th of December, Ann and Ike went to the bank.  He didn’t bring his oxygen tank.  That night was a normal night at home.  The next morning, Ann woke up to smell crack cocaine being cooked in Ike’s room. (MMMM!  What’s for breakfast, hun?)  Ike was cooking, whilst donned in black boxers, a black jockey tank top, and a t-shirt that read IKE TURNER AND THE KINGS OF RHYTHM on it.   Product placement, till the end.

Around 6am, Ike did indeed request a large breakfast, Ann made it, and he consumed it while sitting in bed.  The meal ended up being described as “pieces of sliced mushroom, citrus fruit, pink meat and small fragments of red and green vegetable material.”  Crack sounds more appetizing.

A little while later, Ann noticed that Ike was acting strangely.  He was sitting on the edge of his bed and he was shaking.  She became concerned.  She asked if he could identify her, and he did.  Falina came in and took his vitals, all seemed okay.  He went to sleep

Around 10 am, his band members came by to cheer Ike up  They kept it quiet for about an hour, then Ann decided to check on Ike.  He was found feet on the floor, torso slumped over the bed.  She put an aspirin under his tongue and began CPR, while getting the band to call 911.  Deputies arrived and attempted to revive him, but Ike was pronounced dead at 11:38 am.

On December 12, 2007, Ike Turner died of an “accidental” cocaine overdose. The Medical Examiner stated the cause of death was cocaine toxicity with other significant conditions (high blood pressure and emphysema). His body was found by his ex-wife Ann Thomas. He was survived by his 6 children. At the news of his passing, Tina Turner’s rep stated: “Tina hasn’t had any contact with Ike in more than 30 years. No further comment will be made.”  snap. 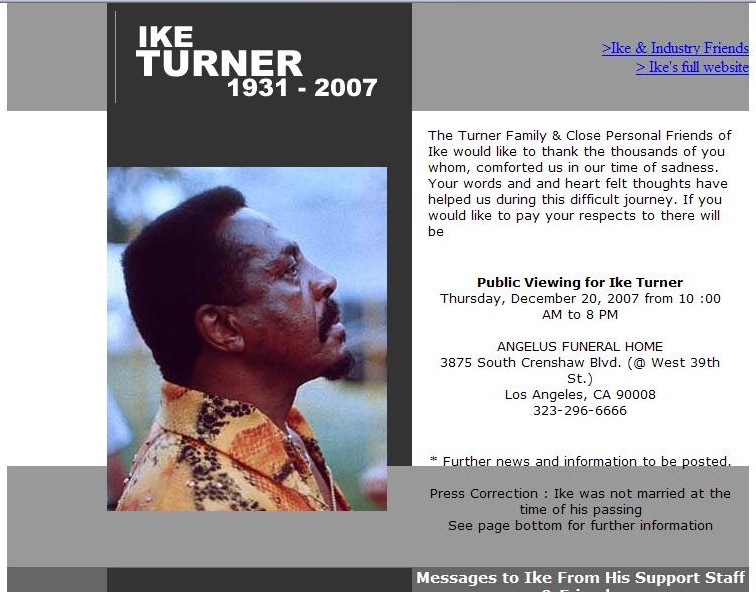 The press showed up in Ike’s neighborhood. 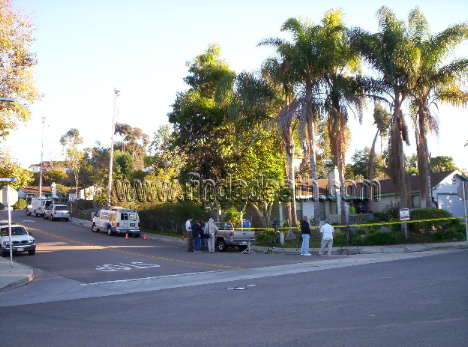 A public viewing for Ike Turner was held in Los Angeles 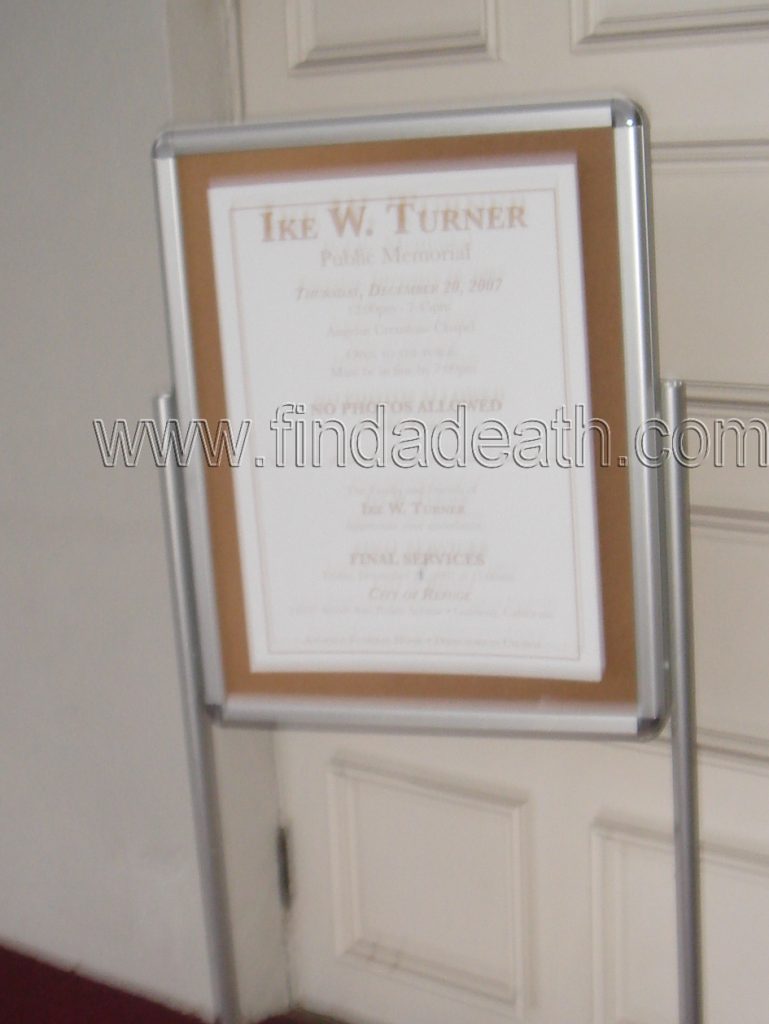 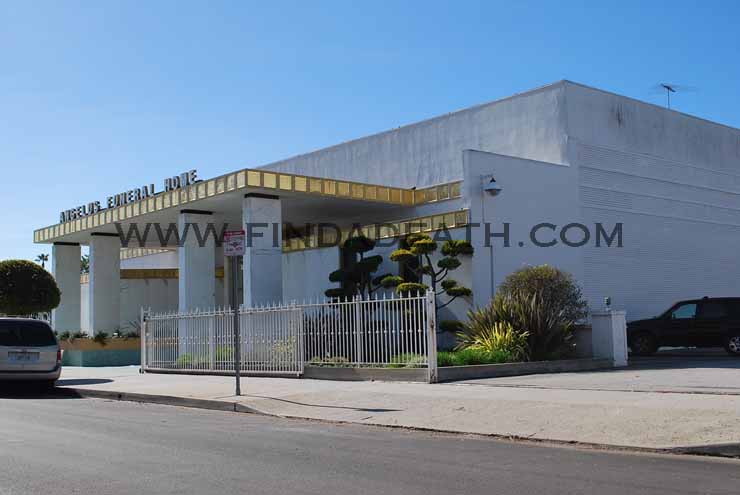 Ike was laid out (WARNING DEAD PIC) in a gold-studded lilac suit, with a golden Fender Stratocaster guitar by the side of his silver coffin. 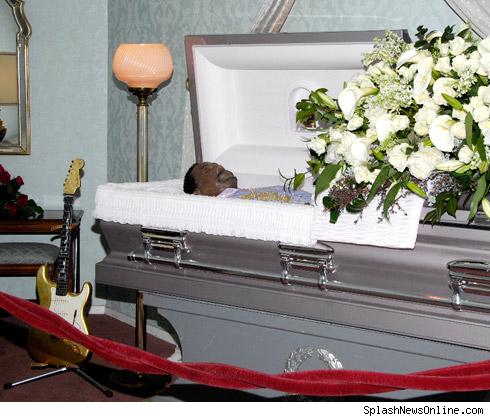 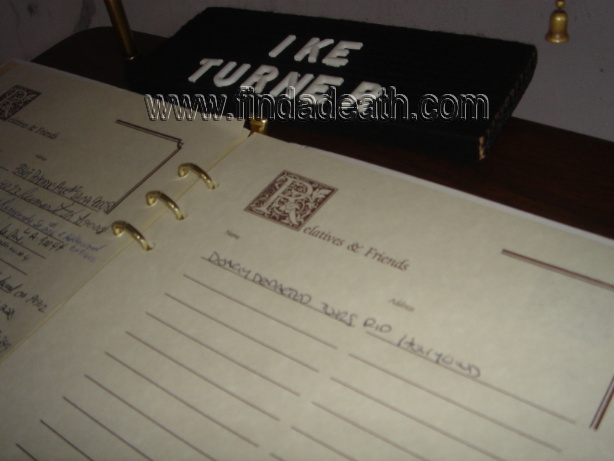 Ike Turner’s funeral was held on Friday, December 21 at the Greater Bethany Community Church in Gardena, CA. Bonnie Raitt and Little Richard were among the celebrity mourners. Lifelong gun-toting bully and future convicted murderer, Phil Spector, gave an impromptu speech to the crowd condemning Tina Turner (and her “piece of trash” book) and Oprah Winfrey (who promoted it).

Ike was cremated and the whereabouts of his cremains remains a mystery to us mere mortals. 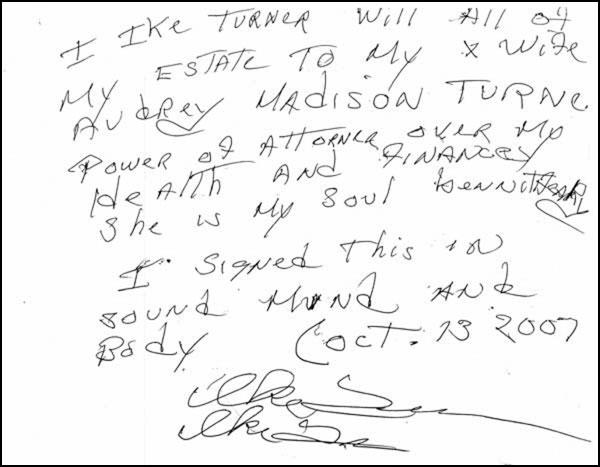 Find a Death friend Ja-Zette sends this:  I read [Ike’s] book a couple of years ago and the funniest line in it – and he used it several times to describe how he felt when he met attractive women (including Tina)….she “made me harder than Chinese arithmetic”.

Trivia from Bill Rice:  Tina Turner and the Ikettes sing on Frank Zappa’s “Overnite Sensation“.
Remember the woman moaning “I got a spot that gets me hot (And you ain’t been to it)? on Dynamo Hum? That was Tina.

There’s a DVD that commemorates the release of Apostrophe’ and Overnite Sensation. They interview members of the band and they talk about recording it at Ike Turner’s studio. They even show a contract where Tina and the Ikettes got paid like $139 or something to provide un-credited backup. 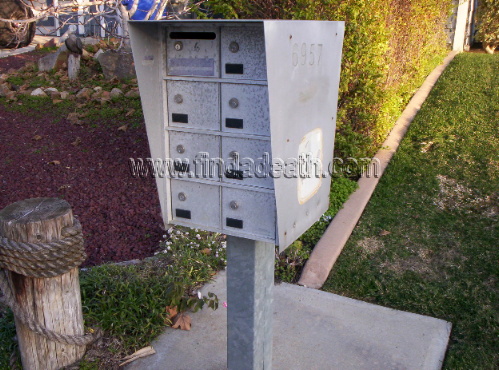 After their divorce, the closest Ike would get to a Tina reunion was via female impersonator Larry Edwards.

Thanks Peter, for the snaps.