“In Heaven everything is fine.  You got your good things, and I got mine.”

Jack Nance is best known for the starring role of Henry Spence in the David Lynch film Eraserhead. For the part he was reportedly paid $25 a week.  He appeared in almost every Lynch film after that, and also as Pete Martell in the television show Twin Peaks. Did you watch Twin Peaks?  We re-watched in 2012 and it’s still fucking crazy.  I think the best part was “BOB” jumping out from behind the chair.  Scared the bejesus out of me.  I guess the man who portrayed him, Frank Silva, was a lighting guy on the film when he caught Lynch’s eye, and got the gig.  After the show ended, I understand he had a part-time gig jumping out of birthday cakes at parties. I would scream. Hell yes, I would scream. Anyway, he’s dead too.  1995.

Um… Does anyone else think that David Lynch is a euphemism for, “Huh?”

Jack’s brother Richard got in touch with me awhile back, and generously volunteered to offer some insight into Jack’s life, personality and death.

Richard:  “As [Jack’s] personality goes, he had a unique ability to take a real event and turn it into an entertaining, albeit embellished story.  He never really lied or made up stories, he just took poetic license on an event and made it interesting if not down right fascinating.” 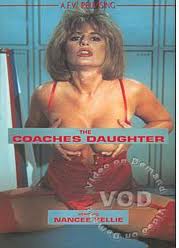 For whatever reasons, Kelly got herself involved in a number of unfortunate events with some creepy characters; some involved in porn, some just plain criminals. As the rumors began to persist and it was catching up with her, the marriage began to suffer. When Jack was filming Meatballs 4 in Oregon, she decided to end her life. Jack and Kelly were on the phone, she was threatening suicide, Jack was trying to console her. She then hanged herself. (Jack told me, and also in a filmed interview with a news program, that he heard her do it). At that moment, a lightning storm knocked out the phones in Oregon. It took Jack and the director over 45 minutes to find a deputy sheriff who contacted LA police and the apartment manager. They broke in and found her dead.”

Kelly committed suicide by hanging herself six months into her marriage to Jack.  According to published sources at the time, Kelly’s corpse was discovered by none other than Wednesday Addams herself, Lisa Loring.

Richard:  “That made profitable fodder for Lisa when selling that story to magazines, but it’s not true.” 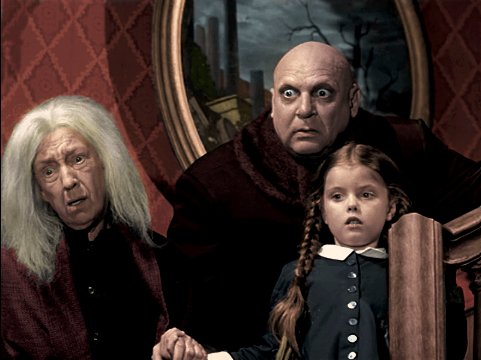 Richard: Later that week our mother, with my wife’s help, cleaned up the bedroom where Kelly hanged herself (hanging is not the “clean” way to go, and certainly not the painless way; there was considerable blood and vomit on the floor).

Kelly’s ashes were scattered off the coast near San Pedro. I attended the ceremony aboard the boat with other family members including her father, Jerry Van Dyke and uncle Dick Van Dyke. I never saw a more shattered father.  Suicide seems to double the effect of the death of one’s child, or spouse.  Endless guilt and unanswered questions on the part of the family, parents and husband.

In 1996, Jack Nance was living in South Pasadena, on S. Fair Oaks in this apartment building. 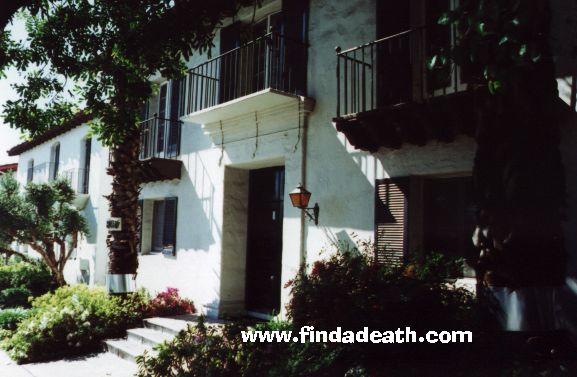 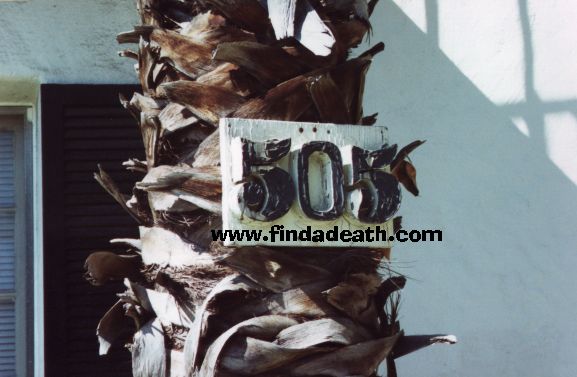 Jack’s memory of Kelly remained strong to the end. There was a virtual shrine to her in his bedroom at his house in Dallas. The fear among family and friends is that her death would push Jack over the edge and he would take up drinking again (he had been clean and sober for over nine years). He did quite well for about three years after her death, but ultimately began drinking again and Jack’s drinking wasn’t something most can relate to. 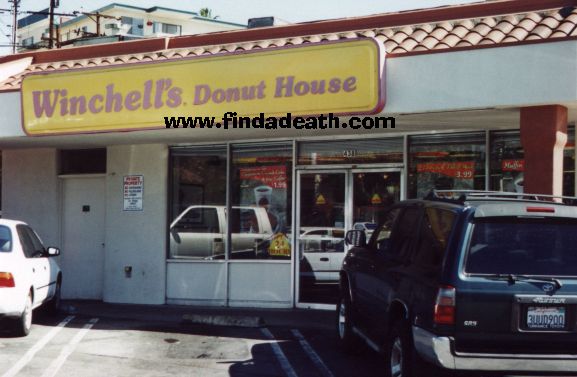 On the Sunday night of December 29, 1996, Jack was in the the donut shop when he got into an argument with two men. It went outside and turned into a full-on fistfight.  Jack got hit on the head pretty hard, but must have felt well enough.  He walked back to his apartment across the street. 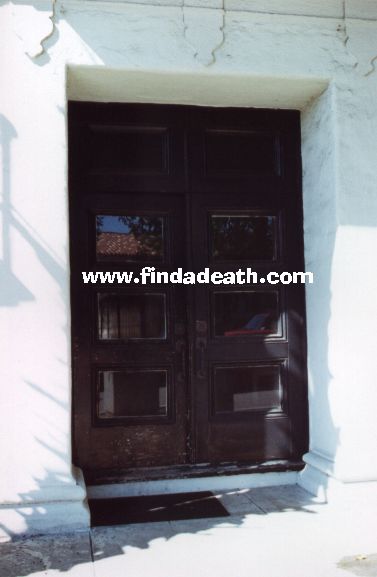 The next day, a friend stopped by to check on him, and found him dead. Homicide detectives announced that Jack had blunt-force head injuries.  During the autopsy it was confirmed that he suffered acute subdural hematoma which lead to his death.
Think Natasha Richardson.

Richard:  “Jack’s body was found in his apartment by Leo Bulgarini. Jack and Leo were working on a film project together along with Catherine Case. I had met Leo several months earlier but had never met Catherine, though I knew her name from Jack’s conversations.

According to Leo and Catherine: Jack went to Leo and Catherine’s place to work on the project and showed up with a small crescent-shaped bruise under his eye. Catherine questioned him about it and assumed he had gotten drunk and hurt himself. He said he had “popped-off” to a couple of Latino guys in the parking lot of the donut shop at 5:00 AM that day. He told them to get a haircut and get a job. One of them then socked him in the eye, his glasses flew off and he went down.”

They worked for a bit on the project and Jack went home complaining of a headache. Leo went over to check on him later and found the body. This, according to their interview.” 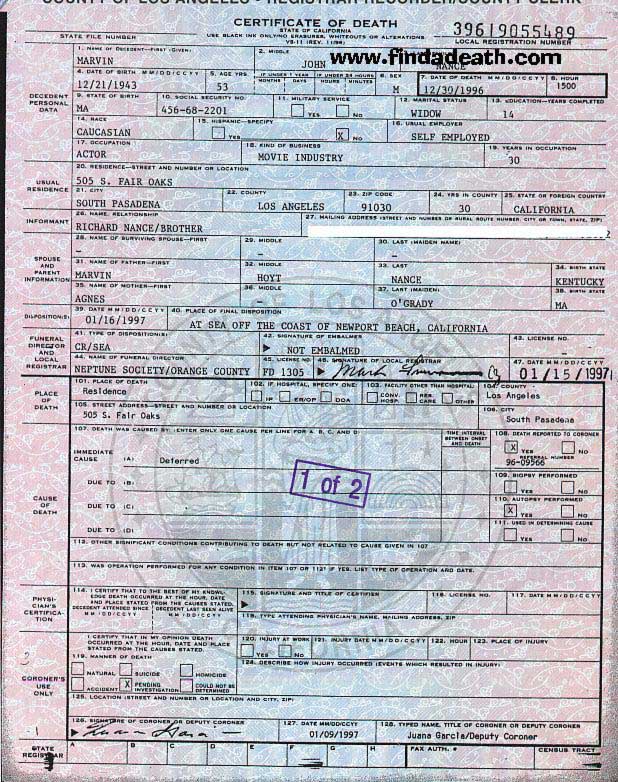 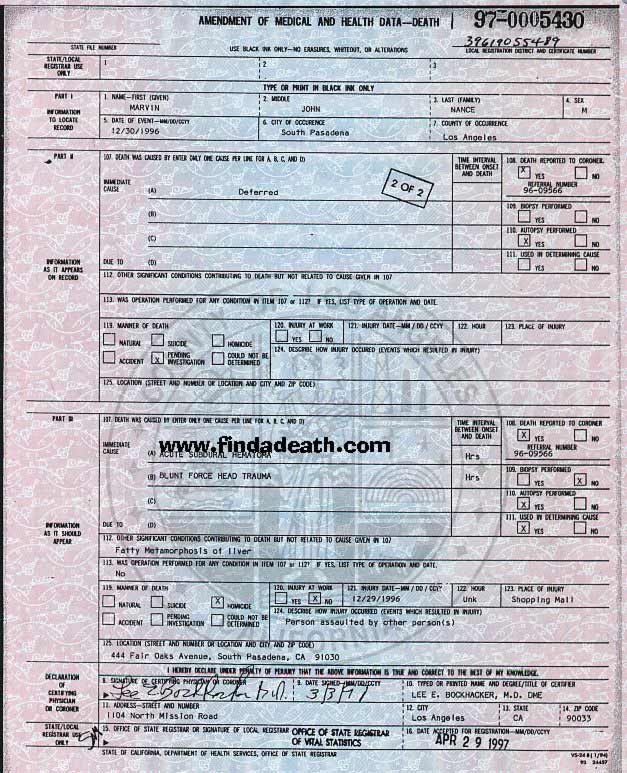 Richard: “Jack was a notorious late sleeper.  5:00AM at a donut shop seems unrealistic. Also never ate donuts, but would drink coffee all day. What is believable, is Jack confronting the men.  He could have quite a mouth on him when drinking and didn’t much care about the size or number of potential adversaries (Jack was 5′ 6” and about 150 lbs). Also, Jack and I had numerous conversations involving Catherine and Leo, and I know he thought the world of both of them.  I never heard him say anything critical about either.”

There are a number of questions in the minds of Jack’s friends and family which remain unanswered:

Did Jack tell the truth to Catherine about the altercation in the parking lot?

Was Leo and Catherine’s account of Jack’s report accurate?

Did Jack hurt himself while drinking and simply make up the story?

Did it happen just the way Jack reported it to Leo and Catherine?

Officially, it remains an unsolved homicide.

Kelly Van Dyke’s manner of death ultimately affected my brother to the point of steering himself into a self-destructive lifestyle (at least in the final 3-4 months). He ran his physical condition down to point that it would only take a sock in the eye to kill him and he knew it.

The further effect was on our mother. Distraught enough over the suicide and clean up of her daughter in law, the death of her first born was more than she could deal with. Insisting upon receiving copies of reports and photos of Jack from the LA Coroner office, the last image of her oldest son in her mind was a police photo of Jack lying on the bathroom floor in his apartment dead. It took several months, but after she refused to leave her bedroom, or eat for those several months, she died of grief and malnutrition while talking to Jack; five years after his death.

Scott, I appreciate the opportunity to express some views regarding my brother Jack.  – Richard Nance October 2003 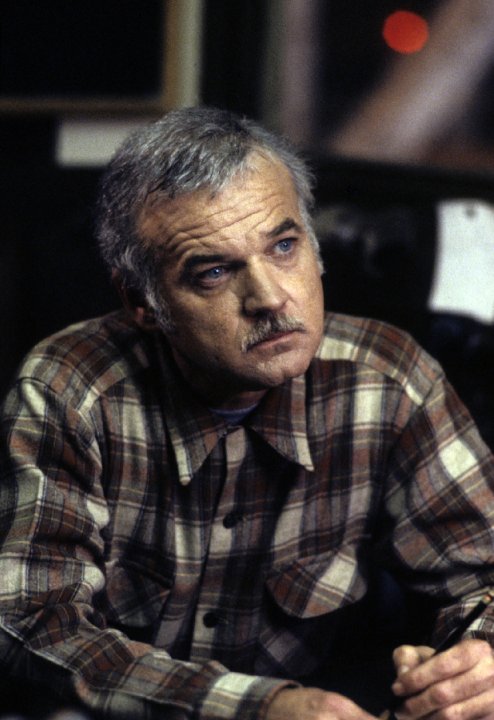 David Lynch said of Nance, “Sometimes people irritated Jack, so he’d be verbally abusive. “He was in poor physical shape (he drank), and Jack always said that he wouldn’t be hard to kill.” Ah, light dinner conversation at the Lynch’s.

Jack’s body was cremated, and he was scattered off the coast of Orange County.

Findadeath.com friend Michelle sends us this:  This really has nothing to do with Nance, but I was reading your info on him and you make a reference to Frank Silva, the guy that played Bob — the spooky one. He worked in the AD and, as the legend goes, he accidentally got in a shot (reflected in a mirror). It freaked Lynch out (imagine, there’s actually something that can give D.L. the creeps) and Lynch decided to use him for that sole purpose. Personally, I thought Eraserhead was much creepier than Twin Peaks. Another bit of trivia, Eraserhead took 5 years to film and was financially backed by D.L.’s family and friends. 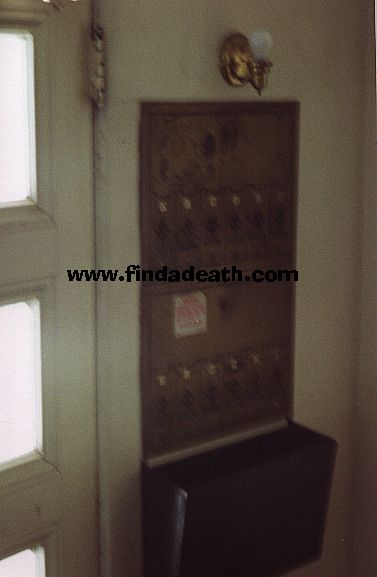